Budenovka: The story of a famous symbol of the Red Army (PHOTOS) 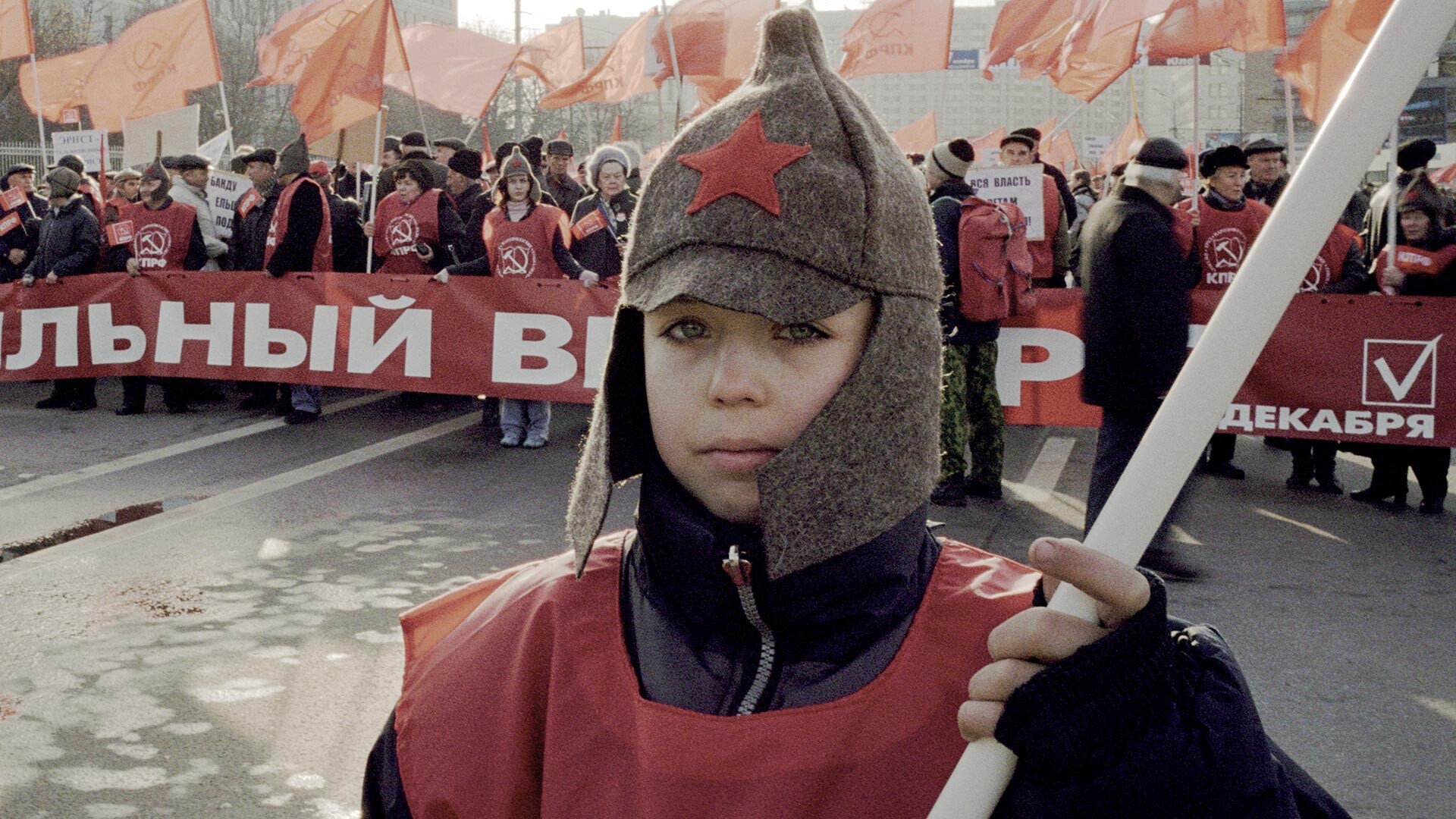 Vladimir Vyatkin/Sputnik
How a helmet, widely used after the Revolution, became one of the USSR’s main symbols.

"Have You Volunteered?" - Dmitry Moor's poster from the time of the Russian Civil War (1918-1920) is probably one of the most famous images in the world. It portrays a Red Army soldier in a hat that has gone down in history by the name of "budenovka". 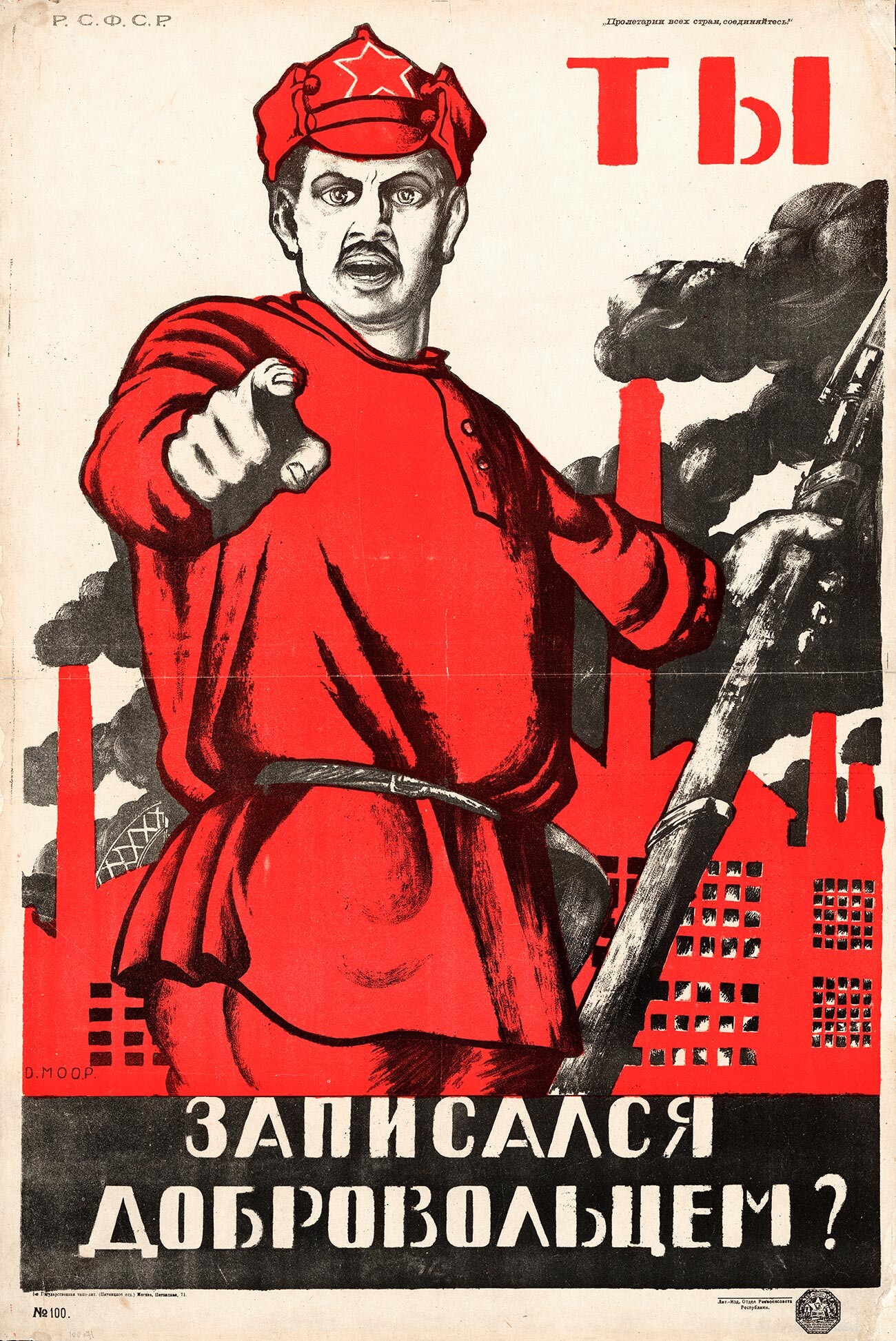 The hat was adopted in 1918 as the winter headdress of the Workers' and Peasants' Red Army. An order of the Revolutionary Military Council described in detail what this part of the uniform should look like: "A hat following the shape of the head, narrowing towards the top and having the appearance of a helmet, with flexible neck flap and peak." 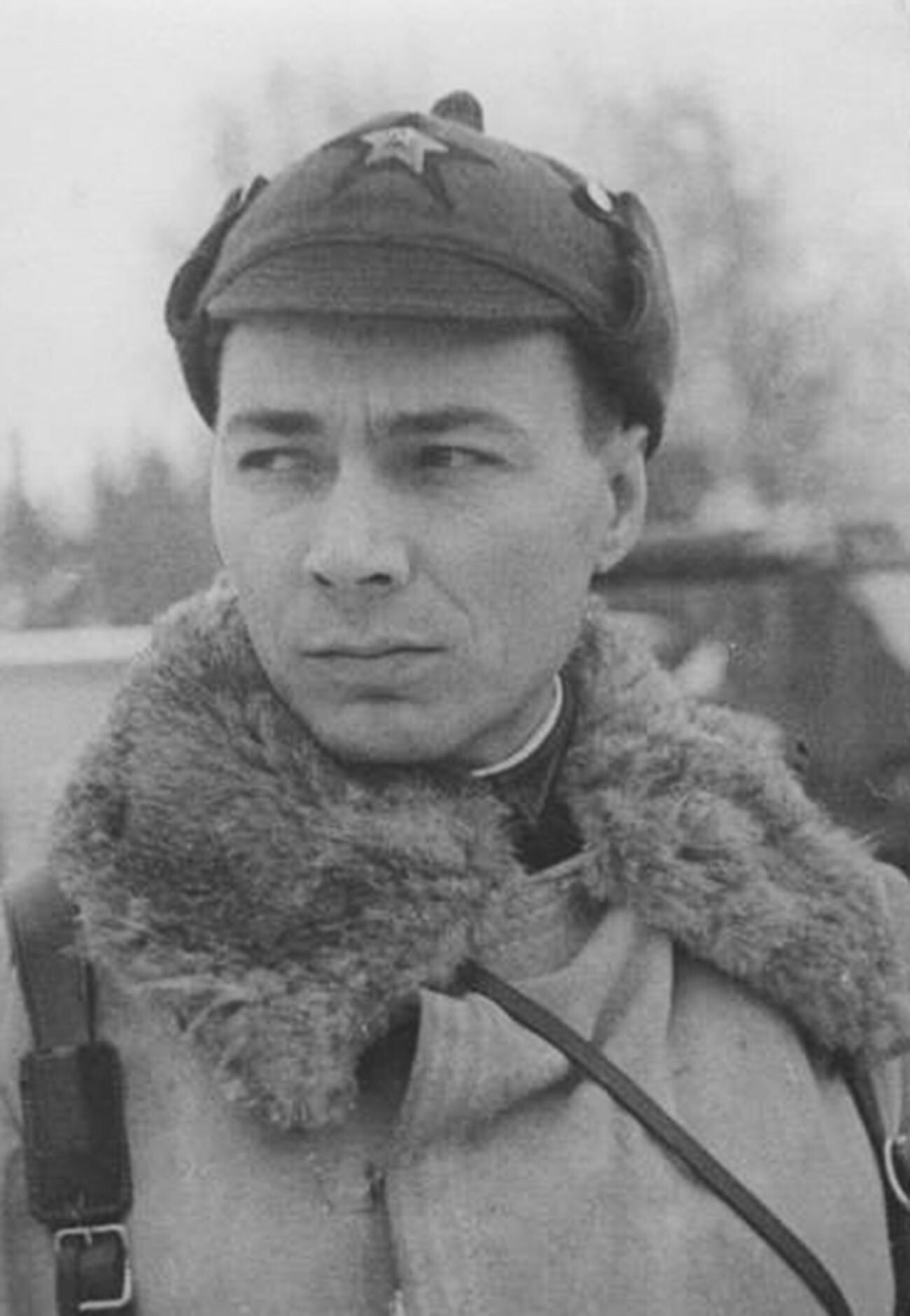 It was made of six identical, wedge-shaped pieces of khaki-coloured army broadcloth. A five-pointed star (blue or red in color) was sewn in the front, to which a cherry-colored cockade-style badge was affixed. Early cockades bore a hammer and plow motif, while later versions carried the Soviet hammer and sickle. 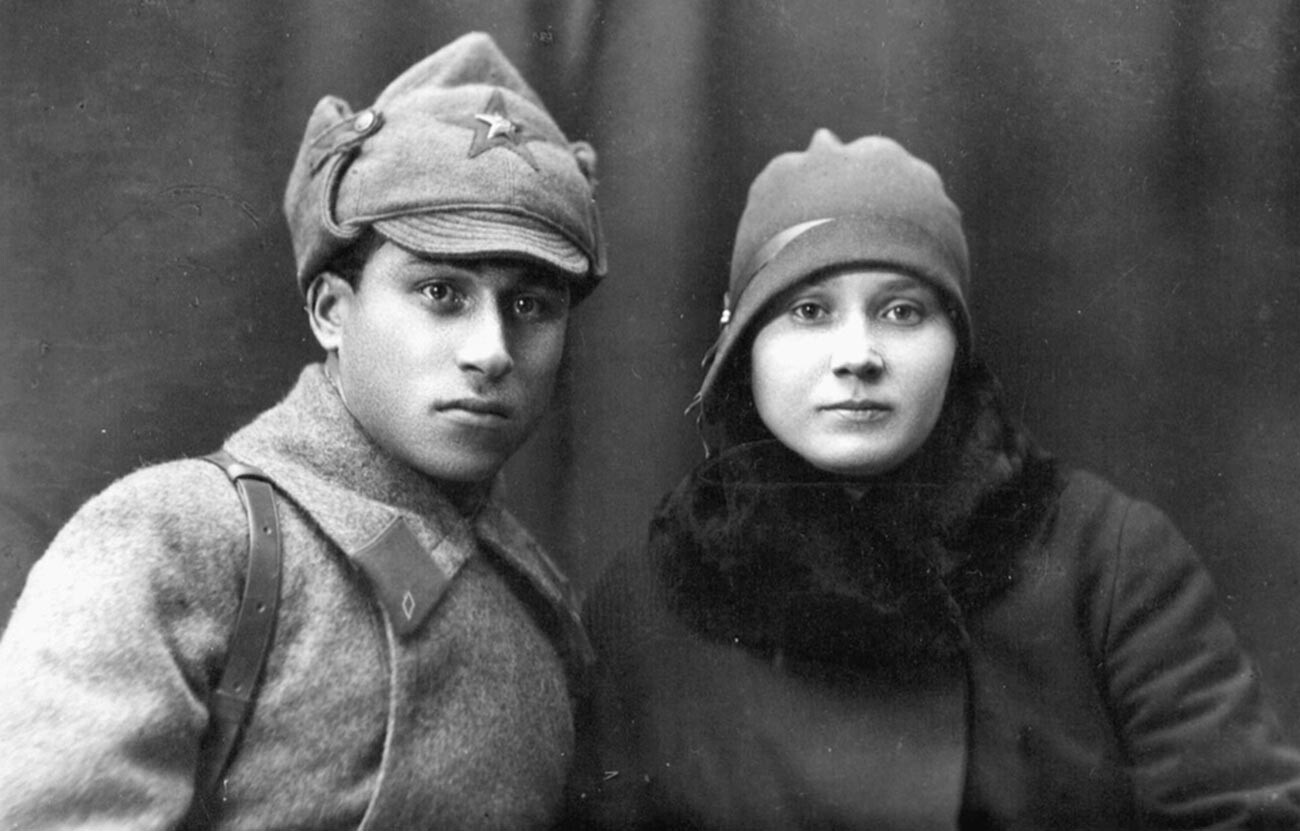 Arguments still rage over the origins of the revolutionary hat. According to some accounts, a broadcloth helmet of this design was made in Tsarist times, and it was intended for use in a parade to mark a potential victory in World War I. The parade never took place, of course, as the Russian defeat and then 1917 Revolution intervened. So the helmets were left lying around in warehouses. The Bolsheviks simply recycled them, adding the red star. 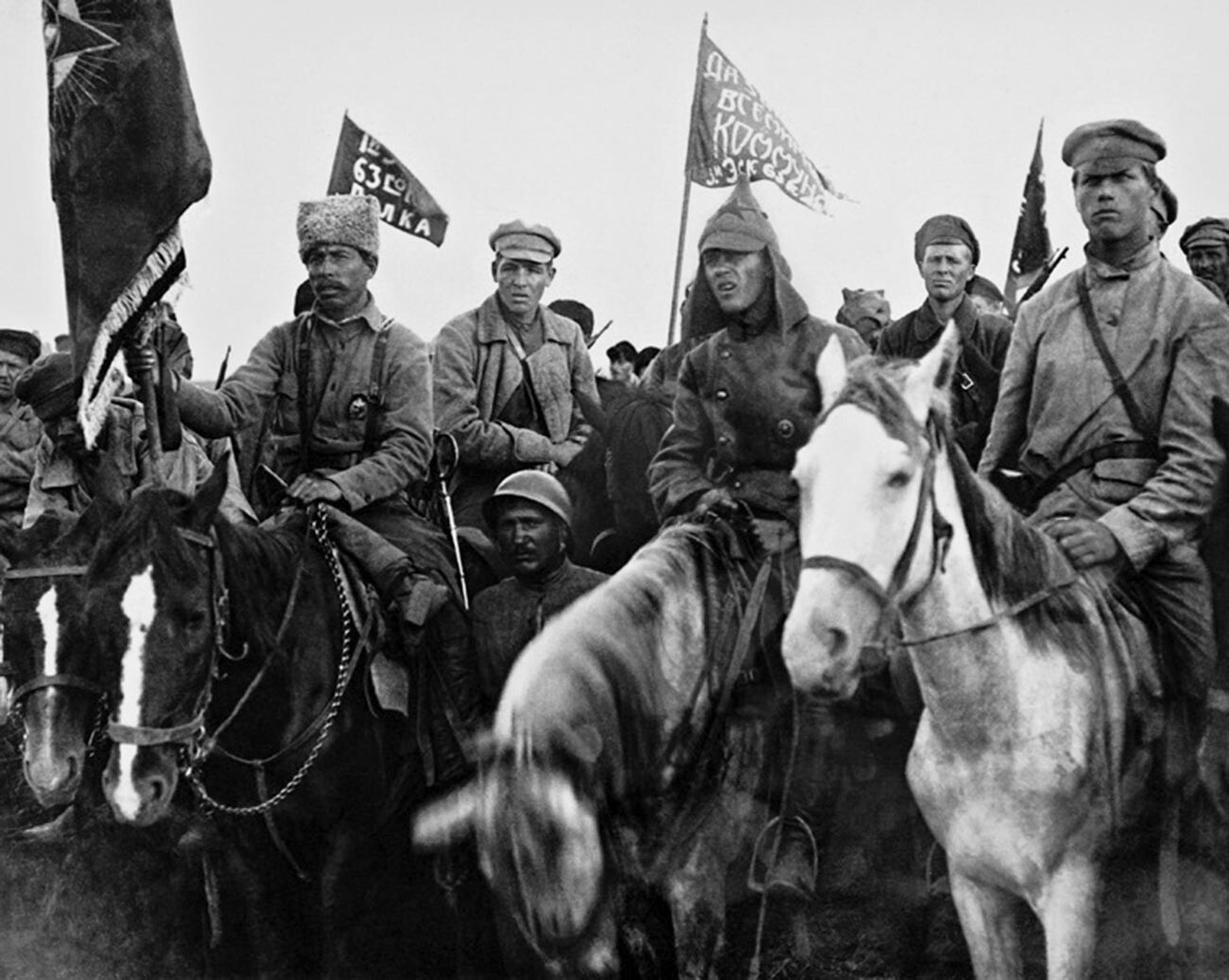 This theory has not been confirmed, however, and that’s why historians tend to believe that the hat was designed by the Bolsheviks during the Civil War. What’s more, a competition was announced for the design of the future budenovka in which well-known artists, including Boris Kustodiev, took part. 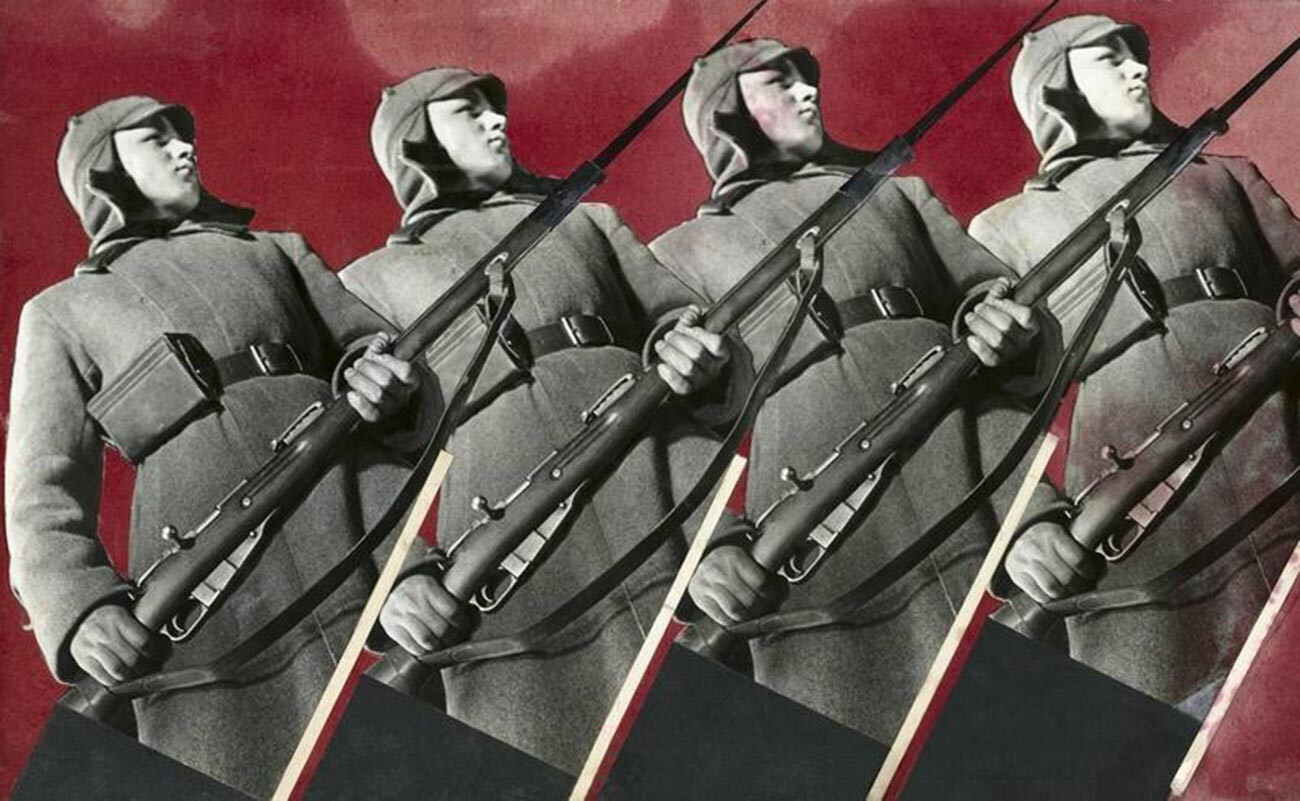 In its design, the budenovka recalls the ancient yerikhonka ("cap of Jericho") helmet worn by bogatyrs, the legendary heroes of Russian folklore. That‘s why the original name of the budenovka was bogatyrka. 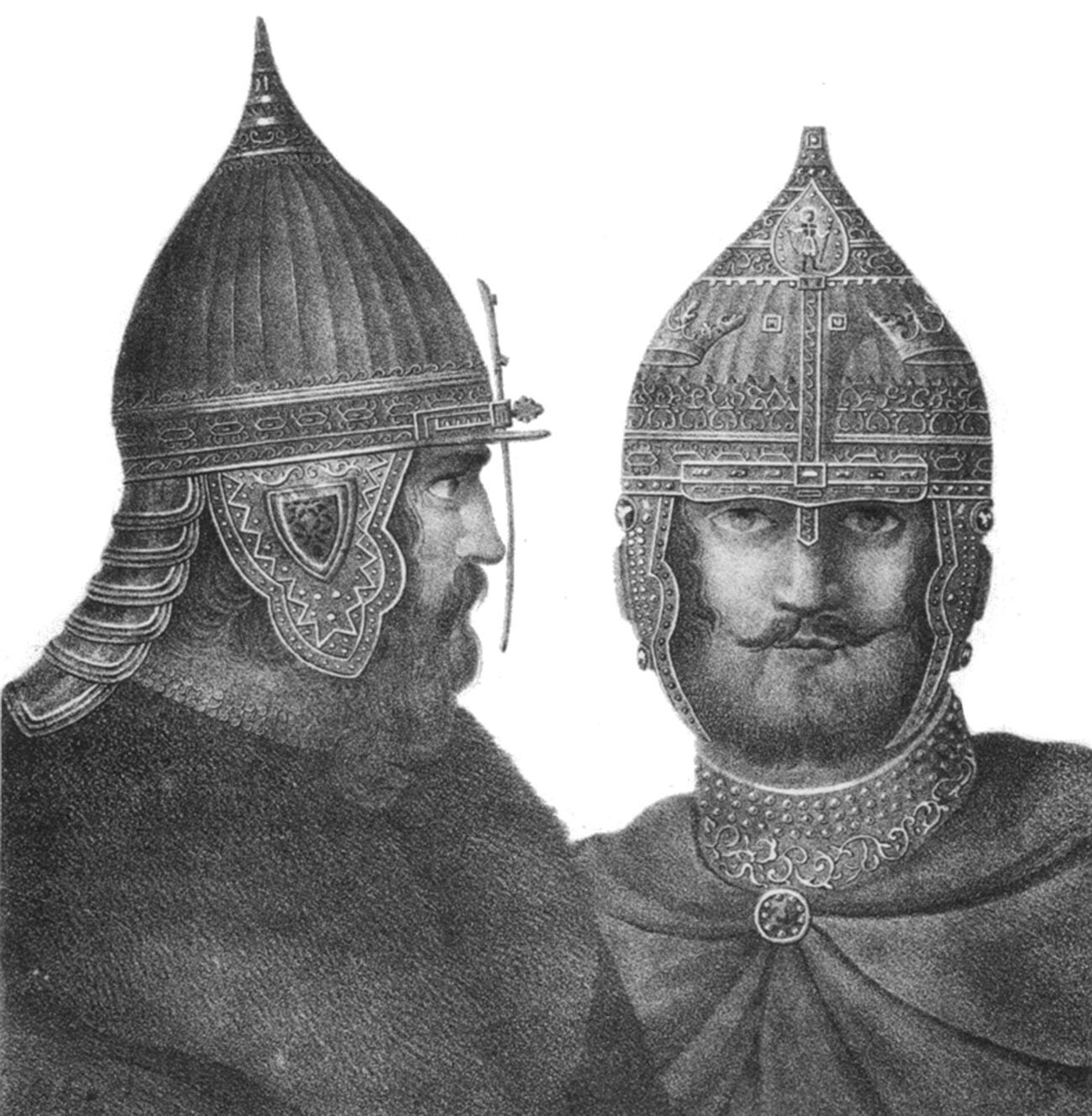 Such helmets are depicted in Viktor Vasnetsov's painting "The Bogatyrs", and that’s how the idea arose that Vasnetsov had "invented" the design of the budenovka. But there ‘s no evidence to confirm this theory. 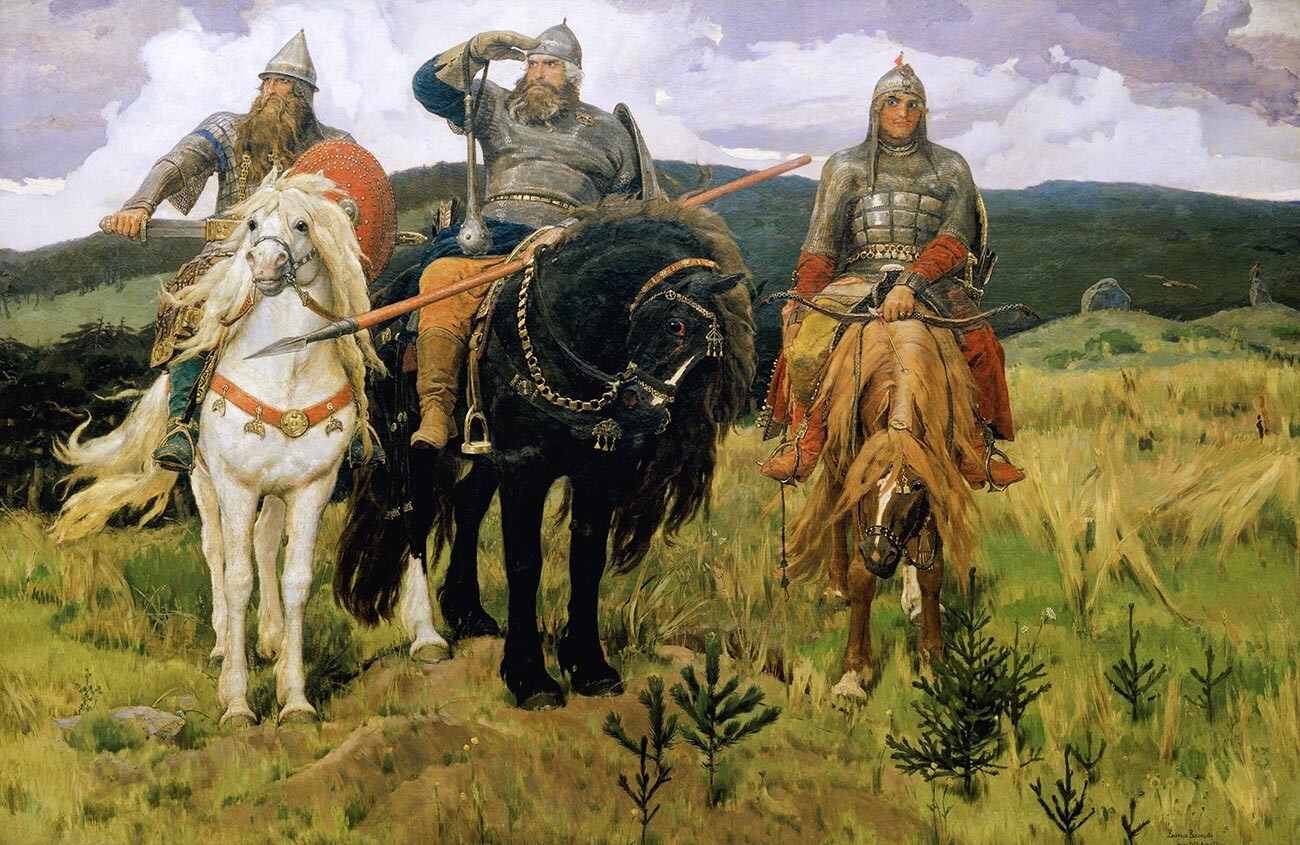 The budenovka was worn by Red Army detachments throughout the Civil War. But the name budenovka only appeared after the war. 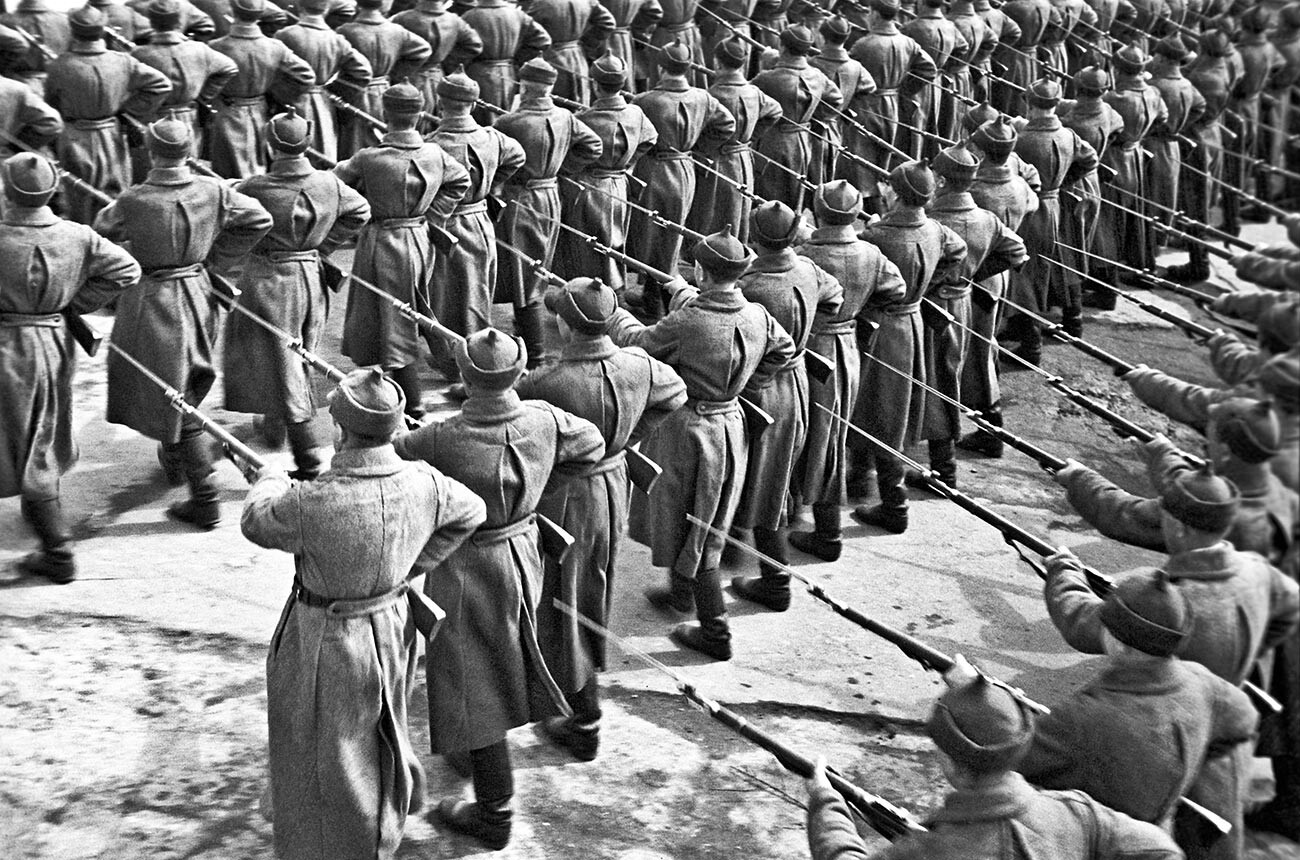 The hat was adopted by several armies - including Mikhail Frunze's Southern Front (photo left) and Semyon Budyonny's Cavalry Army. Initially, the hat was named both frunzenka and budenovka after the two respective commanders. 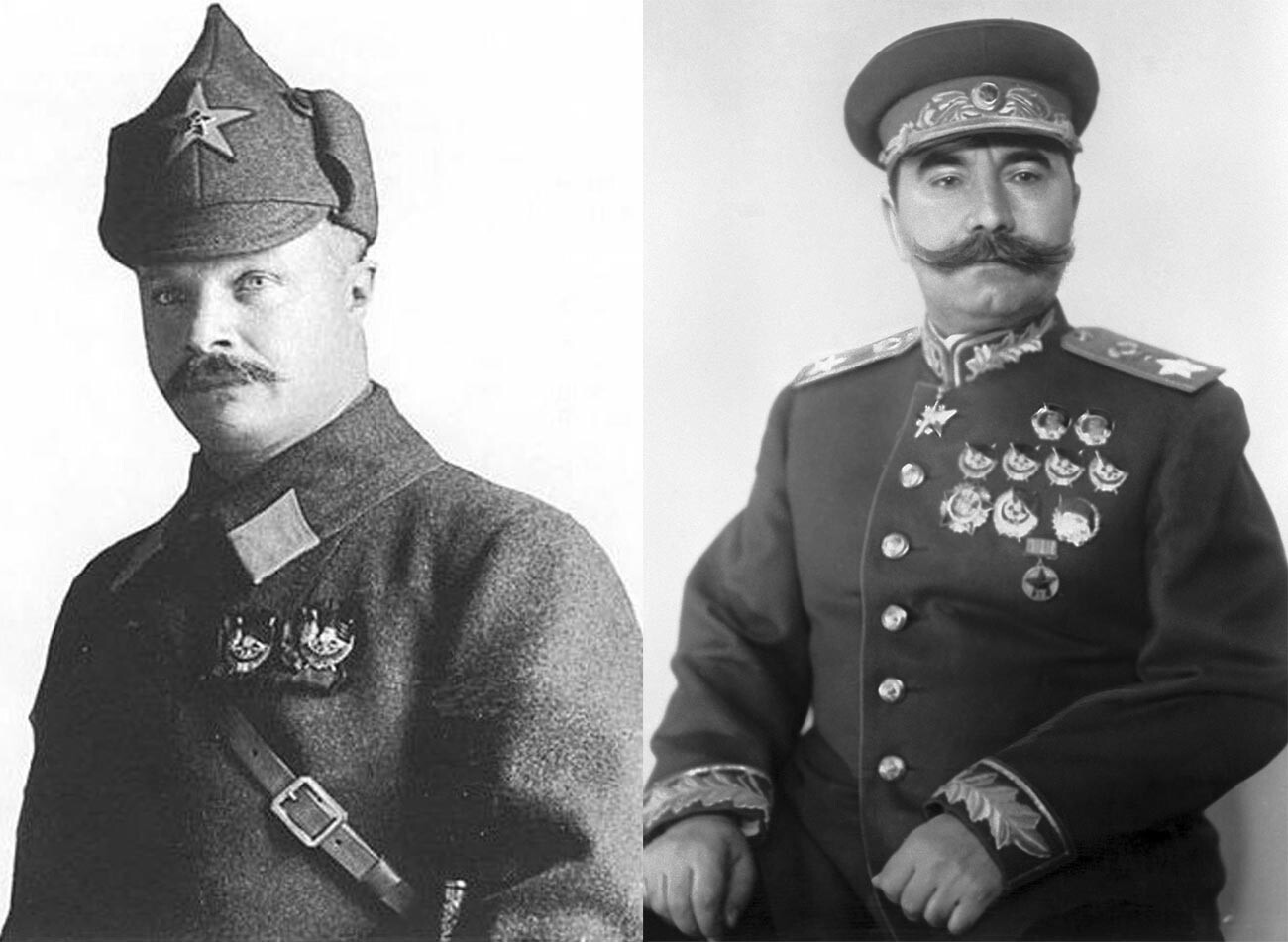 But the name budenovka caught the popular imagination, perhaps because of the high esteemspecial fondness in which Semyon Budyonny was held. The photo below shows Budyonny immortalized in a budenovka (third left) among a group of American senators on Red Square. 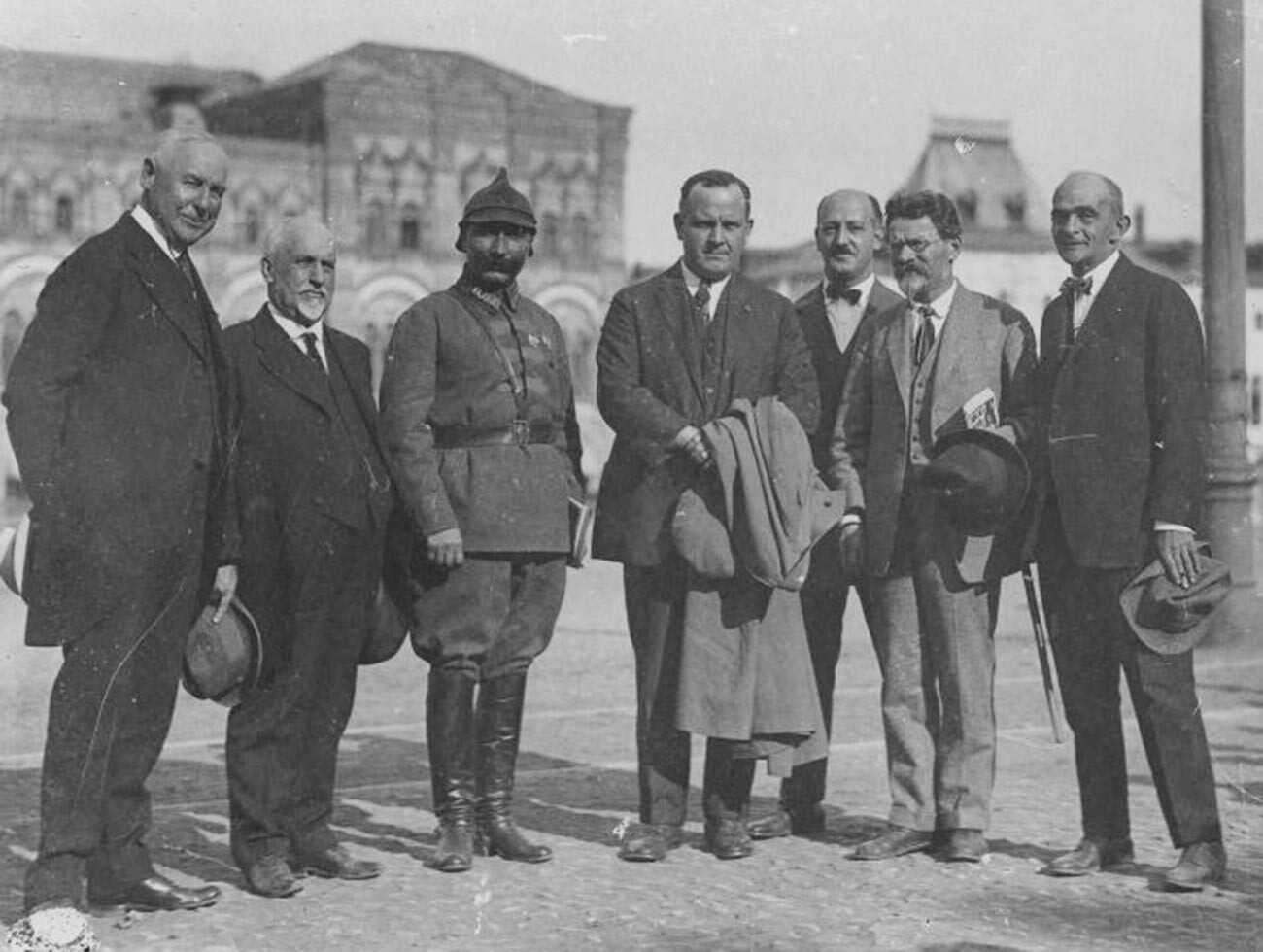 The budenovka isn't just a piece of headgear - it became a symbol of the Revolution and the political struggle of the Reds, and an important symbol that was extensively used by Soviet propaganda. The budenovka was above all a central feature of parades marking the Revolution’s anniversaries - even over-sized versions such as this one. 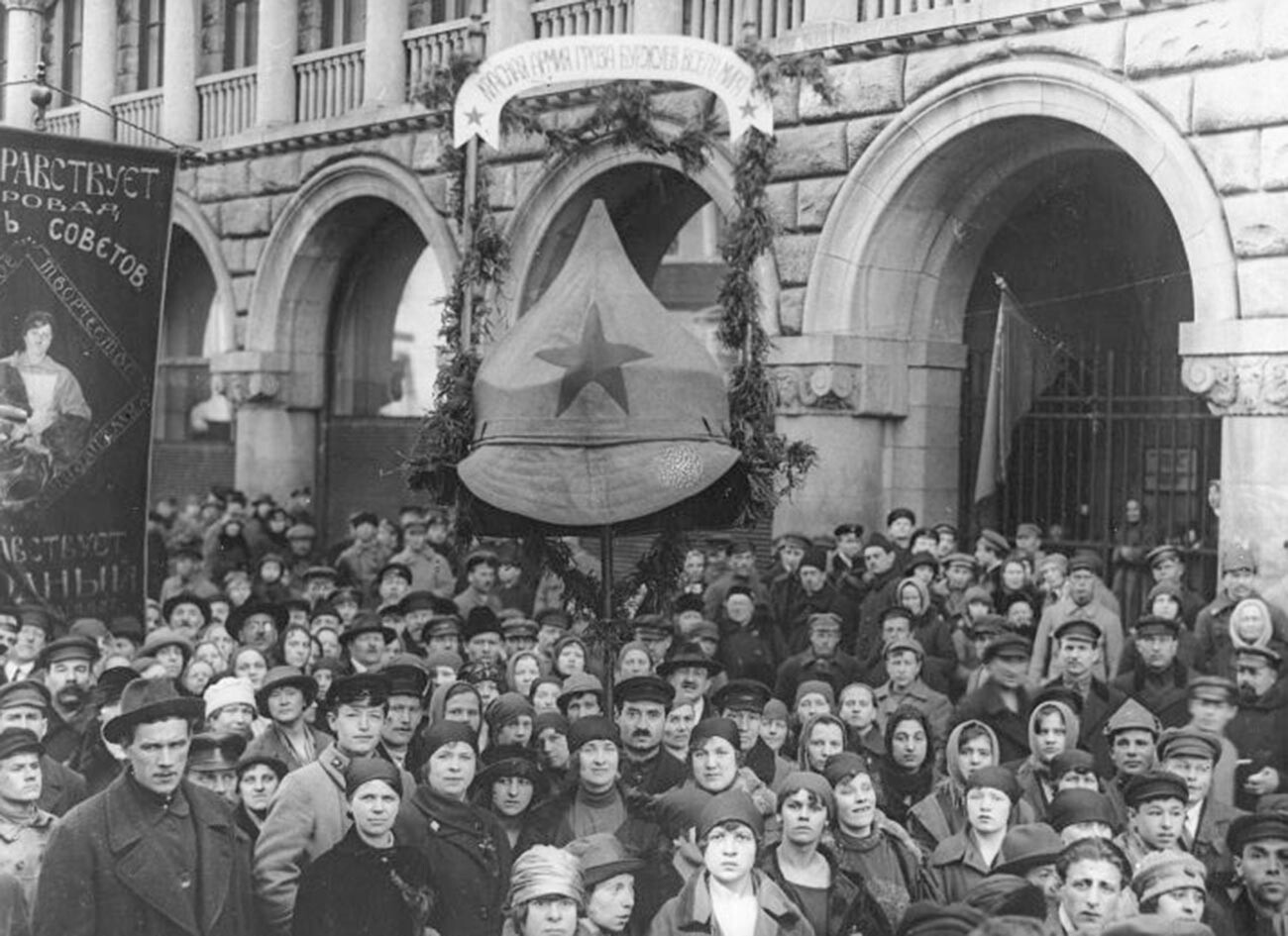 A budenovka was worn by the heroes of popular Soviet films such as the Red Army soldier, Petrukha, in 'White Sun of the Desert'. 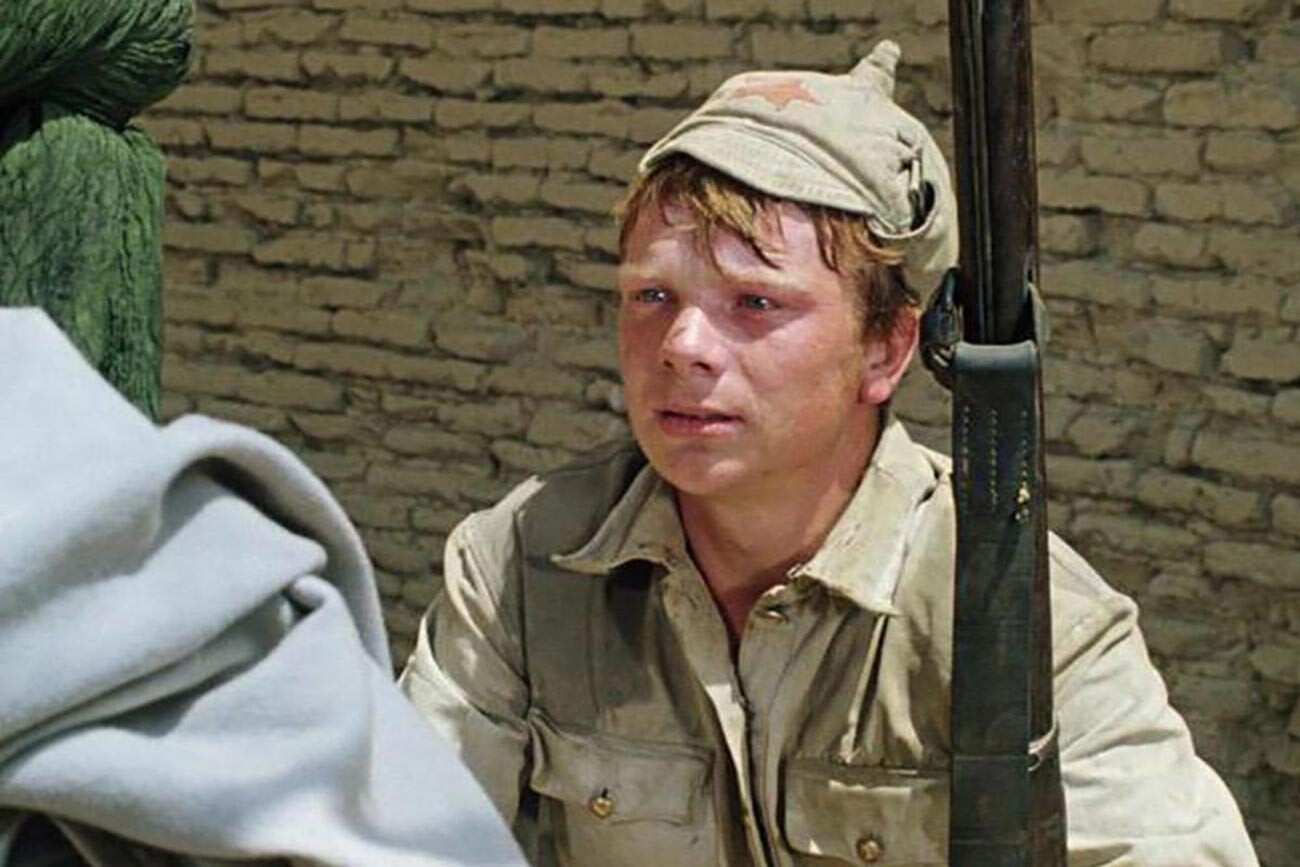 Also, Grandfather Nechipor in the film 'Wedding in Malinovka' alternately puts on his budenovka and takes it off again according to whoever is in charge of his village at any moment during the Civil War. 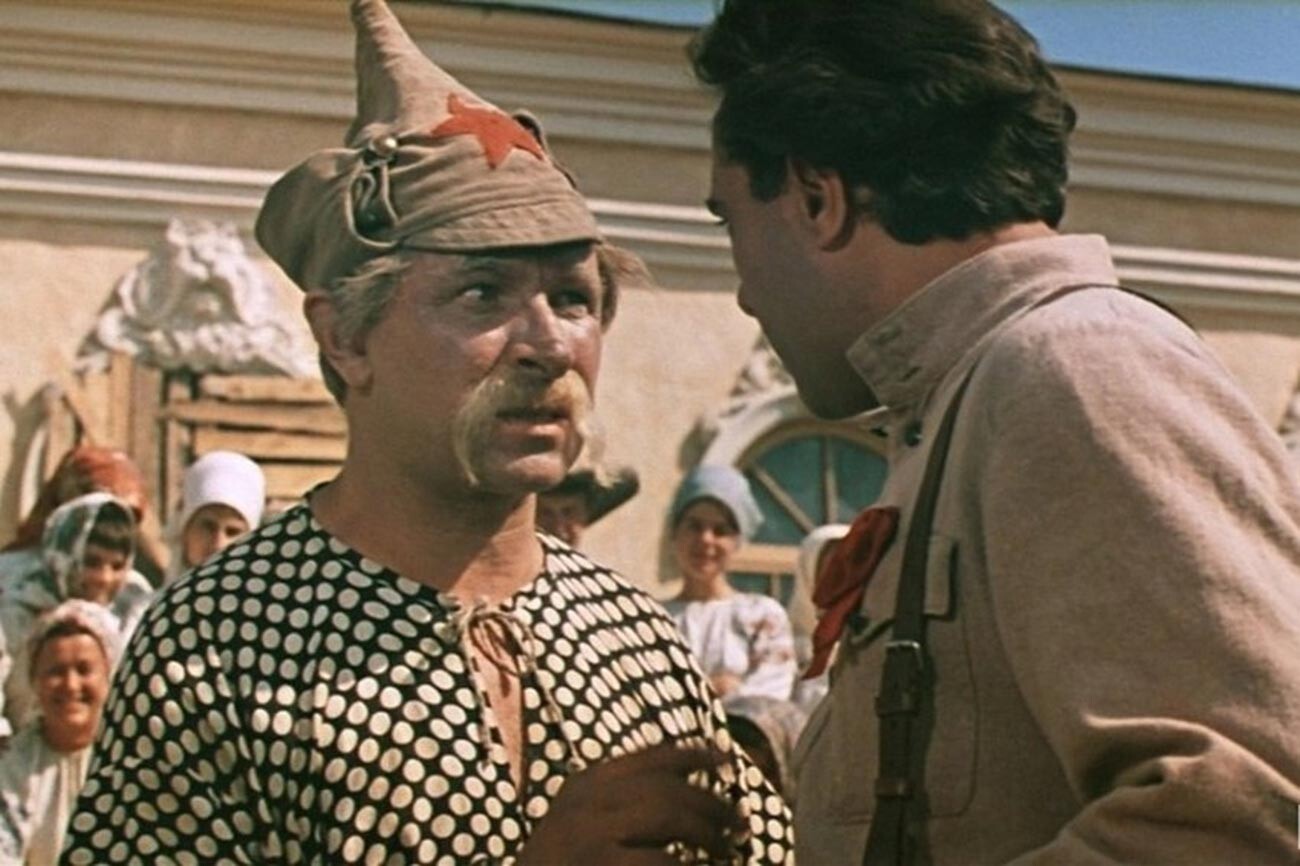 Then there are the celebrated young heroes of the revolutionary struggle from the film 'The Elusive Avengers'. 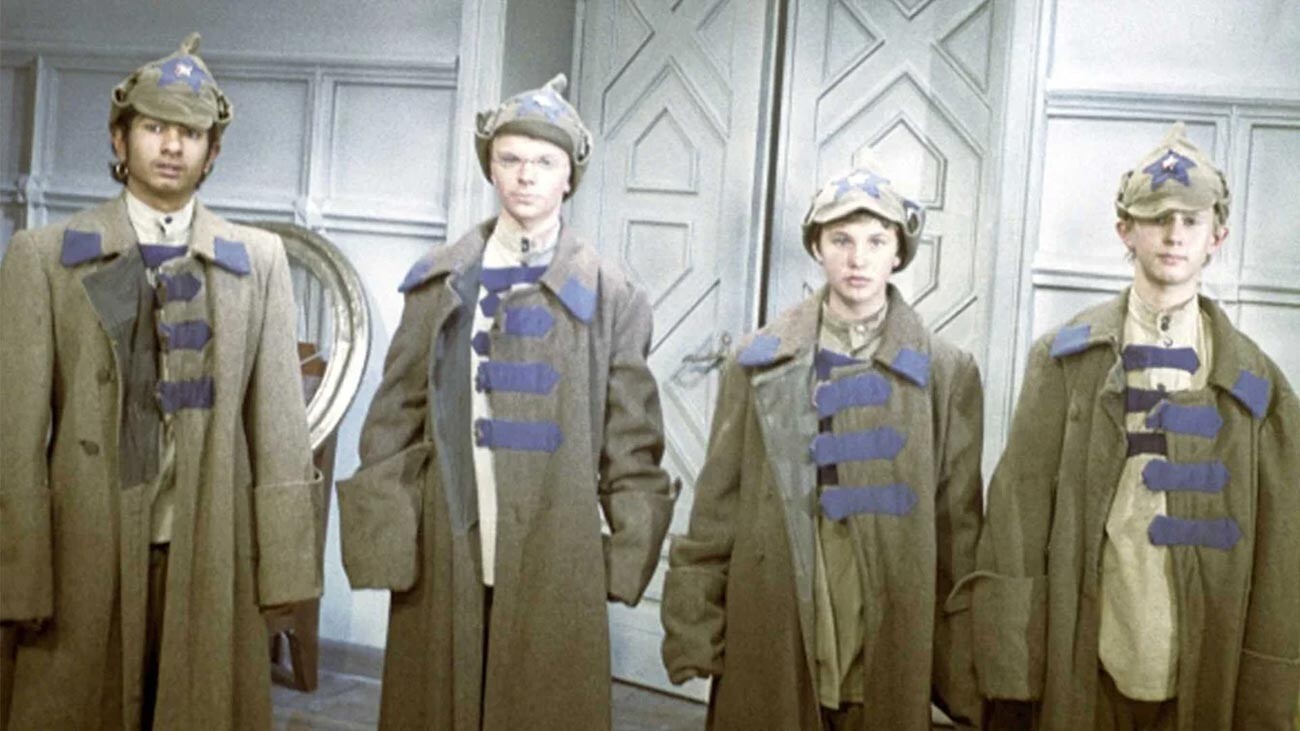 Use of the budenovka was discontinued in 1940 and was replaced by a warmer ushanka earflap-hat. The budenovka had by then managed to become an iconic symbol.  It was worn during various rallies, and children played in old budenovkas that had once belonged to their fathers or grandfathers. 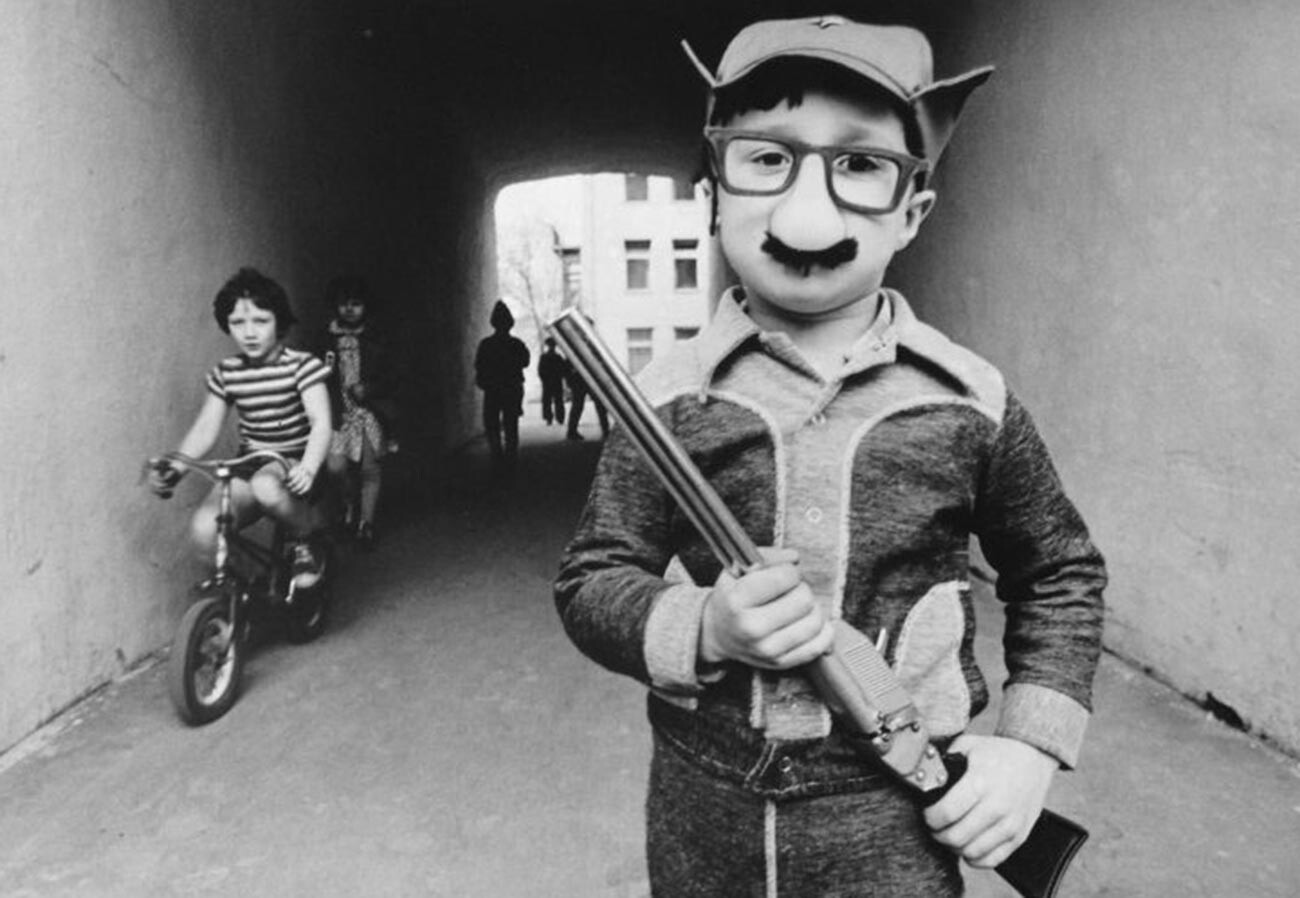 The budenovka can be consideredsaid to be one of Russia's collective cultural symbols. "My Motherland where does it begin?/ It begins with lights burning in distant windows/ With father's old budenovka/ That we found in a cupboard somewhere," are the words of the well-known Soviet song from the film series, 'The Shield and the Sword'... Today, the hat can often be seen at military reenactments and parades. 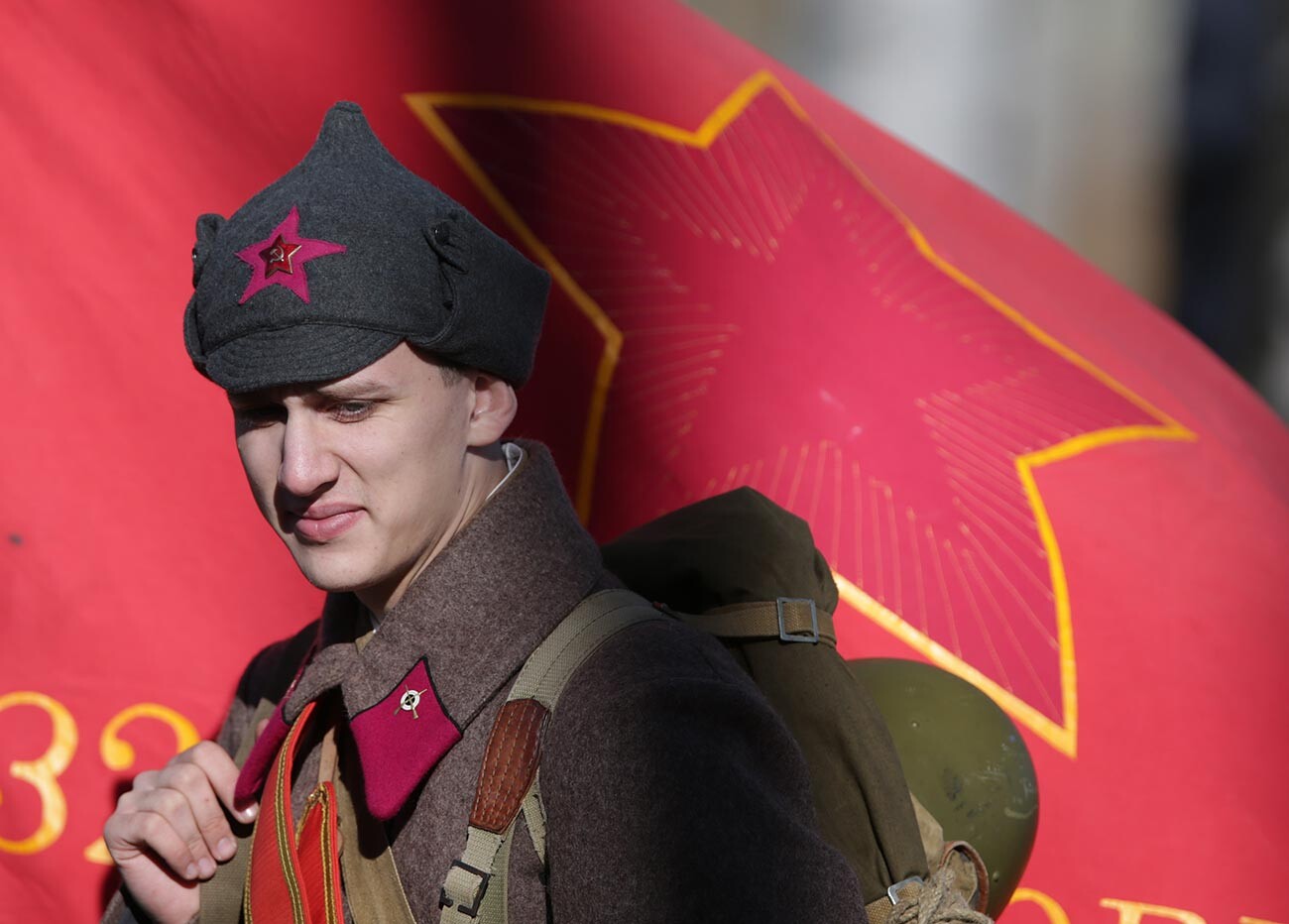 These days, the budenovka is regarded as an essential part of the "Russian" fashion look - along with the kokoshnik headdress and the ushanka earflap-hat. That’s why, for instance, Russian fanssupporters wear a budenovka for matches when the national team is playing. 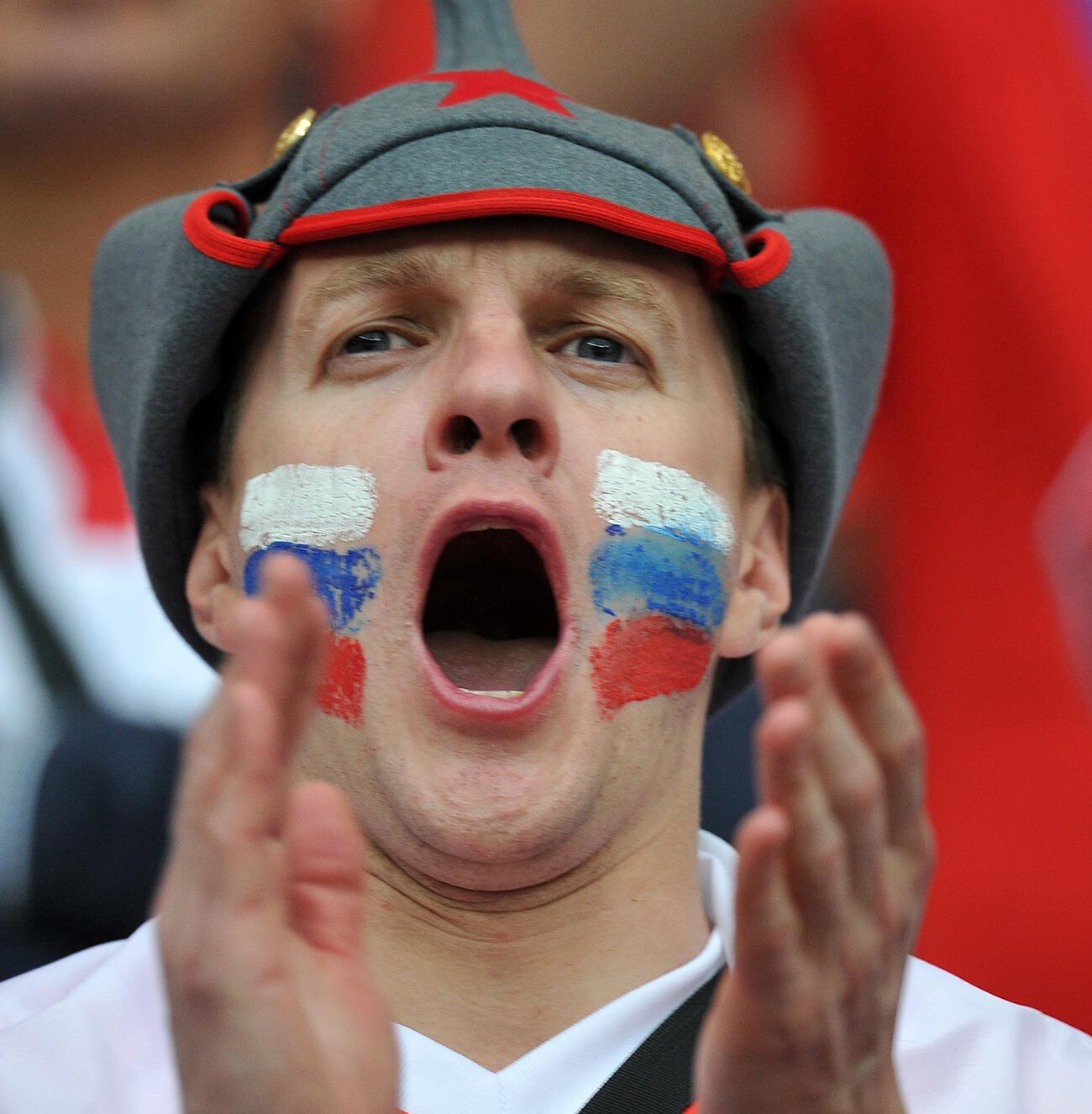 Fashion Ddesigners base fashionable military-style hats on the budenovka motif - this photo shows an example from the 2008 Marianna Rosenfeld collection («ROSENFELD»). 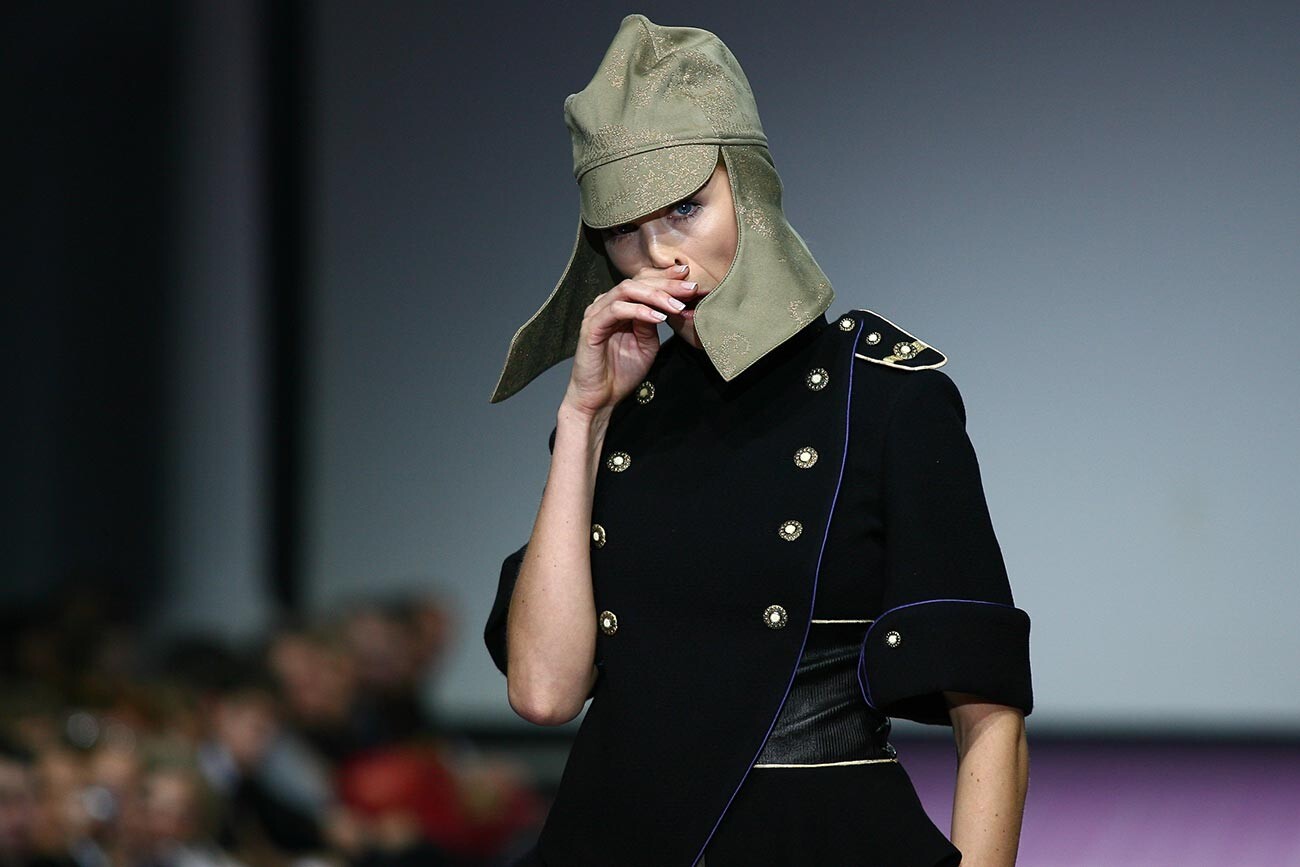 And finally, a budenovka is an excellent Russian style souvenir. Have you gotten yours? 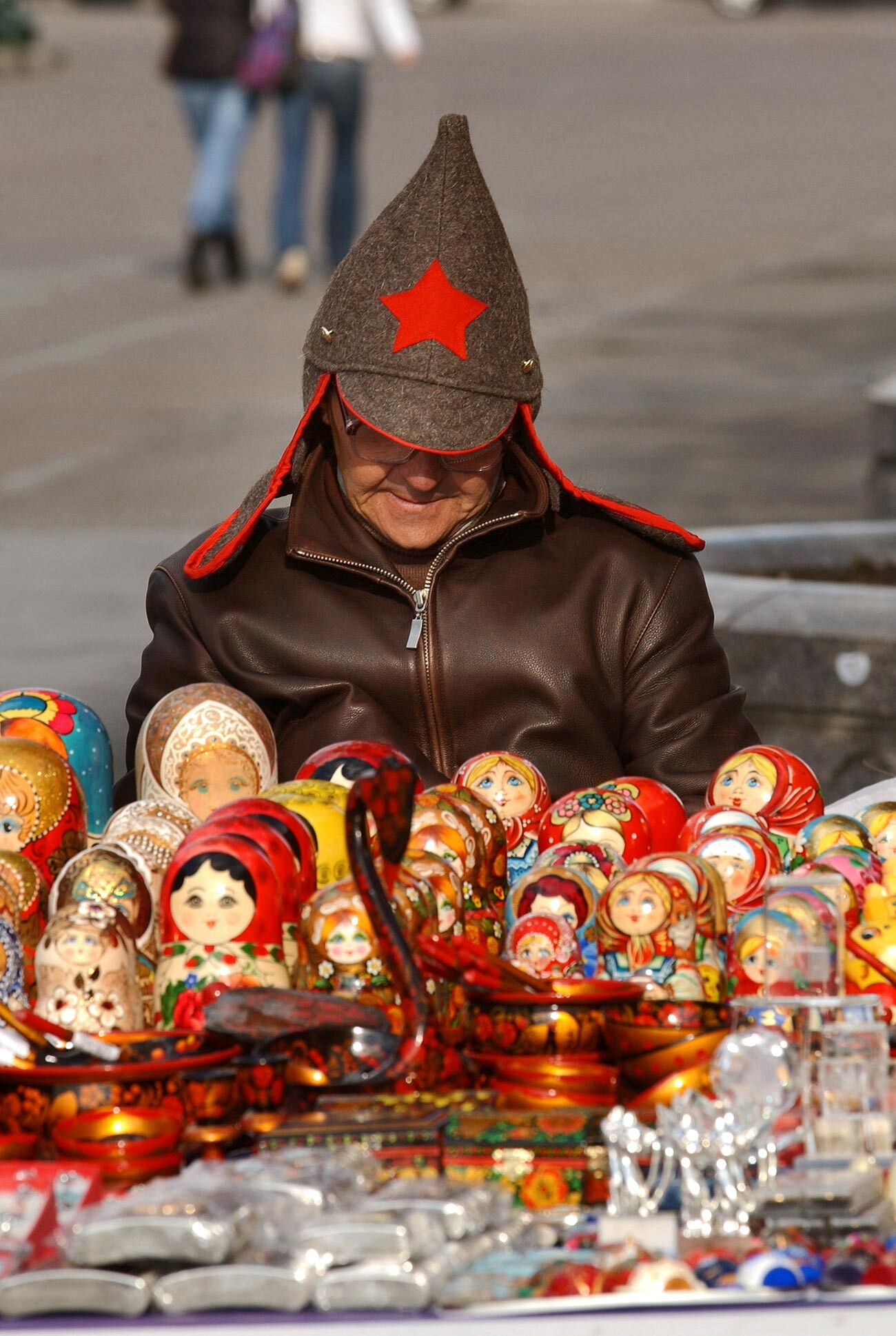