A record number of people received Russian citizenship in 2021 (INFOGRAPHIC) 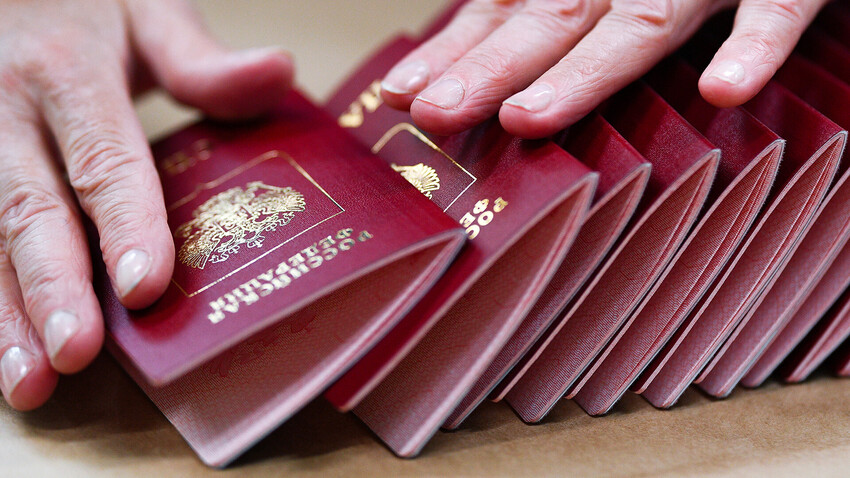 Vladimir Astapkovich/Sputnik
Last year became a record year in the number of foreigners obtaining a red Russian passport. How has this rate changed over the years? And which nationality sought it out the most?

Over the course of 2021, nearly 736 thousand foreigners obtained Russian citizenship. This was the highest figure for over 20 years, according to a FinExpertiza audit and consulting network and statistics of the Ministry of Internal Affair.

More than half of Russian passports were given to Ukrainians, mostly from the Donetsk and Luhansk People’s Republics - 51% or 376 thousand people. The top five also includes citizens of Tajikistan, Kazakhstan, Armenia and Uzbekistan.

Experts note that obtaining Russian citizenship is becoming easier every year, due to the softening of the state migration policy which began in 2019. In particular, Belarus, Kazakhstan, Moldova and Ukraine are no longer required to undertake mandatory language testing, confirm an income or renounce their existing citizenship. As a result, the number of foreigners obtaining Russian citizenship increased by 85% in 2019, by 32% and 12% - in 2020 and 2021.

As the data of the Ministry of Internal Affair shows, most people received their passports in Rostov Region (bordering Ukraine), Moscow and Moscow Region, as well as in St. Petersburg and Leningrad Region.