Lifestyle
Russia Beyond
May 1 was always the main spring holiday in the USSR. Labor and the workers of different spheres were celebrated extremely widely with parades, demonstrations and songs. Below are some photos of how it was celebrated throughout Soviet history.

Labor Day demonstrations were held in Russia even in tsarist times. However, after the Revolution, the workers became the “ruling” class and the parades became official. In the 1920s, Labor Day (it was also called ‘Day of the International’) became a nationwide holiday. 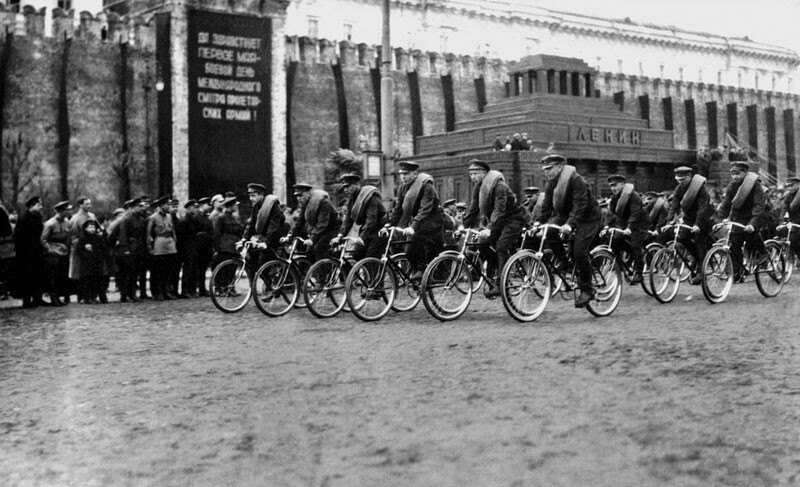 The poster says: “Forward to fight for the party’s general line!” (And the general line was collectivization and industrialization), 1935 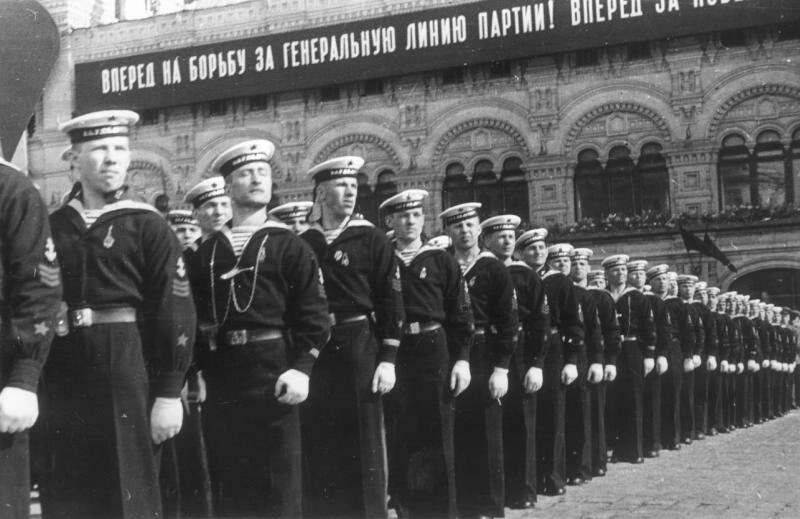 May 1 usually saw a massive parade of workers of different jobs and military men. The most impressive and huge one usually took part on Red Square in Moscow, 1940. 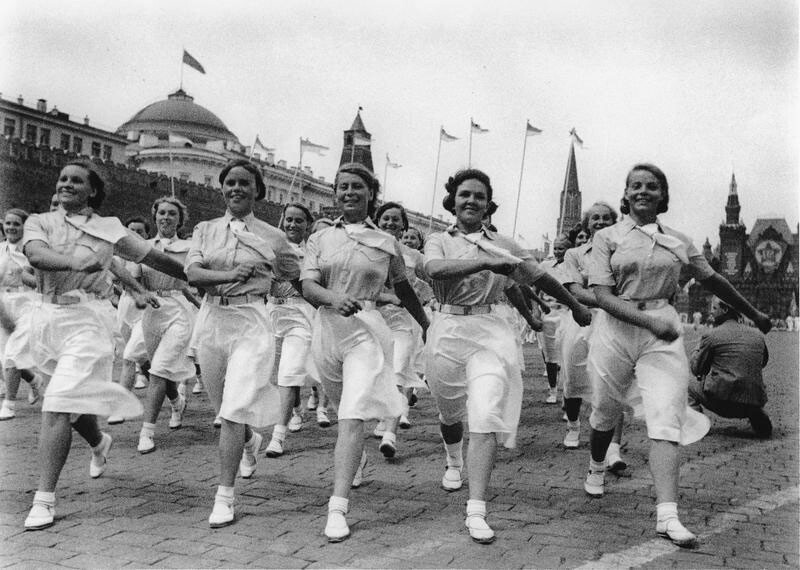 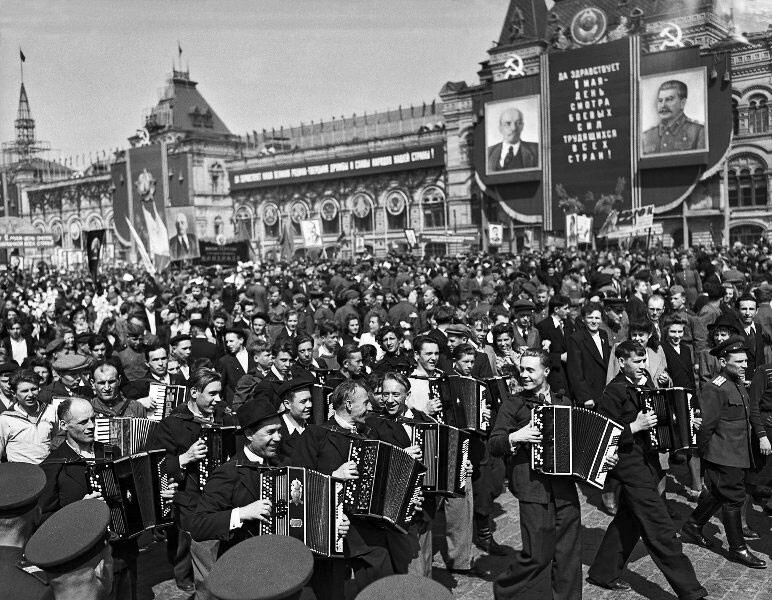 Women marching with flowers and flags during a May Day parade near the Duma building, 1950. 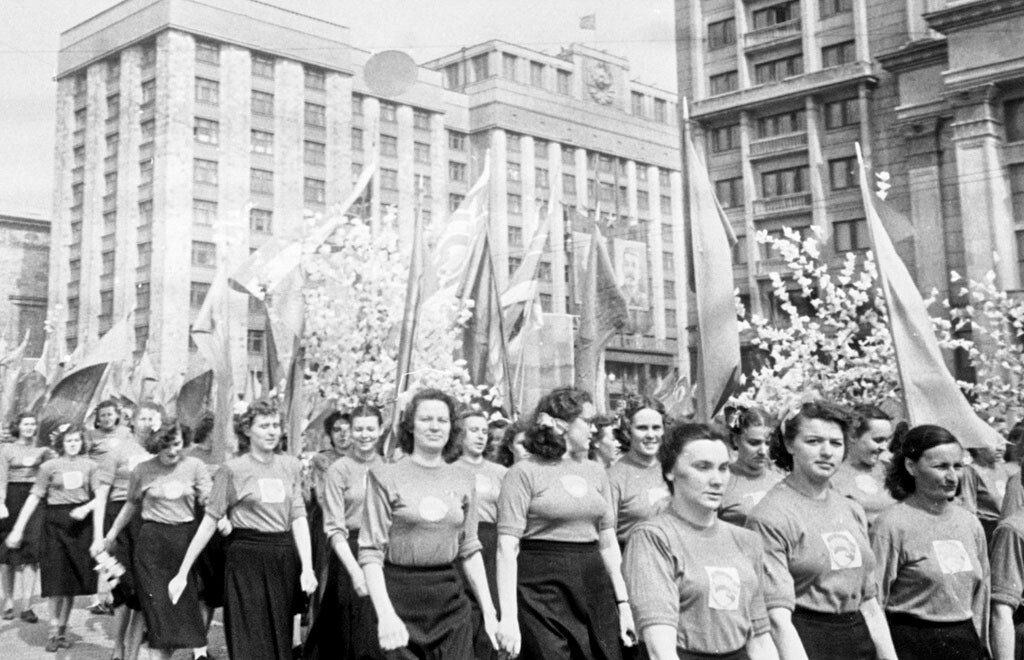 Impressive procession started from the Historical Museum and passing by the Lenin’s Mausoleum head off to St. Basil’s Cathedral, 1967. 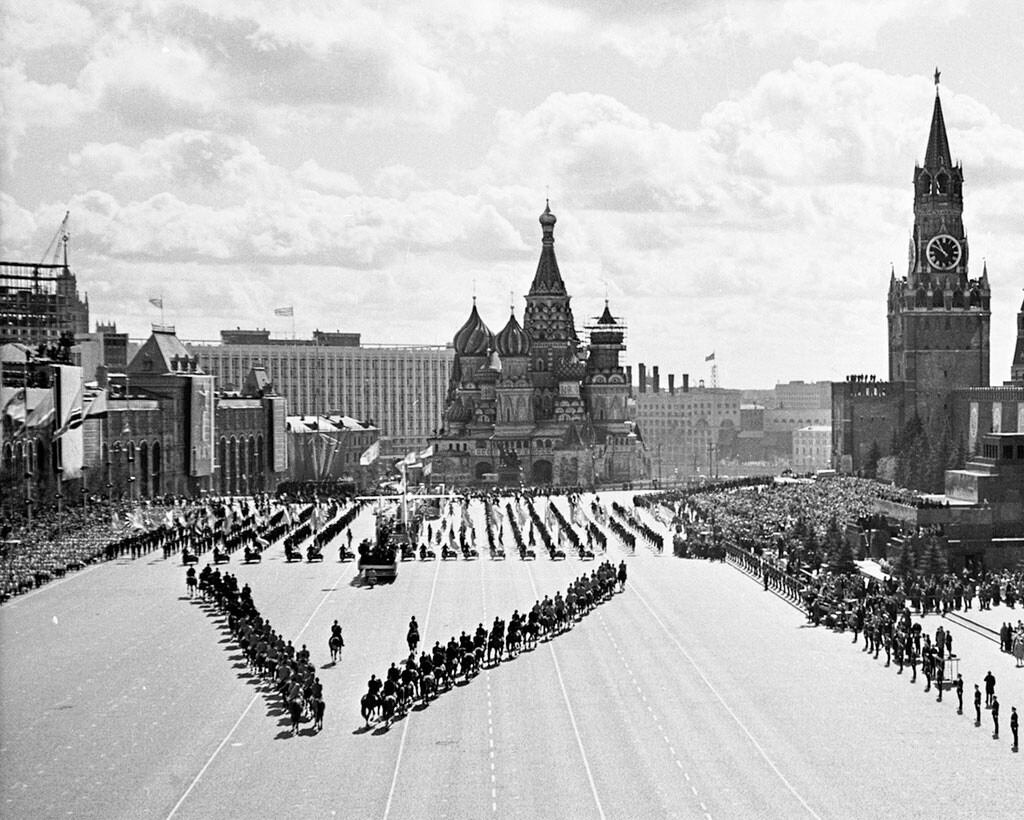 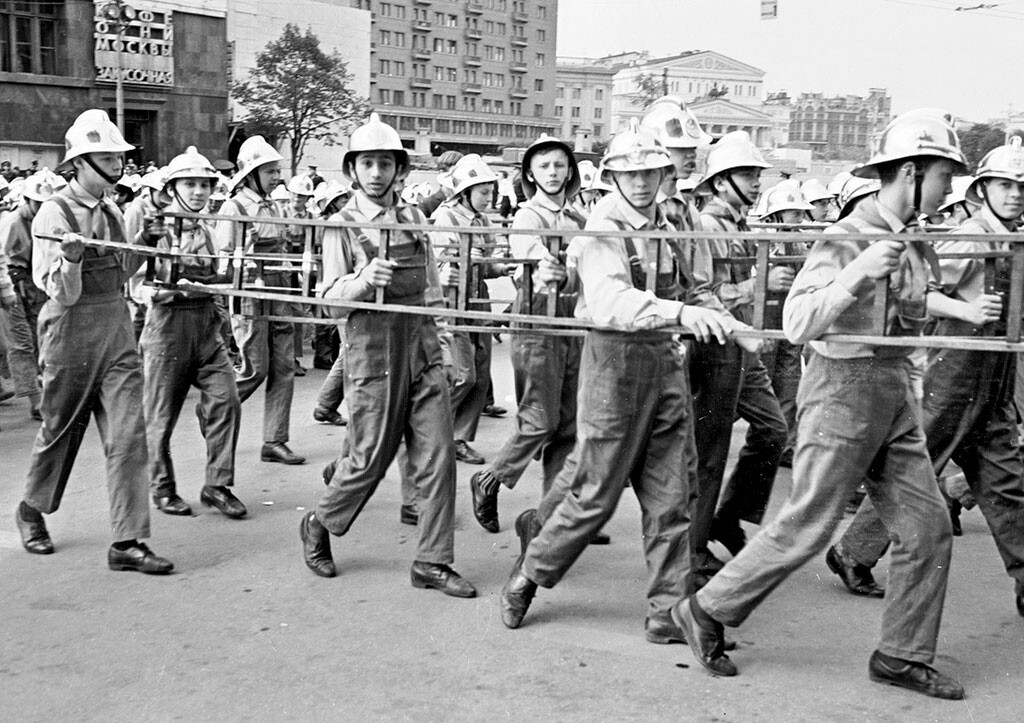 A demonstration with portraits of Karl Marx, as well as Vladimir Lenin and other Soviet leaders, 1971. 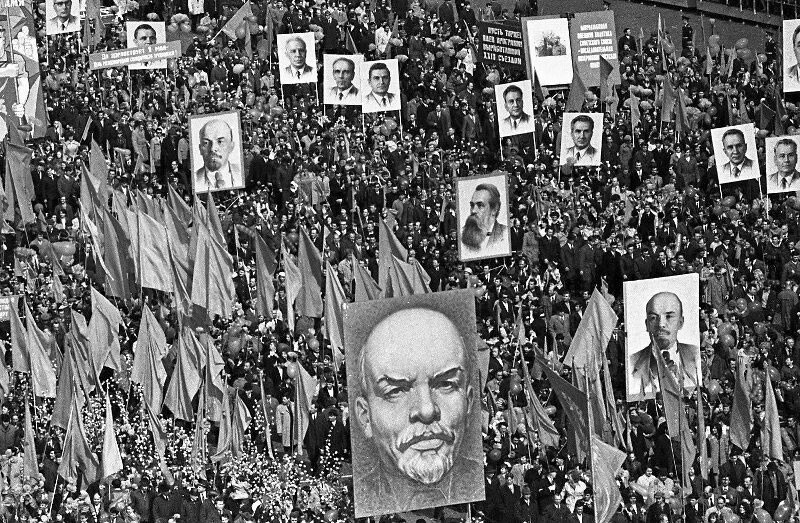 The tradition of huge annual Victory Day parades on May 9 appeared in the USSR only in the 1980s. Before that, they were arranged only for big Victory jubilees. But, the military men usually marched on Labor Day, 1973. 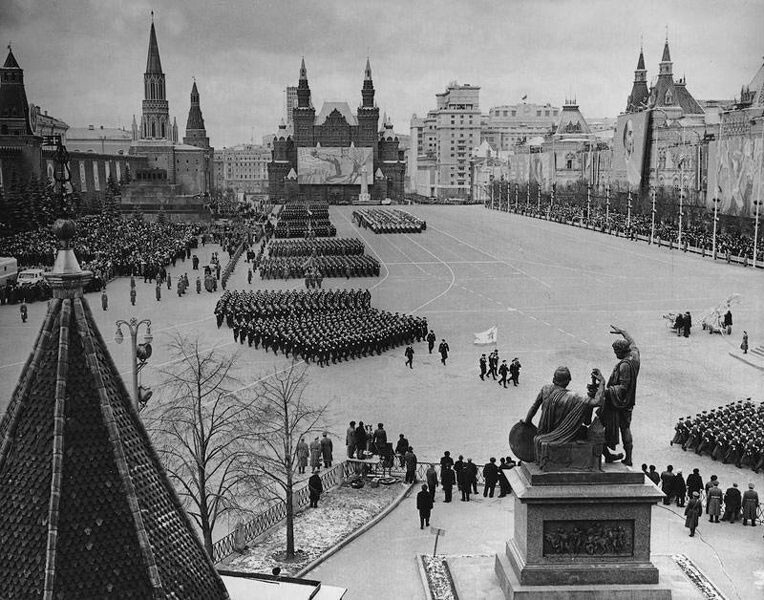 Kids also took part in parades and it was considered an incredible honor, 1973.

To impress the masses and TV audiences, people made incredible figures with their bodies and have trained for weeks before that to reach the perfect synchrony, 1975. 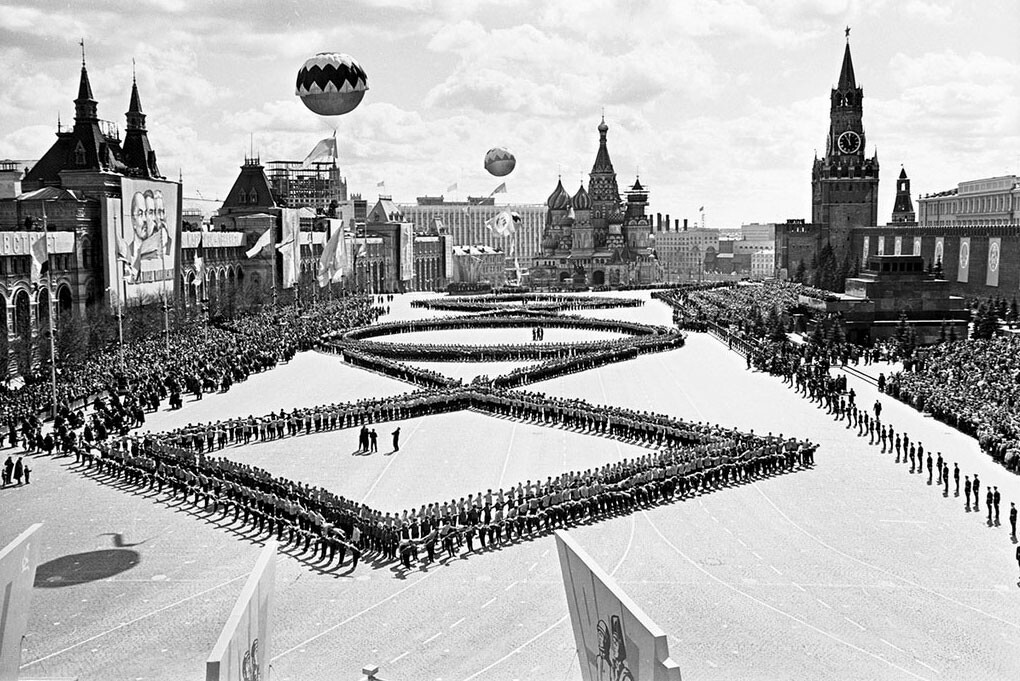 The Communist Party leaders, the main army commanders and other most important officials always attend the parades, watching from the Mausoleum tribune, 1975. 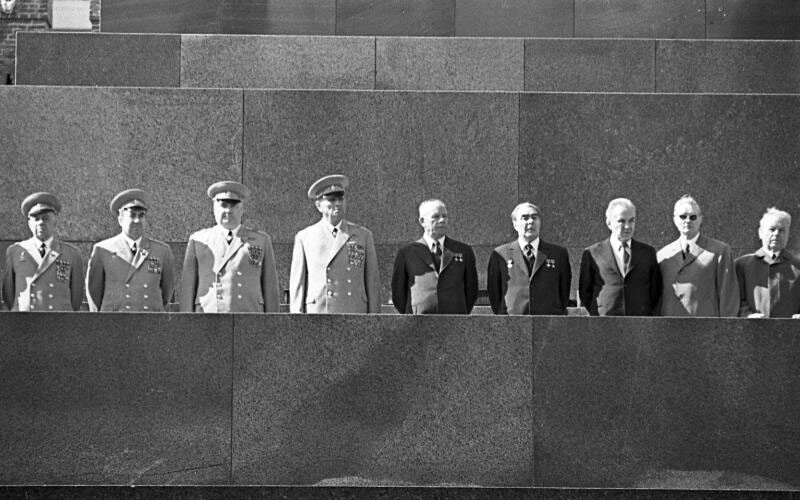 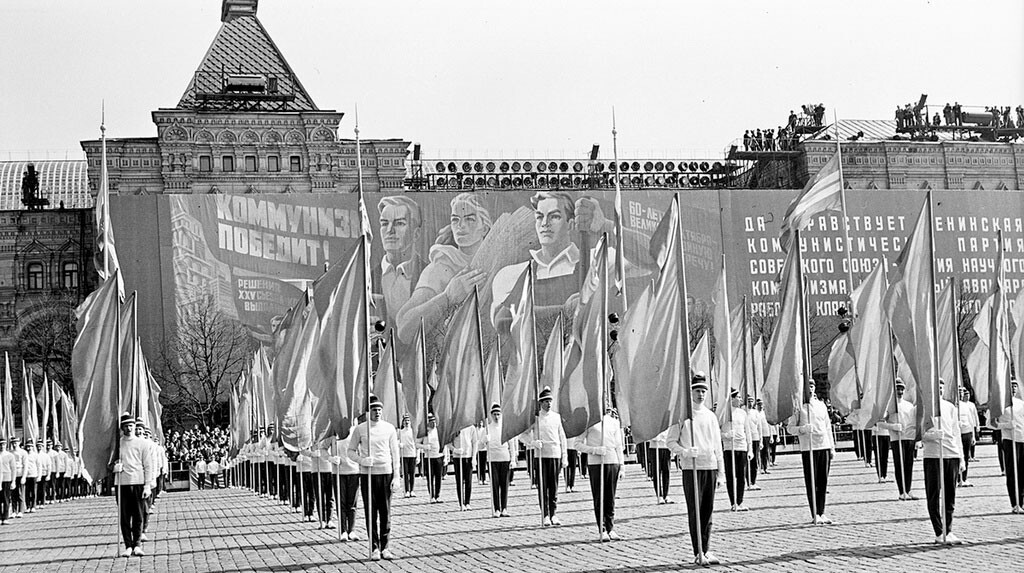 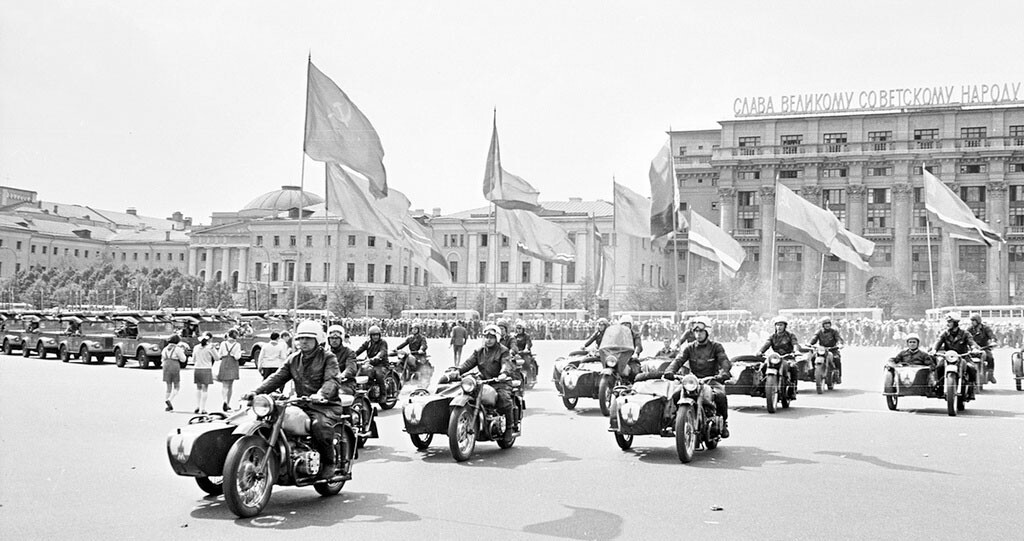 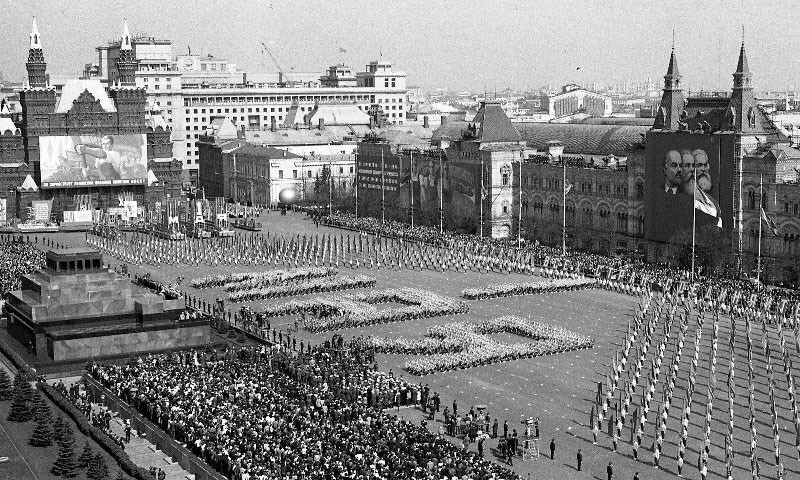 A massive parade welcomed by a portrait of Leonid Brezhnev, 1982. 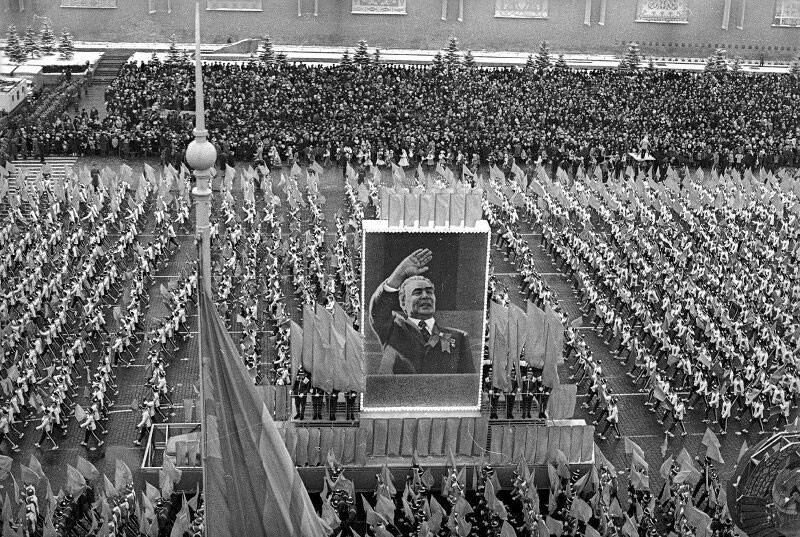