Why do Russians get married on the first Sunday after Easter? 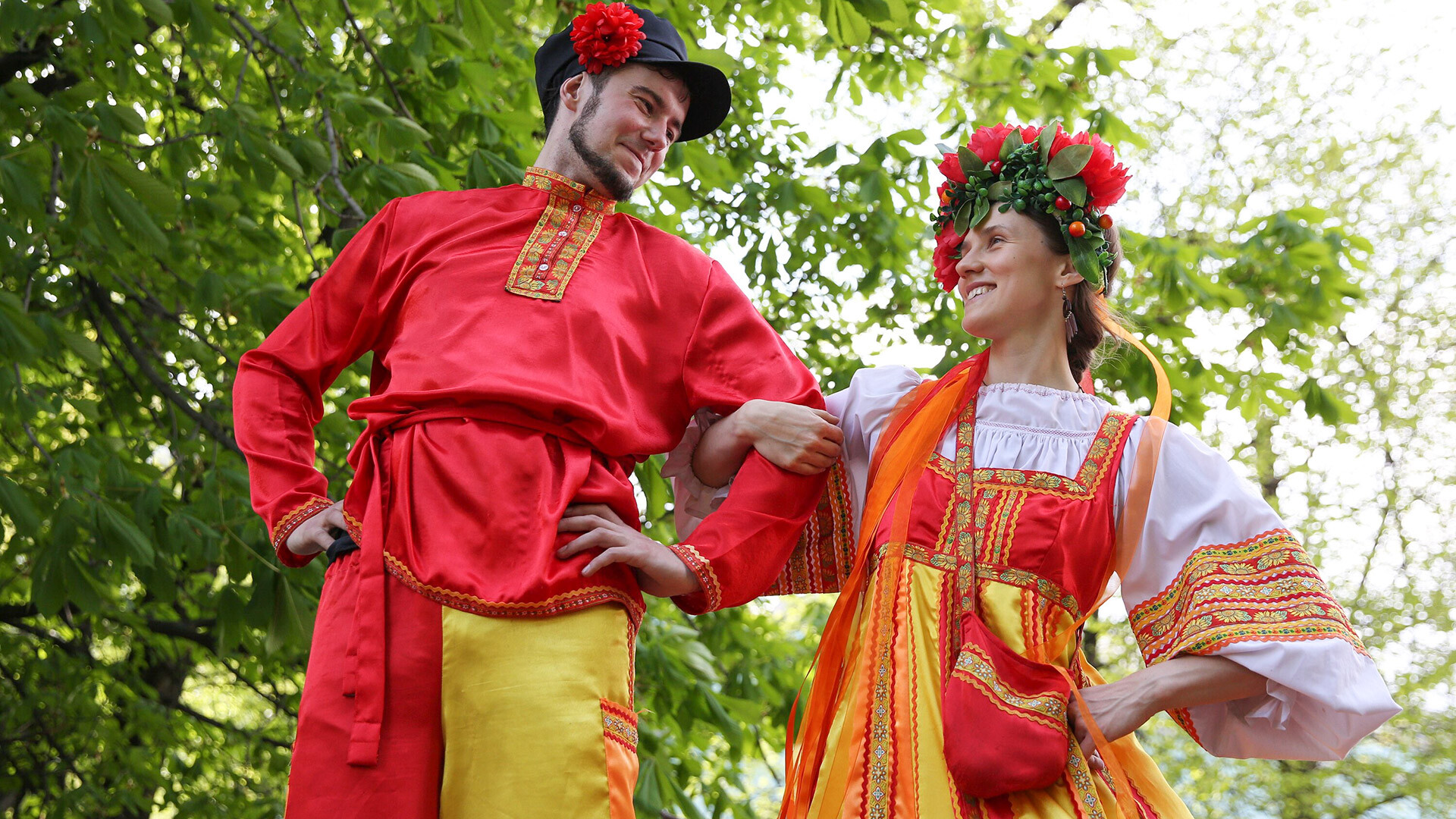 Kirill Zykov / Moskva Agency
‘Krasnaya Gorka’ (literally “Red Hill”) was one of the main holidays among ancient Slavs. The people praised their gods, found a partner for life and cherished their ancestors.

The first Sunday after Orthodox Easter is often marked by a full house at all of Russia's civil registry offices. Let’s explore why the day is so popular for weddings. 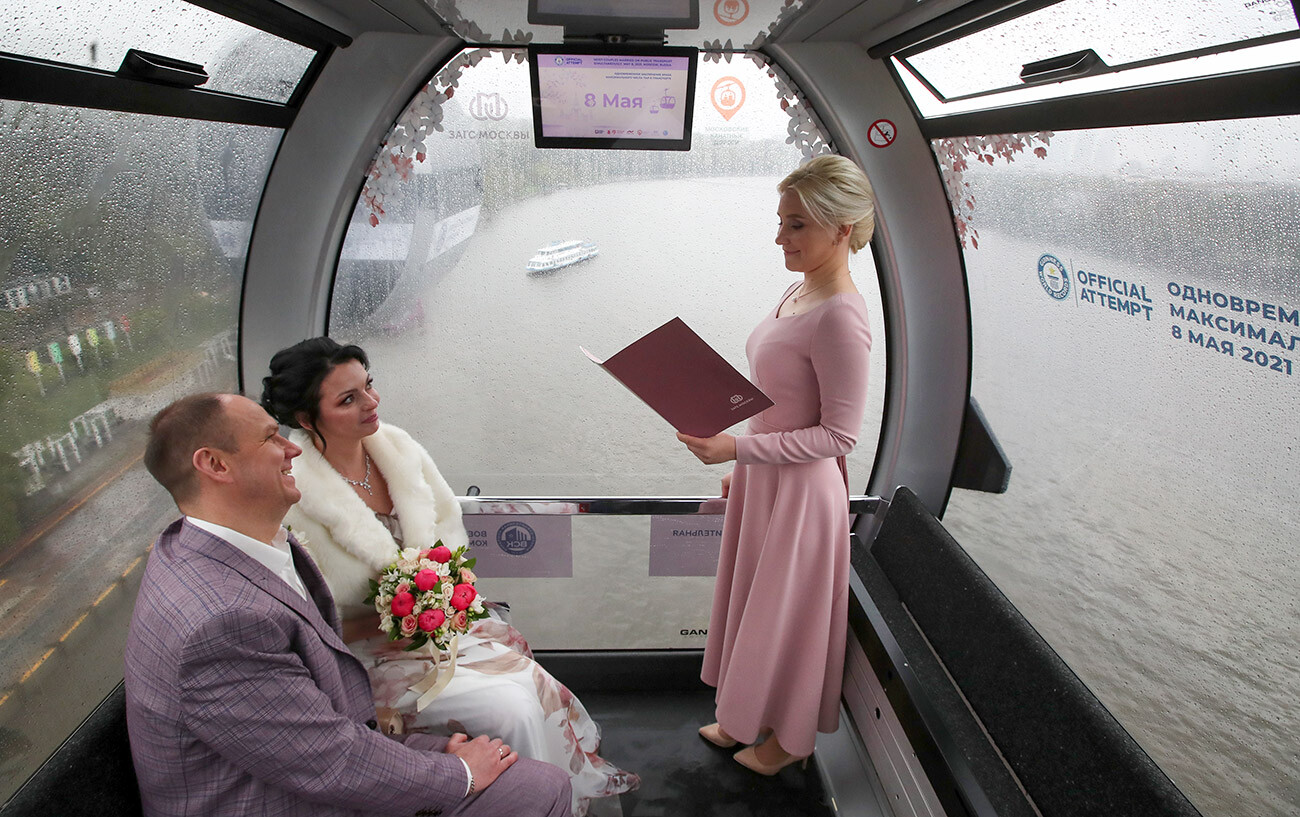 A weedding over the Moscow River.

This day used to be a pagan holiday for newlyweds, which was then superimposed onto Orthodox traditions. In Russia, the first Sunday after Easter (known in the Catholic Church as the Second Sunday of Easter) is called Antipascha (which can be understood as "like Easter"), or Thomas Sunday. This holiday commemorates the appearance of Christ to the Apostle Thomas (or Foma, in the Orthodox Church), who refused to believe in the resurrection of Christ until he saw it with his own eyes. The week that follows this day is called the Foma Week. During this time, the church once again begins to perform wedding ceremonies, which were forbidden from the beginning of Lent (after Maslenitsa) until Easter. 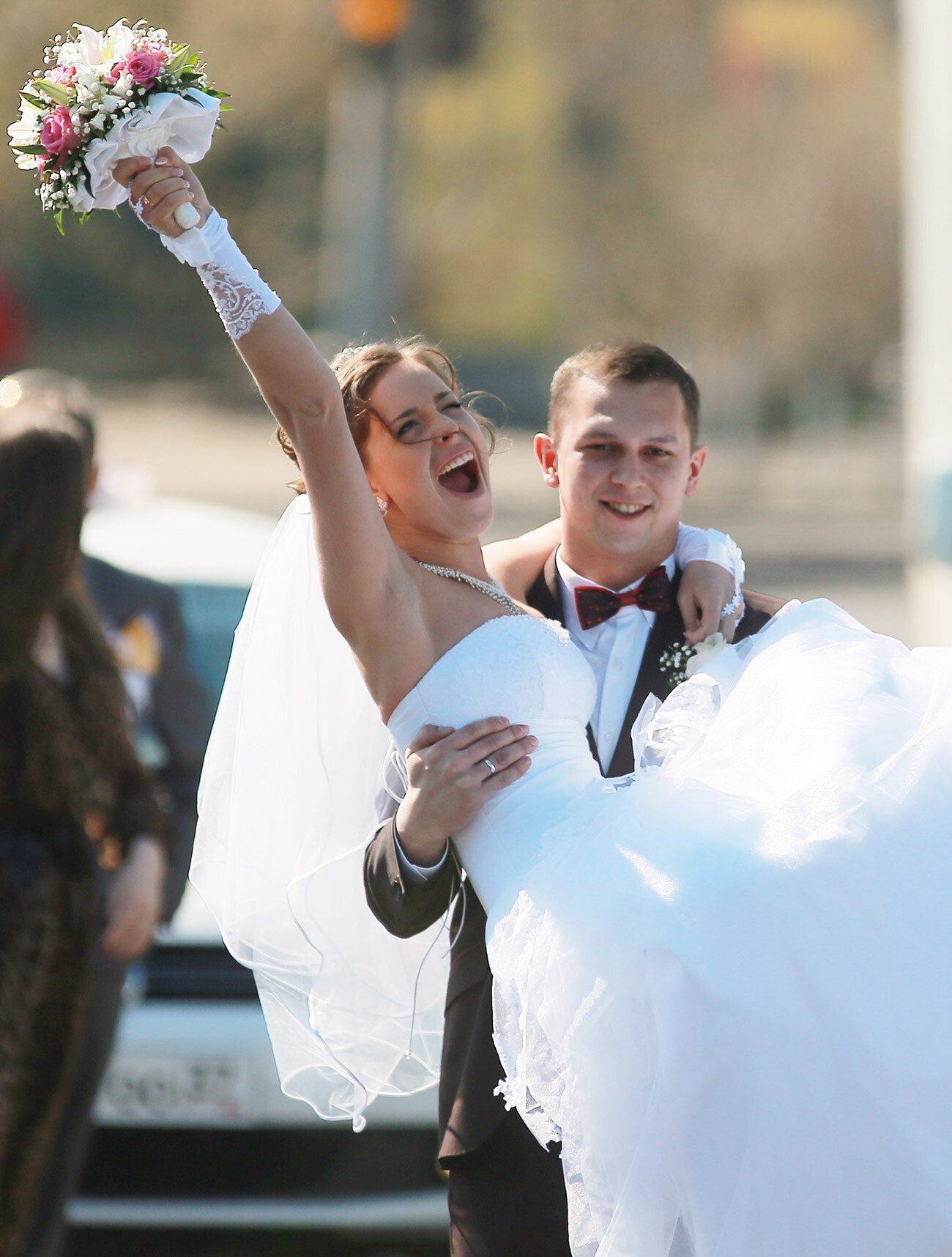 A wedding on Krasnaya Gorka.

Krasnya Gorka is also known by another folk name - Lelnik. The exact history of this holiday is not known, but folklorists suggest that on this day Slavs praised Lelya - the goddess of flowers, spring and youth. Different peoples had different dates for this holiday, but usually it was either the very end of April, or the first days of May. This is the time when the real spring comes to Russia, the birds come back, and the first flowers bloom. 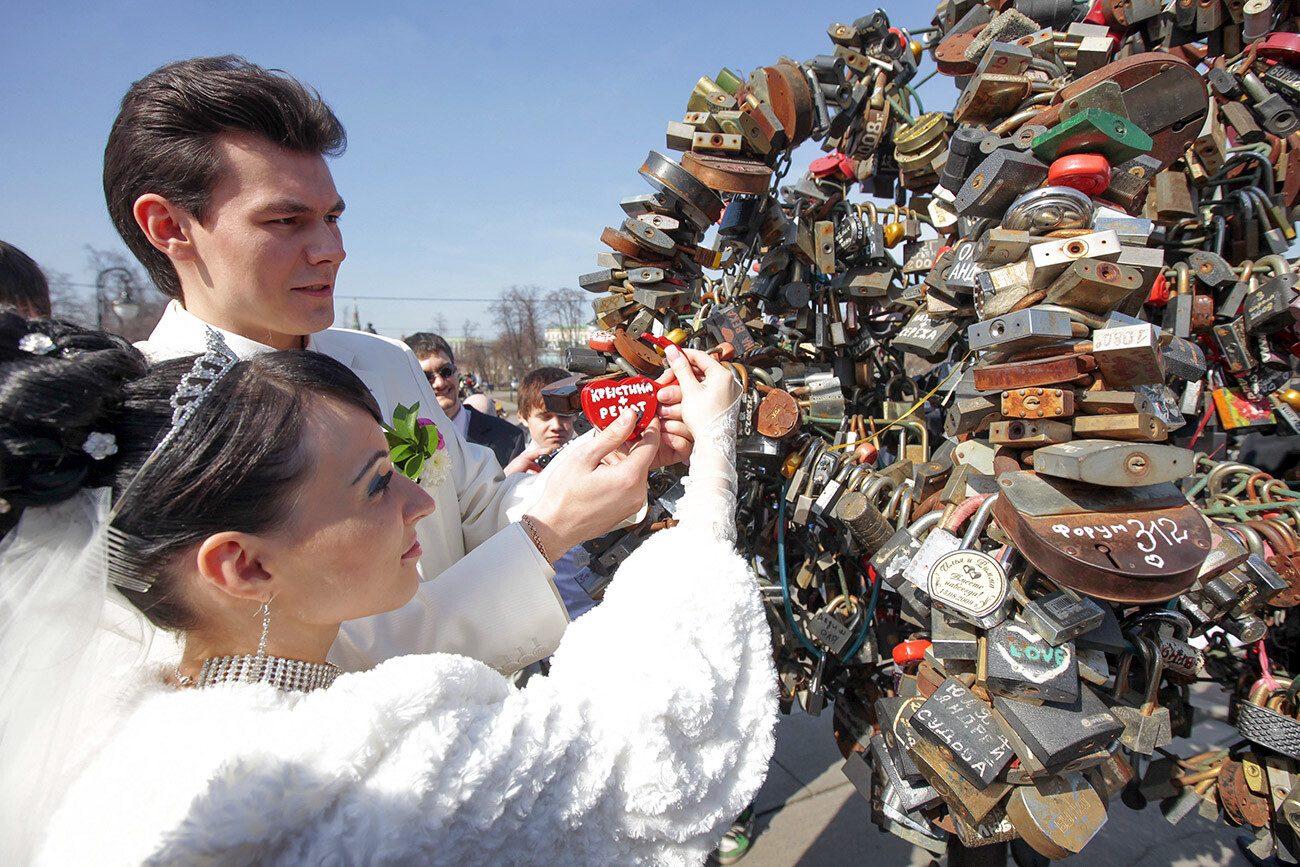 A wedding on Krasnaya Gorka in Moscow.

Also some folklorists write that the Slavs chose the most beautiful girl as a symbol of Lelya, who sat on the improvised throne and watched the holiday from above. There is no historical confirmation of this. Nevertheless, Krasnya Gorka was one of the main Slavic holidays of the year, dedicated to spring, and a day when young people could once again marry after the long winter. In general, the meaning of this holiday was to let Mother Earth awaken from her winter sleep, so that in a few months she would bring a good harvest to people.

By the way, single girls and boys used these celebrations for dating. Sitting at home could bring on bad luck. Many girls would also hold fortune-telling seances to attract suitors. Slavic peoples generally believed that a wedding during Krasnaya Gorka  would bring about a happy family life. 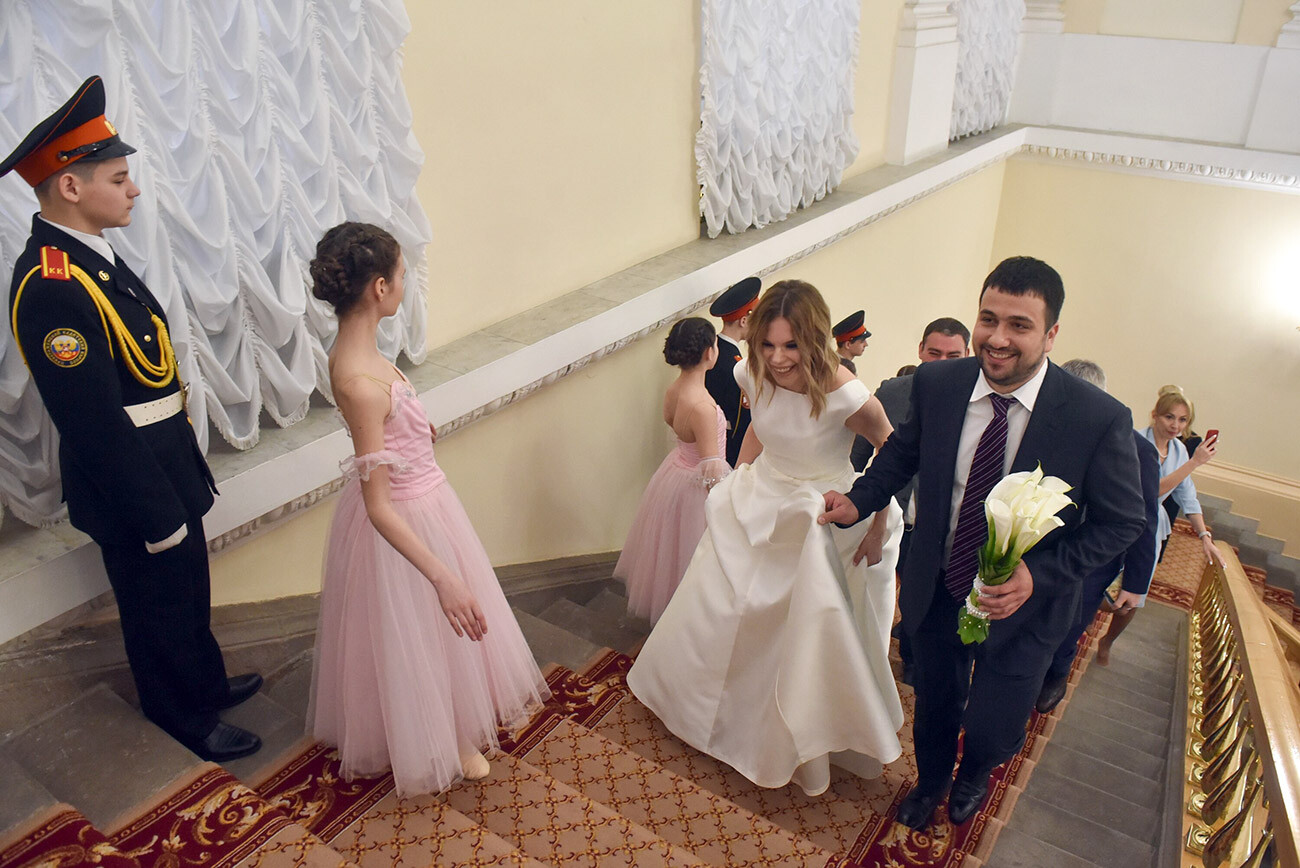 A wedding in Moscow on Red Hill.

The tradition is still observed to this day, with local city authorities even making themed celebrations for newlyweds. For example, in Moscow, people can register a marriage aboard a river cruise, in the funicular over the Moscow River, at the Planetarium, or in the famous Ostankino TV tower. Krasnaya Gorka is the second most popular date for a wedding in the Russian capital. The first is City Day in September, and the third is Family Day on July 8. 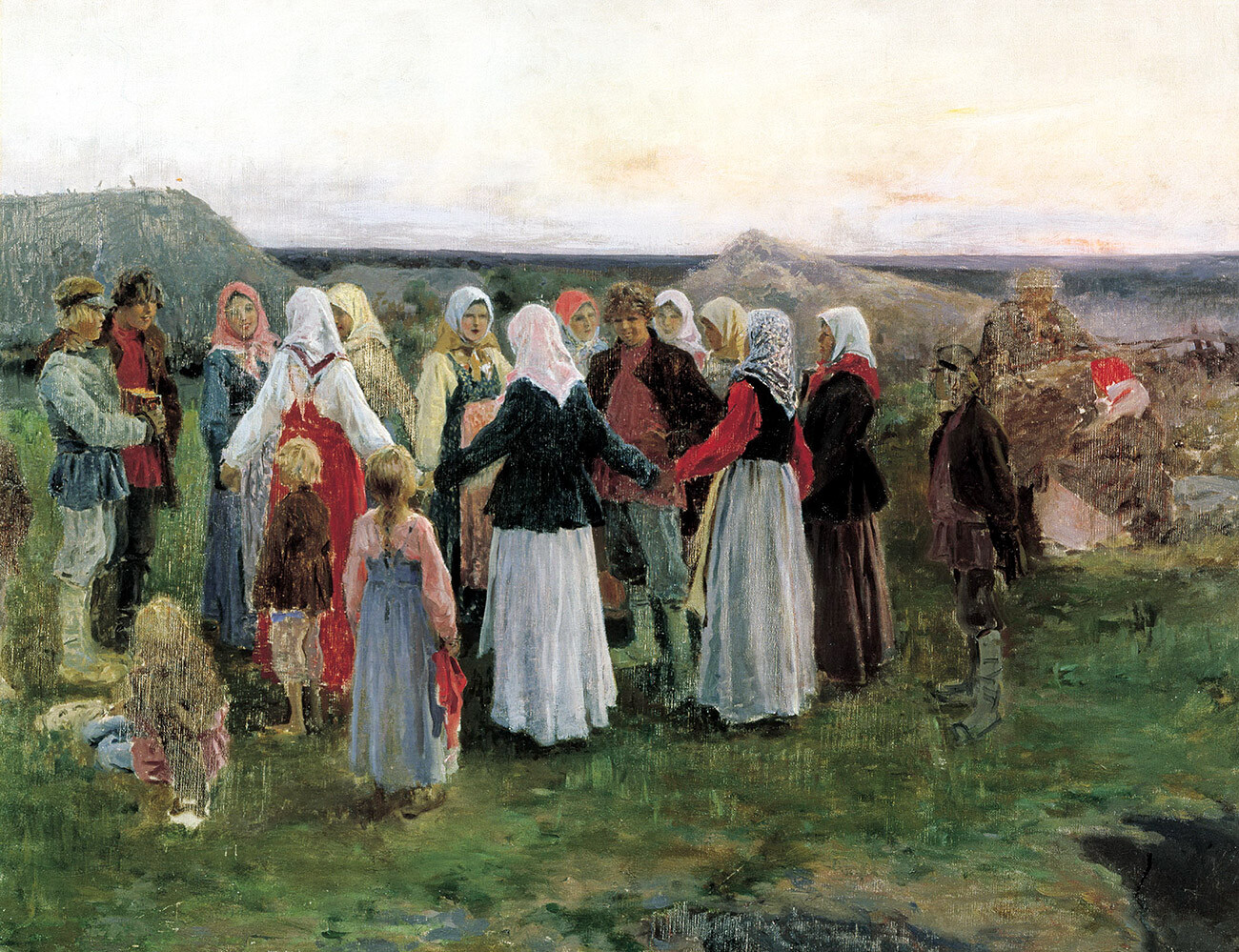 Besides weddings, Krasnaya Gorka had another meaning. The week following this day was associated with the commemoration of ancestors. The Slavs called this time Radonitsa week (or Radonitskaya - this word has a common root with the Russian word Radost, meaning “happiness”). The Orthodox Church also resumes funeral services that were forbidden during the festive Easter week.

Monday and Tuesday were called Radonitsa, when it was customary to visit cemeteries and remember the dead. Wednesday was called "dry" - people visited churches for commemorative service. It was also prohibited to sow something, as it was believed that plants wouldn’t grow. On Thursday, people left some food for deceased relatives in the house until morning. On Friday, they held a farewell ceremony by burning dry branches so that evil spirits would not spoil the future harvest. And on Saturday, people honored newlyweds (including those who married on Krasnaya Gorka) with merry songs. 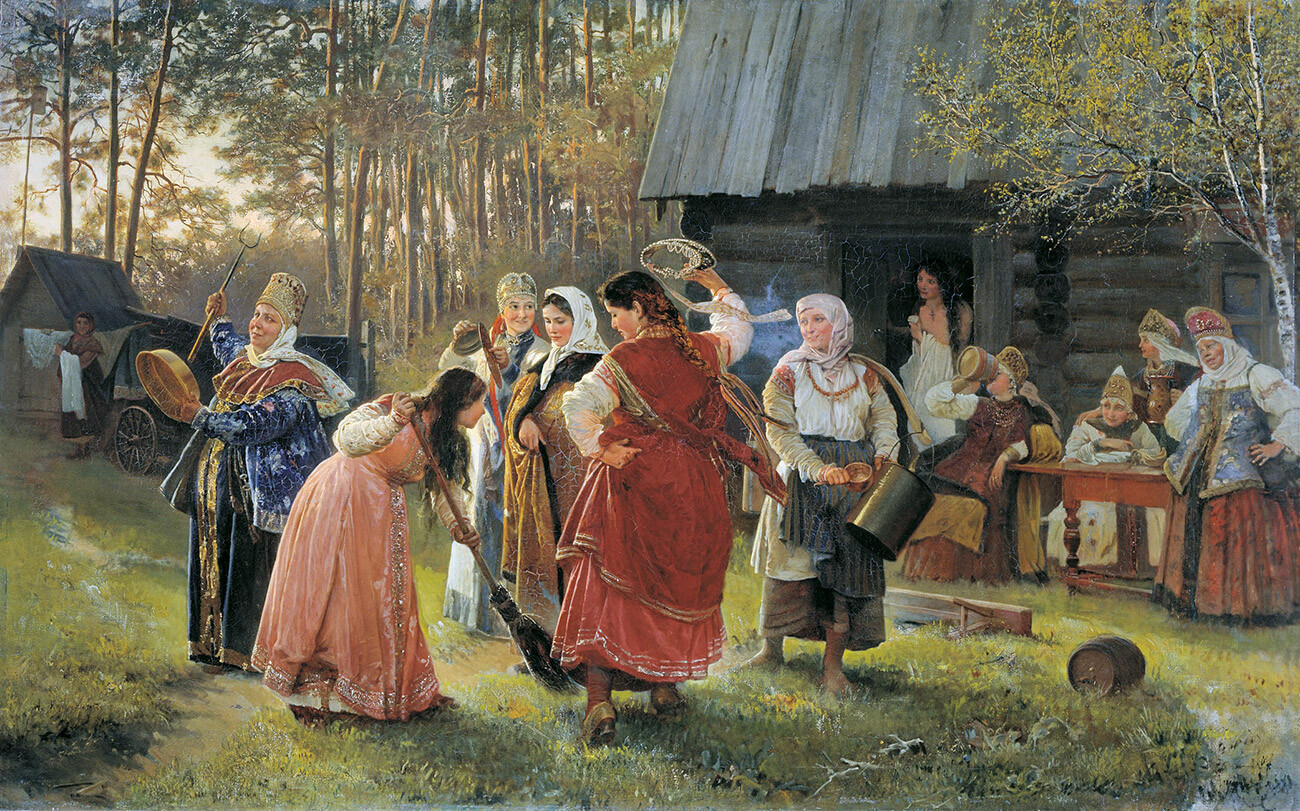 Even today, on Krasnaya Gorka and Radonitsa, in many Russian cities, there are free buses to go to cemeteries to let people visit the graves of their relatives.

What does ‘Red Hill’ mean? 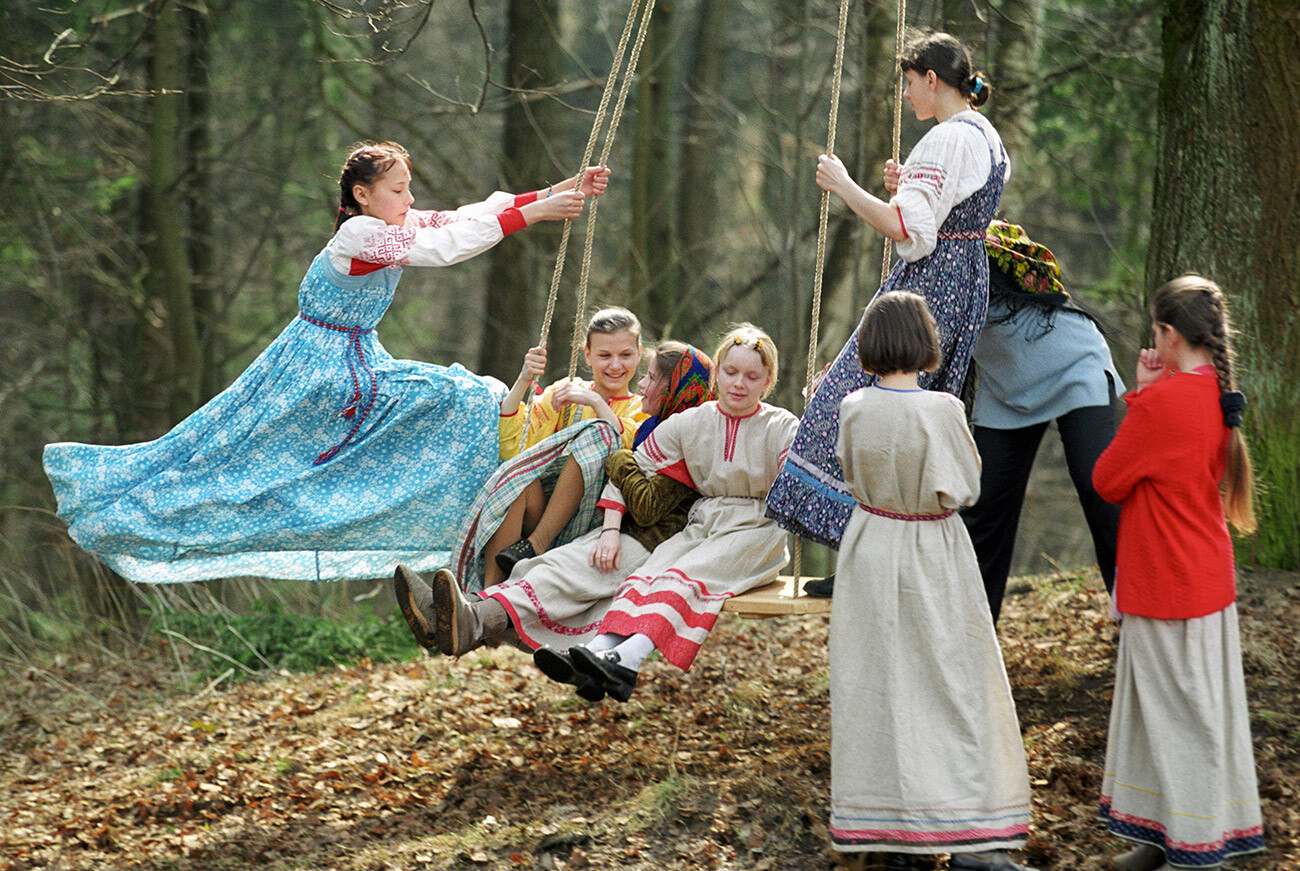 As mentioned before, Krasnaya Gorka stands for “Red Hill”. Aside from the color red, Slavic peoples (and Russians today) use the word "red" to signify something beautiful (for example, Red Square in Moscow isn’t called that because of its color - but because of its beauty). Folklorists say that, most likely, Slavs considered "beautiful" the hills, which were covered with the first flowers of spring. However, the aforementioned hills - or “gorki” (plural in Russian) in their traditional meaning, also mean burial mounds (kurgans). Some folklorists also believe that Eastern Slavs burned fires on the hills in honor of the gods. Finally, there is also the assumption that the pagans simply chose a higher and more scenic - and therefore, “beautiful” - view.