How many rivers are there in Moscow? 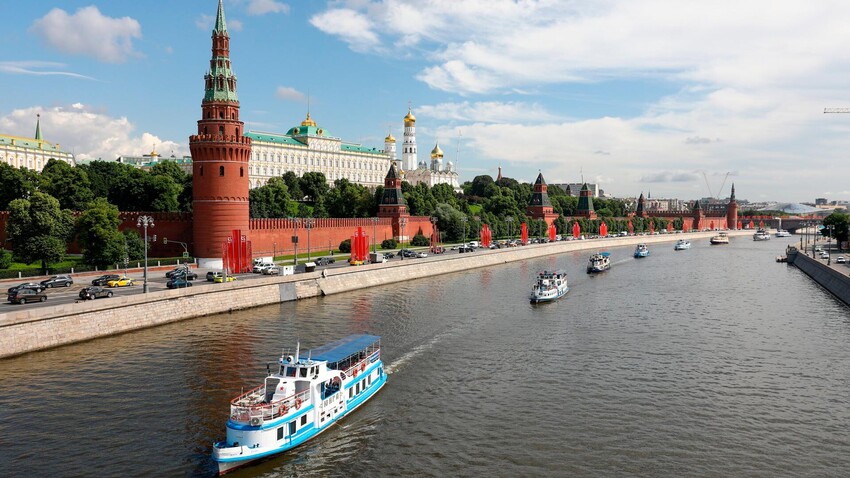 Kirill Zykov/Moskva Agency
One possible translation of the word “Moscow” from Russian is “a damp, wet place.” And it is indeed so – the city’s territory is crisscrossed with hundreds of rivers, streams and creeks.

You’d definitely be surprised to learn that there are over 100 rivers in Moscow, and approximately over 1300 different watercourses (rivers, springs, creeks, etc.). Only two of them – Moskva and Yauza rivers – are usually seen with the naked eye. However, there are actually several dozen rivers, most of them, by now, confined to tubes because of the city’s needs. Here, we describe seven of the most important ones. 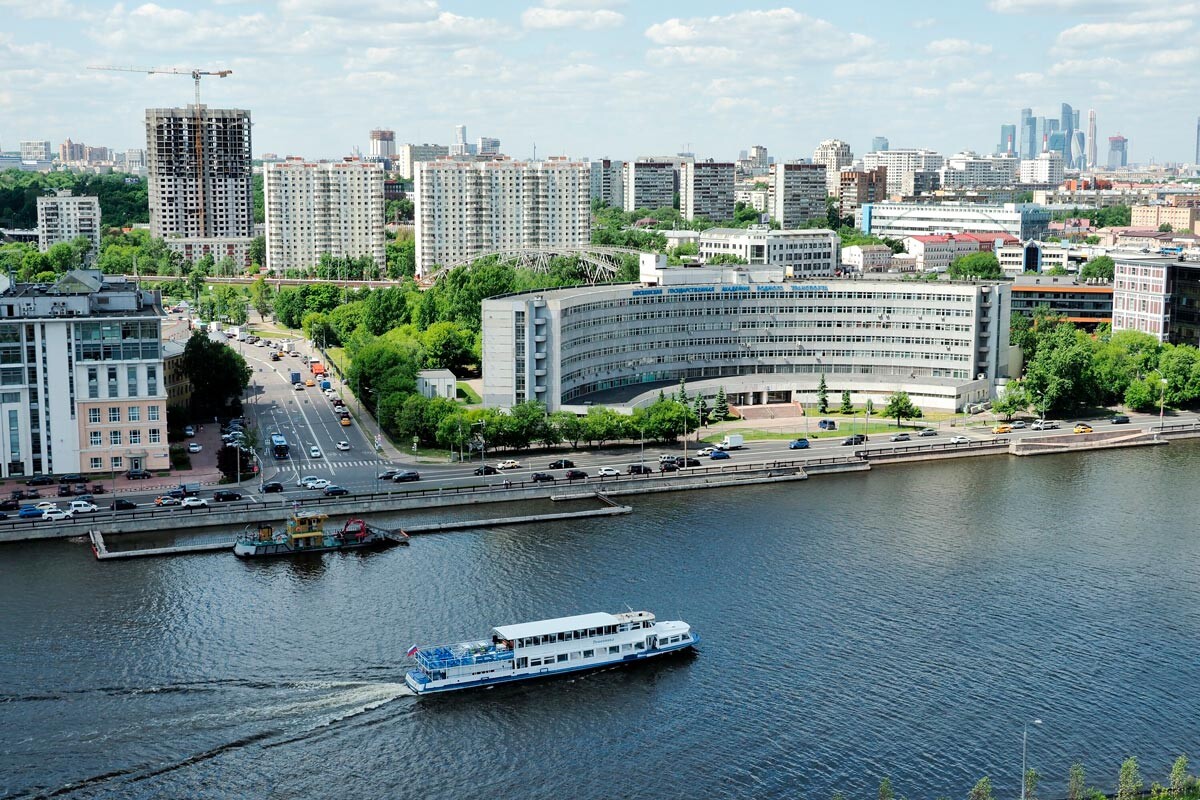 Moskva is the largest river in the capital, sharing its name with the city. Its source is close to the town of Mozhaysk in the Moscow Region. It then flows through Moscow and into the Oka river. It stretches to473 kilometers in length, with over 80 kilometers flowing through the capital. There are over 40 berths inside the city on the Moskva river.2. 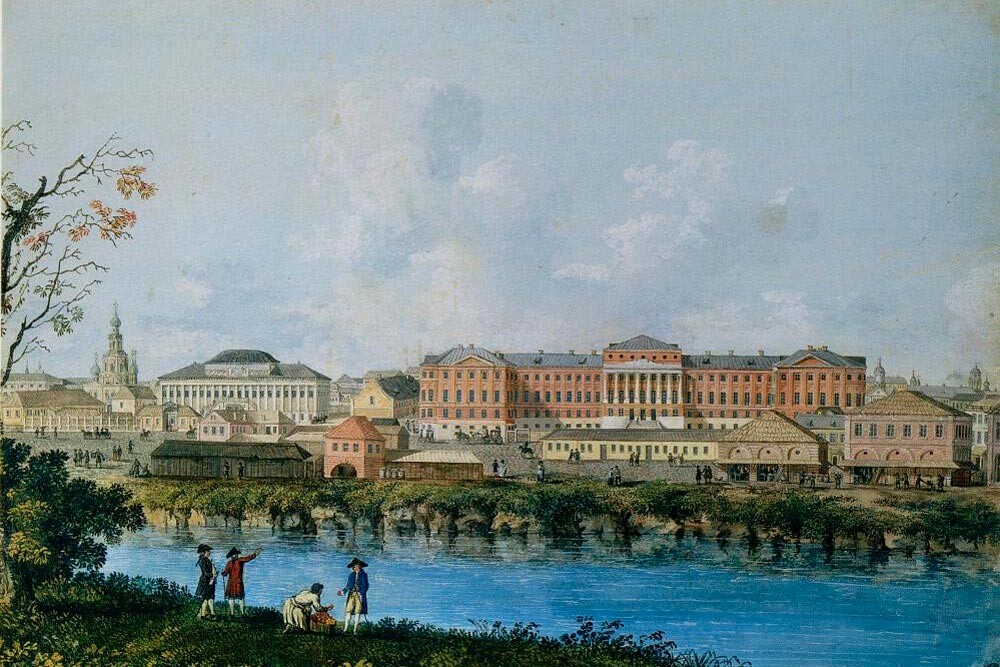 The Moscow University (in the background) and the Neglinnaya river, the 1790s

This river used to run right through Red Square – it once was used to fill the moat around the Moscow Kremlin. It is very short – just seven-and-a-half kilometers. It begins in the northern part of the downtown area, in the Maryina Roshcha district, and flows into the Moskva River near the Moscow Kremlin. 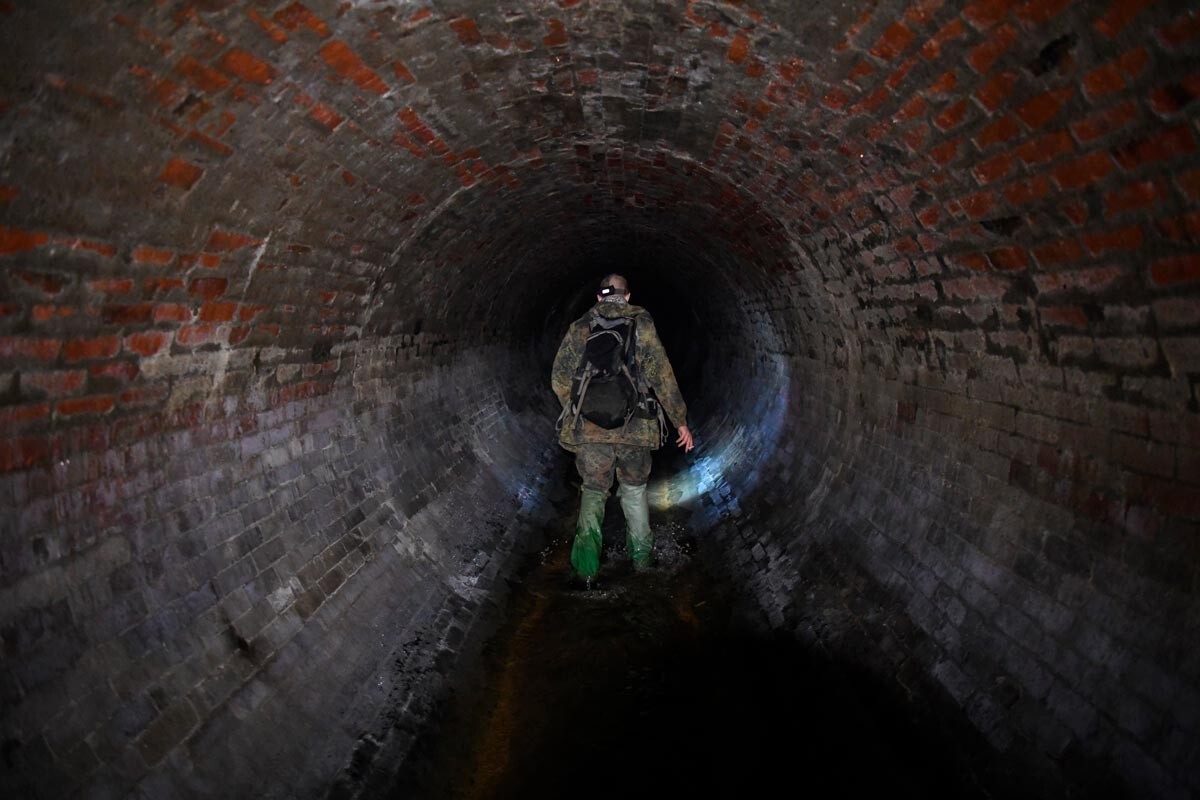 An explorer inside the Neglinnaya's sewer canal

What’s most important about Neglinnaya is that, since the beginning of the 19th century, it was put inside a pipe collector to avoid regular flooding downtown. The place where Neglinnaya flows into the Moskva can be seen from the Bolshoy Moskvoretsky bridge, the one closest to the Kremlin. 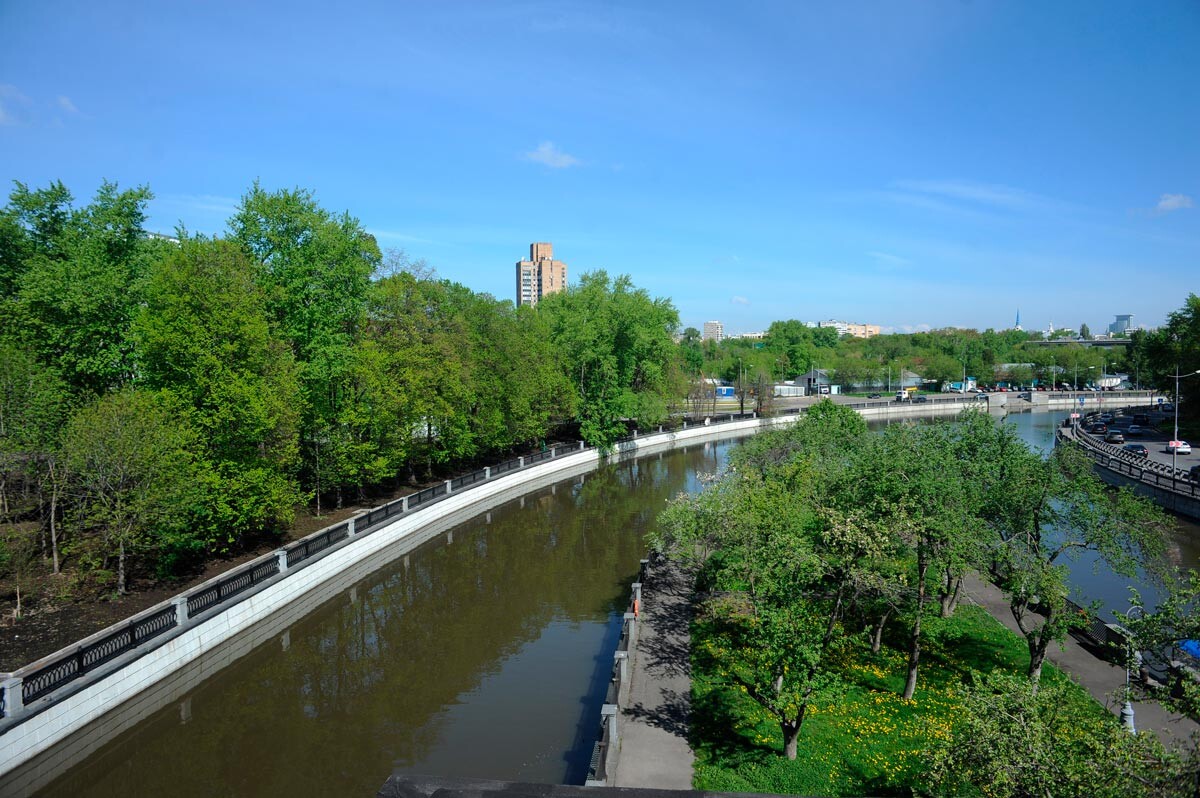 Yauza river from the Lefortovsky bridge

The Yauza River is the largest tributary of the Moskva River inside the city of Moscow. Its total length is 48 kilometers, while 27.6 of them flow through the city. The name “Yauza” can be roughly translated as “the one that ties.” This is due to the fact that, in the river transport system of Old Russia, this river served to connect the water routes from Moscow to Vladimir. Unfortunately, currently Yauza is one of the most polluted rivers in Moscow, with many industries still dumping their waste into it. 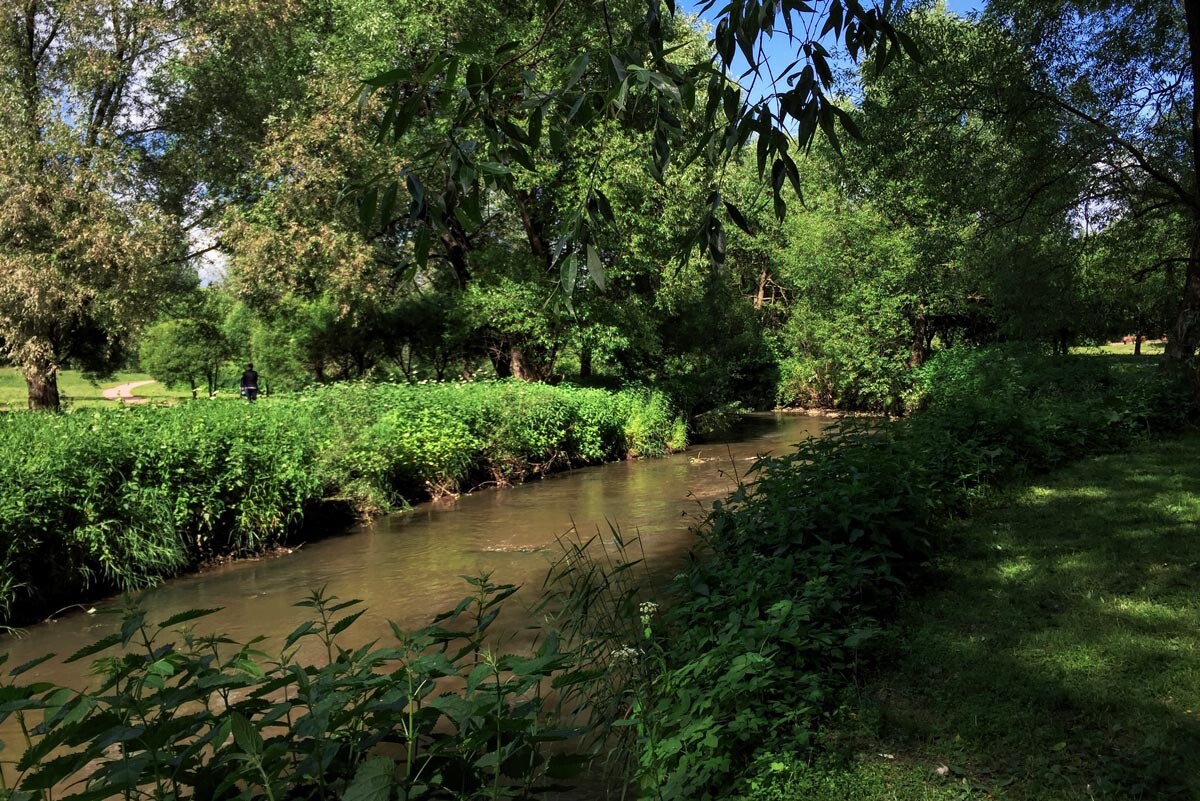 Setun’ is the only big river in Moscow that flows mostly on the surface and uses its initial river bed – it wasn’t corrected or straightened during the city’s construction, as most other Moscow rivers (including the main Moskva River) were. Its 38 kilometers flow entirely through Moscow’s territory.

The banks of the Setun’ are covered with ancient kurgans – tombs of Russian warriors. The river’s name is probably connected to these burials – its name could have been derived from the old Russian verb “setovat’,” which means “to grieve, to complain.” The lore says that people came to the banks of this river to grieve about their lost relatives. 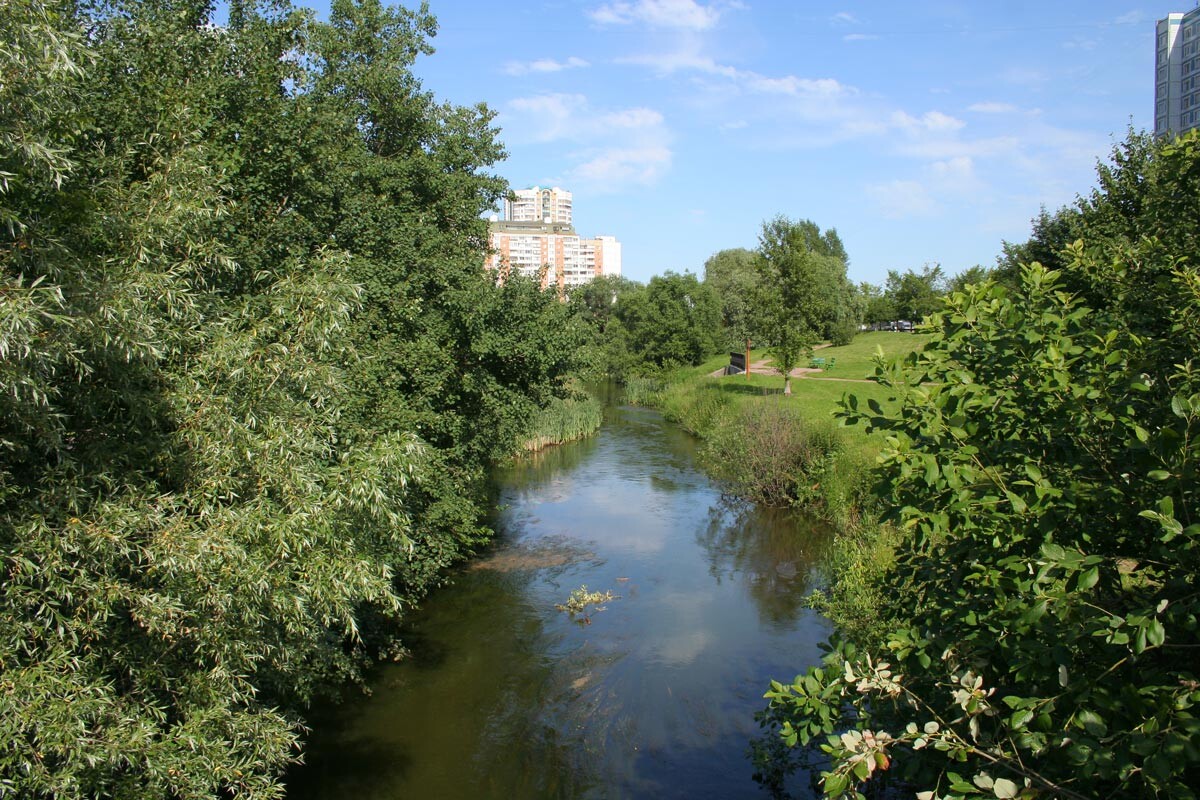 The Gorodnya River’s entire 16 kilometers flow through Moscow. It is located in the south of the city and feeds an array of city ponds – including the Tsaritsyno ponds, the Borisovo ponds, and several other lesser water bodies. The river, flowing through industrial parts of the city south, is unfortunately so polluted that there are no fish in it, and it would be an extremely bad idea for humans to enter it. 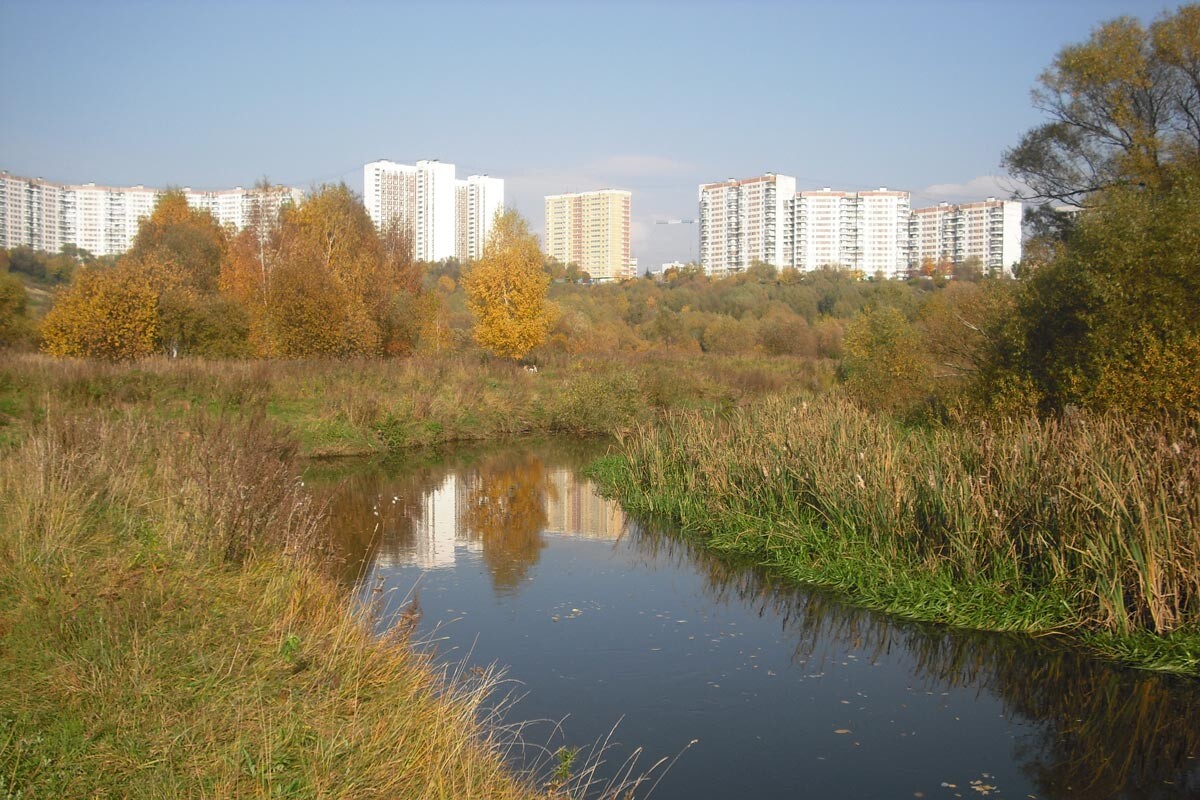 The third longest river flowing through Moscow’s territory, Skhodnya, is 47 kilometers in length, but just five actually flow through Moscow, in the north. The name of the river translates as “the one that is used for traveling down” (or up), because this river was used to reach the portage path from Moskva river to the Klyazma river. 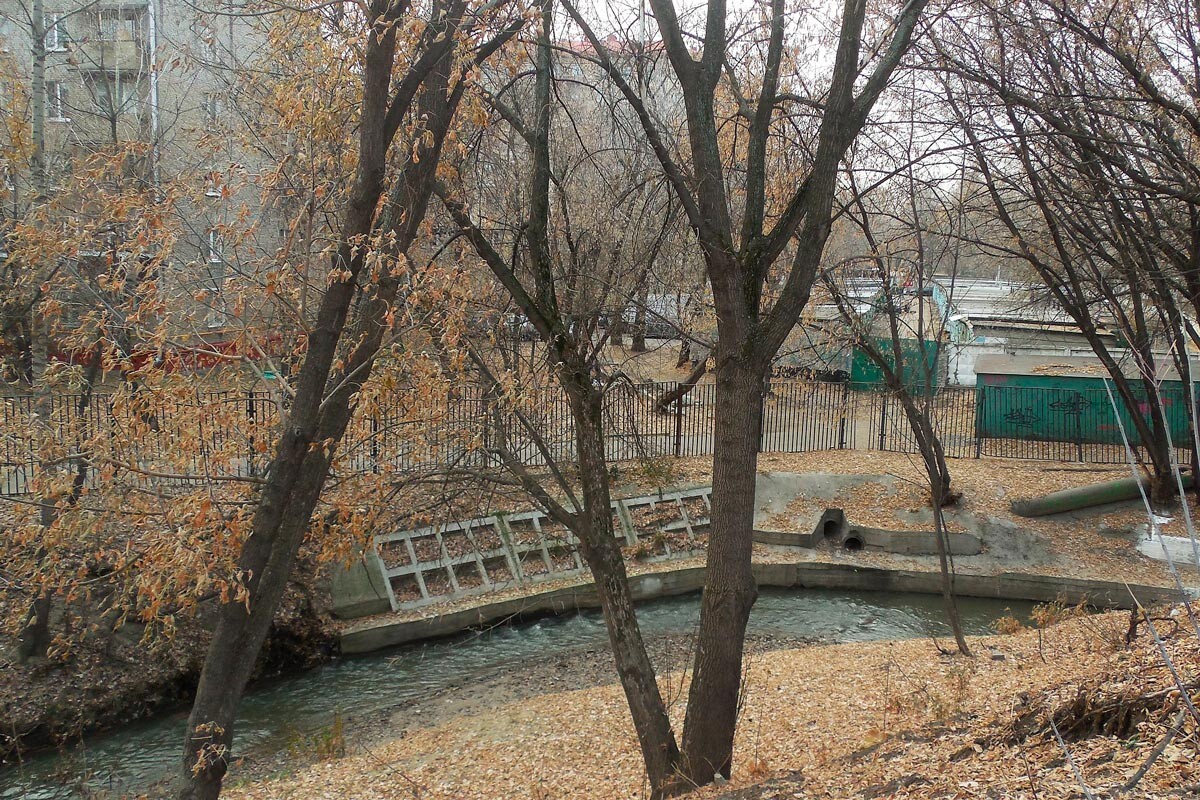 For the entire12.4 kilometers of its length, this river flows through Moscow’s east. Its name probably comes from the fact that it crosses the Shosse Entuziastov highway (formerly, Vladimirskoye highway), the road from Moscow to Vladimir, and onwards, to Siberia. This road was used to send convicted criminals into exile, and their relatives usually saw them off Vladimirskoye highway, on the city’s border, where the Nishchenka River crossed the road. Usually, there were a lot of beggars around, hence the name of the river, which literally means “a woman beggar.” For most of its length, Nishchenka flows underground. Used for melting snow in spring, it is probably the most polluted river in Moscow.