A brief history of swimsuit fashion in the USSR (PHOTOS) 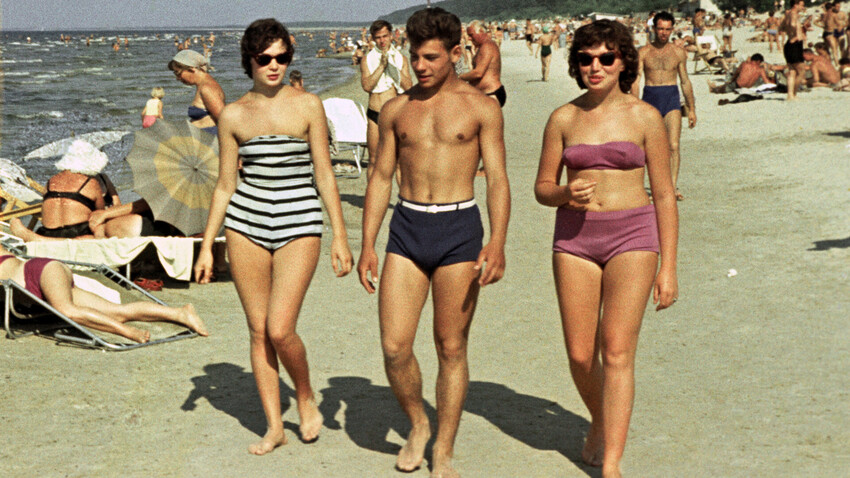 Jacob Berliner/Sputnik
When beach season comes around - you’ve got to look the part. And the Soviets were no exception. From male boxer trunks to really risqué bikini choices - we reveal them all!

In most cases, women of that period wore one-piece swimsuits that looked like an altered shirt (indeed, sometimes, it was). If the two sections were separate, the top was always modest, while the bottom part resembled high-cut shorts that always covered the navel. However, even those puritan days, there were those who dared to expose a bit more! 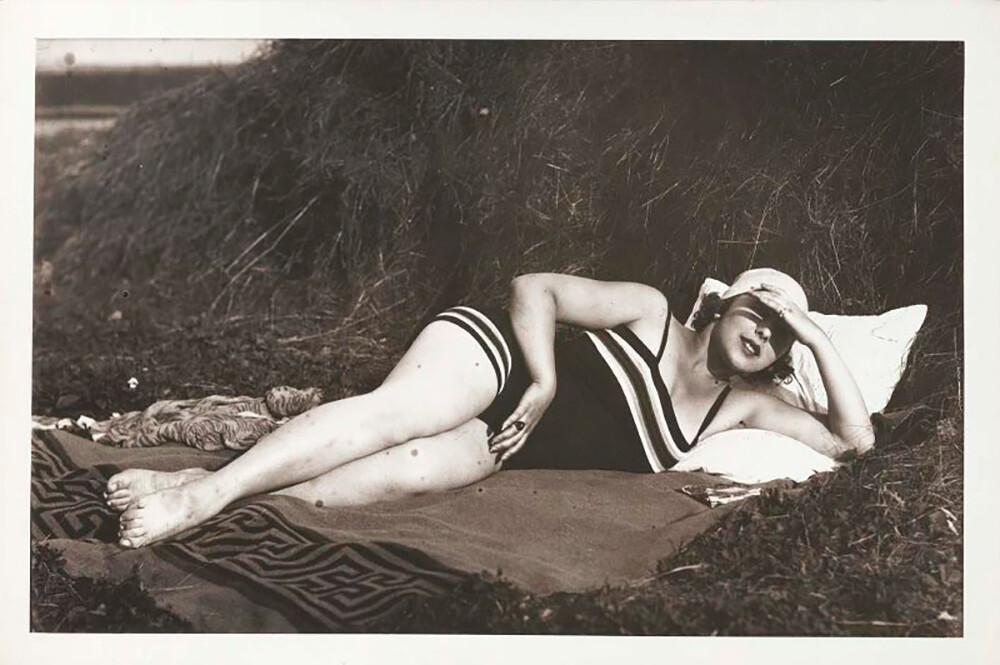 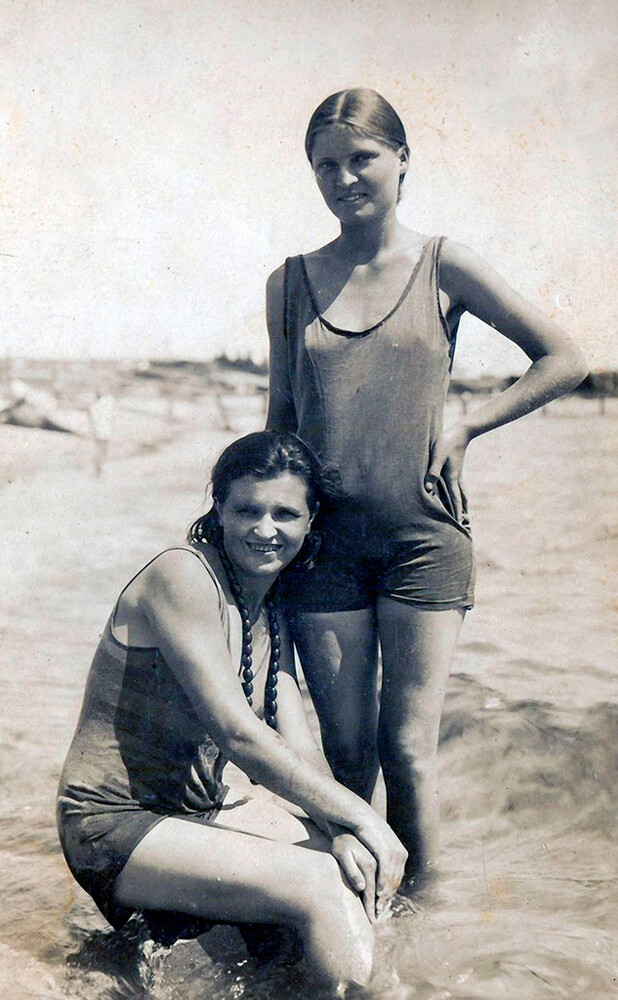 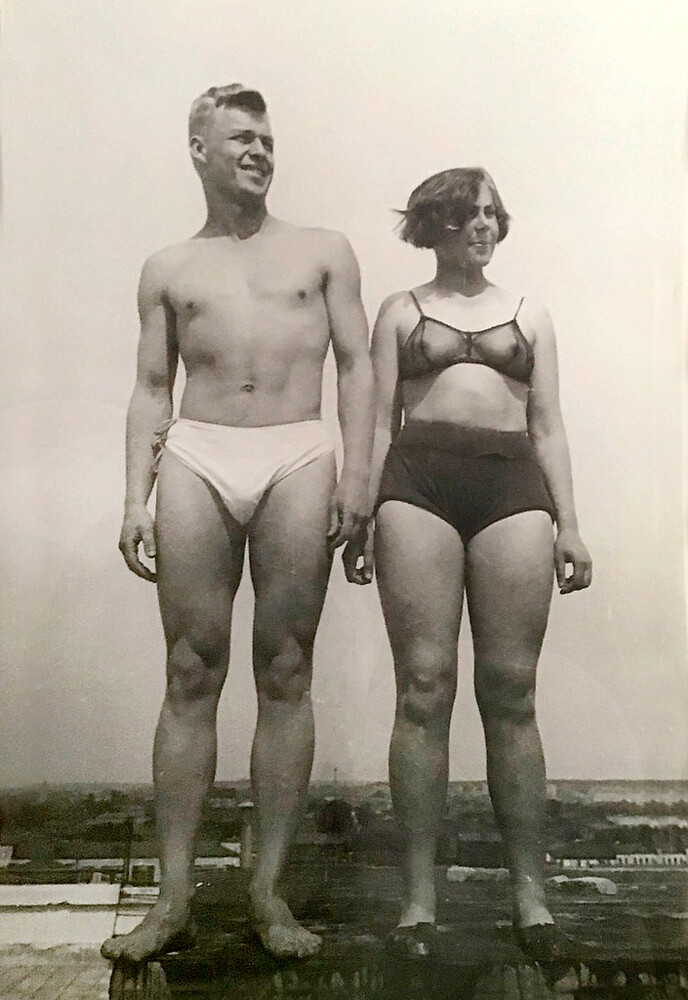 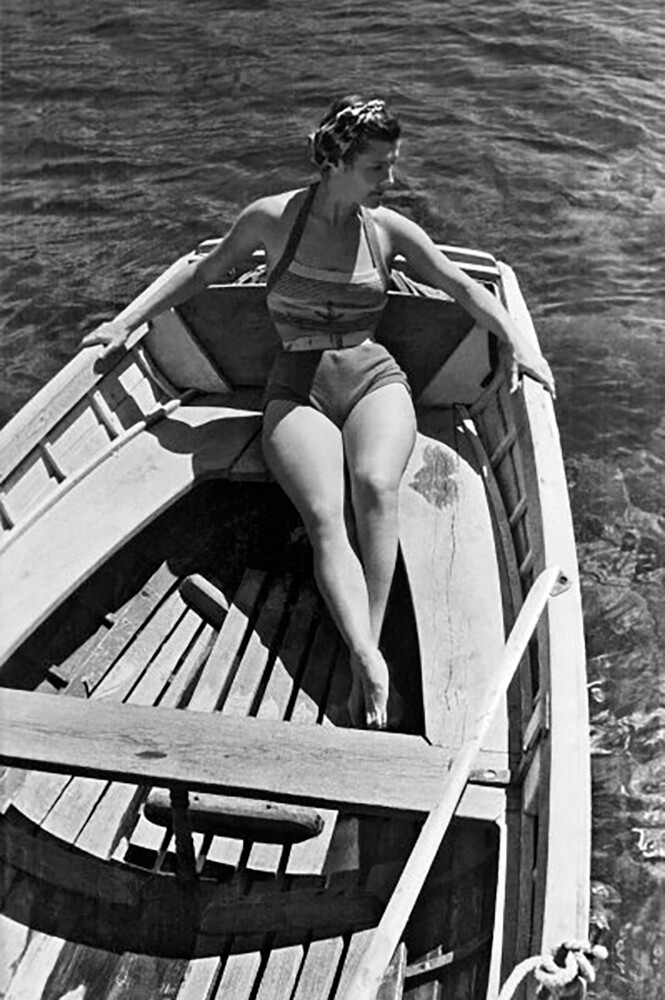 Only in the 1950s did swimwear in the USSR begin to be part of a person’s wardrobe. Soviet fashionistas would sow their own, using trendy Western designs as inspiration. The first bikinis also appeared in those years. But, not everyone was brave enough to sport one - mainly actresses and others of the bohemian persuasion. As for those who opted not to follow the fashion of the day - they simply sunbathed in their underwear. 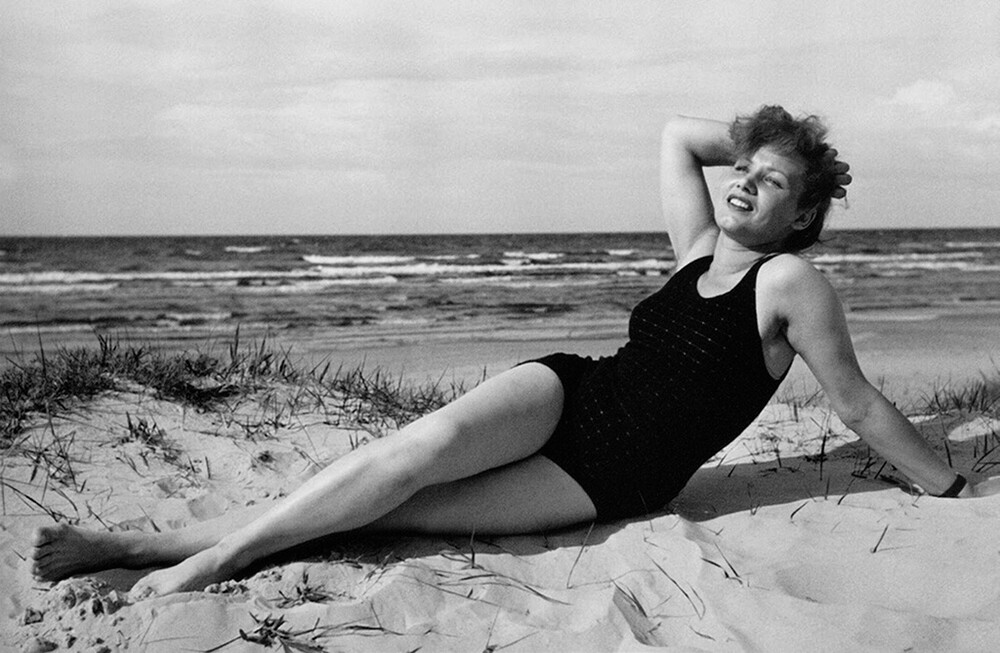 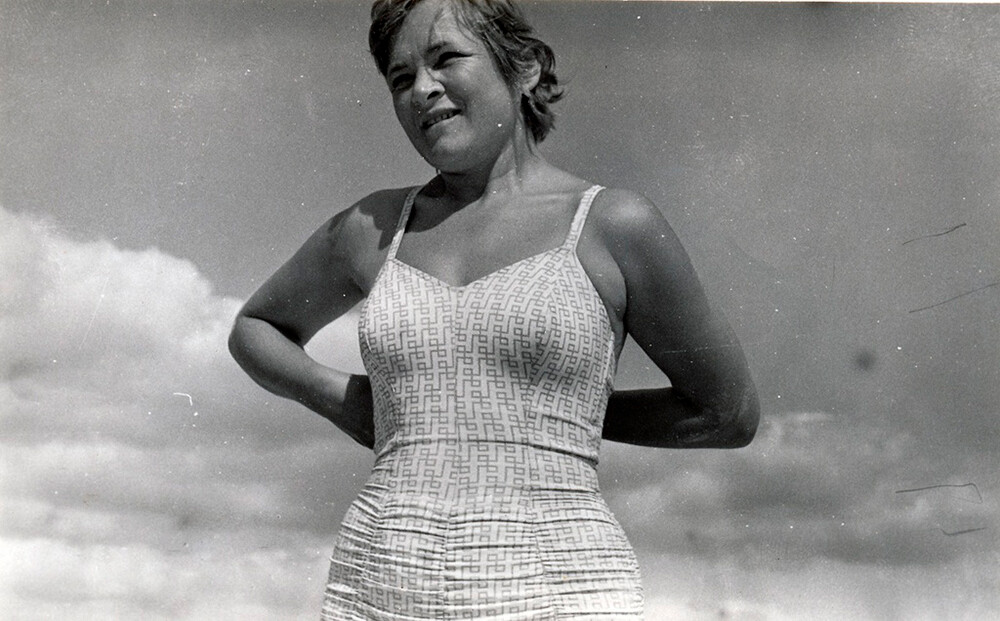 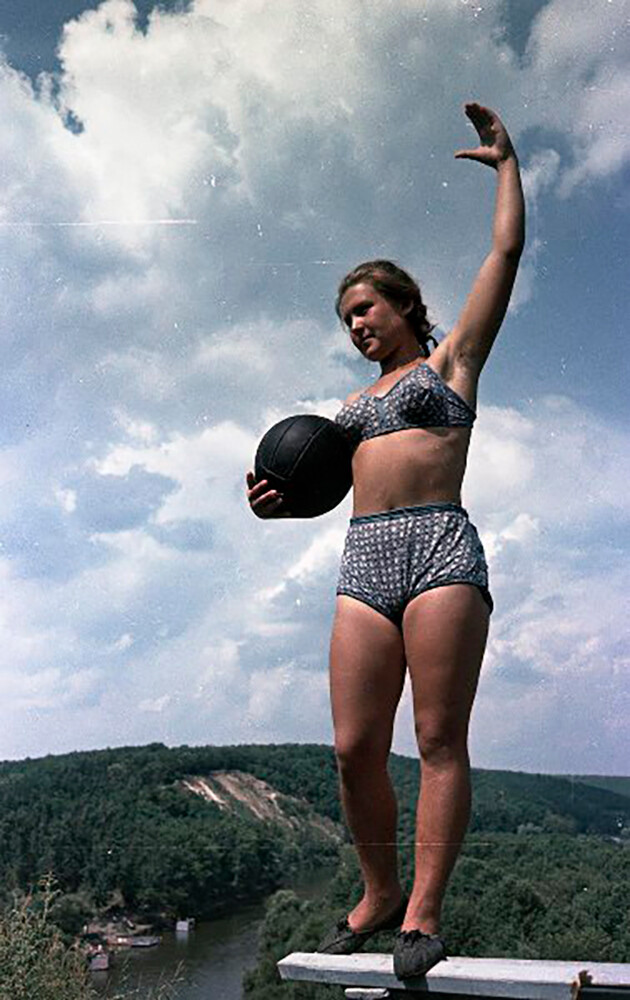 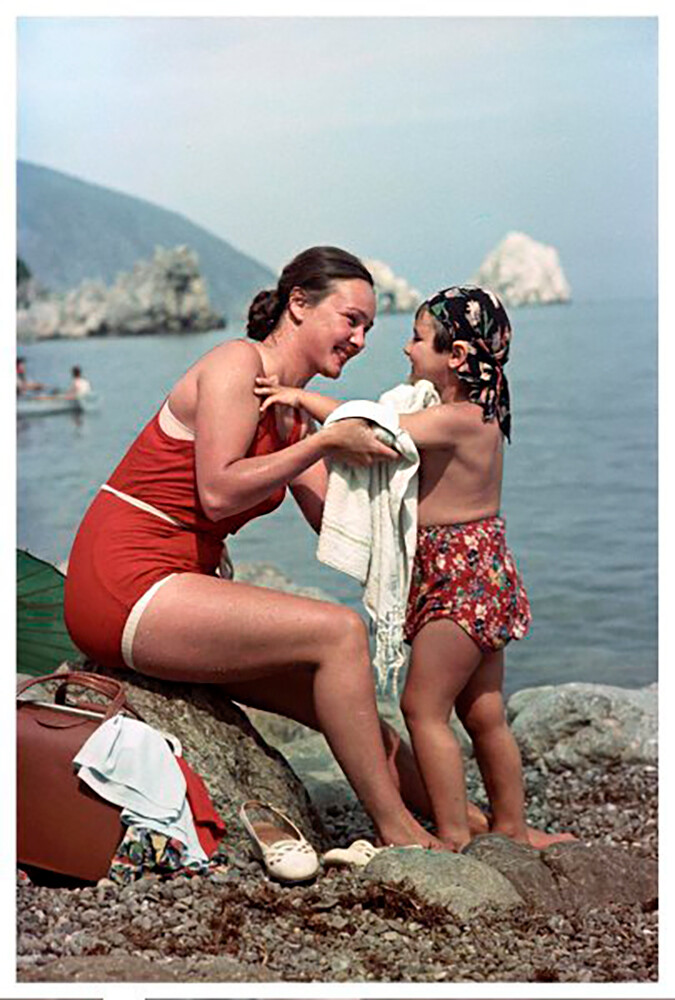 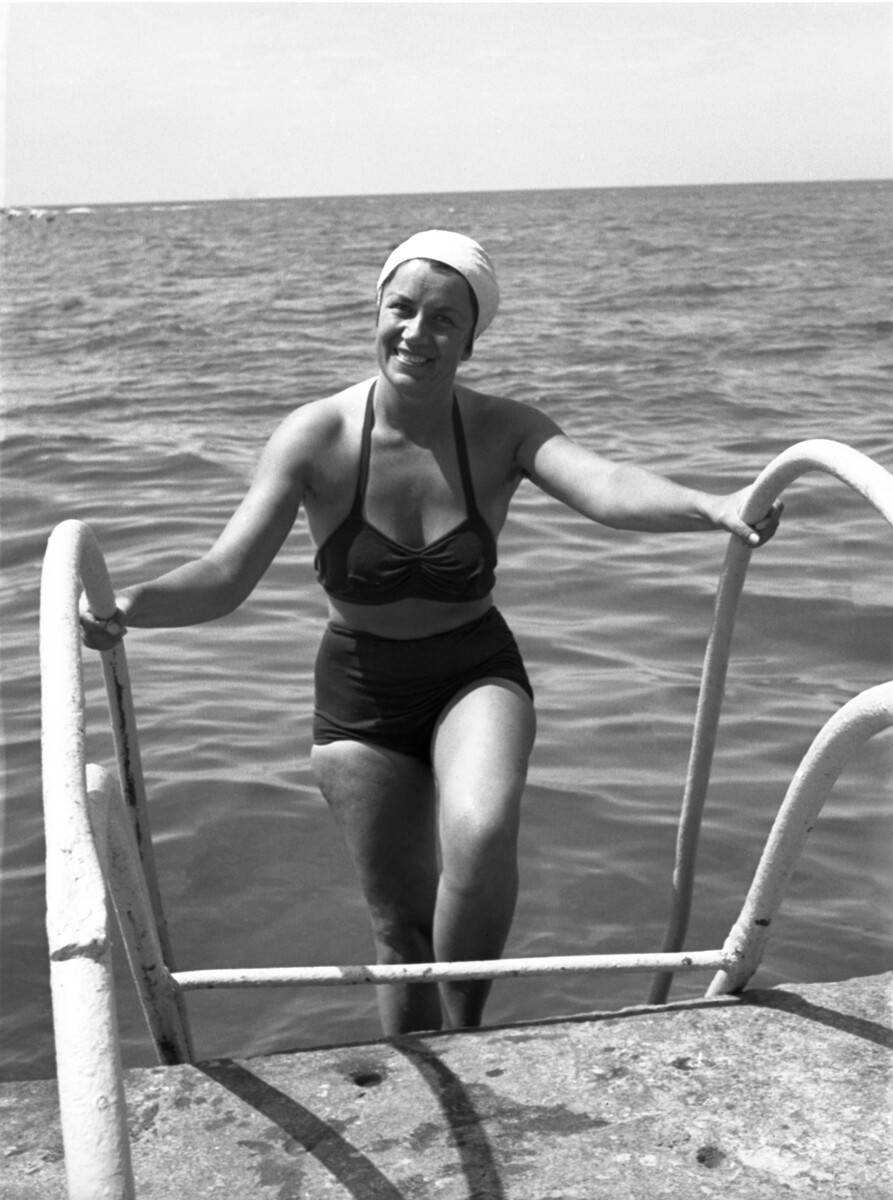 Swimwear was still in deficit, while “retro” options with high-cut bottoms continued to be popular (and would do so until the 1980s). But, the political thaw in relations with the West did finally make its mark on beach fashion: there were now smaller, strapless tops, exposing the neck and shoulders. 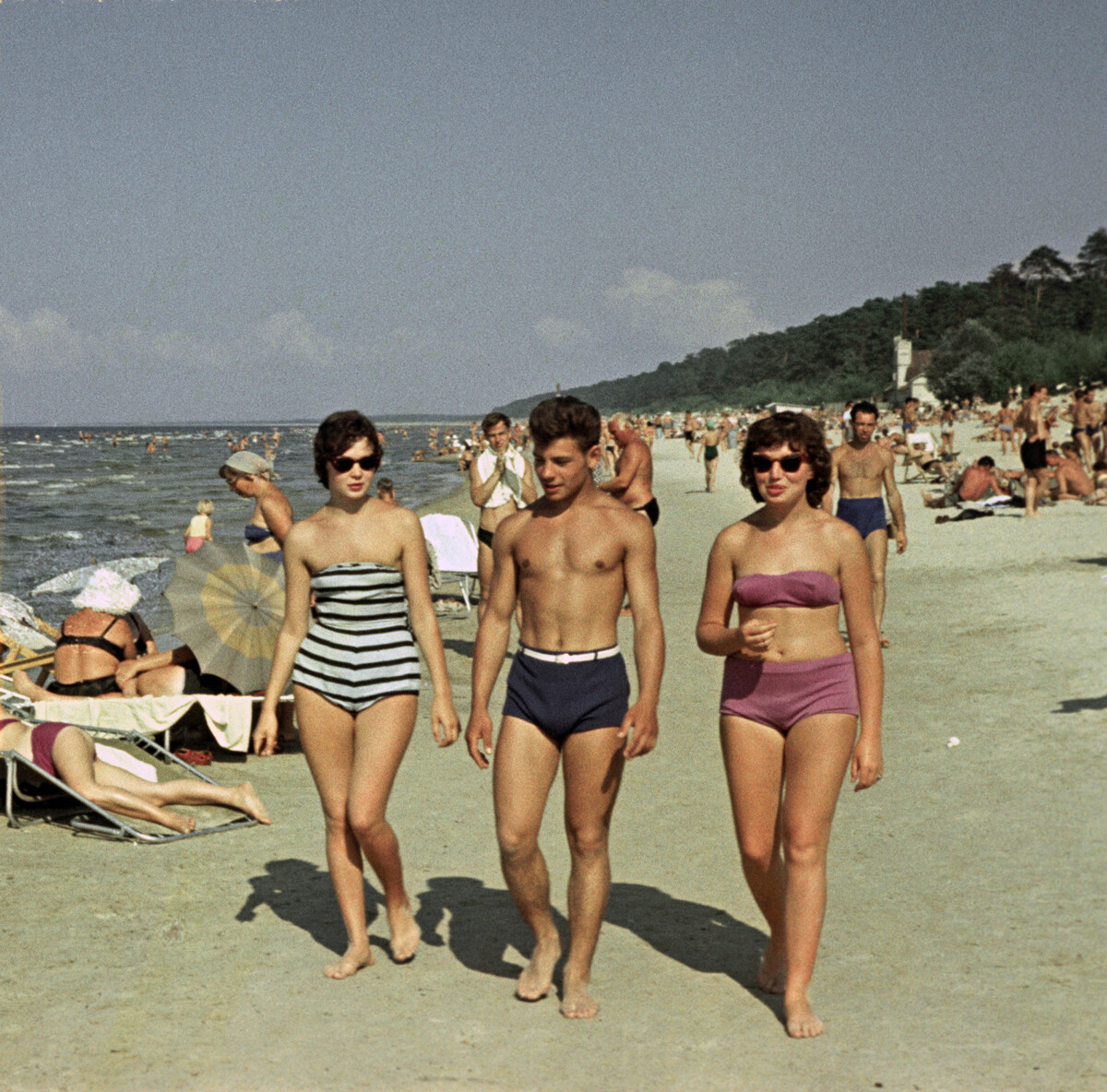 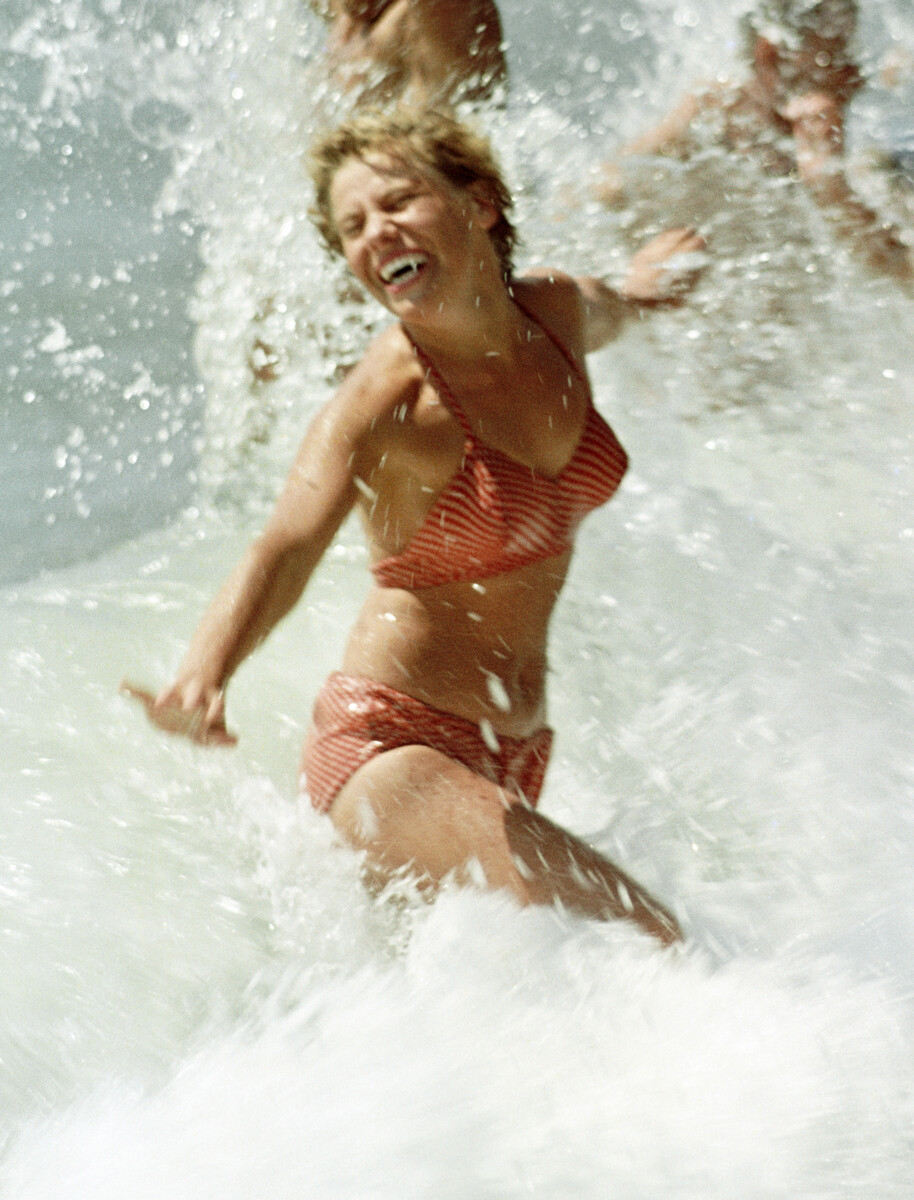 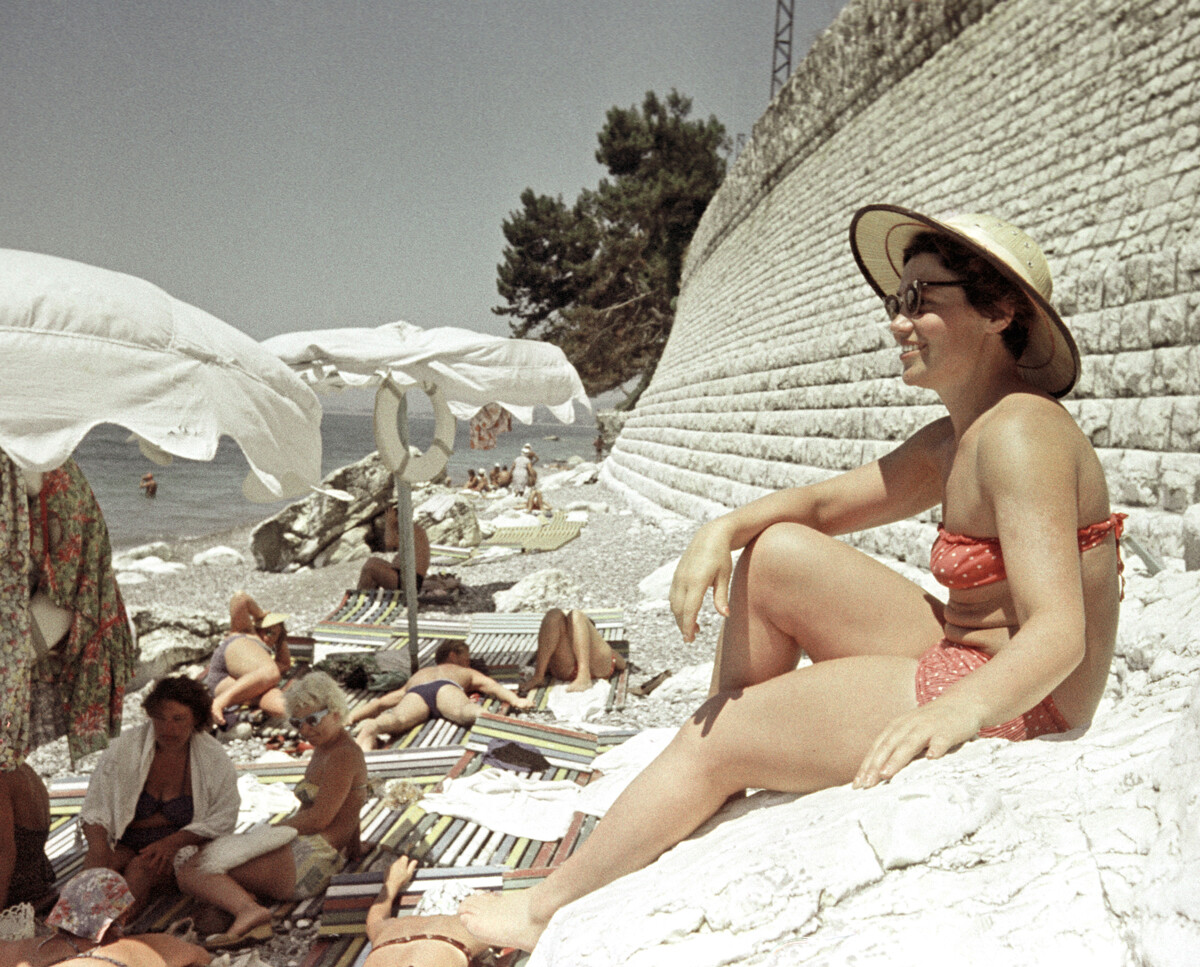 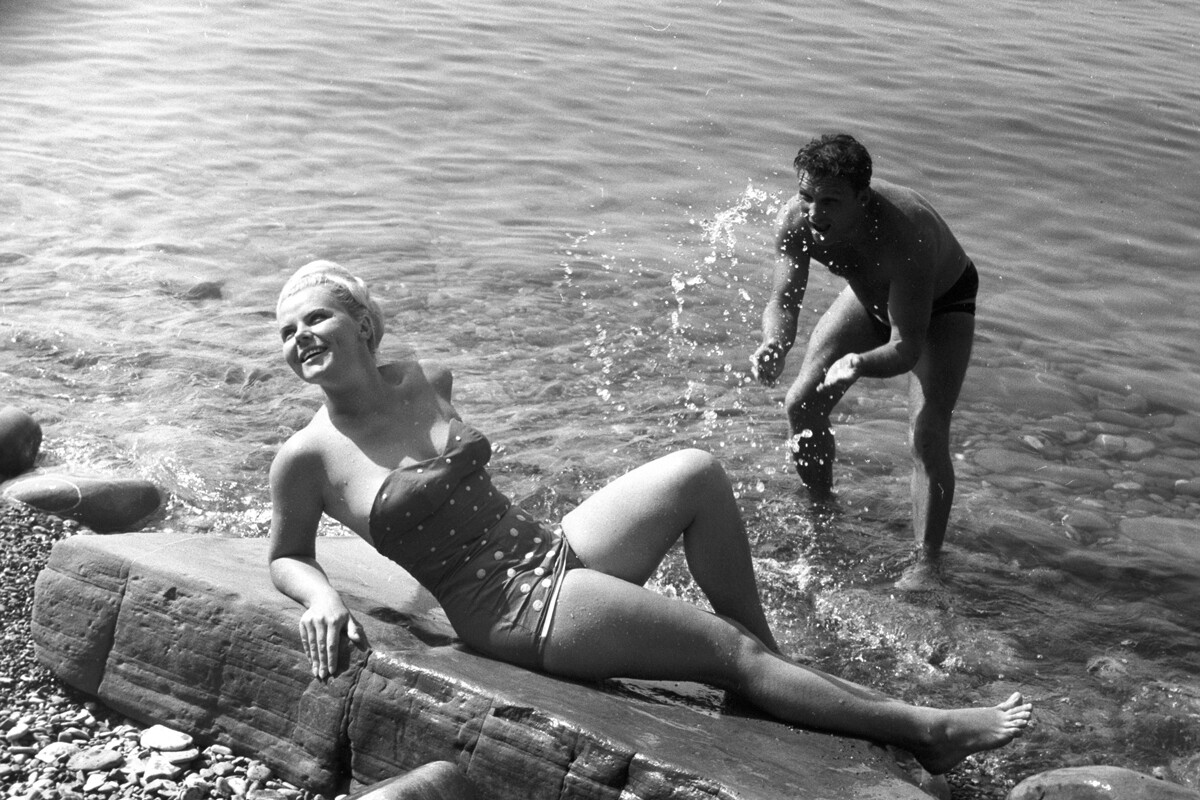 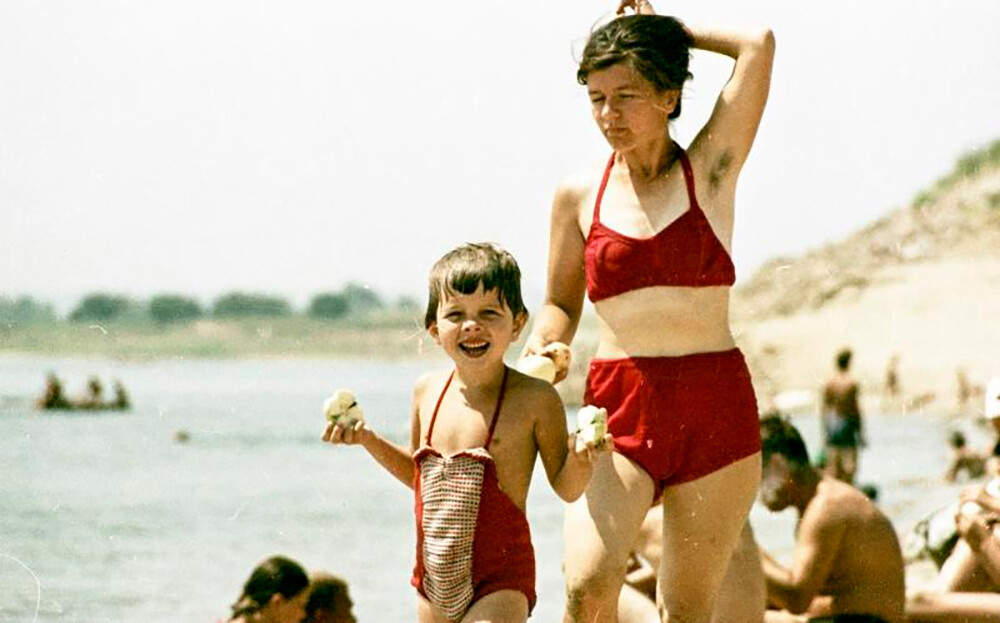 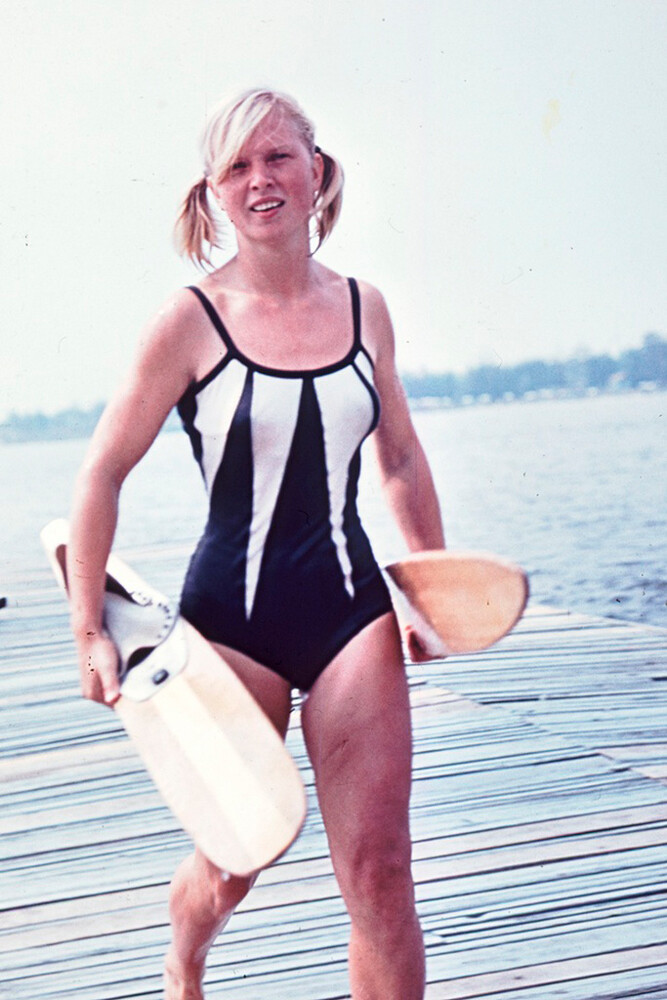 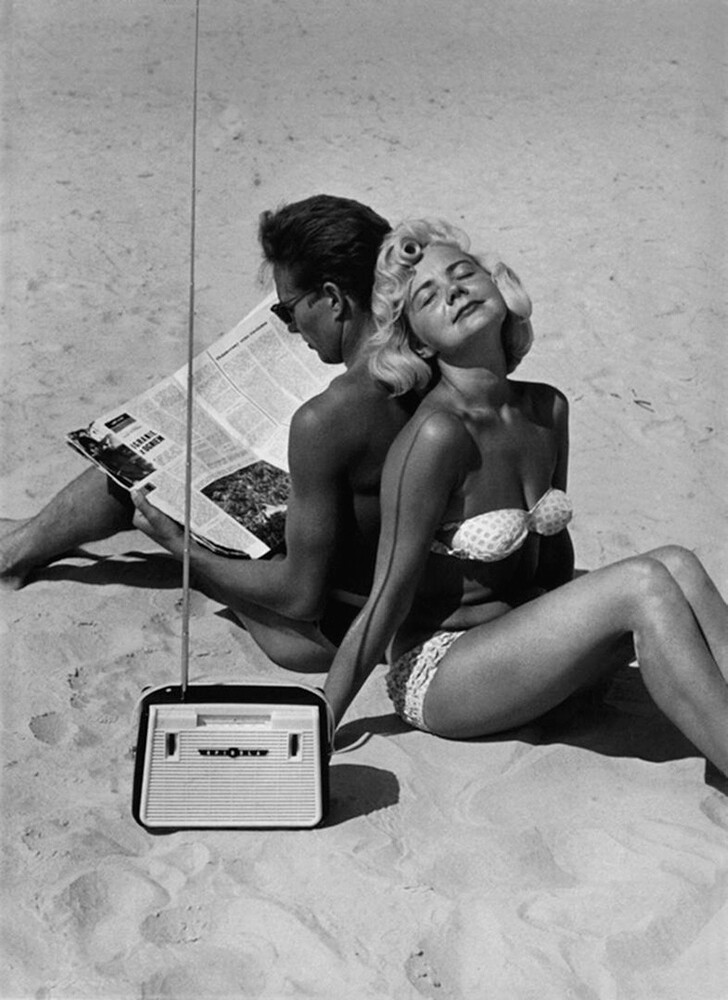 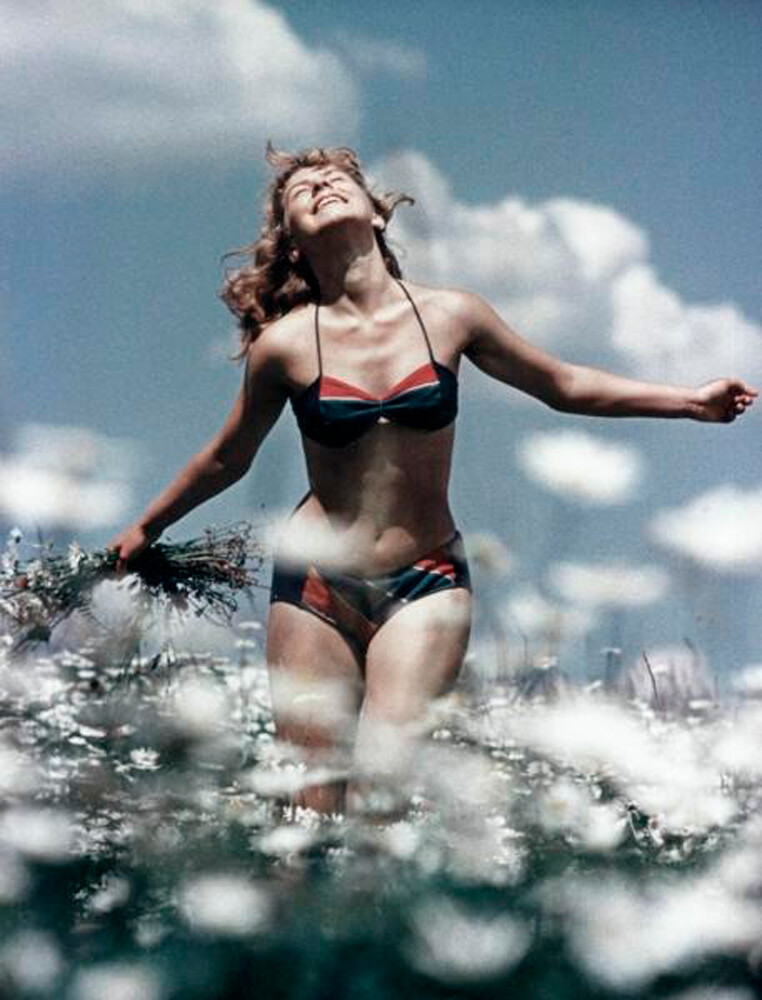 The cult classic movie ‘Diamond Hand’ hit Soviet theaters in 1969. The female protagonist, played by Svetlana Svetlichnaya, appeared in a swimsuit that would’ve been unthinkable in those days - complete with very low-cut bottoms and a bare stomach. The crowds went mad: everyone wanted to get their hands on one. The period coincides with people’s ability to finally obtain fashionable and not very expensive swimwear - not in stores though, but from resellers. 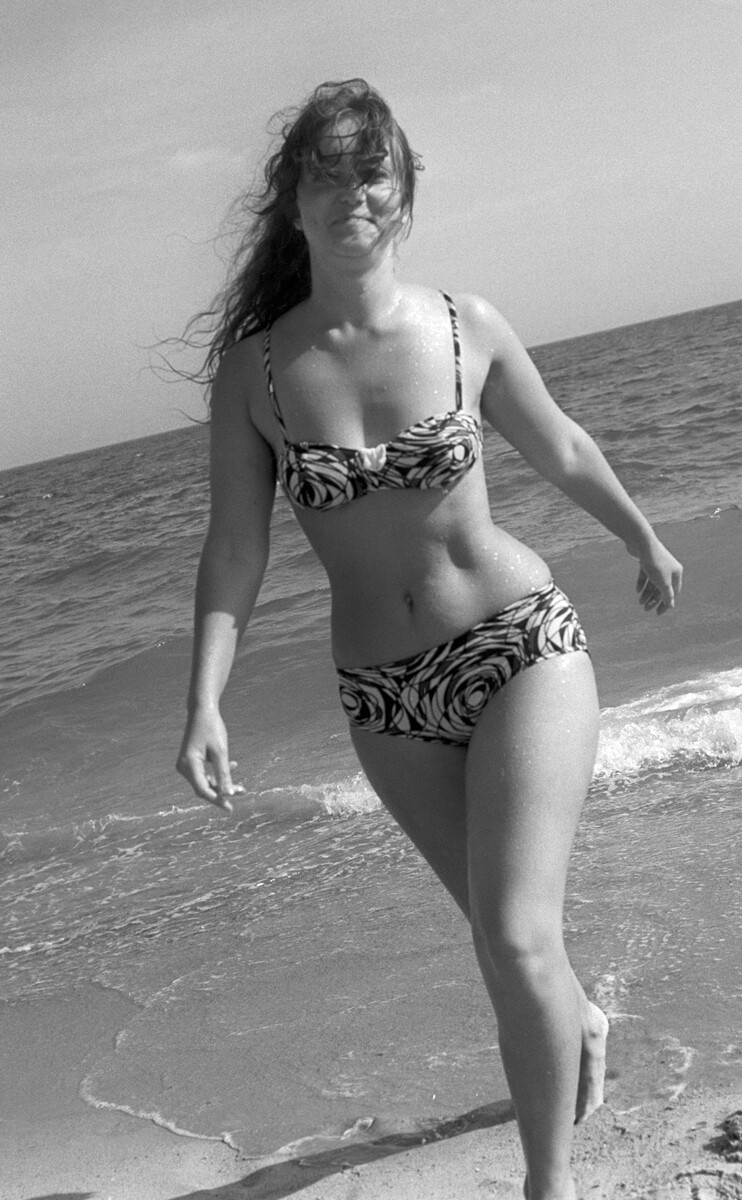 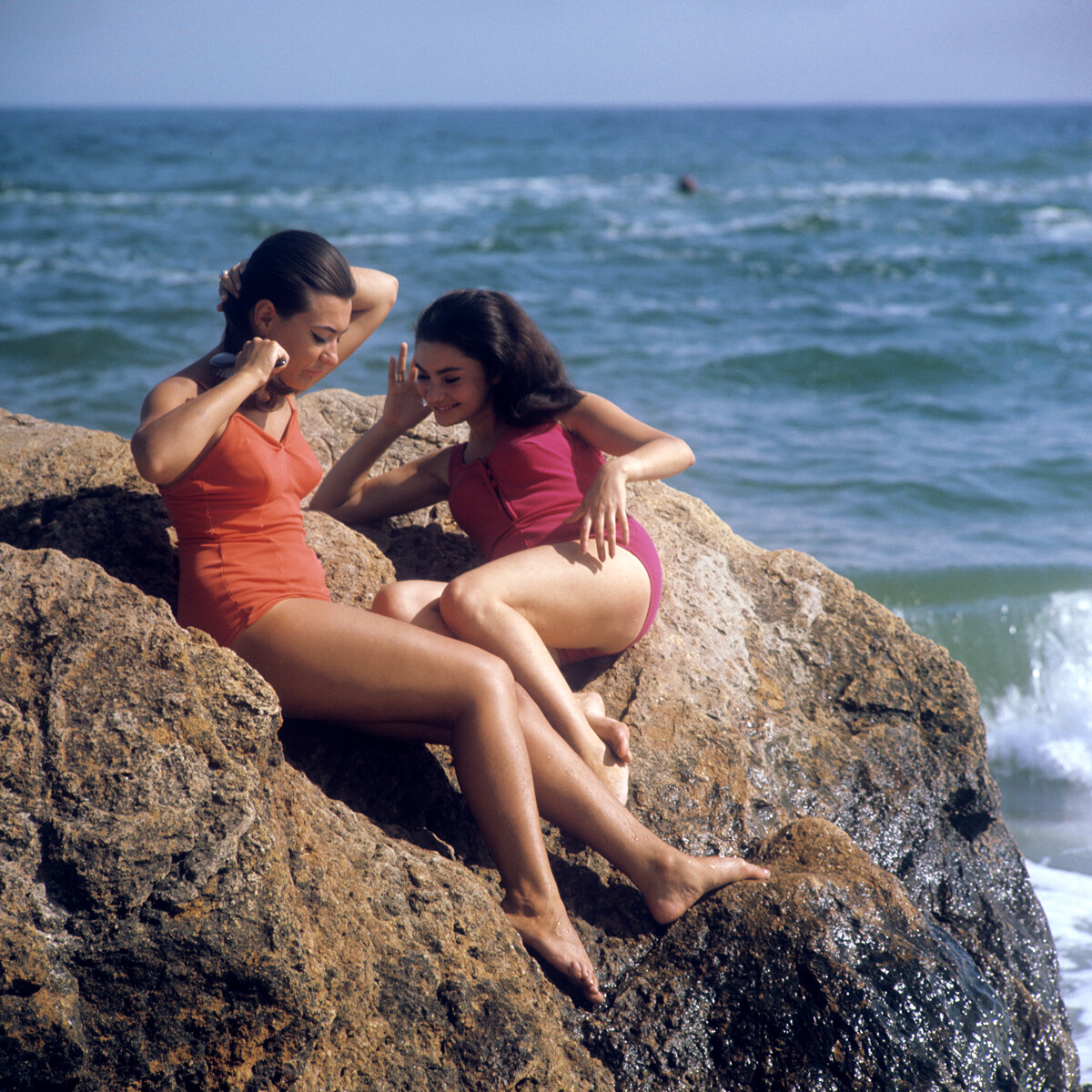 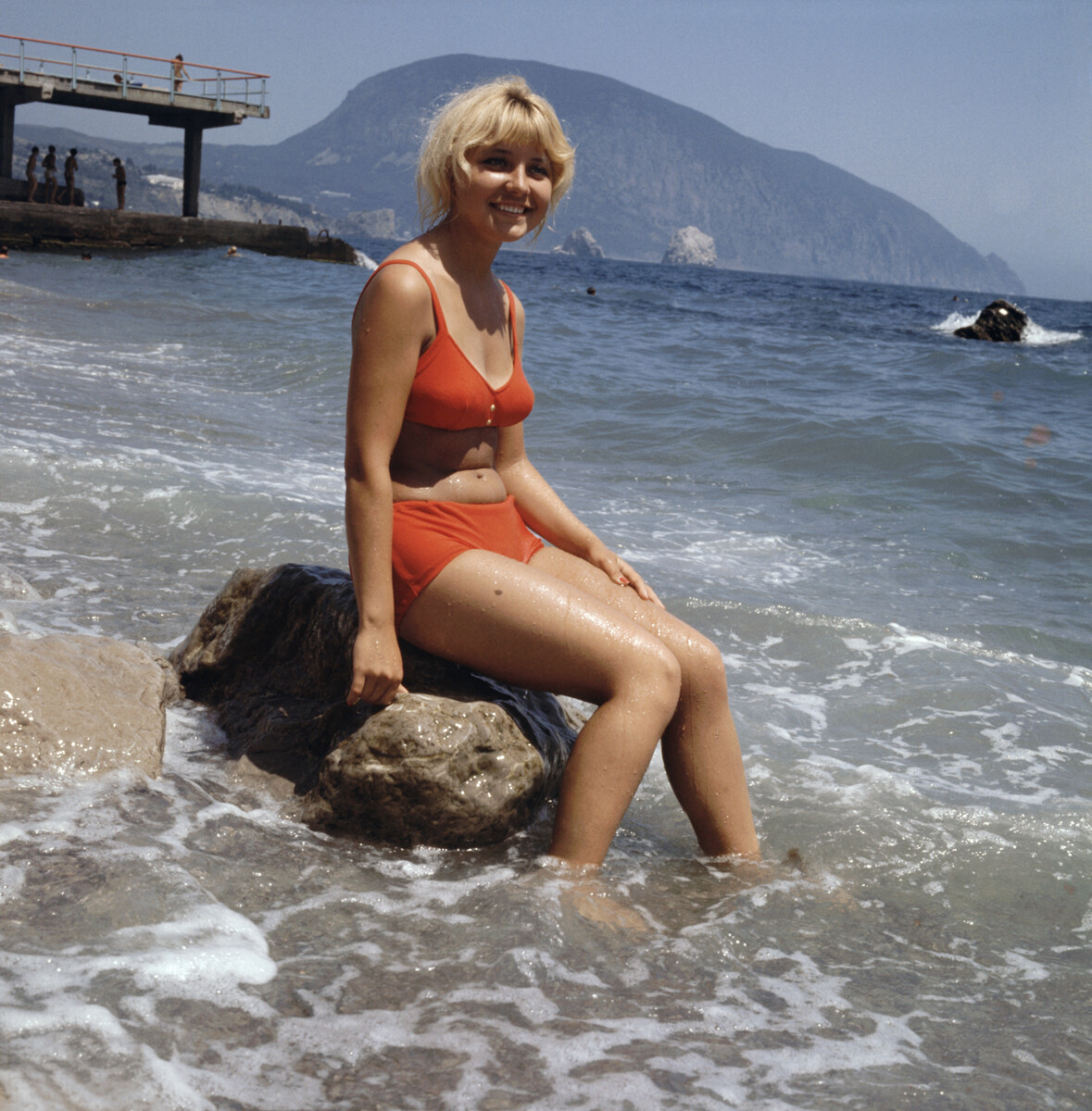 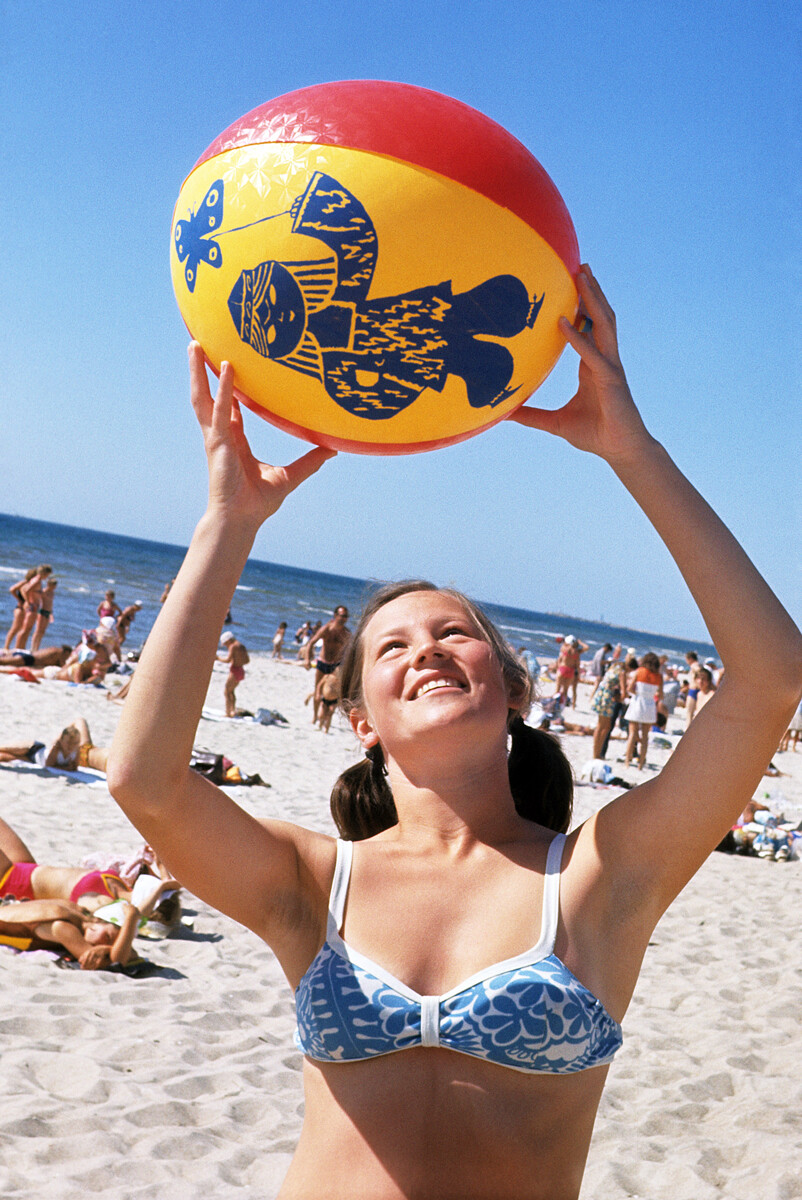 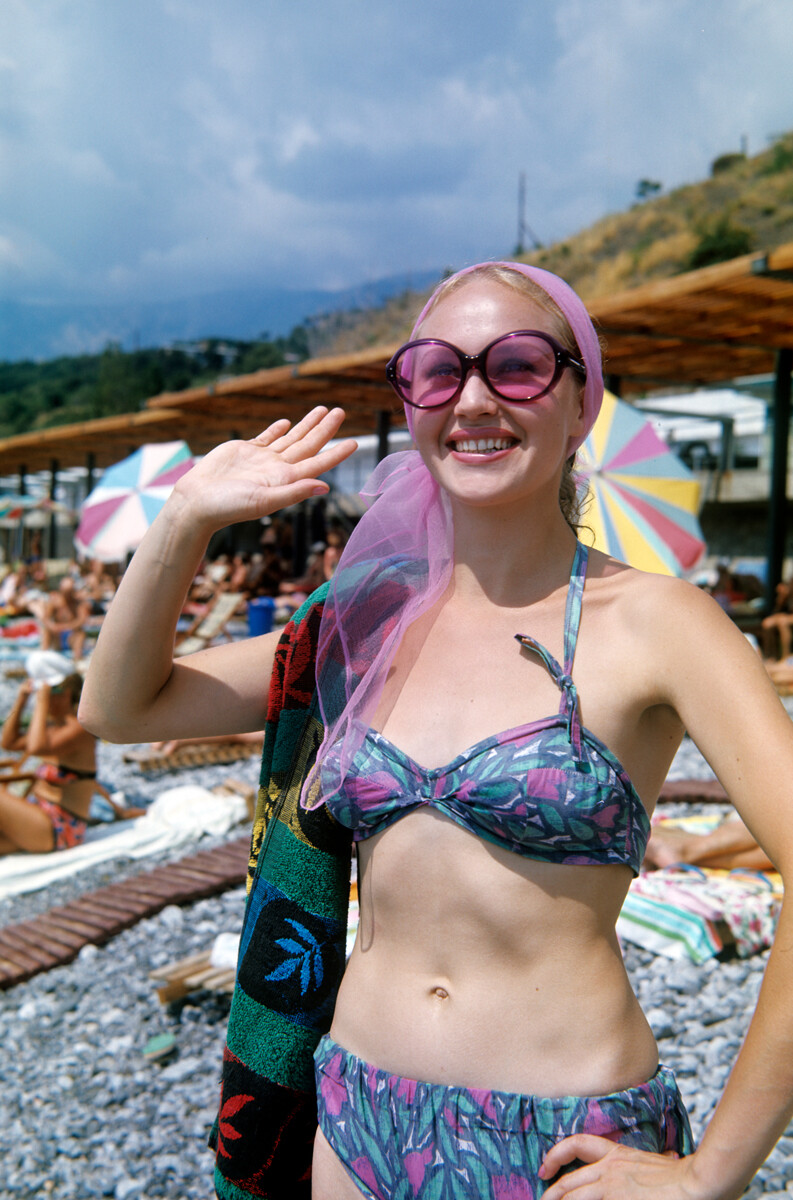 Right on the cusp of the Perestroika, conservative attitudes toward the female body finally changed completely. With each passing year, swimsuits became more and more revealing. The USSR was finally getting used to the regular bikini: brighter, more original - such qualities were in demand in the 1980s.

Soon thereafter, the previously hermetically sealed Soviet market was flooded with Chinese-made knockoffs. But, together with the loosening of restrictions, beach fashion lost its regional segmentation: women all over the country happily traded their wardrobes for the latest Western trends. 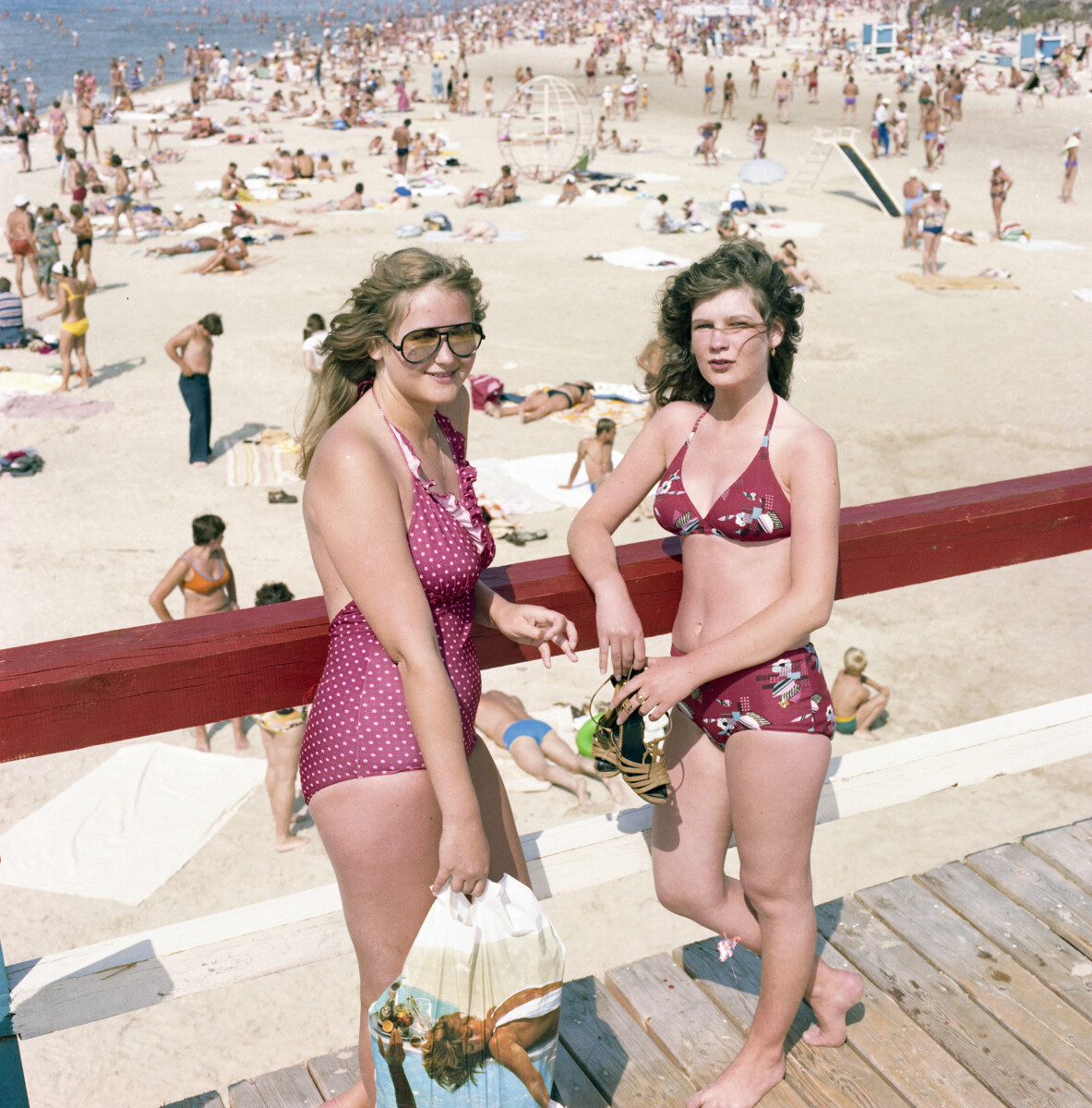 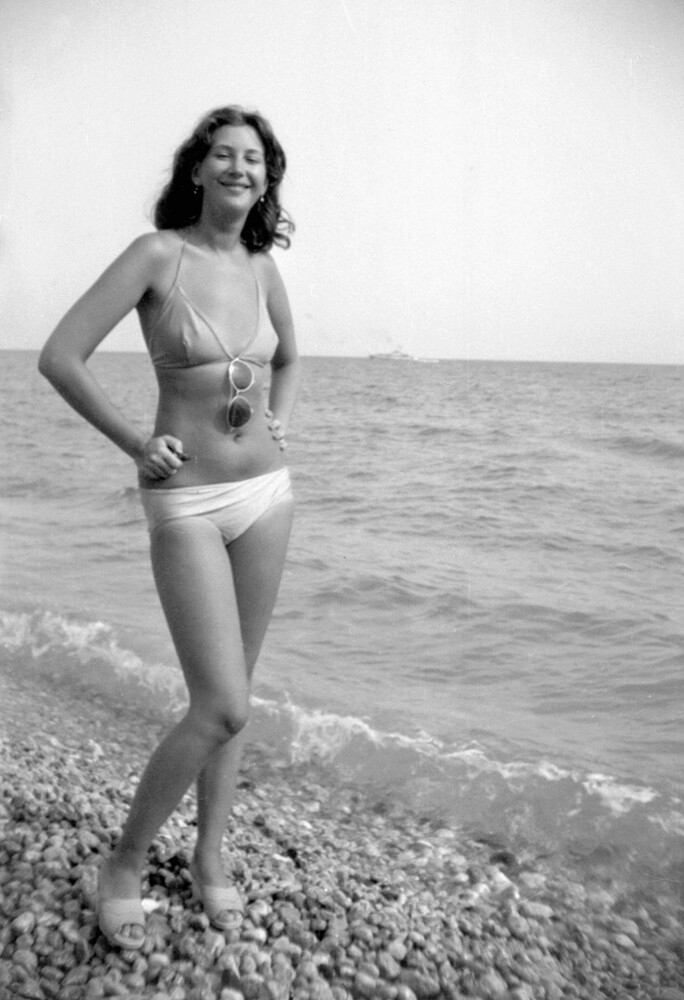 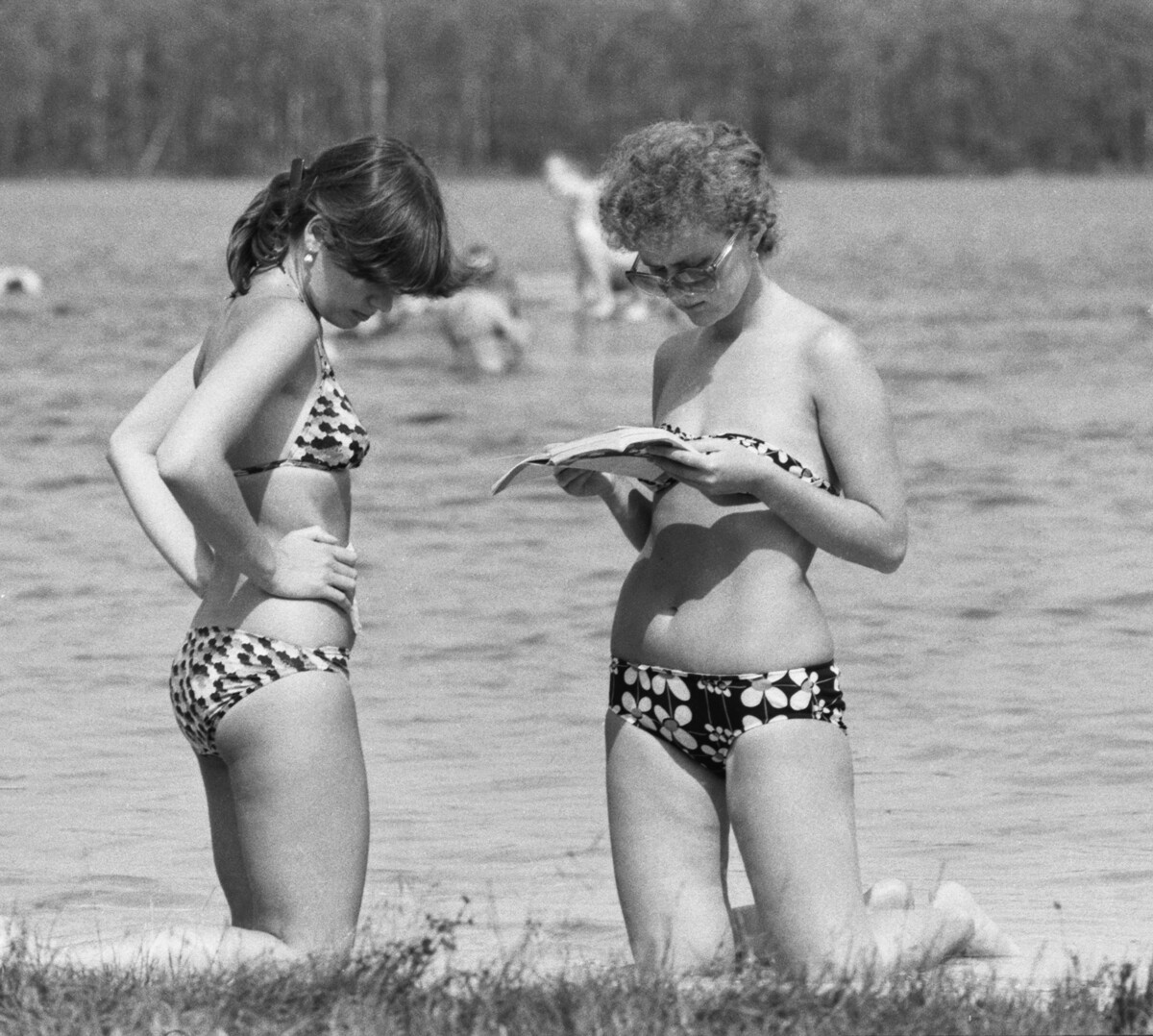 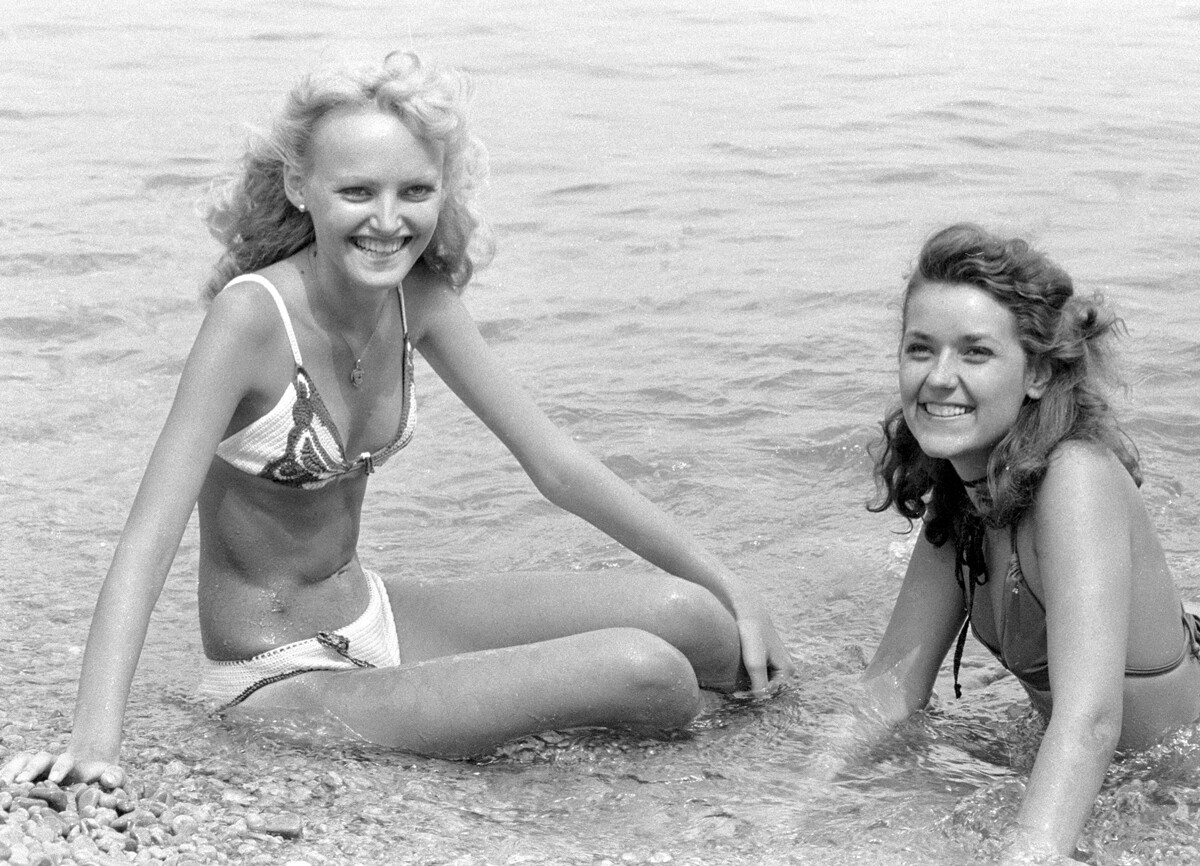