5 facts about the Kurilian Bobtail, the most unusual Russian cat breed (PHOTOS) 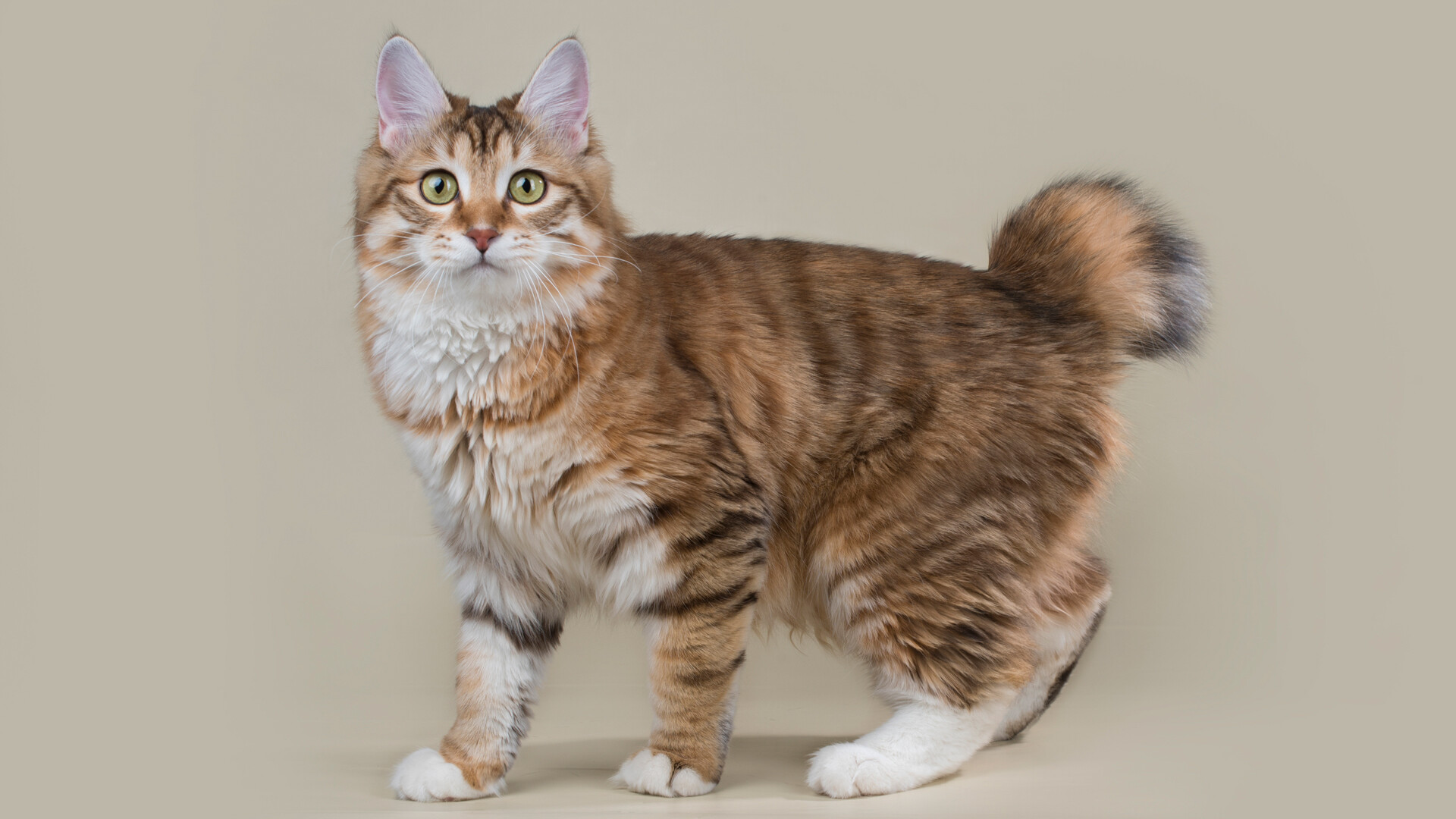 Legion Media
It has a “pom-pom” instead of a tail, much like hares do, as well as strong front paws. Believe it or not, but these cats may still be found in the wild.

Kuril Bobtails are often described as domestic cats resembling small lynxes. This breed was officially registered only in the 1990s. Here is more about what these cats are like and why they have no tails.

1. The Kurilian Bobtail has Siberian ancestors 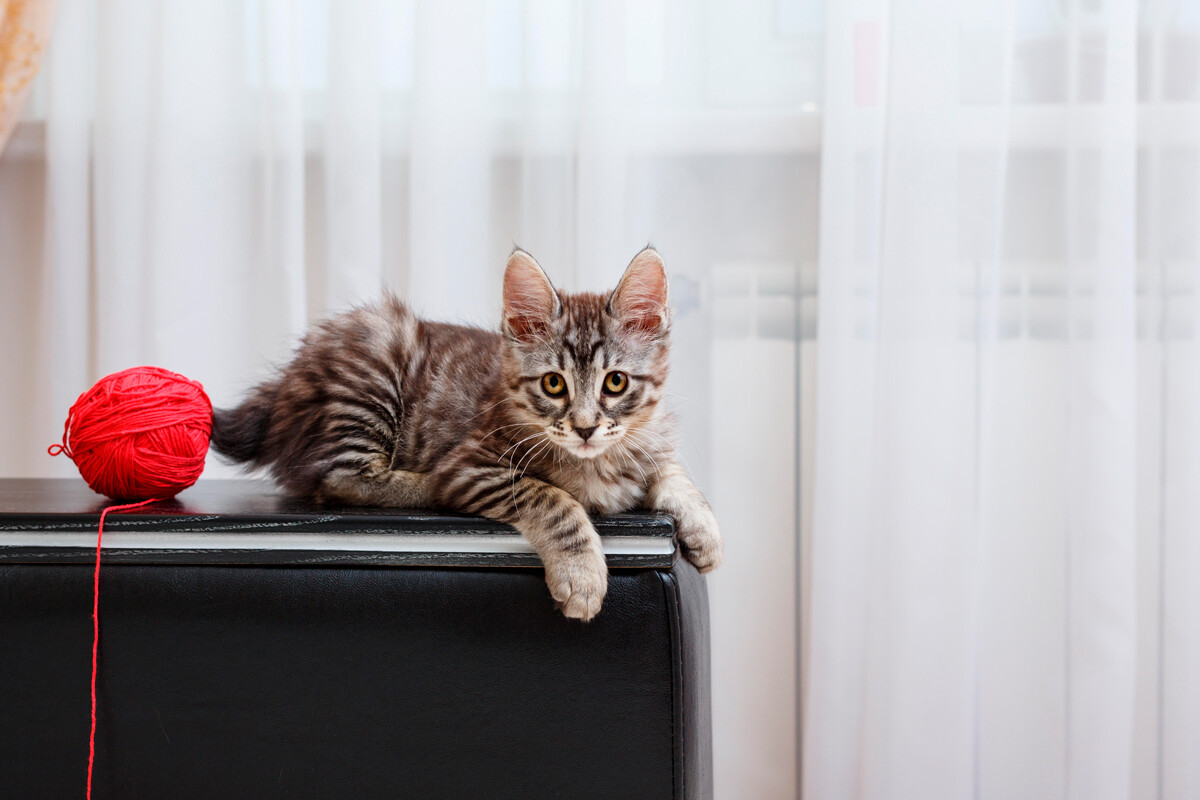 This breed has been little studied by felinologists yet, but the most common version of how they came to exist is the cross-breeding of Japanese Bobtails and Siberian cats. They were brought to the Kuril Islands by Japanese and Russian seamen at the start of the 18th century, when the latter were virtually discovering these lands and putting them down on the map. As a result, both breeds communicated and interbred with each other in wild nature for a long time, leading to the emergence of a new, unique cat breed - the Kurilian Bobtail. They have a very short tail, a “Siberian” face and a fluffy fur coat, which protects them from frosts and winds.

2. Reached the mainland only in the late 20th century 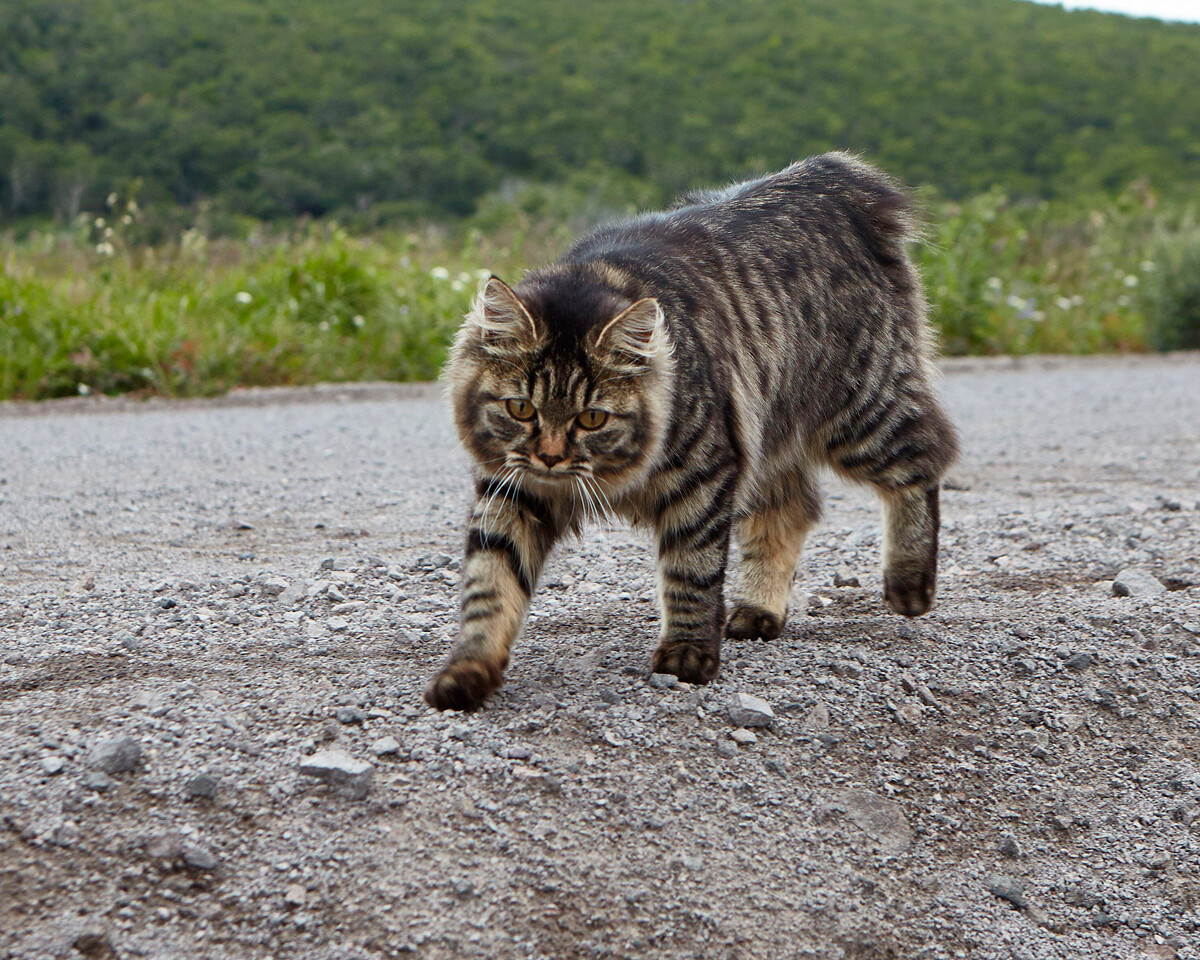 For decades, hardly anyone knew about this unusual cat breed living on the Kuril Islands. Kurilian Bobtails were first taken note of back in the 1980s by Soviet researchers, who decided to take home a number of wild cats from the islands of Kunashir and Iturup and show them to specialists. At the time, felinology was just being born as a branch of science, so, at first, they were taken for Japanese Bobtails, but turned out to be quite different in terms of their appearance and character. In 1991, Moscow felinologist Olga Mironova set out the breed standard, which was then registered -  first in the USSR and, in 1994 - at the International Cat Association. Hundreds of breeding catteries have emerged since then, with most of them located in Moscow.

3. Their short tail may be of different kinds 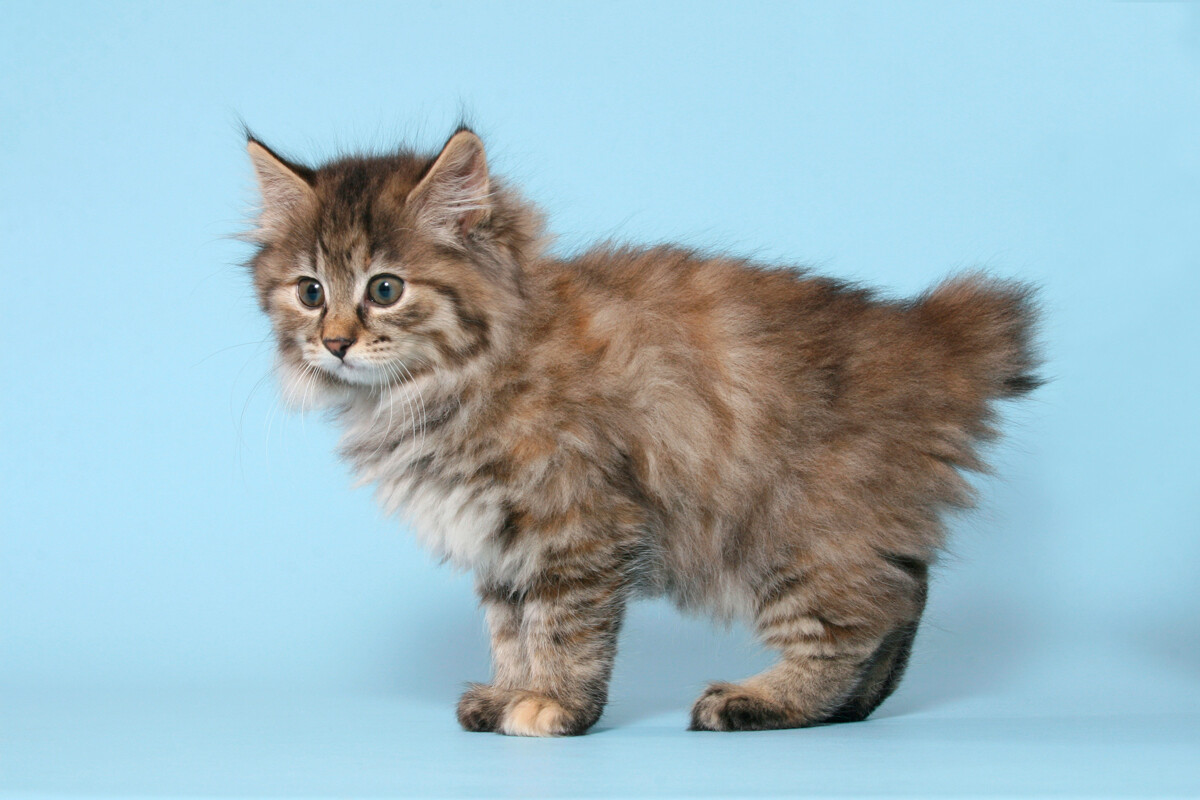 A cats’ tails function as a kind of a “steering wheel” (we explain this in greater detail here based on the example of the snow leopard), with the help of which they keep balance when performing maneuvers. But, since Kurilian Bobtails have a very short tail, these cats’ back paws have developed well enough over time: if you take a closer look, you’ll see they are bigger and mightier than those of long-tailed cats. In addition to this, their “pom-poms” may be of different length - up to 12 centimeters and different shapes: there are round, spiral-like or straight bobtails.

4. They are exceptionally friendly 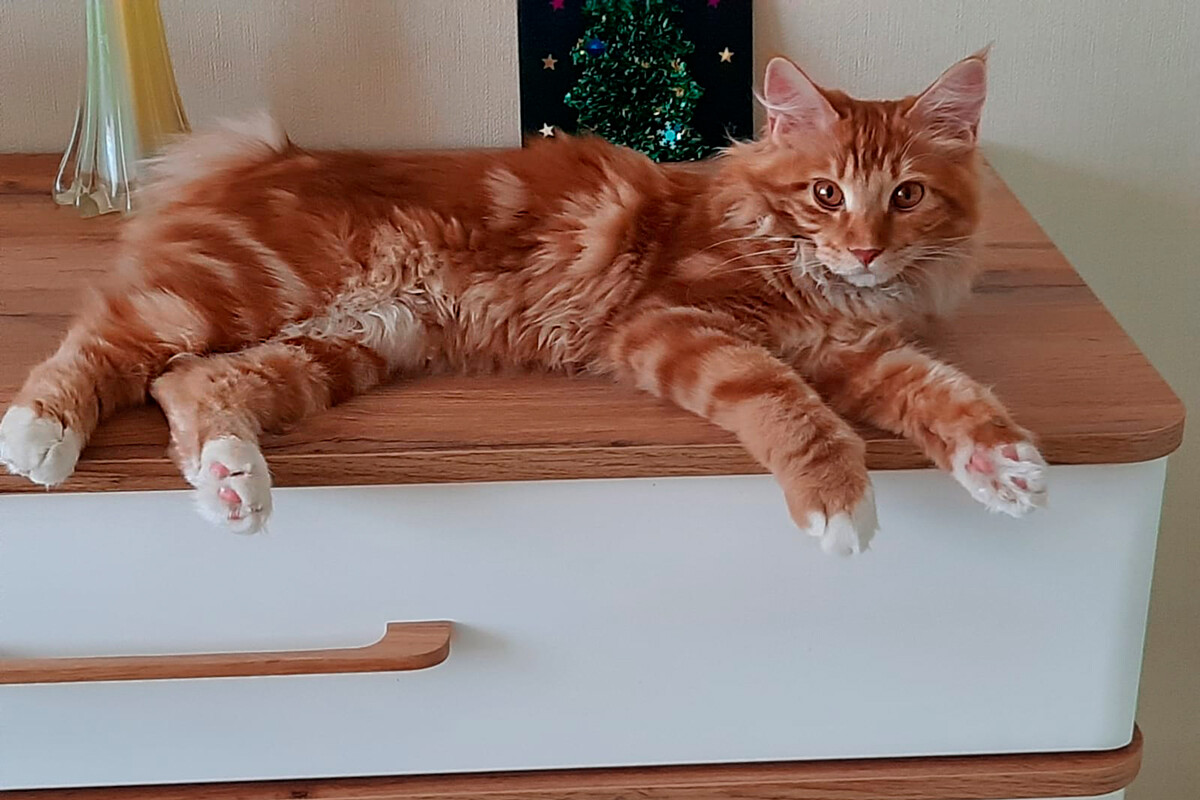 Although Kurilian Bobtails are true predators, they like people, especially children. “When I was choosing a cat, I wanted it to have a good immune system, to get along well with children and be active, so that one can play with the cat that won’t sleep for whole days,” recounts Muscovite Maria, owner of one-year-old Abrikos and a huge fan of the Kurilian Bobtail breed. Abrikos is already the third feline of this breed in her family. “These cats do not resort to aggression towards little children, easily letting them cuddle with them.” 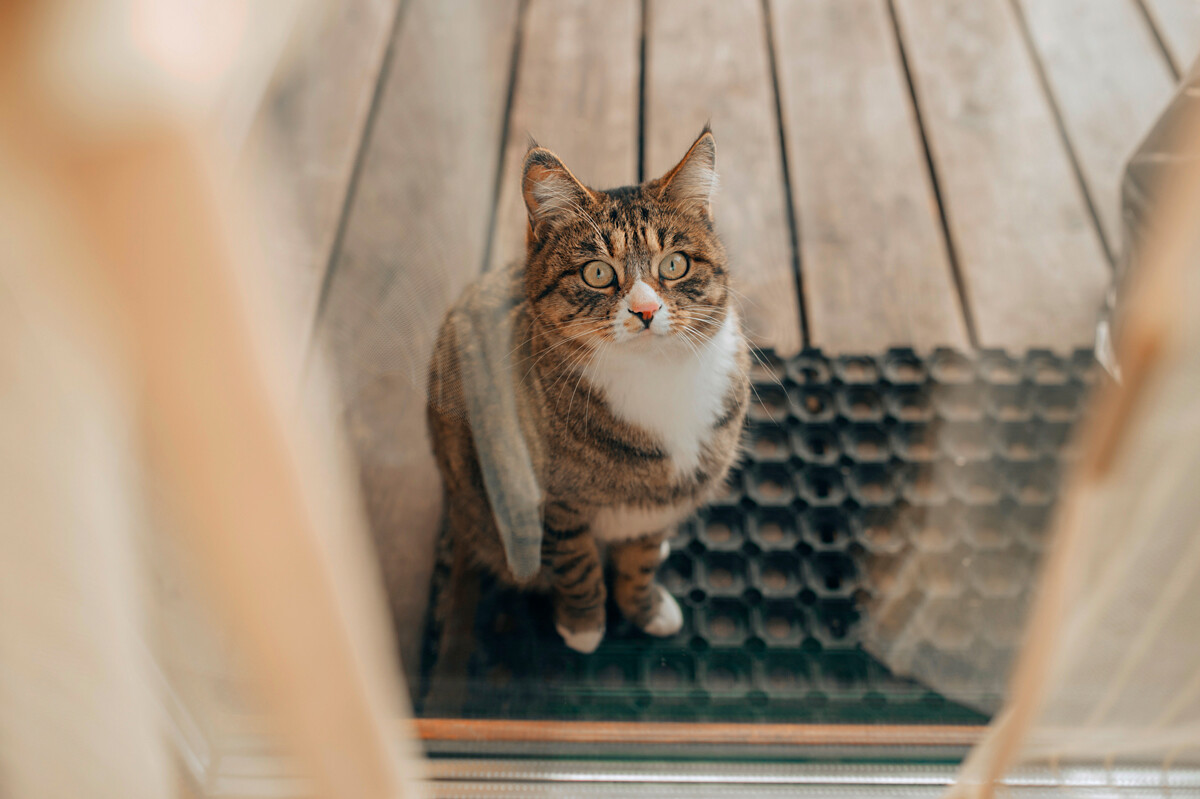 Maria says that Kurilian Bobtail cats are typically very sociable and keen to play at least twice a day, even if they are already grown-up - something one has to be prepared for. Males are, incidentally, double as heavy as females, their weight reaching up to over 7 kg. They also live a really long life at home - about 15-20 years, boasting a sound health, like most aboriginal felines.

5. One can still come across them in wild nature 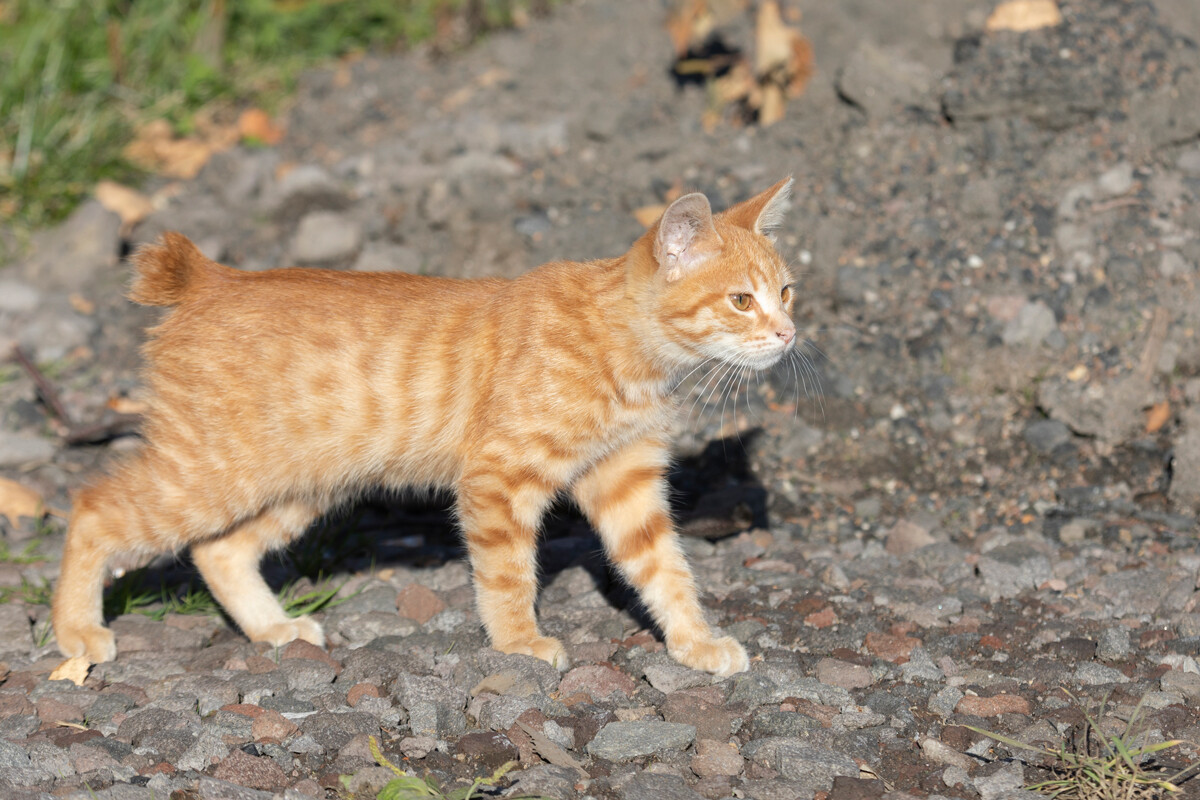 A cat in a wild nature.

Nowadays, all Kurilian Bobtail kittens are bred in catteries in keeping with the strict breed standards. There can be both short- and semi-longhair ones, notably of different fur patterns. The “wild” tigrine pattern coupled with semi-long fur is considered the oldest and the most popular. Besides, no less wide-spread is the marbled tabby pattern (for instance, Abrikos is a red marbled tabby cat), as well as the smokey and spotted ones. The breed standard doesn’t recognize color-point patterns, as it prohibits cross-breeding Kurilian Bobtails with others.

Interestingly enough, these felines may still be found in the wild on the Kuril Islands and in Kamchatka. In contrast with many other cats, they are not afraid of water. Like lions, they live not on their own, but in groups commonly referred to as ‘prides’.