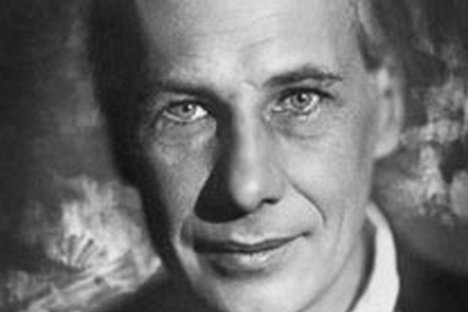 Andrei Bely completed his novel, “Petersburg,” 100 years ago this year. The writer embodied modern anxiety, but his personal demons and his genius led the way to contemporary fiction.

Russian symbolist poet Andrei Bely, born in 1880, was a modern man, with a rich interior life but little in the way of self-examination. A nervous, self-aware narcissist, Bely was convinced of, and tormented by, his own genius.

In Bely’s case, his parents’ bellicose quarrels were such a constant in his childhood and adolescence that he developed a nervous manner of chattering about seemingly disassociated topics that actually centering centered on himself. He developed what was referred to as a nervous personality, yet his freely associative, poem-within-prose style was revolutionary.

Bely completed his greatest work, “Petersburg,” 100 years ago this year. Bely's writing was lyrical and experimental, like that of James Joyce, whose work was appearing at about the same time, and his writing foreshadows contemporary master David Foster Wallace.

By the age of 30, Andrei Bely was already established in the minds of the Russian literati as a Symbolist poet, novelist and essayist, who like Alexander Blok, the prophetic poet of the Silver Age, arose during the pre-revolutionary period.

While difficult to classify, "Petersburg" is strangely familiar to contemporary audiences of such films as "Black Swan" or "The Bad Lieutenant" or "A Beautiful Mind," where dreams or delusions push back everyday reality, drawing in the unwitting viewer. Bely, however, far outshines such scripts.

A ride in a carriage by the protagonist’s government minister father, isn’t just a ride in a carriage in "Petersburg," it’s a place from which Apollon Apollonovich Ableukhov sees Vasilevsky Island look “…back at him in fright”, and from where he  “…suddenly expanded out of the black cube of the carriage in all directions and soared above it.”

The haunted writer as prophet

Nothing in literature up to that time could have prepared the Russian reading public for "Petersburg," a novel that mixes the scientific and rational, the intuitive and spiritual, the omniscient voice, the first person plural, prose, poetry, music, color, past, present and future, while telling a story with mirthful humor overshadowed by impending patricide, revolutionary terror and the coming of the apocalypse.

The plot is simple:  Ableukhov, the university student son of a powerful government minister,  falls in with revolutionaries who ask him to make good on his promise to do a service for them, and feeling honor-bound, he consents. He is asked to hide a time bomb and is later instructed that he is to blow up a government official, who turns out to be his powerful-yet-buffoonish father. The time bomb is hidden in a sardine can and Nikolai loses track of it.

In his time, Bely’s work was the subject of heated debate. It appeared in serial form in 1916, the same year as Joyce’s "Portrait of the Artist as a Young Man." The two men were most likely unaware of each other, and the works are entirely different, but share a deep experimentalism.

Bely’s work was frightening to many who read it in installments because it centered on the terror that threatened to pull Russia apart. The image of such terror coming from within, from the son of a powerful minister, made it all the more disturbing.

A Friendship with Blok

Alexander Blok and Andrei Bely felt they were spiritually linked. They were both from families of university professors. The two had heard of each other from Sergei Soloviev, Blok’s cousin and Bely’s friend in Moscow, and they began corresponding to each other on the same day.

Bely fell out with Blok over his love affair with Lyubov, Blok’s wife, platonic though it was, but Blok later reconciled with Bely and became Bely’s supporter when no one would help him. Bely was unable to support himself.  His father once predicted if his son ever turned away from mathematics and physics, in which Bely was gifted, he would be penniless. Borrowing 500 rubles from Blok, Bely finally found sufficient solitude at a family friend’s estate to write the first draft of "Petersburg."

Craig Nelson is at work on his first novel about the life and times of Alexander Blok life and times. You can find an excerpt of his novel at aablok.blogspot.com.