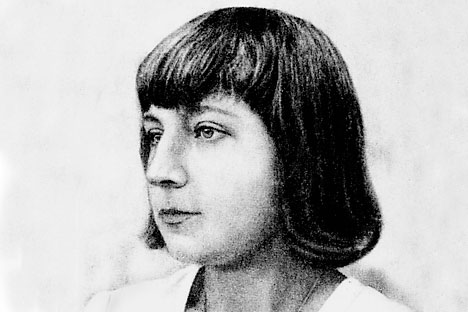 Two brave women kept the spirit of Marina Tsvetaeva, who took her own life 70 years ago, alive. They made sure the great poet would not be forgotten.

Marina Tsvetaeva, one of Russia’s most remarkable poets of the Silver Age--took her own life 70 years ago, on Aug. 31, 1941. In recent years, her poems and life story have come to life as a dramatic chronicling of the first half of Russia’s 20th century—a wrenching tale of revolution, exile, émigré life, espionage, and the inevitably fatal encounter with Stalin’s Terror.

Two years before her death, Tsvetaeva had followed her husband and returned to Russia from Paris, only to find herself more or less under house arrest. What she may not have known is that her dashing and charismatic husband, Sergei Efron, homesick for Russia, had started working as a Soviet spy in Paris—perhaps partly to show his allegiance after being a White soldier in the revolution. When they returned, they were a marked family. Efron first contracted tuberculosis and then was arrested. Tsvetaeva, ancient at the age of 48, could not go on. She hung herself in August, leaving a note, “to go on would be worse.” (Some wondered if the NKVD, the precursor of the KGB, forced her to commit suicide.)

As dark as her life became, recalling her has become a celebration—in part because getting recognition for Tsvetaeva was some sweet revenge. Rediscovering her poems and preserving her life was a life-long project for two women—Marina’ sister, Anastasia, and Nadezhda Katayeva-Lytkina.

I met Anastasia, the author and younger sister of poet Marina Tsvetaeva, in 1990. She gave me her newly printed novel that she, as she informed me with a mischievous smile, smuggled out of the camp over the years on packs of cigarettes. During Stalin’s reign, and after his death, she sat 22 long years in detention and exile, because she was the sister of the famous Marina—and also because Anastasia was an author herself.

Anastasia Tsevetaeva became friends with Nadezhda Katayeva-Lytkina. A young surgeon, and member of the intelligentsia, Katayeva-Lytkina also lived in what was once the house where Marina lived.

In the 1940s and 50s, Marina Tsvetaeva’s poems could not be found. At that time, Katayeva-Lytkina was assigned a room in a “Kommunalka” (communal apartment) in the center of Moscow, which had one kitchen for 28 people. But the young surgeon felt quite fortunate, as she lived in the dwelling of the beloved poet Marina Tsvetaeva, whose volumes of poetry secretly accompanied her and fortified her spirit. Katayeva-Lytkina vowed to bring to light the secrets surrounding Tsvetaeva despite all the resistance she encountered. She sought out like-minded persons and dedicated her life to the fight of gaining recognition for the poet.

When Tsvetaeva’s sister Anastasia was released from the prison camp, the good doctor befriended her. The struggle to save the old house, which was in total disrepair and utterly filthy, initially played second fiddle to the task of cautiously publishing the first volume of Tsvetaeva’s work.

The struggle went on for decades and resembled a political thriller. The Central Committee of the Communist Party threatened the surgeon: “If you publicly speak of the measures taken, your house will be demolished.”

Then Perestroika began. Undeterred, employing civil disobedience and the assistance of friends and fans, Katayeva-Lytkina finally got the museum to add Marina Tsvetaeva’s house to its exhibit. In the autumn of 1992, as the country officially celebrated her 100th birthday, the museum finally opened its doors. They were long- awaited days of celebration for Katayeva-Lytkina and Anastasia Tsvetaeva, who died three years later.

Today, the Marina Tsvetaeva Museum in Moscow is a visual feast for people interested in the Silver Age and the abundance of prerevolutionary culture.

One room is dedicated to Katayeva-Lytkina, who took me to see Anastasia back then, and who is also now deceased. The museum exudes Moscow’s colorful past in a way that is palpable for every visitor; it is located on a side street off the Povarskaya, not far from the Kremlin, with the same majestic noble palaces that Tolstoy, among others, mentioned in War and Peace.

It is here, in the heart of old Moscow, that Marina Tsvetaeva lived from 1914 until her emigration in 1922, which lead her to Berlin before reaching Prague, then Paris. Here she found “a house that was a world.” The three-story villa, with its robust interior design, became her “boîte à surprise” and her ship on a stormy sea. After her initial happiness with Sergei Efron came years of separation during the revolution. She overcame a revolution, subversions, chaos, cold, hunger and the death of a child all by herself, and documented it all in her work “Notes from the Attic.”

All three women—Marina, Anastasia, and Nadezhda--have long since departed this life, but their unbroken spirit continues to live on in this magnificent house.