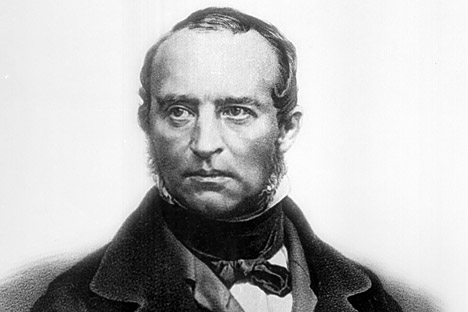 Vladimir Odoevsky’s “Two days in the Life of the Terrestrial Globe and Other Stories” (Oneworld Classics, 2012) is both a diverting read and a fascinating slice of literary history.

It seems a strange decision at first: to publish a book of early 19th century short stories by an aristocratic Russian polymath, two hundred years after he wrote them. This collection showcases Vladimir Odoevsky’s versatile skill as a storyteller, including ghost stories and thrillers, biographical studies and satires. “The Little Town in the Snuff Box” represents Odoevsky’s tales for children while the title story about a comet that appears to be approaching the “terrestrial globe” engagingly combines a mini comedy-of-manners with proto-science-fiction.

This bewildering range of embryonic genres is clearly meant to demonstrate the author’s wide-ranging importance in literary history. A century before Zamyatin’s “We” laid the foundations of the dystopian tradition, here is a fable that (briefly) envisages an apocalyptic scenario with global implications. The people of earth lament, “their pale faces … illuminated by a crimson flame.” Odoevsky can also do pre-Dostoevskian psychodramas of guilt and confession, or semi-Tolstoyan social tales.

Comparisons are not confined to Russian authors. He shares motifs with a range of past and future writers, especially the Romantics; his status as “the Russian Hoffman,” after the German author whose novellas provided plots for ballets like “The Nutcracker,” is reinforced by his interests in philosophy and music.

Odoevsky met Glinka and the young Tchaikovsky and wrote a moving fictional account of “Beethoven’s Last Quartet.” This musical short story is based on a real (and, at the time, relatively recent) incident where “the musicians threw down their bows” in disgust at “the outrageous lurches of this genius in decline.” Most of the rest of the tale is a monologue by Beethoven, in which he promises to “overturn all the laws of harmony.”

Professor Neil Cornwell, who translated and introduced these stories, is a specialist in Odoevsky’s work; one of his more recent comparative studies argues that Odoevsky’s stories are pathways or “stepping stones” into various genres of modern fiction. This appealing concept is strengthened by the fact that Odoevsky personally knew Tolstoy and Dostoevsky, as well as Pushkin and Gogol. In fact, his personal life is fascinating. He was descended from Rurik, the Viking chief who sailed in to become ruler of Novgorod in 862, a date that is often seen as the start of Russian history.

Odoevsky was a prince, a senator, scientist, educationalist and critic. He curated a major museum and what is now the Russian State Library; he composed waltzes and lullabies and started a club for “Lovers of Wisdom.” His encyclopedic knowledge was legendary and his search for ideas was promiscuous. Reading these diverse stories provides a glimpse of Odoevsky’s Faustian universe.

The problem with setting up such grand expectations is that the stories themselves are occasionally disappointing. Moments of psychological insight are diluted by erratic narratives. The children’s story of a town inside a musical snuff box, representing Odoevsky’s most enduringly popular genre, seems particularly bland.

The “Alice in Wonderland” delight of magical childhood discoveries is tempered by intrusively didactic elements about perspective and mechanics. A winding, satirical tale called “The Black Glove” starts very promisingly with a man whose trip to England leads to dogmatic, Benthamite ideas of practicality, “incomprehensible to a Russian person”, but loses its way a little in the third generation of characters. These minor quibbles do not detract, however, from Odoevsky’s achievement. The translator and publisher have done western readers a service in rescuing this important writer from obscurity.