A Christmas wish list of the best Russian books 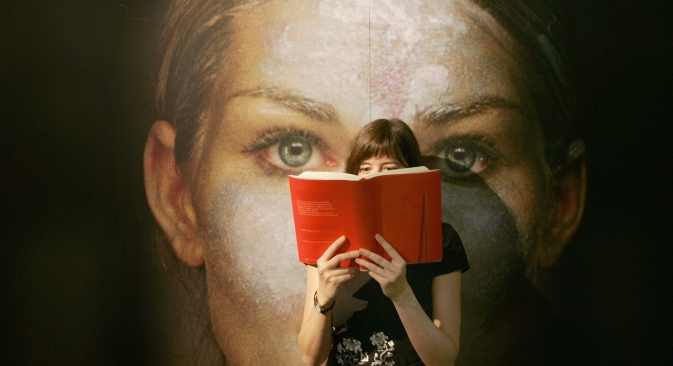 From translated classics to postmodern forays, from travelogues to coffee-table tomes, here is a roundup of the finest in print.

A charming, pocket-sized retranslation of Alexander Pushkin’s “The Queen of Spades” (Pushkin Press, November 2012) is hot off the press this month. This mini-treasure-house selection includes plays and verses alongside the classic tale of gambling and madness, creating an ideal introduction to the famous poet’s work. “The Stationmaster” also appears in full, a moving short story about a flirtatious girl in a lonely postal station, who is carried off by a handsome hussar on a troika.

Poetry is notoriously hard to translate, but here Pushkin’s poems find an accessible context with Pushkin’s verse-narrative about the founding of St Petersburg, “The Bronze Horseman”, or the short tragedy of “Mozart and Salieri” that inspired Peter Shaffer’s “Amadeus”. There are also fragments from the play “Boris Godunov” and the rhyming novel “Yevgeny Onegin”, now both best known as operas.

The selected poems tend towards the narrative, like the spooky “Man Found Drowned” or the chatty “Winter. What shall we do?” Here, as in the stories, translator Anthony Briggs’ skillful rendering of colloquial speech is invaluable. The classic lyrics are represented with the short, iconic love poem, which Briggs translates as “Oh, I have loved you” or “Autumn”, Pushkin’s robust-yet-tender ode to the Russian climate.

Some super stocking-fillers are also available from Alma Classics, an elegant series of rebranded masterpieces from authors around the world. Their list includes stories by Chekhov and poems by Pushkin, Bulgakov’s novellas and Dostoevsky’s journalism.

Two recent additions are short novels by Ivan Turgenev, “Faust” and “Rudin” (Alma Classics, 2012). Hemmingway called Turgenev “the greatest writer there ever was” and certainly these tales show a masterful control of character and emotion.

“Faust” is a novella in letters about the relationship between a married woman who has been protected from fiction and poetry all her life and the man who finally introduces her to the joys and perils of literature. Like Oscar Wilde’s Dorian Grey, Vera Nikolayevna seems artificially youthful, but her innocence is lost when she encounters Goethe’s “Faust”. The first English translation of wandering romantic short story “Yakov Pasynkov” is thrown into the same volume as a bonus.

“Rudin”, Turgenev’s little-known first novel written in 1856, also centers on a typically drifting “superfluous man” and his doomed relationship with the daughter of his aristocratic hostess. Turgenev’s complex psychology, subtle characterization and detailed evocation of nineteenth century Russian life make a refreshing change from the brutality of many contemporary novels.

Another “lost treasure”, this time from the embattled ranks of Soviet modernism, is  Sigizmund Krzhizhanovsky’s “The Letter Killers Club” (NYRB, 2012). The surrealism of this short novel about a mysterious circle of intellectuals, who tell each other stories that they have decided never to write down, is a response to life in Stalin’s Moscow.

Like the pilgrims in Chaucer’s Canterbury Tales, each member of the group tells a story. The range of styles, from folk fable to apocalyptic sci-fi to Roman myth is deliciously bewildering. In one story, a scientist works to disconnect individual human wills from their bodies and replace them with impulses from a (prophetically wireless) “ethical machine.”

Another tale centers on a multi-tasking friar-cum-jester whose cassock (and with it his function) is stolen between the fairground and the church. With a versatile and evocative use of language, the author celebrates the multiplicity of experiences in the “polyglot, patchwork world”.

Eduard Kochergin’s award-winning memoir “Christened with Crosses” (Glagoslav, 2012) tells the story of his epic escape from the brutal life of a political orphan in Siberia and return to his native St Petersburg, where he is now a successful set designer.

Kochergin’s parents were imprisoned as “enemies of the people”. During his Russian odyssey, travelling thousands of miles home, he works as a fire-stoker, tattoo-artist, maker of playing-cards, or even a thief.

Part of Kochergin’s skill is to make his carefully-crafted memoir seem artless and wandering. Despite the horrors he sees, the author retains his humanity in a world which tyranny and war have rendered almost uninhabitable. A series of friends and teachers are the narrative backbone of this picaresque story.

From the brotherly love of the blind singer, Mitka, to a tyrannical choir-master in a Vologda orphanage, each encounter adds to Kochergin’s tale. Towards the end he finds himself tattooing Stalin’s face onto the chest of an Estonian gangster called “Tolya the Wolf”, all in a day’s work for “a thief, an inmate, a runaway, a hobo”.

Mikhail Shishkin’s experimental epic, “Maidenhair” (Open Letter Books, 2012) is a more challenging read, but would be an excellent choice for anyone interested in contemporary literature.

Many people say Shishkin is Russia’s greatest living novelist. He was the first Russian writer to win all three major literary awards. His work is rich and complex; his style is uniquely textured and allusive. His novels are now finally becoming available in English.

Shishkin said in a recent speech at Oxford University that an author is “a link between two worlds”. The hero of “Maidenhair” is – as Shishkin himself was – an interpreter for the Swiss immigration authorities, also an interface between realities.

The novel opens with a reference to Xenephon, which the interpreter is reading in his breaks, and then plunges into a series of interviews with asylum seekers, often from Chechnya, recounting horrors; “I lived in an orphanage since I was ten. Our director raped me.”

The ensuing series of evocative monologues is interspersed by memories, letters to the interpreter’s son, or extracts from the diaries of a Russian singer of whom the interpreter was once meant to write a biography. Her loves and tragedies give this extraordinary novel a human core.

Musician and novelist, Sarah Quigley, was New Zealand’s number-one bestselling author for several months with her mesmerizing tale of Shostakovich in wartime Leningrad, “The Conductor” (Head of Zeus, 2012).

The novel tells the story of the Leningrad Symphony, completed and rehearsed against impossible odds in the freezing winter of 1941-1942. With detailed research and her own musical background, Quigley has risen to the challenge of creating an emotionally realistic historical novel.

The composer’s struggles to write music against the backdrop of roaring planes are convincing, but the novel’s hero is not Shostakovich. The lonely conductor of the struggling Radio Orchestra, Karl Eliasberg is the central figure. Son of a cobbler, living with his dying mother, he drags himself through the starving streets to rehearsals.

Like the symphony itself, “The Conductor” builds slowly to its climax and achieves its full power in the final moments, “poised on the edge of silence.” Quigley introduces a fictional violinist called Nikolai, grieving for his lost wife and daughter, whose tear-jerking tale contrasts with Eliasberg’s stoic impassivity.

This thoroughly readable novel would be an excellent gift for anyone who loves books or music. You could couple it with a Shostakovich CD for maximum impact. The NZ edition of the book was actually sold with a recording of the seventh (Leningrad) Symphony.

For a rich panorama of fabric and design, the hand-printed blouses of medieval peasants or the jewel-encrusted gowns of tsarinas, check out “Russian Elegance” (Vivays, 2011).

The authors, Luisa Yefimova and Tatyana Aleshina, of the State Historical Museum, have produced a survey of “country and city fashion from the 15th to the early 20th century.” These clothes are a celebration of undervalued, traditionally-female, crafts like weaving and lace-making and a reflection of historical trends, like Peter the Great’s uncompromising fondness for European garb or Catherine’s preference for Russian-style dresses at court.

From Ivan the Terrible’s gold taffeta coat to the Empress Maria’s trailing lilac dress with its white satin skirt, silver appliqué and long swans-down-trimmed sleeves, there is a parade of imperial costumes. Alongside, there are lace-up boots, ostrich-feather fans or coral-and-tortoiseshell combs that seem to have stepped from the pages of Anna Karenina.

In fact Aleshina quotes Tolstoy’s description of Karenina with pansies in her hair and on her sash. The authors’ style is nostalgically reminiscent of museum tours in Russia, with an over-fondness for pedantic detail, but the lovely photos are the real point of this tome, which would make a good coffee-table book as well as an authoritative guide.

Rachel Polonsky’s erudite ramble through Russian history and culture is published in the States this year. Polonsky is a Cambridge-based lecturer and reviewer whose planned few months’ academic research in Moscow and ended up as a ten-year, several-thousand-mile Russian odyssey.

“Molotov’s Magic Lantern” (Farrar, Straus and Giroux, 2012) is the result, a book that encompasses innumerable strands of Russian life and literature, from the ornate, intimate bathhouse to sunset over the Barents Sea, from Dostoevsky’s daughter playing Chinese billiards to prostitutes smoking in a bar by the River Don; the mix of sensory experiences (steam and birch twigs, pike and boiled potatoes, or “the scent of dried herbs, vodka and old wood”) with digressions on the history of the Sandunovsky baths or Siberian ethnography is pleasantly overwhelming.

Like the antique slideshow of the title, Polonsky’s beautifully-written book offers a kaleidoscope of images that spread out from the morally perplexing library of Stalin’s henchman, Vyacheslav Molotov, on the floor above her Moscow flat, across the largest country in the world. This is a book to savor slowly, to enjoy the journey through glimpses of the Russian past and present that Polonsky summons “as if by magic out of the surrounding dark.”