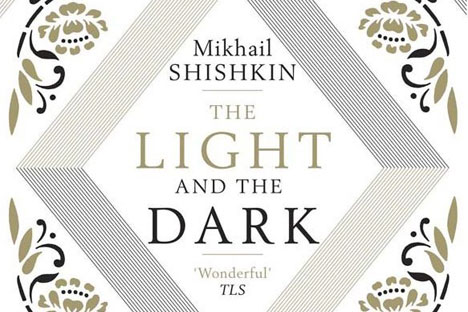 Mikhail Shishkin, among the most significant Russian writers alive today, holds two lovers captive in different eras in his new novel "The Light and the Dark."

In his newest novel published in English, Mikhail Shishkin again makes good on his promise to bridge new worlds for readers. And once again, he manages this task with lyricism, grace and epic romance. Like his masterpiece, "Maidenhair," this novel continues his lifelong exploration of love and loss.

In "The Light and the Dark," Sasha and Volodya are lovers separated by war. They communicate through letters in which they share every detail of their lives: They talk about their childhood, their families, their daily lives, their joys and their sorrows.

What makes the correspondence so extraordinary is the fact that the star-crossed lovers are separated not just by space, but by time as well. Sasha lives in the present, while Volodya is a Russian soldier fighting the Chinese in the early 20th century.

The title of the original book in Russian, "Pismovnik," refers to "An Introduction to Composing Private and Commercial Letters." The book appeared in 1906 and was a widely used reference for questions of etiquette and social protocols as intimate as "How to compose letters of condolences"  and "How to profess your love."

The reader experiences the lovers' time together exclusively in the letters they send. The missives are written with such emotion and intensity that they help paint a rich portrait of the characters, who complement each other.

A virtuosic translation of Shishkin’s ‘Maidenhair’

Just when you think their inevitable meeting will finally take place, the story takes an unexpected twist. The signs become too obvious to ignore – Sasha and Volodya are living in different times.

But this doesn’t stop them from writing to each other in a kind of magic realism. In a fascinating leap, even death can put an end their romantic correspondence.

Shishkin is not known for action-packed page turners. Rather his novels gradually unfold before the reader. But it is a seductively easy read, written in the language of love.

We can feel the couple’s longing, as they speak of their “summer romance” in all the terms of endearment that the Russian language has to offer, ably translated once again by Andrew Bromfeld. (The book is published in the United Kingdom by Quercus Publishing.)

Nothing is spared here, however, and the language also includes the language of pain, as Sasha and Volodya recant physical and psychological horrors.

As a bittersweet end approaches, Sasha shares a thought with her Volodya: “Is it true what Plato said? Is it true that love lives in the loving and not the loved?”

If we accept Shishkin’s reflection that the intensity of a love is not dependent on space or time, but memory and longing, then it is easy to agree with such a notion. After finishing the novel, some genuine love for the characters stays with the reader even after the “writer has closed this book."