'The Way of Muri': Looking for a place to call home 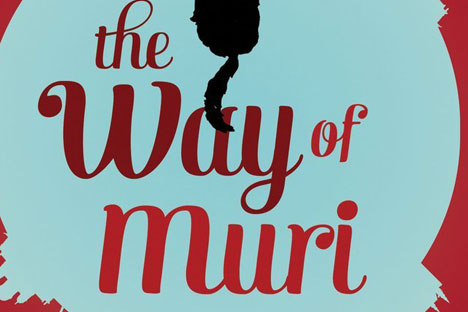 This weekend RBTH introduces a book by Ilya Boyashov, “The Way of Muri,” which playfully examines some serious questions.

An impudent cat, a circumnavigating sperm whale, a latter-day Moses and an aviation-mad Arab: These are just a few of the extraordinary characters who populate the pages of Ilya Boyashov’s celebrated adventure story.

“The Way of Muri” won the Russian National Bestseller award when it first came out in 2007.

Amanda Love Darragh (who herself won the 2009 Rossica translation prize) has rendered this wise and funny novel into English. She negotiates registers that range from colloquial dialogue to pseudo-biblical speeches or Latin-peppered academia with an ease that suits the book’s essential light-heartedness.

The novel’s outline is bizarre: two ancient Chinese philosophers quarrel over whether a journey should lead to some goal or be an end in itself; this question becomes central to the skimpy plot. Muri, a young cat forced by the 1990s civil war to leave his Bosnian village, follows the fleeing family to recover his bowl and blanket.

Muri’s encounters as he walks across Europe sometimes have an allegorical flavor, like those in Bunyan’s “Pilgrim’s Progress.”  Towards the start he travels with Rabbi Jacob, who is leading the local Jews to safety; near the end, he meets a scruffy Polish dog called Adolf who lives at a “permanent crossroads,” unable to decide which of life’s many paths to follow.

Meanwhile, Sheikh Abdullah, owner of “thirty beautiful women and fifteen oilfields,” is determined to fly non-stop around the world. Each of these travellers represents a different kind of journey, bringing to life the philosophical debates with which the book began.

From this unpromising premise, Boyashov creates a story that meanders delightfully from comic, anthropomorphic fun to thoughtful meditation and back. It rivals Yann Martel’s “Life of Pi” in packing some complex metaphysical questions into a slim and readable novella. But Boyashov’s work is more diffuse than Martel’s close-focus fable.

Some characters reappear in “The Way of Muri,” like the singing, Serbian lorry driver, collecting corpses near Sarajevo, who shows up again in Austria to suggest: “Surely, we’re all looking for a place to call home, a well in the garden, a window … and … the feeling that all your journeys are finally over.” Other characters, like a young Frenchwoman who wants to sail across the Atlantic, surface for two pages and sink again without trace.

“The Way of Muri” has an erratic style that is well matched to the wandering narrative, but its patchwork is uneven. The feline hero lives in an animistic universe, where every house and tree has its own spirit. Muri’s path is reminiscent of Ben Okri’s “The Famished Road” where the material world coexists with a dense, but often-invisible spiritual population.

In Boyashov’s other, parallel narratives there is no sign of this animism; the endless, global journeys of a nomadic whale draw instead on the imagery of “Moby Dick,” conjuring  up a sudden and violent battle with a giant squid near Easter Island.

Boyashov’s work is characterized by a combination of real details with timeless storytelling. Born in Leningrad in 1961, he was soon filling notebooks with the “naive views of a Soviet schoolboy”.

He told the Russian online newspaper, Chastny Korrespondent that life experience is “the cornerstone of literature in prose” and that “the writer must constantly look for stories that might interest the reader in twenty or thirty years’ time.”

The common link between the different parts of “The Way of Muri” is that they are all part of Boyashov’s transcendent “hymn to movement.”

He invokes Greek myths and Spanish Legends; the wheelchair-bound mountaineer Herr Helmke insists that scaling the impossible peak outside his window is “my Troy, my El Dorado, my terra incognita…” Some of Boyashov’s odysseys reach Ithaca; for others, the journey will never end.