'The Black Russian': A gripping journey from Mississippi to Moscow 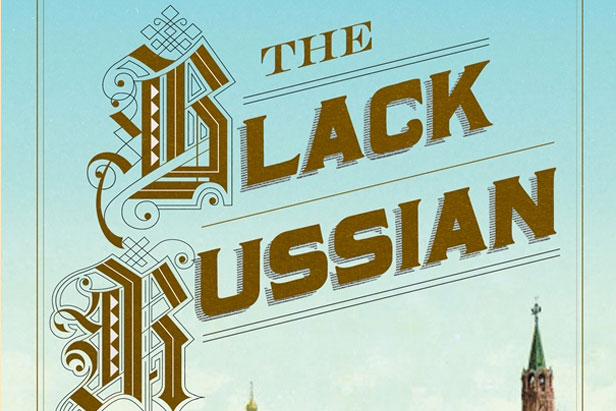 Vladimir Alexandrov, professor of Slavic Languages and Literatures at Yale University, uncovers a remarkable story of an American in turn-of-the-century Russia in his book “The Black Russian.”

Not many people have heard of Frederick Thomas yet, but his story is surely destined for the big screen. The true tale of the son of former slaves who became one of Moscow’s richest early twentieth century entrepreneurs is delightfully unexpected.

Vladimir Alexandrov, professor of Slavic Languages and Literatures at Yale University, has spent years researching Thomas’s extraordinary adventures and produced a pacey and readable account of them in his book, “The Black Russian” (Atlantic Monthly, NY, March 2013).

Thomas was born in Mississippi in 1872. A white farmer stole land from his parents, who were former slaves. After his father was violently murdered, Thomas left home at the age of 18 and worked as a waiter in Chicago. Alexandrov reconstructs his subsequent journey, which passed though New York and London, Paris, Berlin, Monte Carlo and Vienna and came to rest in turn-of-the-century Moscow.

Thomas ran a hugely successful entertainment complex in the Aquarium garden near the city center and went on to open further theaters and restaurants. Fleeing the Revolution, he later began again in Turkey and had become Constantinople’s “Sultan of Jazz” when the tides of history swept him under once more.

The memoirs of a popular Russian singer mention: “Our famous Russian Negro Fyodor Fyodorovich Tomas, the owner of the famous ‘Maxim’ in Moscow.”

This brief reference to Thomas, who had Russianized his name, was the first time Alexandrov encountered the theme that was to become an obsession.

“I was so surprised that I put the book down,” Alexandrov told RBTH. “I had never heard of this “Tomas” and the idea that a black man with a Russian first name and patronymic had been famous for owning an entertainment venue … in pre-Revolutionary Moscow seemed wildly improbable.”

The questions came at a lucky moment. Alexandrov was starting a year’s sabbatical and “dedicated it entirely to a hunt for information through a labyrinth of archives and libraries in five countries … I knew right away that I would not rest until I found out all I could,” he said. The “tipping point” came in the National Archives outside Washington, D.C., where Alexandrov unearthed two dossiers about Thomas.

“Searching for information about Thomas was … a detective-like hunt,” Alexandrov said. The process was addictive because “every time I found some nugget of information, the thrill of it made me want to re-experience that feeling again.”

Alexandrov’s descriptions of places in Frederick Thomas’s story are vivid, from the sun-warmed honeysuckle in Coahoma County to the church bells and wood smoke of Moscow. He was able to identify and to visit important locations. “It was essential for me to see them firsthand,” he said. His empathy with his subject became increasingly personal.

“As a near-émigré living in the United States (I was three when I arrived on these shores) who feels a mixture of nostalgia for, and alienation from, the irretrievably lost and troubled past of my parents’ Russian homeland, I feel sympathy for Frederick,” Alexandrov wrote in his blog.

He began to realize that: “My yearning to learn as much as I could about Frederick Thomas reflected on me and who I was.” He told RBTH: “Being attached to two cultures also means not being fully part of either.”

Thomas often reinvented himself and freely altered or embroidered his own backstory.

This made Alexandrov’s research more difficult, but he believes “I was able to find out the truth about him … I was even able to find out things about him that he systematically tried to conceal…” These include the fact that he took Russian citizenship in 1915, which meant “he had to lie to the American consul in Odessa in 1919 to be able to escape from the Bolsheviks to Constantinople.”

Author and translator Olga Carlisle wrote: “As the granddaughter of a family that escaped from Russia because of the Bolshevik Revolution, I read “The Black Russian” in one sitting …  Frederick Thomas’s unlikely ascent from Mississippi farm boy to Moscow impresario is a surprising tale with those most American of themes: tenacity and self-invention.”

During his research, Alexandrov went to Paris to talk to Frederick Thomas’s grandson; he believed his grandfather was a Native American smuggler called Tomac who saved a rich Russian in a Shanghai bar. Alexandrov said: “Frederick Thomas’s real life trajectory is actually more remarkable … because it shows how far he had to travel – in all senses…”

Alexandrov’s personal blog includes some of the material he had to leave “on the cutting room floor” as he puts it. “The most important criterion was to keep the story moving and not to bore the reader,” he said.

Having previously written about Nabokov and Tolstoy, Alexandrov is planning to start a new book soon. He grew up in New York and studied Geology. He went on to earn a Ph.D. in Comparative Literature, because, he writes “I didn't understand myself or other people.”

He is drawn to fascinating individuals living through turbulent times, especially Russian history between 1900 and 1925, saying: “Events in Russia during those years determined the fate of much of the world during the twentieth century.”