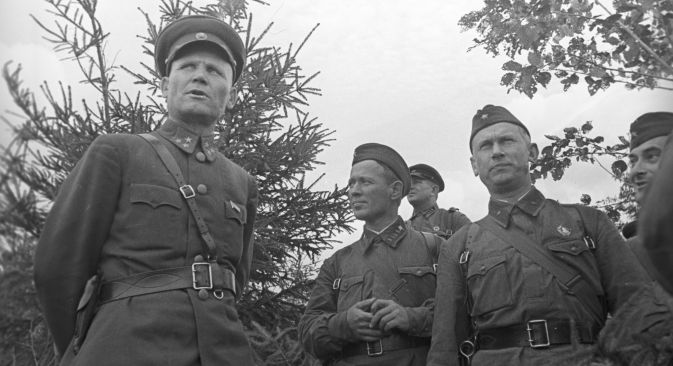 Many Soviet writers experienced the brutal front as Red Army soldiers and as war correspondents; others collected the accounts of everyday citizens.

World War II is among the most tragic chapters in the hard book of the 20th century. Many Soviet writers fought with the Red Army or followed the troops as war correspondents. The stories these writers brought back from the trenches, whether memoir or fiction, inspire courage and compassion. Many speak on behalf of those who never returned and share the memories of those who survived. RBTH chooses 5 of the most powerful books available in English.

The novel “Life and Fate” was written after Vasily Grossman spent more than 1,000 days on the front and is considered, around the world, to be one of the greatest novels of the War. Grossman vividly observed and recorded the tragedy of a people living in a totalitarian society and at war. And like so many of his peers, he never saw his own great work published.

The indomitable saga, known as the “War and Peace” of the 20th century (it deliberately paralleled Leo Tolstoy's opus) depicts the dramatic story of a family life during the great Stalingrad battle.

“Life and Fate” reaches both forward and back in time to paint an epic panorama of Soviet life. Some of the protagonists are based on real people, including Grossman's wife Olga and the author himself.

The novel was considered anti-Soviet, and the book was smuggled out of the country; it was translated by Robert Chandler and published in English in 1985.  In 1989, at the end of perestroika, “Life and Fate” was finally published in Russian. But Grossman had died in 1964.

Grossman saw the war’s end, and accompanied the Red Army as special correspondent for The Red Star newspaper. Yet after “Life and Fate,” was confiscated, the Soviet authorities continued to block his work. But he still became famous for his war essays and reports, which are also published in English in a collection "A Writer At War: A Soviet Journalist With The Red Army, 1941-1945" (Vintage 2007).

"The Young Guard," set in occupied Ukraine in 1942, is among the best-known Soviet novels about the War.

Fadeev’s novel portrays the bold battle of about 100 youth in the underground Soviet resistance against the Nazis in the city of Krasnodon. The end of the Young Guard was tragic: Teenage partisans were betrayed, tortured and killed by the Germans.

The captivating and heroic book, viewed as historically accurate but fiction nonetheless, was included in the Soviet school program for literature, but only after Fadeev promised to rewrite portions of the book to satisfy the Communist Party in 1948.

Mikhail Sholokhov. ‘The Fate of A Man’

This gripping story begins with a simple man, a car driver, who fought in the war and escaped from a German prison camp. He survived what he thought was the worst – only to find his entire family had been killed. The man encounters an orphan boy and pretends he is his father.

Author Sholokhov ends this novel where he begins, with hope. (The author won the Nobel Prize in 1965 for one of the great novels of 20th century, “And Quiet Flows the Don.”)

The novel “Fate of a Man” was adapted for the cinema. The film became famous also as the first by director Sergei Bondarchuk, who later won an Academy Award for «War and Peace.»

Daniil Granin. ‘Leningrad Under Siege: First-hand Accounts of the Ordeal’

Written by Russian writer Daniil Granin together with Belorussian author Ales Adamovich, “Leningrad Under Siege” offers vivid and detailed accounts of the 900 terrible days of the blockade.

Individual portraits of lives held hostage and neighborhoods under attack are impossible to forget. The authors, both prominent writers, collected the stories of about 200 survivors to produce a book that is alternately stunning and terrifying in its truth-telling.

The work chronicles the life and death struggle of a city and its people, who, condemned to hell on earth, never surrendered.

Boris Polevoi. ‘A Story About A Real Man’

In 1943 a Soviet ace Alexey Maresyev wanted to continue fighting - despite spending almost a year of convalescence after he was shot down by the Nazis.

Both his legs were amputated below the knees, but it did not stop Maresyev from performing more combat flights.

Many journalists visited his regiment to meet the hero. One of them was Boris Polevoi, who then wrote a book that became a symbol of Soviet post-war literature.