Don’t we all have an 'Oblomov' inside us? 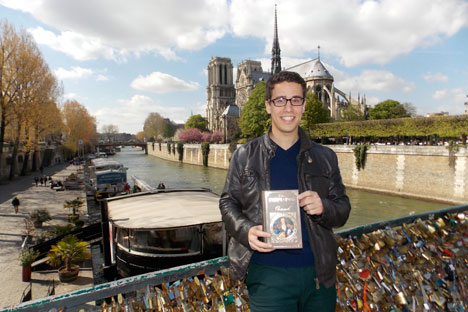 For Léandre Oblomov is much more than the story of a lazy man, it is also a profound reflection on fundamental themes such as the passage of time, memory, nature and the purpose of life. Source: Personal Archive

Goncharov’s classic figure is more than a mere dandy - rather he embodies the torpor and the ennui of an era, considers Léandre Lucas, RBTH web-editor.

Ivan Goncharov’s “Oblomov” is the simple story of a man who spends his days lying on his sofa in his tiny and dirty flat in Saint Petersburg. Other Russian literary heroes are soldiers, passionate lovers and killers, while Oblomov is just a lazy man.

But with him, laziness becomes an art.

Ilya Illitch Oblomov is universal because everyone has, at least once in their lives, been lazy, building castles in the air and sleeping on the sofa.

Oblomov rejects the frivolity and the falseness of aristocratic Saint Petersburg’s social milieu and prefers to muse over his magical childhood in the countryside, far away from the drama of the capital.

But for me, Oblomov is much more than the story of a lazy man, it is also a profound reflection on fundamental themes such as the passage of time, memory, nature and the purpose of life.

Unfortunately for him, since he had to “compete” with all the Russian literary geniuses of his time Tolstoy, Dostoevsky, Pushkin, Gogol and so many others, Goncharov has not been granted the international recognition he truly deserves.

So if you want to read a great novel, whether you are sitting on a Central Park bench in New York, lazing on the quay of the Seine in Paris, or enjoying Sokolniki Park in Moscow, lay down on the grass, open up “Oblomov” and enjoy!