Maxim Amelin awarded for his poetic experiments and role as educator 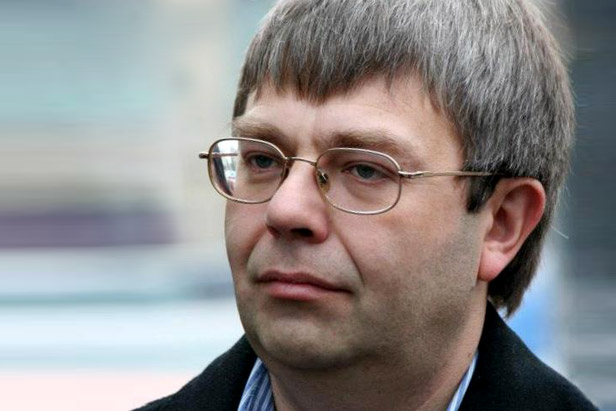 Amelin is among the last generation of poets who were raised in the Soviet Union. As a translator and writer, he believes that "poetry should be translated by poets." Source: Personal archive

The poet, publisher and educator will receive this year’s Alexander Solzhenitsyn award on May 15 from Natalya Solzenitsyn, the classic writer’s widow.

A winner of this year's Solzhenitsyn award, Maxim Amelin is a prolific and widely published poet who was born in Kursk. He is also a translator who specializes classical authors like Catullus and Pindar. He is also editor in chief of OGI, a publishing house that prints rare masterpieces for the Russian book market and sells literary titles in Russian and English.

OGI (which stands for United Humanitarian Publishers in Russian) also features a coffee house/restaurant project—book cafes with an alternative flavor and eclectic titles from Russia’s sexual culture to translations of Hunter S. Thompson and Tom Wolfe.

Amelin is among the last generation of poets who were raised in the Soviet Union. As a translator and writer, he believes that "poetry should be translated by poets."

Alexander Solzhenitsyn established the award with some of the earnings from “The Gulag Archipelago,” as a way to recognize Russian authors and scientists living in Russia. The ceremony takes place in Moscow on May 15.

Maya Kucherskaya talks with Amelin about what it means to be a literary pioneer with classical roots.

Maya Kucherskaya: What do you think is Alexander Solzhenitsyn’s most valuable contribution to Russian literature?

Maxim Amelin: A highly versatile author, Solzhenitsyn is someone nearly anyone can relate to. As for me, his pre-emigration works, opinion essays and the poetry he published strike a chord with me. I can still remember his extraordinary feature story about [the poet Joseph] Brodsky, a very controversial and insightful text.

M.K.: Some of your poems appear to have been written over a number of years. What does that mean?

M.A.: You’re right, some poems may take years to be completed. I don’t like to cast a mold for my work and I find making identical boilerplates of verse boring. There’s nothing easier than writing a poem using one of the many verse templates I know, but this is exactly why I don’t do it since each poem is a unique alloy, a turbocharged crystallization…. Endless press molding of clichés, even the best ones, turns poetry writing into a mechanical and ultimately meaningless process.

M.K.: What poetic forms are you most interested in now?

M.A.: Right now I'm exploring long literary forms like epic poem and drama but not the kinds everyone has grown accustomed to.

M.K.: There are very few people who understand all the literary references in your poetic works. Does it bother you?

M.A.: No, it doesn’t. As a matter of fact, I believe serious contemporary poetry has got to be rich and complex, filled with allusions, intricate semantic interplay and linguistic experimentation. It seems to me the times of primitive versification are long gone. Indeed, there’s the so-called naïve poetry but that’s a poetic movement of its own. You can’t position yourself as a trailblazer as if there have never been other poets before you – that would be absurd and irresponsible, especially today with poetry nearing complete devaluation in this age of total literacy. That is why I'm concerned with the quality rather than quantity of my readership.

M.K.: You have been recognized as an outstanding educator. One of your poems has the following line: “…the generations are coming… that will not know Pindar from a donkey.” Do you think our educational efforts are futile? If so, why are you keeping on with them?

M.A.: I hope nothing like that ever happens and I don’t want the New Middle ages to come although it looks like things are moving in that general direction. These days skill and competence, experience and focus are no longer appreciated by art consumers.

Consequently we’re losing an ability to distinguish between true art born of great exertion and worthless products of idle dabbling. In the case of poetry this is especially true since, on the surface, language seems to be the most accessible tool that anyone can use. It is our solemn duty to educate the masses today lest we wake up to a barbarian society tomorrow.

M.A.: It reminds me of a cauldron full of boiling stock, except you can’t see what exactly is submerged in it and what it will eventually boil down to; I'm talking about poets aged between 20 and 35. The society’s loss of absolute values both in life and art is obvious. Unfortunately, poets have also given in to a desire to create a bestseller rather than a masterpiece.

Even though there are plenty of gifted authors out there, I suspect nowadays poetic maturity comes later in life, when you’re nearing 40. That said, being part of the poetic process I concede there might be some things I don’t fully comprehend. You can only pass value judgments after a significant period of time has passed.