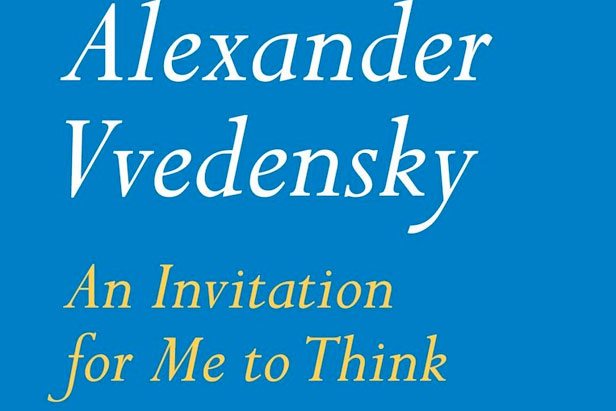 The novice reader who dives into Alexander Vvedensky’s flood of words will find strange, but not un-beautiful depths: Themes float and grow like seaweed, shoals of images flash past and submerged ideas lurk in the shadows.

The writer, who died on a prison train in 1941, has garnered a new English-language audience since Pussy Riot’s Nadezhda Tolokonnikova quoted Vvedensky at her trial in August 2012. The New York Review of Books published the first English-language collection of Vvedensky’s poetry in April 2013. “Invitation For Me to Think” challenges poetry lovers and politicians alike.

Alexander Vvedensky was born in St Petersburg in 1904 and as a young adult became part of Leningrad’s Futurist movement. Much of his work has been lost and destroyed and what remains, mostly published posthumously, is not easy to understand. “The only thing that is positive to the end is meaninglessness,” he wrote.

The hundred-odd lines of “The Meaning of the Sea,” written in 1930, begin: “to make everything clear/ live backwards.” The poem has no capital letters or punctuation and nouns congregate seemingly at random: “here’s a candle snow/ salt and mousetrap.” The poem’s structure – such as it is – relies on echoes and metaphorical patterns, like the repeated images of drowning: “sea time sleep are one/ we will mutter sinking down” and “glory to heaven washed away/ my oar memory and will.”

Several poems draw on theatrical conventions, with stanzas spoken by different characters and bizarre stage directions in italics (“The servants bring in a large sofa”). The longest poem in the book is one of these quasi-dramatic verse-dialogues, “God May Be Around” (1931), a manifesto of profound nonsense to suit an era of apocalyptic doom; it ends: “A star of meaninglessness shines,/ it alone is fathomless./ A dead gentleman runs in/ and silently removes time.”

When Pussy Riot’s Nadezhda Tolokonnikova quoted Alexander Vvedensky at her trial in August 2012, few in the west had heard of him. But in Russian literary circles this avant-garde poet has been hugely influential. Tolokonnikova compared Pussy Riot, arrested for an anti-Putin protest in a Moscow cathedral, with the dissident Soviet poets of the OBERIU group, whose deliberately incomprehensible work challenged and de-familiarized the death-dealing logic of the communist state.

She quoted Vvedensky’s idea that “the inexplicable is our friend” and insisted: “Pussy Riot are the disciples and heirs of Vvedensky,” – like him, they pass judgement on the state, even as they are sentenced to imprisonment: “The dissidents and the poets of OBERIU are thought to be dead, but they are alive,” she asserted. “They are punished, but they do not die.”

Translations of poetry are always problematic, especially when part of the point of the verse is not to make sense. One italicized line asks: “how does she does know that’s what she is?” (sic). Given the nature of Vvedensky’s writing, it is impossible to know whether the phrasing is deliberate or accidental (or possibly whether it matters).

Translator Eugene Ostashevsky has cleverly managed to transfer some playful aspects of the verse into English, punning on “curvilinear/curvy Lena” or “window/widow,” rhyming “idol” and “suicidal” or “effigies” with “lethargy.” Wordplay, half rhymes and disconcerting shifts of register are Vvedensky’s tools and the translators have worked hard to annotate and replicate them, at one point consciously rendering a quatrain using “online translation software.”

The original nuances, allusions to Pushkin or Lermontov, elements of folk drama and other Russian references are in danger of being lost in translation, but the English-language versions have their own cultural echoes: Biblical images are still recognizable along with lines that now recall T.S. Eliot or Dylan Thomas.

The dramatic, visionary poems evoke Percy Bysshe Shelley’s long philosophical carnivals. Most crucially, the insistence on “openness to doubt…” is reminiscent of what John Keats once wrote in a letter praising “negative capability”: the ability to live “in uncertainties, mysteries, doubts, without any irritable reaching after fact and reason.” This is – perhaps – the state of mind the reader needs to enjoy this book, as political commentary or as poetry.