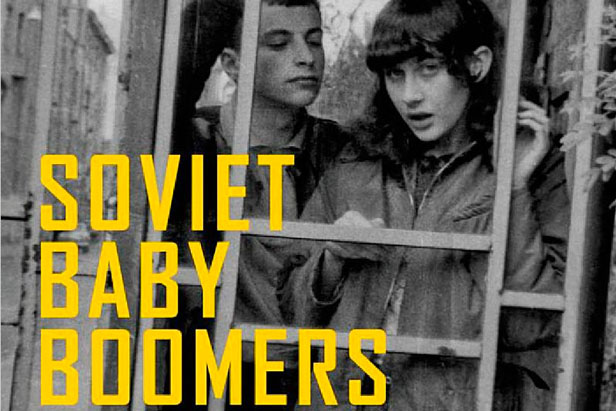 The first winner of a new prize designed “to further public understanding of the Russian-speaking world” will be announced May 29 at the Hay Festival.

The judges for the inaugural year of this award, set up by London’s Russian cultural center Pushkin House, included A.D. Miller, author of the Booker-nominated novel “Snowdrops.”

The shortlist of six was announced in April. Chair of judges Sir Rodric Braithwaite, a former British ambassador to Moscow, said:

“From secret policemen to presidents, from oilmen to oligarchs, from the rise of Putin to the end of the aristocracy, from Stalin and his cronies to the new bourgeoisie, from the flawed victory of 1945 to the disappointed hopes of 1989 - between them these six outstanding books cover them all.”

The shortlist of erudite-yet-popular tomes, selected from many eligible books published in 2012, all explore aspects of 20th-century Russian history. Thane Gustafson’s “Wheel of Fortune” focuses on Russia’s oil industry and is both ambitious and meticulous.

Gustafson has been researching his book for ten years, inspired (as he told Financial Times journalist Andrew Jack in a recent interview) by an interest in topics “at the crossroads of politics, economics and science.”

Russia provides twelve percent of world oil and the industry’s tale is central to “the making of the new Russia.” Gustafson uses the theatrical metaphor of the Iron Curtain rising on a stage where roles and actors from the past are improvising and rewriting a script for the “unpredictable new drama called global capitalism.”

It is the Soviet legacy, Gustafson argues, that complicates the narrative, on physical and technological levels as well as cultural and political.

Five hundred pages on business and geology might sound dry, but “The Battle for Oil and Power in Russia” is rarely dull and sometimes thrilling. This is a story of “greed and violence … courage and resourcefulness,” with more challenging times predicted as oil becomes pricier to extract.

Masha Gessen’s “The Man without a Face,” an impassioned account of “The Unlikely Rise of Vladimir Putin,” is one of the most personal books on the shortlist, with the page-turning power of a novel.

Gessen comments on the process of recording events we have actually lived through: “In real life, we rarely know when our lives are changed irrevocably or how to act when tragedy strikes.”

Gessen begins with the murder of activist Galina Starovoitova: “I had been to many war zones … but this was the most frightening story I ever had to write.”

In her analysis, Putin’s flashes of rage and compulsion to acquire wealth have their roots in his earlier life in St. Petersburg; her account of his continuing presidency is a catalogue of crime and corruption.

Untold or unheard stories are a recurrent theme in this shortlist. Douglas Smith’s “Former People” looks at the revolutionary years and the early Communist rule from the unusual perspective of the vanishing Russian aristocracy.

Smith’s encounters with descendants of the Sheremetev family, while researching his previous book “The Pearl” led him to ask “what would it be like to be from that wealth and lose everything overnight and be hunted by the enemy?”

As Smith sees it, the nobility were “simply the first victims” in a wave of terror that would engulf even those who had helped bring about the revolution.

Many supressed horrors of 20th-century Russian history still haunt the national consciousness and this sympathetic retelling unearths “overlooked stories” of tragedy and resilience.

Anne Applebaum’s “Iron Curtain: The Crushing of Eastern Europe 1944-56” is her third book about the area and springs out of her years as Warsaw correspondent for the Economist magazine, an attempt to make sense of her own experiences in 1989 as the system disintegrated.

Like much of the shortlist, this is more than a history book. It deals with memory and forgetting, the construction of the past and what Applebaum calls “different kinds of history” as she seeks “to understand how ordinary people learned to cope with new regimes.”

Mikhail Bulgakov’s novel “The Master and Margarita” inspired Karl Schlögel’s “Moscow, 1937,” which explores the massive and simultaneous creativity and destruction of a single year in a single city.

Like Margarita flying over Moscow, Schlögel hopes for an overview of both the violence and the joy.

This epic survey is full of intriguing detail: from Pushkin jubilees and Mosfilm to Utopian architecture, canals and jazz, there are cultural celebrations in the shadow of show trials and mass murders.

Translator, Rodney Livingstone worked together with his wife, Krystyna, to meet the challenge of translating a “German text … profoundly permeated by Russian terms and references.”

Donald Raleigh’s “Soviet Baby Boomers” is an oral history of a cohort of 1967 graduates, which tells a “larger story of … the USSR’s twilight years.”

Charting the shifting lives of this generation, Raleigh finds their relative freedom from fear made them “unconscious agents of change.”

In telling the story of Russia’s cold war generation in its own words, Raleigh seeks to address and reinterpret crucial questions about culture and memory.

He told Andrew Jack in an interview: “My experience has been that, in dealing with Russia, we see what we want to see and respond accordingly.”

Jack, who is co-chair of Pushkin House, said: “We are excited to have such a strong shortlist in the first year of the Pushkin Prize, selected by world class judges.

It shows the extent of vibrant writing on the Russian-speaking world, which can help promote mutual understanding. The next challenge is getting more Russian-written books into English."