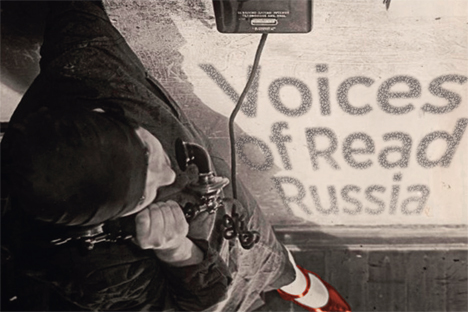 Russian literature fans in New York are in for a real treat this week at Book Expo America, as a stellar line-up of Russian authors, translators and scholars invite the public to join them at a series of free talks and readings around the city.

The three-day event, which runs May 29 - June 1, will also feature the release of Russia Beyond the Headlines’ magazine dedicated to contemporary Russian literature, ‘Voices of Read Russia.’

Eager readers can pick up the magazine hot off the presses for free at the official Russia booth, No. 1511.

‘Voices of Read Russia’ magazine is also downloadable in an expanded form for tablets at AppStore and Android Market, and showcases a wide range of Russian literature, from “Everyday Saints” – the smash hit bestseller about Russian priests by Archimandrite Tikhon Shevkunov, the confessor of President Vladimir Putin – to such well-known authors as Igor Sakhnovsky and Victor Pelevin.

RBTH’s literary critic Phoebe Taplin writes an epistle of praise to contemporary Russian women writers, such as Ludmilla Petrushevskaya, whose collection of scary stories “There Once Lived a Woman Who Tried to Kill Her Neighbor’s Baby” was a New York Times bestseller.

The magazine also features a new look at such classic Soviet-era authors as Mikhail Bulgakov (featured in a new TV version of “A Young Doctor’s Notebook”, starring Harry Potter star Daniel Radcliffe) and a newly released collection of stories by Andrey Platonov.

There’s also a retrospective of the brilliant work of Varlam Shalamov, the little-known author of “Kolyma Tales”, who declined to work together with Alexander Solzhenitsyn on “Gulag Archipelago” but whose depiction of Stalin’s camps stands alongside his more famous counterpart.