Discovering St. Petersburg through the eyes of Dostoevsky 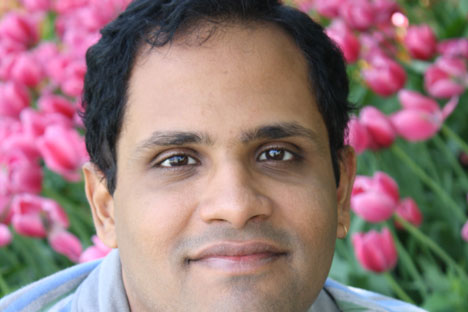 Ajay Kamalakaran, RBTH Deputy Editor for “Russia and India Business Report,” shares his never-ending voyage to understand the Russian soul that inspired his first pilgrimage to Russia’s most beautiful city on the Baltic Sea.

I was introduced to the world of Russian literature 12 years ago, when one of my mentors, a diplomat at the Russian consulate in Mumbai, recommended “The Brothers Karamazov” by Fyodor Dostoevsky. The highly philosophical book put me on a never-ending voyage to understand the Russian soul. Growing up in the United States at the end of the Cold War, I had no clue about the treasures of Russian literature, but once I read Dostoevsky, I was hooked for life.

Perhaps no city and writer are as tied together as Dostoevsky and St. Petersburg and it was the great writer’s work that first brought me to Russia’s northern capital. My favorite books are “Crime and Punishment” and “The Idiot.”

The former gives the reader a look at the lives of students and poorer young people in 19th century Russia, while the latter shows us the elite of the city. For some, Prince Myshkin, the protagonist in “The Idiot,” is just a rich version of Rodion Raskolnikov, the main character in “Crime and Punishment.”

Having read all of the great writer’s works, I am of the opinion that both Myshkin and Raskolnikov are manifestations of Dostoevsky himself at different points of his life. In fact, the writer doesn’t fail to offer enough hints that these characters could indeed be him.

Most of the buildings from Dostoevsky’s time in St. Petersburg have been restored and at times it feels like the only difference between the city in the 19th century and today is the advent of the automobile. For a fan of the great writer, a visit to Russia’s northern capital is almost like a pilgrimage. The names of the streets are familiar, the descriptions so vivid and still relevant. Walking around St. Petersburg on a summer night, one can still see an angry Raskolnikov plotting the murder of his landlady and Myshkin splurging on his inherited wealth in an expensive restaurant.

The house where Dostoevsky wrote “The Brothers Karamazov” is a fine museum now and the interior has been restored to look the way it did when the writer died. I make it a point to go there whenever I am in St Petersburg.

It’s obvious that the great writer did not live a very happy life but then in all probabilities he knew and understood too much for his own good. This quote from “Crime and Punishment” can best sum up Dostoevsky’s life: “Pain and suffering are always inevitable for a large intelligence and a deep heart. The really great men must, I think, have great sadness on earth.”