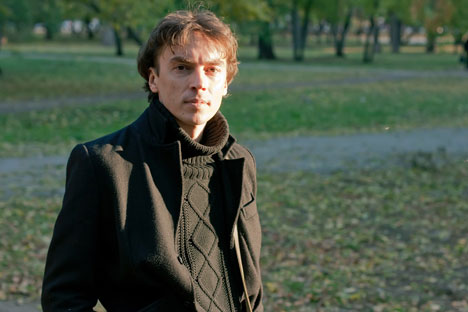 A rich and diverse feast of contemporary verse is available in English and slated to be released in a bilingual edition in print.

Poetry is not well represented in the global view of Russian literature, in part because linguistic nuances make poems harder to translate than a story or a novel. New York-based Larissa Shmailo, editor of a groundbreaking anthology, hopes to change all that. “Twenty-first Century Russian Poetry” tantalizes English-speaking readers with selected poems from fifty writers.

Russia’s literary heritage continues to inspire today’s writers. There is an ongoing tradition of poems about other poets. Where once Akhmatova dedicated her verses to Blok (and vice versa), now Elena Fanailova writes about Gogol and Irina Mashinskimourns the suicide of Boris Ryzhy, a young poet from Yekaterinburg.

Maxim Amelin awarded for his poetic experiments and role as educator

In her verses “In Nabokov’s Memory,” Katia Kapovich pays tribute to those, like Nabokov, who: “… never settled down to sink his roots/ in any fathermotherland.” Maxim Amelin, winner of this year’s Solzhenitsyn award, celebrates a range of cultures in his rich, allusive work: “If we wipe our memory clean / of its lingering garbage,/ what then will ever remain?”

Fusions and borrowings are everywhere. Polina Barskova, whose latest translated collection (“The Zoo in Winter”) had a series of poems with epigraphs from Hamlet, also favors classical references: “filching Orpheus or fibbing Odysseus.” Catherine Ciepiela’s translations of Barskova are a sneak preview of “Relocations,” an anthology of poetry by women due out from Zephyr Press next month.

Ruth Fainlight’s pitch-perfect version of Maria Boroditskaya’s poem to Cordelia, playfully subverts gender and genre. She tells the daughter of Shakespeare’s King Lear to reject her tragic destiny: “Like a puppy,/ Pull him by the leg of his pants with your teeth/ Into the game, into comedy!”

New York-based Shmailo first approached the webzine “Big Bridge” in June 2012 “with the idea of an ultra-contemporary anthology of Russian poetry.” The resulting collection is reaching international audiences and there are plans to extend into a more comprehensive, bilingual print edition. 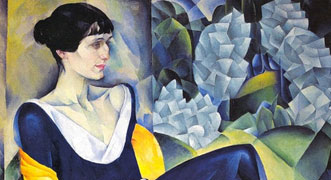 The anthology celebrates the arts of translation as well as poetry. Shmailo told RBTH: “the poem needed to be beautiful in English as well as a good reflection of the original Russian.” She detects a new excitement about Russian writing in the United States and believes “we are all falling in love with literary Russia all over again.”

Shmailo has included “émigré voices with still-strong Russian roots,” among them influential figures like Bakhyt Kenjeev. One of his poems uses the timeless imagery of the wanderer:  “argonaut” or “nomad,” sailing to shore, or taking to the road. Another of Kenjeev’s bittersweet elegies looks back at the icons of a Soviet youth (“Sputnik, Laika,/ then Gagarin…”) and forward to an alien future.

Moscow and New York are home to many of the anthology’s poets and translators, but there is a rich geographical diversity too, including writers from Israel, Kyrgyzstan or Colorado. The poems are recent, written since the year 2000, but the range of writers’ ages is remarkable.

Some poets’ lives span the eras, like Arkadii Dragomoschenko who died last year, or 77-year-old Natalya Gorbanevskaya, a veteran Soviet dissident, one of eight courageous protestors in the 1968 “Red Square Demonstration.” Others represent a new generation, like Ruslan Komadey, born in 1990 in Kamchatka, whose thoughtful poetry reflects the slow “cycles of the earth.”

PHOTO GALLERY: Kamchatka. At the end of the world

“I wanted to include both established and emerging voices in a wide range of styles,” said Shmailo. There are formal experiments, free or fragmented verse, and poetic prose. But the themes echo through the centuries: Love, death, pain and religion, the inner world of dreams, the external realities of new homes, or native lands, and the tensions of living between the two.

Shmailo writes in her preface: “what Russians from Rurik to post-post perestroika have always done … is wrestle with the prokliatye voprosy, the "accursed questions"…” Big, abstract themes may underlie them, but the subtlest poems focus on barely visible details.

In one of Mikhail Aizenberg’s poems, translated by James Kates, “… a tiny moth has come awake,/ and flies like a negligible feather/ reminding me of something about you.” Alexei Tsetkov’s “ashes” has this shining glimpse of human delusion: “so we keep walking in the tall grass / where cats are chasing butterflies  / and leap catching with their paws / only the empty bright air.”

Maria Rybakova’s verse-novel “Gnedich” builds on the work of its namesake poet, one-eyed, dreamy Nikolai Gnedich and his translation of the “The Iliad.” For Rybakova, like Lermontov and others, dreams are a recurring motif, revealing an interior world:

“… at night,/ when the bed was rocking/ and calling itself/ in the false language of dreams,/ 'a boat.'” Marina Boroditskaya, in Sasha Dugdale’s powerful translation, imagines herself judged by the “heavenly medical board” and found wanting: “You will wake as a woman again/ With winter upon you.”

The selected poems are brief, sweet tasters from a Russian feast; in its current form the anthology is tantalizing and uneven. It might have been useful to list the poets in alphabetical order and to provide a fuller introduction that would lead new readers into the text. A slight sense of exclusivity is reinforced by Eugene Ostashevsky’s clever version of Igor Belov’s poem about translation, where knowledge of the original (provided in Russian) is essential to get “the inside joke.”

But these are quibbles and Ostashevsky’s heroic puns (“Hector/ hectors. Menelaus/lays many”) are worth it. Poetry has often been poorly translated, Shmailo explained, because the translator lacked the poet's ear. Gathering together “many superb poets fully bilingual in Russian and English who are also experienced translators,” Shmailo and her team have produced something unusual and fascinating: a contemporary Russian poetry anthology translated by poets.