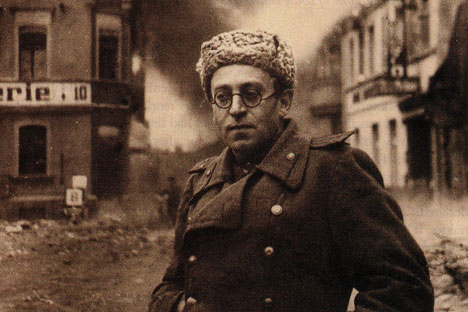 An incomplete version of "Life and Fate" was released in the Soviet Union only during perestroika, in 1988. Source: press photo

More than 50 years after the great novel “Life and Fate” was confiscated, the Federal Security Service transferred the complete archives and original manuscript of the novel by Vasily Grossman, making it available for study. Now, researchers can study several drafts as well as previously unpublished chapters.

Vasily Grossman wrote his famous novel "Life and Fate" over a decade - from 1950 to 1960. But like many Soviet authors, he never saw it published in his lifetime. The work, considered by many scholars to be the greatest Russian novel about World War II, was considered anti-Soviet for its unfiltered view of Stalin, his henchmen, and regime.

In 1961, the KGB searched Grossman’s Moscow apartment and seized not only the typewritten copies of the novel, but the original manuscript, and with it all his sketches and previous drafts. Grossman was very depressed by the finality of this act—the complete censorship and confiscation of his work.

He wrote to Soviet Leader Nikita Khrushchev: "…To fight against the truth ... There is no point in my physical freedom, when the book that I gave my life to is in prison. I am asking for freedom for my book."

The materials were stored in the KGB archives. However a copy of the novel remained in the hands of a friend of Grossman, the poet Semyon Lipkin. In the 1970s, the copy was smuggled abroad. “Life and Fate” was published in Switzerland in 1980, first in Russian and then in French, garnering huge attention. An incomplete version was released in the Soviet Union only during perestroika, in 1988, and was reprinted in 1991.

Finally, the full manuscript has seen the light of day. Grossman’s daughter and granddaughter attended the solemn ceremony and witnessed the transfer of the archive this month on July 25. 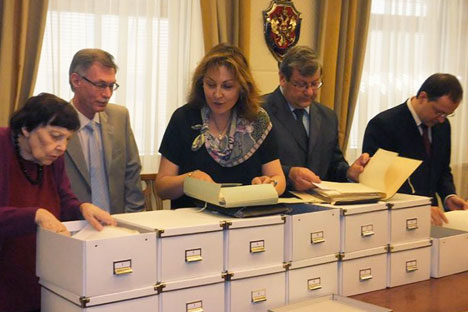 Grossman’s daughter and granddaughter at the ceremony of transfering. Source: Federal Archival Agency

The transfer of the work of Grossman is a significant political "liberation" of his works. It is also considered quite valuable as art. "The transfer to the Russian State Archive of Literature and Art of these manuscripts of one of the most important works of art of the 20th Century may give rise to a truly complete edition of "Life and Fate"- with the remaining fragments only in drafts. Or at the very least, there will be a new edition with commentary and relevant scientific apparatus," said historian Julia Kantor.

In autumn 2011 on BBC Radio 4 BBC produced a 13-episode radio play based on the novel "Life and Fate" which became a bestseller in the U.K. In Russia in 2012, the novel was filmed as a television series that aired nationally. Its premiere was successful of the audience: according to research firm TNS Russia, bringing in about 20 percent of Moscow viewers 18 and over. 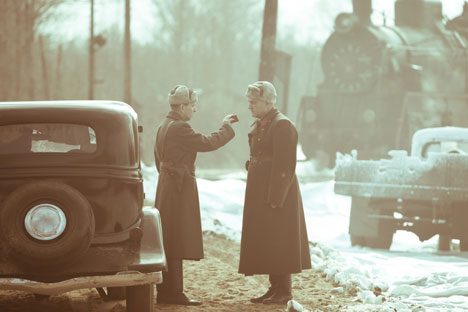 Screenshot from Russian screening of 'Life and Fate,' 2012. Source: kinopoisk.ru

Based on the materials of the Federal Archival Agency, The Moscow-24 TV Channel and Rossiyskaya Gazeta.