Drawing the many faces of Nabokov’s Lolita 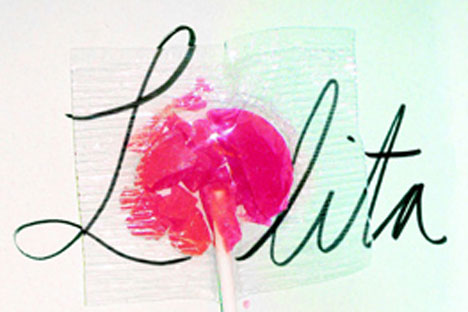 In his new book, Lolita – The Story of a Cover Girl: Vladimir Nabokov novel in the Art and Design Genre, Nabokov expert Yuri Leving catalogues the work of eighty designers offering their on vision of the eponymous character from the Russian masterpiece.

The book Lolita – The Story of a Cover Girl: Vladimir Nabokov's novel in the Art and Design Genre, recently published in New York, showcases the work of eighty designers offering their own vision of the eponymous character from the Russian masterpiece. Yuri Leving, author of the book, analyzes the visual history of the novel.

Nabokov was very strict when it came to the visual range. What did he say about it? What was the most important thing for him in the representation of the character, in print and in the movie?

He was a student of the brilliant (Russian-Lithuanian artist Mstislav, note of the editor) Dobuzhinsky, although not the most diligent one. He could not stand abstract art. He once called Salvador Dali “the twin brother of Norman Rockwell kidnapped by gypsies in his childhood”. At a mature age, he adored comics. As for the movies, he preferred comedies.

In private conversations, he would speak unflatteringly about the film adaptation of Lolita made by Stanley Kubrick. He said that it was “made with the eyes of a passenger lying in an ambulance.” However, he regarded the marketing of Lolita by drawing girls in defiant postures a necessary evil that contributed to successful sales – and in literary marketing, Nabokov had no equals.

What was Nabokov's attitude to the attempts to “visualize” his text? Did he not consider that the cover reduced Lolita to a single subject – sex?

Nabokov was totally against putting images of young women on his book. However, subsequently, he treated the nymphets on the covers of Lolita with a certain degree of leniency. He was amused by the French Gallimard paperback edition – the front cover shows a farm girl with blond pigtails, while on the back cover we see the back of her head, a neat parting and the same two pigtails. Thus, the text of the novel is physically contained in the head of the main character.

What did the illustrators do in order to emphasize that this was about children's sexuality, not about sexuality in general?

Only in North America, Lolita sells an average of 50,000 copies every year – the novel attracts readers no matter the cover. Traces of infantile sexuality, from crushed candies to lipstick, (often portrayed in the covers, note of the editor) are just a tribute to convention.

The illustrations of Nabokov’s works in men's magazine Playboy are a wonderful example of this. In the 1960s the editorial office ordered some illustrations from Robert Parker and Roland Ginzel for the translated version of his novels Desperation and Voyeur, as well as for excerpts from Ada.

Nabokov’s harsh words on the matter have been preserved, in one of the telegrams. He reprimanded the artist for depicting Ada with an unrealistic bust, and advised him to take some lessons in anatomy. In addition, he referred to the picture of the two lovers, portrayed while passionately kissing in the night, as “two ugly frogs”.

A funny thing happened to the work of famous book designer John Gall, ordered by the respectable Random House. At first, Gall took a close-up of a woman’s lips and placed them vertically on the cover of Lolita, in an image that, in a strong double entendre, looked like a mouth and genitalia at the same time.

Reactions to this bold move proved to be fully polarized – one of the editors became furious, while the other asked for a copy of it and put it into a frame. In the end, the book was published with these very lips, but in the horizontal position.

What is your personal opinion concerning the Russian covers?

The vast majority of them are derivative models that use already existing images – classic works of art, portrayals of tantalizing nymphets and fragments of posters. A separate category of Russian covers presents stills from the sets of the many Hollywood adaptations of the book.

For example, at the end of the last century, while the second screen version of Nabokov's novel directed by Adrian Lyne enjoyed a peak of popularity, at least six Russian publications with featuring images of Jeremy Irons and Dominique Swain, the actors playing the main roles in the film, were released.

Interestingly, Lyne’s movie failed at the U.S. box office, mostly because shortly before its release the U.S. Congress passed a law banning child pornography – a move that scared off the distributors. Meanwhile in Yeltsin's Russia, distributors were not worried at all.

The Russian publishers’ vision of Lolita coincided with Russian author Sergey Dovlatov’s, who called Nabokov's heroine a “typical Russian young lady”. She was often depicted as a girl in a sailor’s jacket or against the background of Russian birch trees.

There were also some curious cases – the 1997 edition of Lolita (in the series Russian Love Prose of the 20th Century!) used a fascinating profile of a girl – a fragment from a poster from the previous century promoting men's collars.

On the cover, we can see only the woman's head taken out of context, but in the full version of the poster, its creator, Joseph Leyendecker, focuses the viewer's attention on the man standing behind the girl. The artist was gay.

Among the most inappropriate covers, one cannot ignore the picture of a girl, taken from a canvas by Austrian painter Gustav Klimt, which was picked for the 2000 edition of Lolita. The image was mockingly cut off at the girl’s knees and had the logo of the Eksmo Publishing House placed on the groin.

Similarly, it would have been inconceivable for a self-respecting Western publisher to place a frontal nude photo of a teenage girl on the back cover of its publication, as it happened with an edition by the Moscow TF-Progress Publishing House. It was no pastiche or drawing, but a contemporary photograph of a very distinctive underage naked girl – an element that transferred the perception of the novel into a completely different register.

A good cover is an attempt at joint creation; it must be bright and original in interpretation. However, the more complex the novel, the harder it is for the artist to express the main idea of the work in a very concentrated form, while at the same time making an artistic statement, and pleasing both the publisher and the buyer in the competitive environment of a constantly shrinking book market.

Lolita is a complex work, because it leaves it to the readers to decide what to make of its characters, overcome the aesthetic appeal of the text and understand the ethical maze (who do we sympathize with – Lolita or Humbert? Who gets seduced first? What shall we do with the vulgar, tacky world of Puritan America of the 1950s? – and the like).

The moral hesitation is incorporated directly into the text – like a delayed-action mine. Thus, any attempt to visualize it is like playing with a safety pin. It may explode or may pass over.

I do not think that it would be a bad thing to impose a moratorium on the publication of Lolita in Russia, and in the world at large. When there is too much of one book, even the most brilliant work, certain devaluation might happen. After a five-year break, I would publish Lolita in a black cover with a thick supplement of comments.