Cracking the code of Russian allusions 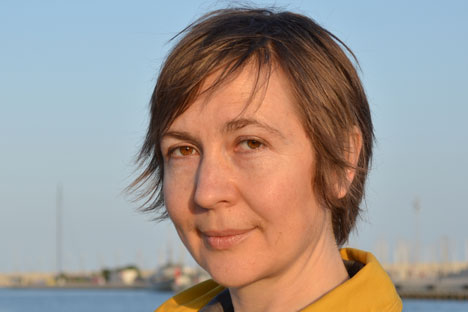 If your Russian is emerging or conversational, but you can still stand in a group, stumped by all the rapid-fire references to films, jokes, plays – Olga Fedina has written a book just for you.

RBTH: Was there a trigger or moment when you decided, ‘This is the book I should write’? If so what was it?

Olga Fedina: The first trigger was probably my personal experience in London. Someone once told me at a party that I reminded him of the Olive Oyl character from Popeye cartoons. Everyone knew what he was talking about, except for me.

That's when I thought: Wouldn't it be nice to be able to read in one book about those cultural references that all Brits are familiar with, and we newcomers have no idea about.

So, when I saw my students of Russian had the same problem with Russian cultural references, I got the idea of collecting a few of them in one book.

RBTH: How did you decide on the rich cultural emblems you chose?

O.F.: I wanted to choose cultural references that proved to be the most long-lived, as I was interested in analyzing why these phenomena stay so popular while life in Russia is changing rapidly. One criterion was that they influenced the language, and [enhanced] contemporary Russian with those phrases that every Russian knows – and foreign-language students don't. I also wanted a diversity of forms: movies, animated cartoons, stand-up comedy, literature and fairy tales.

RBTH: You’ve launched your "What Every Russian Knows (And You Don't)" page on Facebook, posting a variety of links. Are you going to carry on with it?

O.F.: Certainly! The idea is to build a virtual community of Russophiles, and to exchange knowledge, experience and ideas. I think many links we post can be interesting for Russians (or people from the former Soviet republics) too, and there are some foreigners who are very interested in Russian culture, some to the point of being experts in a particular field. We get posts from people who are in love with Bulgakov, who played with Boris Grebenschikov in the 1980s, who know everything about Russian rock music. I certainly don't see myself as a lecturer in this group, rather as someone who stimulates discussion.

RBTH: Did you enjoy the experience of cracking the national cultural code? What did you discover while working on the book?

Olga Fedina studied journalism at Moscow State University and then she worked for the English-language newspaper The Moscow Times. For a decade she lived in London “teaching Russian and doing translations and research for books on Russia”. Now Olga lives in Spain.

More about the author and the book you can find at whateveryrussianknows.com

O.F.: I love cracking cultural codes. I love it when someone shows interest in Russia, and when I can help this person to better understand my country. Also, I lived in the UK for ten years, and am now living in Spain, so I had to adapt to two different cultures. For a few years now I have been learning Mandarin Chinese and studying Chinese philosophy and traditional medicine, and Chinese cultural code is very complex, and a challenge for an outsider.

But I think the most important discovery I made, not even writing this book but just from life experience, is that it is actually incredibly easy to understand people of different cultural backgrounds. We all like the same things: respect, empathy and genuine interest towards our culture.

RBTH: Have you received initial feedback from readers?

O.F.: Readers who I heard from have been watching the films and cartoon that are mentioned in the book; they are re-reading Bulgakov and comparing translations of Vysotsky's songs. The Vysotsky Museum in Poland received a copy of the book, as did Trinity College Dublin and School of Slavonic and East European Studies, among others.

RBTH: Do you have any plans for writing a sequel?

O.F.: Maybe. It is easy to think of another 12 touchstones of Russian popular culture, but it takes a long time to write a book!

RBTH: If you had to choose just one iconic book, film and joke that would illuminate Russian culture for a foreign audience, what would they be?

O.F.:Chekhov's “The Cherry Orchard” has an immortal set of Russian characters. As for films, I would choose Tarkovsky's “Andrei Rublev.” And a joke – that "anekdot": How do you make a Russian jump into the Seine River? Say that swimming there is forbidden.