Umberto Eco gets first glimpse of ‘Hard to be a God’ 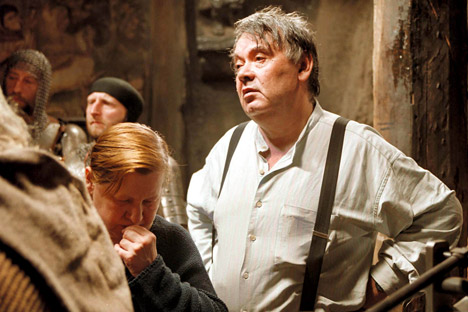 Hard to be a God. Backstage. Source: PhotoXPress

The late Alexei German’s film will debut at the Rome Film Festival, which is set for Nov. 8-17. The famous Italian writer Umberto Eco was the first to view the film.

The film was made along the lines of the eponymous story of the outstanding science fiction writers, the Strugatsky brothers.

Umberto Eco, the director’s friend, writes in his essay: “Perhaps being God is hard, but it’s also hard to be a viewer that approaches this gigantic work. After seeing German’s films, you can rest assured that Tarantino’s films are only a Walt Disney production.”

The plot unfolds on a planet with medieval mores. Wars, gangs, and the struggle for power over people affected by the most terrible disease on the planet — ignorance.

Earth sends progressive observers to the planet, who try to turn the young civilization’s history into a peaceful one.

This story can be understood as both fantasy and a black satire of Soviet history, as well as a philosophical statement. 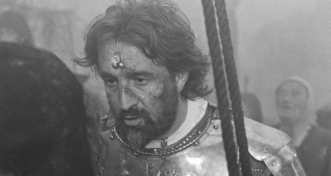 Film critic Anton Dolin says that the film “Hard to be a God” is a movie that belongs to the group of so-called national heritages.

“The commercial outcome of such a super-complex movie is hard: On one hand, it is a completely non-viewer-friendly movie; on the other hand, it has a cult director and is a long-awaited movie. Many will go to see the movie just out of curiosity,” says Dolin.

Work behind the lens started in the 1990s and continued for more than 15 years. The actor in the lead role, Leonid Yarmolnik, explains: “Why was it filmed for so long? Because he thought, ‘Did I think this up right, was everything thought out right?’”

In February 2013, German senior passed away. The director’s friends and family continued work on the film. At the time, according to his son, German junior, besides a few technical details (dubbing) the movie was already “practically done.”

The young German notes that demand for the picture exists, and the film will be shown in more than a few dozen movie theaters.

The movie will be presented to a mass audience in a final dubbed version in Rome. German will be posthumously awarded the Rome Film Festival’s award — a Golden Capitolina She-Wolf — for his “contribution to cinema.”

"The biggest honor for me will be the award for Alexei Yurevich German’s contribution to cinema. It’s sent with the bitterness of loss, the death of German. He helped us understand what modern cinema is.

We all understood what cinema is through a chronological lens. Through German’s work, we understood what our work’s courage, bravery, and redefinition are each time," says the festival’s artistic director, Mark Mueller.

Based on materials from Voice of Russia, NewsRu.com and Lenta.ru.