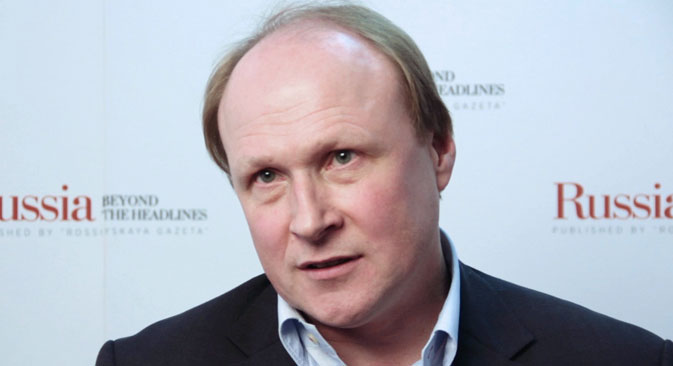 Vladimir Tolstoy: 'I think Tolstoy would have been very excited about the Internet". Source: RBTH

In an interview with RBTH, Vladimir Tolstoy, Leo Tolstoy's great grandson, talks about his famous relative and how he would feel about today’s progress.

We often write about Tolstoy. Our readers are his great fans and sometimes wish he had written in English. Tolstoy's French was perfect. What other languages did he know?

Leo Tolstoy spoke 13 languages to varying degrees of proficiency. His French and German were excellent. He also had a decent knowledge of English and several other languages, such as Tatar and several Slavic tongues.

He studied Ancient Greek and read literature in the language. All his linguistic skills were self-taught; he even had a learning method of his own.

Tolstoy's library in Yasnaya Polyana [his family estate in Tula Region] includes books in 37 or even 38 languages. Many of them have notes made by himself, so, it is clear that he actively used them.

Could you tell us about Tolstoy's method for studying languages? 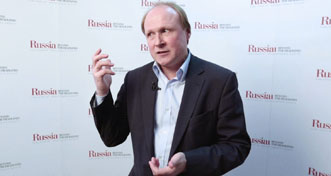 He read literary works to expand his vocabulary and also translated texts. This is a truly unique method, which is fairly difficult to replicate today, but Tolstoy used it successfully to learn new languages.

What was Tolstoy's attitude towards the West and Western writers? He is known to have said that the European civilization was headed for an abyss?

Tolstoy had great piety for writers and for literature in general. As a young man he got mesmerized by Rousseau's ideas, he also knew Voltaire's and Montaigne's works well. He loved to read Dickens and read Jules Verne to his children.

Tolstoy set himself the task of reading the “Iliad” and the “Odyssey” in the original, and received enormous pleasure as he progressed through the text. At first he remained indifferent to these works, but as he began to understand and feel the language and the context he grew increasingly more excited.

Tolstoy was a very passionate person. What do you think he would have made of globalization, the Internet, and other aspects of our modern life?

The opening lines of “Resurrection”: "Though hundreds of thousands had done their very best to disfigure the small piece of land on which they were crowded together, by paying the ground with stones, scrapping away every vestige of vegetation, cutting down the trees, turning away birds and beasts, and filling the air with the smoke of naphta and coal, still spring was spring, even in the town."

It is hard to tell, but the prophetic first lines of his novel “Resurrection” suggest that Tolstoy did not approve of progress for progress's sake. He saw that this road was leading nowhere. This is why, in my opinion, many of today's processes would have disappointed him.

I should note, however, that Tolstoy was never an inveterate conservative. He was enchanted by all things new. When cinema first emerged he realized that, had it been invented earlier, it could have been used to preserve the image of his mother, whom he did not remember because she had died in his early childhood.

Tolstoy immediately recognized cinema as a method of preserving the image and speech of a live person and conjuring them up later.

I think Tolstoy would have been very excited about the Internet. Some aspects of it would have understandably irritated him, but the very phenomenon of such grandiose concentration of information and possibilities would have been of great interest to him.

Vladimir Tolstoy is a professional journalist and a graduate of Moscow State University. For 20 years he has headed Leo Tolstoy's Yasnaya Polyana memorial museum in Tula Region. In 2012, Vladimir Tolstoy was appointed as the president's cultural advisor.

He is an expert on Leo Tolstoy, and advised Michael Hoffman on his 2009 Tolstoy biopic “The Last Station,” which received an Oscar nomination. Vladimir is also the Russian president's cultural advisor.