Russian books and publishing houses to be featured at BookExpo America 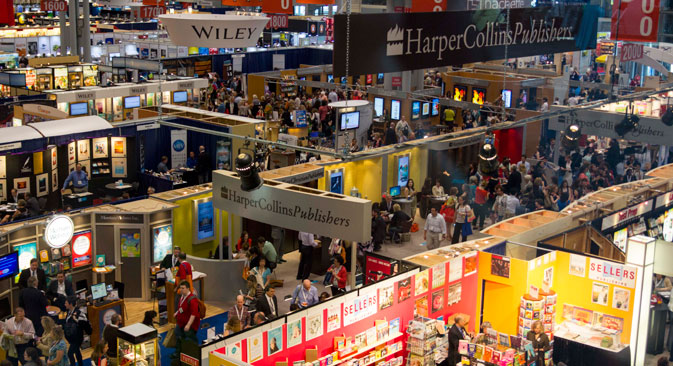 Russian literature will play a significant part in this year’s BookExpo America international book fair in New York, with the country’s stand showcasing over 50 publishers, as well as hosting a translation roundtable and presenting the Read Russia Prize.

From May 29 to 31, New York is holding an international book fair called BookExpo America. This year, the Russian stand will feature works from over 50 different publishers, host a roundtable of Russian literature translators, and present the award Read Russia Prize.

The American translators who have been nominated for the Prize focused on unusual books - books about interesting twists of fate. An Armenian Sketchbook is a bright, light-hearted novel about Vasily Grossman’s trip to Armenia. Grossman is the author of the novel Life and Fate, which was banned in the USSR.

The unfinished novel by Andrei Platonov, Happy Moscow, was resurrected from the writer’s manuscripts. This novel features Moscow not as a city but as a person - a young woman who is trying to make ends meet in a Soviet country.

Leonid Tsypkin is a writer whose book Summer in Baden-Baden, about Dostoyevsky’s early years, is held in high regard by Susan Sontag. His novel The Bridge Over the Neroch tells about the death of his father’s family during the German occupation of Belarus.

A total of 16 books – translations of both classical and contemporary Russian literature - made it onto the “long list” for the award. The names of the winners, including both the writer and the translator, will be announced on May 30 at the Lincoln Center. Ellendea Proffer Teasley, a writer, translator, and publisher of Russian literature, will take part in the award ceremony.

Proffer, who coined the famous phrase “Russian literature is more interesting than sex,” founded Ardis - the largest publishing house outside of the Soviet Union dedicated to Russian literature - with her late husband Carl Proffer. Ardis has published works by Nabokov, Brodsky, and Dovlatov. The ceremony will be followed by a film about contemporary Russian literature called Russia’s Open Book, which was created by Intelligent Television and Wilton Films Production with support from the project Read Russia.

This year, the Russian stand at the international book fair will feature new works from over 50 Russian publishing houses, including everything from art books to school materials. Special attention will be drawn to books written by Russian writers that have been published in English with support from the Institute for Literary Translation.

Institute director Eugene Reznichenko explained to RBTH what kind of support the Institute provides: “Our expert council considers applications and makes a decision on whether or not a grant would be feasible. Institute grants go directly to publishers and cover translation costs. Our network of experts who live abroad also help to assess the translations after they have been completed.

"We have been working with BookExpo since our founding, so about three years. At the book fair, the Institute will present an exhibition comprised of books that have been translated from Russian and published with the support of the Institute for Literary Translation in the U.S. and the UK – about 30 publications,” he adds.

“An Armenian Sketchbook” by Vasily Grossman, translated by Robert and Elizabeth Chandler and others, published by New York Review Books;

“An Invitation for Me to Think” by Alexander Vvedensky, translated by Eugene Ostashevsky and Matvei Yankelevich, published by New York Review Books;

“Day of the Angel” by Inna Muravyova, translated by John Dewey, published by Anthem Press;

“Gods of the Steppe” by Andrei Gelasimov, translated by Marian Schwartz, published by Amazon Crossing;

“The Bridge over the Neroch and Other Works” by Leonid Tsypkin, translated by Jamey Gambrell, published by New Directions Press;

“The Death of Ivan Ilyich & A Confession” by Leo Tolstoy, translated by Peter Carson, published by W. W. Norton;

“The Tragedy of Mr. Morn” by Vladimir Nabokov, translated by Thomas Karshan and Anastasia Tolstoy, published by Alfred A. Knopf;

“There Once Lived a Girl Who Seduced Her Sister’s Husband and He Hanged Himself” by Ludmila Petrushevskaya, translated by Anna Summers, published by Penguin Books;

“Russian Magic Tales from Pushkin to Platonov” by Alexander Pushkin and others, translated by Robert and Elizabeth Chandler and others, published by New York Review Books.