Unimpressed by Rasputin: A witty female voice in a male-dominated sphere 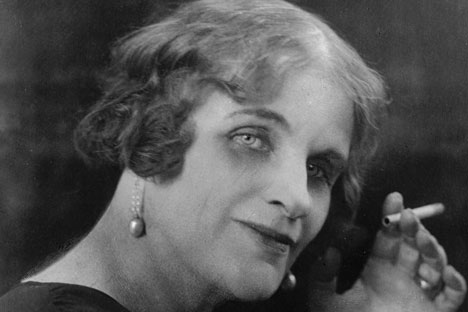 AFP
The majority of classic Russian writers are male, but readers seeking a humorous female perspective should look no further than Nadezhda Teffi.

If you asked most readers for a list of Russian prose writers, the same names would keep cropping up: Bulgakov, Pasternak, Gorky, Chekhov, Solzhenitsyn. Few people would mention Teffi. And yet in the years leading up to the 1917 revolution, Teffi was a leading light, a superstar who was stopped on the streets of Moscow by admirers and counted both Tsar Nicholas II and Lenin as fans. She mingled with high society figures like Rasputin and wrote about them with a searing and uncompromising wit.

Unafraid to buck the trend

Teffi was born Nadezhda Alexandrovna Lokhvitskaya in 1872 to a wealthy St. Petersburg family. She married in 1890 and moved to the countryside to begin a calm and uneventful domestic life. However, Teffi wasn't the kind of person to live up to society's expectations, and a decade later she headed back to the city to make a go of her writing career.

She deliberately picked an androgynous pen-name – adapted from the name of a fool, since fools were supposed to be lucky – and set about carving a niche for herself writing satirical articles and vignettes of contemporary life. The editor of The Russian Word, Vlas Doroshevich, recognized her potential and encouraged her to spread her wings into short stories. “Let her write what she wants to write,” he said. “You don't use a pure-bred Arab to haul water.”

Until now, there been English-language editions of Teffi's writing, but a notable exception is the recently published “Subtly Worded,” translated by Anne Marie Jackson with the collaboration of Robert Chandler, Clare Kitson, Irina Steinberg and Natalia Wase.

The book shows us the development of Teffi's writing from short, vivid sketches to more nuanced narratives. Clever, outspoken and sarcastic, she pokes fun at socialists and snobs alike, and the tales are full of sharp and sudden turnarounds. “One of Us” is the story of a society woman who is delighted by a conversation with a knowledgeable stranger at the opera – only to find, to her horror, that he used to work there as an usher. “One Day in the Future,” on the other hand, is a withering and brave little piece from 1918 warning about what to expect after the Bolsheviks turn the social world on its head: “They were even going to send a telegram to the Minister of Enlightenment, but it turned out none of them knew how to write. Then they remembered the Minister couldn't read or write either, so they decided not to bother.”

Humor with a serious undertone

Teffi's style combines Jane Austen's nose for pretension and the gleeful, catty wit of a Wilde or a Waugh. She is a master of capturing the inflated dramatics of children and skewering the vanity of the privileged. “The driver flicked the reins and the boy dropped behind,” she writes. “Varenka felt rich and important, and modestly pursed her lips so that the passers-by she had splashed with mud would not be too jealous.”

In among the fiction is a shrewd piece of about two dinners Teffi attended with Rasputin in 1916. Immune to the air of hysteria surrounding him – and to his repeated attempts at seduction – she chops away mercilessly at the myth to present the famous mystic as a pitiable oddball, a chancer whose schtick is spinning rapidly out of control. It's a refreshing demolition of one of the most over-hyped characters in history.

Ultimately, though, it's what you find beneath the sarcasm and the critique that makes these stories so compelling. In her excellent introduction, Anne Marie Jackson quotes the critic Lidiya Spiridonova, who said Teffi's stories are “funny on the outside, tragic on the inside.” No matter how ridiculous her characters, Teffi always reserves a little bit of tenderness for them. Perhaps, she seems to be saying, with our thwarted hopes and petty logic, we are closer to the fools than we know.

In 1919, after the closure of The Russian Word, Teffi went to Ukraine on a book tour and never visited Russia again. She settled in Paris, whose émigré scene gave her new sources of both pretension and pathos. The stories get accordingly darker. “” tells the story of a Russian woman forced to impersonate a Spanish singer in a bar to make ends meet, who botches her own shot at romance by taking a friend's advice to act as a femme fatale.

“Thy Will” is a frightening and sad portrait of a woman driven to suicide by mental illness. Nostalgia creeps in the form of Chekhovian scenes of country estates, and there's a surprising detour through folklore, with the tale of a carpenter who returns to his village after 30 years and is assumed to be one of the walking dead.

The book's most striking piece, though, is its last one, “And Time Was No More,” an astonishing stream-of-consciousness vision of Teffi's childhood. During a conversation in the snow with a mysterious Huntsman, Teffi confesses her regrets and looks ahead to her death. “I just want to talk without any logic or order,” she writes, “the way things come to me.” It's a scorchingly personal last testament that shows the elderly writer must have picked up a thing or two from her time at the epicenter of European modernism.

A reputation on the rise again

When Teffi died in 1952, the journals she had depended on for income had long since closed, and she was marginalized by western critics. The Soviet new world was the hot topic of the day, and she was seen as a one-trick humorist from an unfashionable era. This is an unfair assessment, and “Subtly Worded” goes some way to restoring her reputation.

The collection isn't perfect: one or two stories are trite and moralizing, and some of the early work seems flimsy when against the later. But as a vehicle to demonstrate her range and drive the rehabilitation of this former megastar's fortunes, it's perfect. “Ambition can be a powerful force,” Teffi writes in “And Time Was No More.” “If I had been able to hold onto it, I might have shouted something for all the world to hear.” She might yet.

Read more: Writers and their wives: Together in love, and legacy