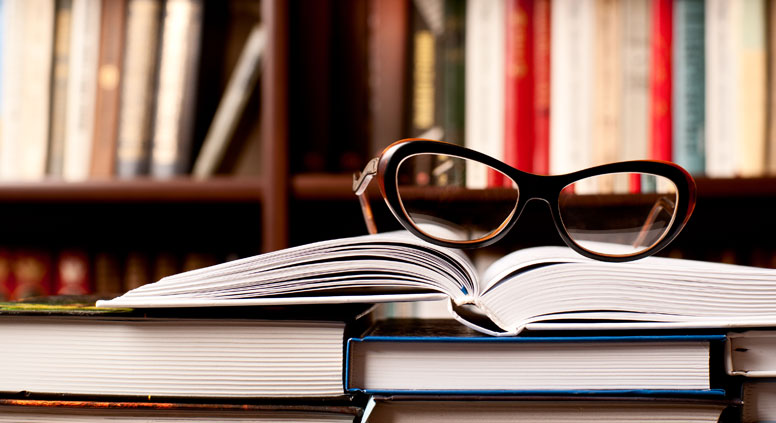 The Third International Congress of Translators took place from September 4-7 in the State Library for Foreign Literature in Moscow. This year there were more than 250 participants from 55 countries, as well as notable linguists, journalists, and academics from all over the world.

The theme of this year’s congress was “Translation as a Form of Cultural Diplomacy.” This topic reflects both the current turbulent geopolitical environment and the principles that inspired the foundation of the Institute of Translation itself.

“We wanted to create a forum where translators from all over the world could exchange bits of wisdom and professional experience on their art form,” said Vladimir Grigoriev, the Deputy Head of the Russian Federal Agency for Press and Mass Communications and one of the Institute’s key founders.

“But we also had in mind the higher, more philosophical purpose of translation, which is a means of uniting people from different countries. Although it is highly technical in nature, translation is after all not a science but an art, and there’s a certain degree of cultural alchemy that takes place when you translate, because you’re not just replacing one word with another, you’re creating a palpable bridge between the cultural mentalities of two countries.”

The congress played host to an incredibly diverse range of lectures over its two days, and there were almost 300 given in total. Each morning and afternoon session consisted of nine separate “sections,” with each section focusing on its own theme that was explored by five or six translators and a moderator.

Topics included practical issues such as “How do you avoid unintentional plagiarism in classic works that have been translated numerous times?” and “How does one translate cultural context?” Many lectures were devoted to language-specific dilemmas like “The difficulties of translating Nabokov and Chekhov into Japanese,” or “The problems posed by trying to translate the musicality of Russian poetry into American idiomatic speech.” These lectures were a chance for genuine, passionate cultural exchange, as they concerned questions that literary translators frequently encounter.

The congress also touched on pedagogical subjects such as “What is the role of the university in molding young translators?” and “How to teach students to preserve the ‘soul’ of a text,” as well as more ontological questions such as “Does the translator need to know everything?” or “Is translation more of a science or a labor of love?”

As the congress took place with the crisis in Ukraine still ongoing, this subject was always lurking in the background. The Institute of Translation chose to confront the matter head on by including a discussion on the topic from international expert and editor-in-chief of Russian Global Affairs, Fedor Lukyanov. Many translators present at the congress thought that this was unnecessary, suggesting that culture should not be affected by politics.

The concept of the translator as cultural ambassador and peace envoy was further emphasized in the introduction printed on the first page of the congress’s itinerary:

“The world is living in difficult times right now, when professional diplomacy is not always capable of quelling hostile conflicts, when mutual misunderstanding and mistrust break apart peace-loving people. In these situations, one must not undervalue the role of the literary translator, who fulfills the high humanitarian mission of bringing together the people and culture of different countries.”

However, without any initiative from the organizers, the participants of the congress had issued an anti-war petition of their own. The translators expressed their “terror and pain at the sight of the events in Ukraine” and conveyed their collective protest against “the propaganda of hate, which distorts reality and calls people to violence.”

According to the petition, “The duty of a translator as a cultural mediator is to promote and assist peace and freedom of speech, to openly stand out against violence and lies. Translation is possible only as free transfer of languages, ideas, cultures and worldviews.” This was made public on September 4, the congress’s first day, and was signed by more than 300 Russian and foreign translators, writers, scholars and others.

Impressions of an intellectual feast

The highlight of the congress’s first day was a lively evening discussion between Russian writers who took to the stage in pairs, with each pair representing opposing points of view on different subjects related to life and art.

In the 20th Century Russian Literature category, the award went to Alexander Nitzberg for his German translation of Mikhail Bulgakov’s “Master and Margarita.” Marian Schwartz won the prize in the Contemporary Russian Literature category for her English translation of Leonid Yuzefovich’s “Harlequin’s Costume.” Finally, the winner in the Poetry category was Liu Wenfei, who translated selected poems by Alexander Pushkin into Chinese.

Alexander Livergant, chief editor for the Russian magazine Foreign Literature and moderator of one of the congress’ sections, shared his impressions of the event: “Naturally, we didn’t expect so many participants to come to Moscow this year – there has been very significant growth in comparison with the previous congress. For example, there were many more visitors from the former USSR republics this time around.

The congress was also notable for the great amount of publishing projects that were presented and the fact that the geography of translations from Russian has grown – France, Germany, and Scandinavia are all widely translating Russian literature, although this is significantly less true in the UK and US. I should also note that interest is not just limited to the classics – our contemporary writers are very popular and well-known globally.”

Many translators at the congress agreed with the view that translation can facilitate peace through mutual understanding, and some even took the idea a step further, arguing that translation has a certain degree of political purity because it is so emotional in nature.

“Translators are more than cultural diplomats, because diplomats are diplomatic. Translators must be critical of their material, must walk across all the thorns in the field of their work, and you can only do that if you really love what you do,” said Ljubinka Milincic, a Read Russia prize nominee for her Russian-Serbian translation of Georgy Vladimov’s “The General and His Army.”

According to many participants, the obvious passion and intellectual commitment to the craft is also what distinguished this particular congress from the many other similar educational events that take place globally every year.

“I like this congress because you can tell that the people who organize it actually really care about translation,” said Oliver Ready, an Oxford academic who recently produced a new translation of the Russian classic “Crime and Punishment.”

While the undeniable breadth and depth of the subject matter was greatly appreciated, it was also a double-edged sword, as many translators felt they had too much choice. They described fretting over which section to attend, often running through the labyrinth of buildings in anxious pursuit of the next groundbreaking lecture.

In response, Vladimir Grigoriev cited better organization as one of his key goals when discussing the Institute of Translation’s future plans. He also spoke of the importance of continued expansion, particularly to include countries whose literature – or very existence – is not very well-known. International translators can be sure that they will have even more to look forward to at the next congress.

An earlier version of this text cited a wrong quote which was mistakenly attributed to Oliver Ready. Russia Beyond The Headlines apologizes to its readers and Mr. Ready.