The world without the Wall 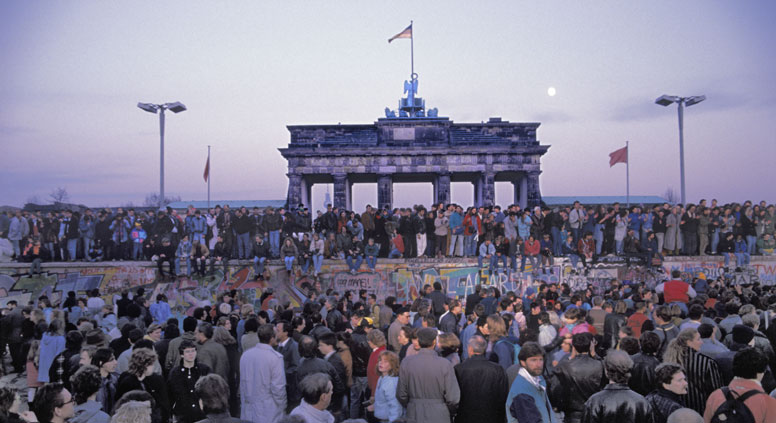 Andrei Grachev, Soviet President Mikhail Gorbachev’s former press secretary, has written a book called “The Soviet Titanic: An On-board Magazine,” which will be released in Russia. With the author’s permission RBTH is publishing an extract from the book.

… Gorbachev contends that he learned that the Berlin Wall had fallen on the morning of November 9, and this is true. As the situation in Berlin was developing chaotically, no one in his circle resolved to wake the General Secretary and inform him of the event, which on the face of it did not present any threat to national security. When he was finally told that a street demonstration had forced the East German authorities to open the border checkpoints with West Berlin during the night, he said, “They did the right thing.”

Hence, everything happened in accordance with his wishes but without his command or official approval of the authorities’ actions. Back during the first Congress of People’s Deputies, Andrei Sakharov [a physicist, one of the creators of the hydrogen bomb; subsequently, as dissident and human rights activist he was sent into internal exile in the town of Gorky, before being allowed to return to Moscow by Gorbachev in 1986 – RBTH] commented on Gorbachev’s behavior by saying: “We never know which of his decisions he makes himself and which occur as a result of his desire but as though by themselves. He knows how to make these maneuvers when he finds himself in a Zugzwang situation, to borrow a chess term, and in the end it all turns out as he wants.”

My friend Gyula Horn [a Hungarian politician who was Foreign Minister from 1989-1990 and Prime Minister from 1994-1998 – RBTH] was correct when he described the distinguishing feature of Gorbachev’s behavior in tricky and delicate situations: “If you want results and are convinced of the political justification for your decision, act by yourself.” In this case, even though Gorbachev did not get credit as the leader who brought down the wall built by Khrushchev, he did not have to justify himself before the conservative opposition and the generals in Moscow about why he personally had “given” the West the Soviet Union’s most valuable trump card – and practically for free.

Gorbachev was not the only one at the time to consider the Soviet generals’ reaction to the event. The entire western political establishment, beginning with West Germany, was caught off guard by the ease with which, as if by itself, one of the most complicated knots of the Cold War had unraveled, solving the Berlin problem – a problem that had been the cause of at least two intense crises in East-West relations since 1948.

Everyone in the West froze, waiting to see how Moscow would respond to this strategic cataclysm. Some were afraid that Gorbachev, even if it was not what he personally wanted, would be forced to use Soviet tanks to restore the status quo. In contrast, others feared that if he did not do this, he would be removed from power by an infuriated military that was unwilling to accept a revision of the results of the last war. In either case the outcome would have been lamentable: a loss of hope regarding perestroika’s changes in the USSR, and the return of the Soviet policy of confrontation with the West.

Paradoxically, people were more afraid in the West than the East that the Germans – both from East and West Germany – would be swept away by the euphoria of the fallen Wall and would forget their status as a defeated nation and want to take their destiny into their own hands. Suddenly, the awoken German volcano in the center of Europe had roused what seemed to be anti-German fears and hang-ups – feelings that had been smoothed over by years of Atlantic solidarity. This idea that history was repeating itself particularly affected Mitterrand and Thatcher; consequently, the two leaders – like Roosevelt and Churchill, who had turned to Stalin in their day – turned to Gorbachev.

Political and emotional panic seized western European capitals for several weeks and then reached Washington, which, thanks to the Atlantic Ocean, had been spared Europe’s anti-German syndrome, but was nevertheless worried about losing control over its most reliable strategic partner in Europe. (In a conversation with the Russian Ambassador Dobrynin, Kissinger, the most European of all American diplomats, also “suggested moving around” the Soviet military contingent stationed in East Germany.)

After the unexpected miracle of the Wall’s fall, the world held its breath in anticipation. Neither in Moscow, Bonn, nor Berlin had the leaders been prepared to see politics, which they thought they controlled, break free from their grasp and spill out onto the streets. In order not to lose face, Gorbachev had to convince everyone at home and abroad that he was still in command of the situation and in no way a victim of the forces that he himself had unleashed. To do so he had to warn Bonn not to make any hasty, independent steps towards national reunification. The river of history, which had suddenly overflowed, needed to be immediately redirected in between diplomacy’s concrete banks …

The Berlin Wall had fallen; the checkpoint barriers had been lifted. Receiving a travel passport and permission to leave their country became a constitutional right for Soviet citizens. But what a surprise! Cities in the East were not depopulated, and it was not necessary to close the factories due to a lack of workers. In essence, the Soviet government listened to the candid advice I had written twenty years earlier in a student newspaper: “Do you want to know if a Soviet student – or any citizen – is ready for a trip abroad? Let them go there.”

People in western Europe realized that the fallen Wall had not only been a police barrier behind which repressive regimes could hide, keeping their citizens under control, but also a “dam” that protected the West’s wellbeing and social model from the accumulated reservoir of poverty in the East, from aggressive legal nihilism, intolerance and social envy.

Andrei Grachev was Deputy Director of the International Department of the Central Committee of the Communist Party from 1989 to 1991. In 1991 he became Press Secretary to the head of the government, spending practically all his time with Gorbachev and associating a great deal with his family.

Read more excerpts from the books in our Literature section