Bringing a touch of Hollywood sparkle to Russian bookstores 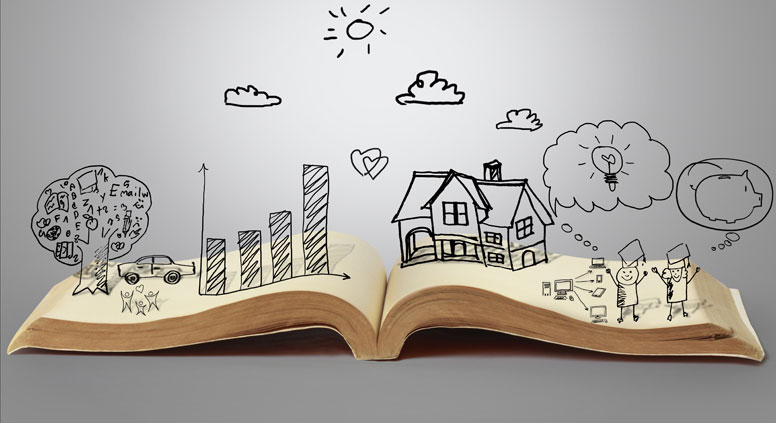 A book trailer has the same function as a movie trailer: the short clip must be engaging, while packing in the vital information readers need to get an idea of the book’s plot. Like the movies, book trailers rely on popular themes like love, death and magic – not to mention the ability to toy with the potential reader’s expectations a bit. A great example is the minimalist trailer for Gogol’s “Dead Souls,” which is described as “a thriller that will keep you up all night.”

The book trailer advertising Gogol's work is an amateur video that was shot for the All-Russia Book Trailer Contest. The competition was established in 2012 to revive the younger generation's interest in reading. According to the competition's rules, the video length must not exceed two and a half minutes. "All technological formats and books are allowed,” explains Nina Suslina, the contest's press secretary.

One contestant counted the number of broken windows, spilled liters of oil and invitees in Bulgakov's novel “Master and Margarita” and created an infogram. Another chose Andrei Bely's “Petersburg,” drawing a series of tantalizing scenes representing the book’s era.

A third contestant used cut-outs of the main characters in “Alice in Wonderland,” along with a voiceover that poses classic movie trailer questions such as “what does the Cheshire Cat’s smile hide?”

Over 500 works were screened at the competition this year. The winner received an invitation to shoot a book trailer for Russia's leading publishing house, Eksmo, which has already been producing such clips on a regular basis. However, as book trailers are still new in Russia, publishing houses are open to experimentation as they seek to find a winning formula.

Borrowed from the States

Book trailers first appeared in the United States at the end of the 1980s. The first was the trailer to John Farris's novel “Wildwood”. It shows the book cover and a voice in the background reads from complimentary reviews.

Later, the creators of the trailer to Christine Feehan's “Dark Symphony” vampire saga chose to tell the main plot in the video. The four-minute trailer was shown at the Louisiana Book Fair in 2003, and the genre has often been used instead of book presentations since.

The trailer is fast-paced and snappy, combining classic scenes from Russian life with brief glimpses of sexual images. It is not clear what effect, if any, this video had on sales, as book trailers were not considered promotional tools at the time, so no marketing studies were carried out.

Little has changed since then. "Our book trailers can mainly be seen on the Internet," says Director of Fiction at Eksmo Sergei Rubis. "Sometimes they are shown in bookstores. But we don't know how they influence sales. We don't have these statistics." In Rubis's view, it is difficult to determine book trailers’ audience, so the videos’ creators just go by the average statistics regarding bookstore visitors: 75 percent female, 25 percent male.

Eksmo's site, just like those of many other large Russian publishing houses, contains a special section for book trailers. According to Rubis, the trailers are usually filmed for new products, when it is necessary to give additional information about the plot or the author, or just stress a special feature of some kind – for example, if the book is published as a horizontal Flipbook rather than in the classic vertical format.

Not movie grade yet

The trailer was made by professional screenwriters, actors and cameramen, and if you don’t know that it is advertising a book, you might well think it is for a science fiction movie or crime thriller. This particular trailer is the most expensive Russian book advertisement to date: it cost the publishing house Azbuka-Atticus more than $10,000.

The other videos that this publishing house has filmed are much less flamboyant, as are its competitors’ trailers. Eksmo, for example, does not hire screenwriters or professional cameramen to shoot the trailers - the firm's employees do it using their own equipment. This definitely limits the quality of the videos, and they are often Power Point presentations with a clip from the movie adaptation if one exists. So, although the phrase “coming soon to a bookstore near you” may adorn posters in Russian towns, there is still some way to go before books get the same glitzy treatment as movies.