Bride and Groom: Getting married, Caucasus-style 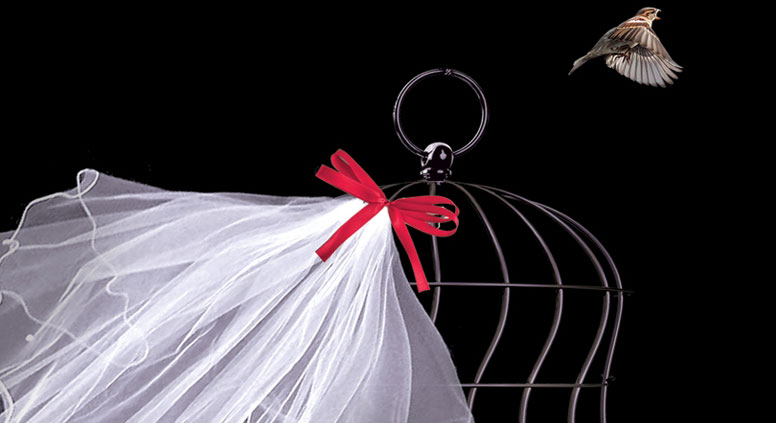 On March 16, the Yelena Shubina Publishing House released a new book by Alisa Ganieva called “Bride and Groom”. It is a book about contemporary young people living in the conservative North Caucasus. RBTH is publishing an excerpt set at an engagement party in Dagestan.

Alisa Ganieva, 29, lives in Moscow and works as a literary critic and editor. In 2009, her short novel “Salam to you, Dalgat” won the Debut literary prize for young authors. The novel was presented as written by “Gulla Khirachev, a young writer from Dagestan,” and its narrator is also a young man, describing his eventful life in the Dagestani capital, Makhachkala. The novel is full of colorful descriptions of life in the Caucasus and depicts such an authentically masculine worldview that it is hard to believe it was written by a young woman.

She had walked with difficulty for as long as Marat could remember. If he was not mistaken, she had hurt her leg falling off the roof of her house as it was being built. Shakh was also coming and going. Marat could see the flickering faces of his former friends and classmates. They were asking him about his law firm and his youthful escapades. They wanted to know whether there were girls in Moscow you could have a serious relationship with.

Marat gave jokey responses. A steady stream of well-wishers was going up to the mike, offering advice and endless identical toasts, wishing the poor bride-to-be 10 or even 15 children. Then suddenly Marat’s mother came up behind him; she was all dressed up for the occasion, wearing elegant zirconia earrings that she was more than happy to let people assume were diamonds. She was with a peroxide blonde wearing a leopard-print cape.

Marat said hello and even managed to remember – not without some difficulty – the name of Luiza’s husband and children.

“Just look at it,” his mother was saying, her plaits bobbing as she nodded to the leopard-clad Luiza beside her, who seemed in full agreement. “They’ve turned the engagement party into an all-out wedding. Do you remember how it used to be done? Quietly, at home, with only close relatives there. You brought a suitcase for the fiancée, gave her presents, discussed the necessary details and that was it. But now! They book a restaurant and invite so many people as if it were a hadj! Oh well. The bride’s a lovely girl. And the groom’s a dashing young man, isn’t he? I remember him often visiting us as a boy. Adik loved him.”

That was not true. Adik did not love Abdullayev. On the contrary, he was afraid of him, but Marat did not protest, especially as his mother’s voice trembled when she mentioned Adik.

“That’s Luiza’s niece over there, by the way!” his mother said, perking up again and indicating meaningfully towards the dance floor with her chin. “She’s such a stunner! And how well she moves! So graceful, isn’t she? Look at her waist – it’s thinner than my finger!”

“Stop it, Khadizha,” the leopard-clad Luiza said, laughing. “Don’t slander my niece. She’s not at all thin. And not scrawny! She eats well. She’s strong and healthy. And she has a sunny disposition.”

“You’re putting words in my mouth, Liza. When did I say she was scrawny? Miushka, though, the Gadzhiyevs’ daughter, now she’s beyond thin. Such thin arms. What can you do with arms like that? How does she cook? I doubt she’s strong enough to open the oven. But your niece is a joy to behold. I pray that Allah gives every woman such a daughter-in-law.”

Marat felt nothing as he watched Luiza’s niece on the dance floor. The compliments his mother was lavishing on her seemed to be accurate. He liked her figure. He could hardly see the girl’s face, though. Her long hair that stretched down to her tailbone kept falling over her chest and cheeks that were red with blusher. He recalled Pati’s somewhat childish, intelligent face and felt a simultaneous warmth and sadness.

“Go on, Marat, ask her to dance,” his mother whispered in his ear before she and aunt Luiza returned to women’s tables.

Marat lazily watched the girl as she went back to her seat right in the center of the room, next to Abdullayev’s fiancée. He picked up a rosebud that somebody had left on the table, its outer petals already starting to shrivel, and went over to Luiza’s niece.

She noticed that somebody was approaching and instantly buried her face in her flashy smartphone, pretending that she was deaf and blind and that her only concern was tapping her manicured fingers on the sensitive screen. Marat handed her the rosebud. She put her telephone down and slowly got up without looking at him, keeping her eyes on her smiling table companions and Abdullayev’s bride with her thin, angular profile. This close you could see just how young she really was.

Luiza’s niece turned out to be a good dancer. As well as smoothly gliding across the small restaurant’s tiled floor, she moved her feet in time to the fast music. It even seemed to Marat that she danced with him for more than the two or three minutes prescribed by etiquette. Or perhaps time had slowed down while they were dancing.

“Do you know anything about that girl? The one I’ve just been dancing with?” he asked Shakh, who had retaken his seat after the dance.

“Yep. She’s showy. Loves luxury, although her family isn’t well-off. An idiot is what she is. Did you like her?”

Marat smiled. “My Mom did. And she can dance. But her face…”

“Yeah, you can tell from her face that she’s got no brains. I used to go wild for girls like that. But I’m bored of them now,” Shakh said, fiddling with a water bottle.