Female poetry: From the search for God to stage performances 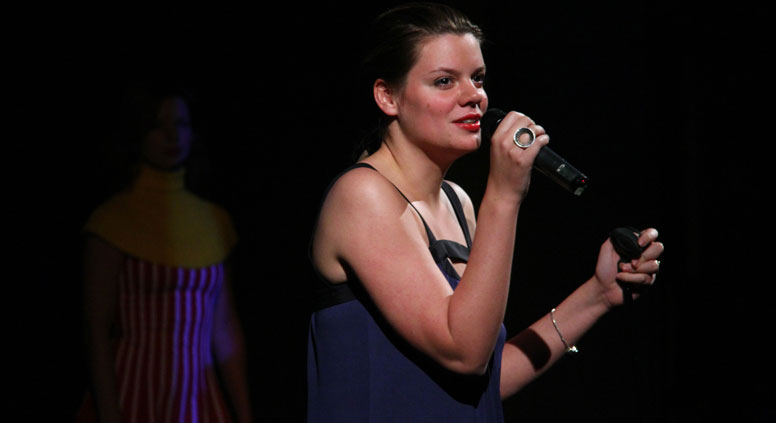 Contemporary female Russian poets are continuing to write in the tradition of Akhmatova and Tsvetaeva, but they are also addressing issues solely affecting women. RBTH has selected five varied, striking poets who reflect female poetry in Russia today.

"I am a poet, not a poetess!" wrote Marina Tsvetaeva to her friend and literary scholar Yuri Ivask in 1934. From the beginning of the 19th century, female poetry was often conflated with love poetry, but the two most important Russian 20th-century female poets – Tsvetaeva and Akhmatova – distanced themselves from this categorization, positioning themselves as serious poets on a par with their male counterparts.

After World War II, female poetry was mainly dedicated to the conflict’s victims and survivors. Important figures at this time were Olga Bergholz, who wrote about the Leningrad Blockade, and Yulia Drunina, who wrote about her fellow women at war. Censorship stopped many poems from being officially published in the Soviet era, and there was already an active underground poetry scene by the 1960s and ‘70s. 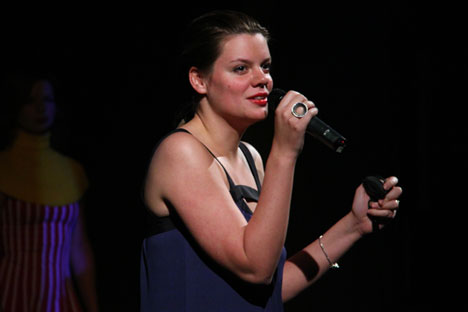 Vera Polozkova, 29, belongs to a different, younger generation of poets. She became popular thanks to the net, where she started publishing her poems on Live Journal with the handle Vero4ka. Her poems almost always consist of a dialogue between the protagonist and her beloved, often on the theme of parting or misunderstanding. For this reason critics have dubbed her poetry naïve and amateurish.

Polozkova now gives poetry recitals in packed clubs, making every occasion a performance. She acts out the characters in her poems and records them on video, adding musical, film, theatrical and literary elements. "I want to break out of the genre. I despair at how boring it is to watch someone get up on stage with trembling hands and, stammering, forgetting the endings, read their poems for one hour," Polozkova said in an interview with Expert magazine. 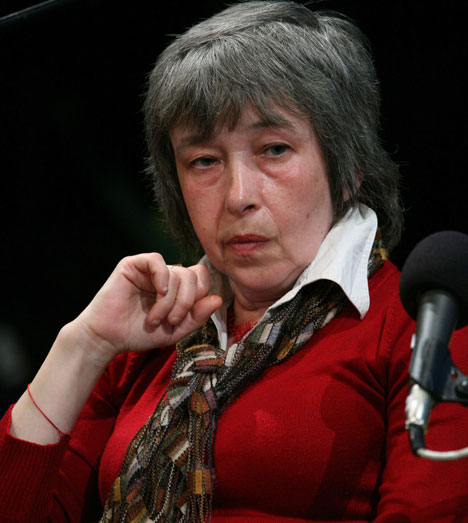 Before the 1990s, the poetry of Yelena Shvarts (1948-2010) was published in Samizdat (the unofficial, self-published literary underground), and her first official collection of poetry came out in New York in 1985. Her poetry mainly deals with mankind’s and the poet's search for a place in this world. Shvarts likes combining religion with historical facts, combining reality and mysticism. Imagery is always key to her poetry, as in, for example, "Animal-Flower" (1976):

I will be violet and red,

Inside a perilous humming cloud

Of bees and wasps I'll be a sacred well.

And when my flowers fade,

O Lord, O Lord, What a bitten lump there'll be left over,

Grown cold and with its skin split wide,

"Her poems were challenging, which is why she was considered an heir to the Silver Age," says literary scholar Alexander Kobrinsky. Literary magazines only began publishing Shvarts towards the end of the 1990s. 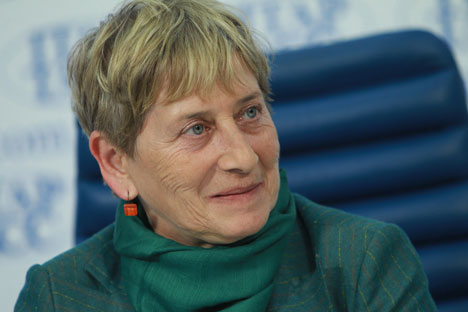 Philologist, Doctor of Theology and translator Olga Sedakova (born 1949) was also only published for the first time in 1989, and her first collection of verse also appeared outside the USSR, in Paris. Today Sedakova's poetry collections have been translated into English, French, German, Chinese and Hebrew. She writes about man and God, who directs him throughout life. Her calling card is a poem from the Chinese Journey cycle (1986):

is the person who thinks of tomorrow while talking with

is the person who does something and thinks that

and not that the air and sunlight rule him,

he who plays a chord and thinks

of what comes next –

Sedakova is not only a poet: she speaks out strongly on societal issues too.  She was one of the cultural figures who spoke negatively about Russian society's reaction to the Euromaidan protests and their depiction on Russian television. "All of us in Russia – those of us who are horrified by the prospect of war in Crimea – feel quite helpless at the moment… Even so, that is not the worst thing. The worst thing is that it is completely impossible to hold a dialogue with the vast majority of our compatriots, who quite sincerely, believing every word, repeat the same loathsome slander that they are fed by official propaganda. This propaganda gives rise to an unprecedented level of aggressiveness…. No, I do not want to be guilty. I wish you a future that is open and free, a future that evil spirits are now attempting to smother. May God prevent them from succeeding in their intent." (Click here to read the full speech). 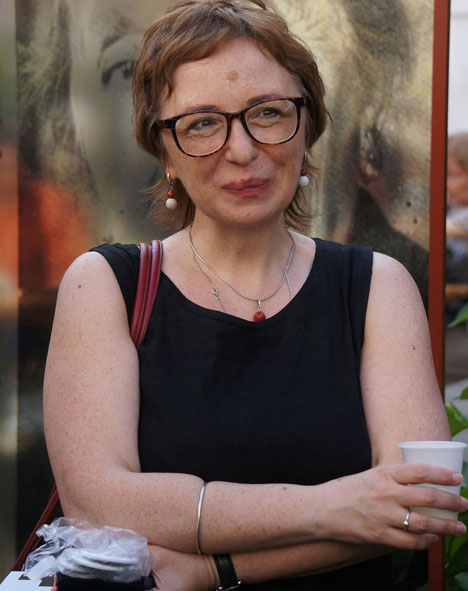 Yelena Fanailova (born 1962) writes civic poetry that always explores issues related to love. The poem "Again they are for their Afghanistan…" (2001) tells the story of a soldier sent to fight in Grozny. This story is intertwined with that of his relationship with his wife. She flies to see him, then has abortions, and gets old. He experiences the day-to-day reality of war, rapes local girls with his fellow soldiers and returns home. "Now the lovers are both forty… I’ll never find another country such as this."

Fanailova, who works for Radio Svoboda, is often called a harsh poet for her realistic depictions of people ("A one-armed woman on a beach removes her prosthesis and then swims and sunbathes"), for her cursing ("I'm an empty person, a vessel of shit"), and for her blunt and unique political statements ("The nation salutes me, …, it is taken hostage everyday and yet seems not to feel it"). 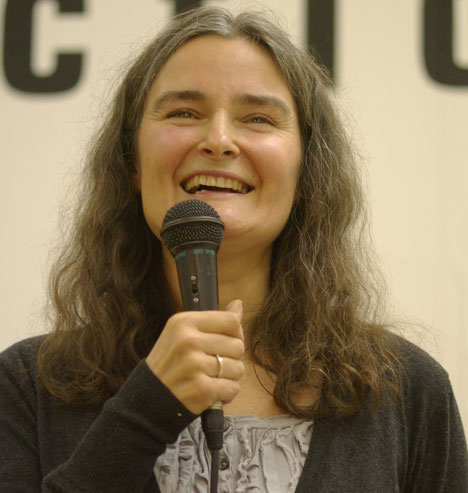 Adolescent sexuality. Does there exist another?

Love experience. Does there exist another?

I have brushed my teeth.

This day and I are now even.