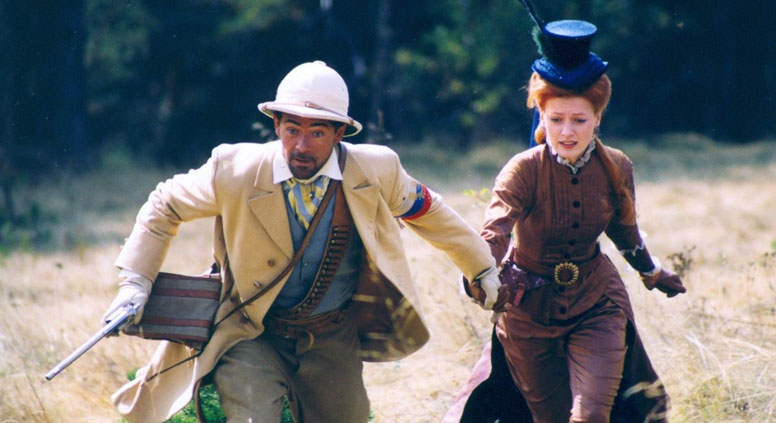 A screenshot from The Turkish Gambit, a movie based on adventures of Erast Fandorin by Boris Akunin. Source: kinopoisk

RBTH is republishing an excerpt from a new guide to modern literature composed by UK-based Russian author Grigory Ryzhakov.

Russia has a rich history of producing mystery, crime and adventure fiction, and here I present modern novels combining elements of all three genres. The most popular books in Russia are probably detective stories, many of which are set in Tsarist Russia. These books introduce exciting aspects of Russian history and describe the way people used to live in the Russian Empire.

Boris Akunin is a celebrity author in Russia and he’s widely translated around the globe. He’s mostly known for his two historical detective book series, Erast Fandorinand Pelagiya, featuring a male and a nun sleuth, respectively. Akunin has amazing erudition and attention to detail, yet he somehow excels at avoiding infodumps and keeps the plot rolling in a gripping way. Akunin used to translate Japanese fiction into Russian and he’s also written many non-fiction books on history and philosophy.

Leonid Yuzefovich’s Harlequin’s Costume is set in the late 19th century in St. Petersburg. The legendary secret police chief Ivan Putilin investigates a murder of a top diplomat. Failure may cause a war. Putilin is a real historical figure, which makes the book even more interesting. Other books in this series, The Rendezvous House and Prince of The Wind, have not yet been translated.

Surreal crime in the Soviet Union and beyond

The darkly comic stories of Andrei Kurkov often featuring murder plots can also be considered adventures. Spies, mafia and intelligence agencies as in Le Carré’s novels coupled with a touch of the surreal à la Bulgakov’s Master And Margarita is Kurkov’s trademark. I would start with Death and the Penguin and Penguin Lost. What do you think this bird is doing in the crumbling Soviet Union?

Humor and crime are also essential ingredients of Andrei Gelasimov’s The Lying Year, a story about a rich Russian who hires a ne’er-do-well office worker called Mikhail to teach his teenage son Sergey “how to be a man.” Naturally, Mikhail screws up by falling in love with Sergey’s love interest, Marina, who looks like Audrey Hepburn. Mikhail has to lie, lie and lie his way out to survive. But he’s not the only liar, as he finds out when he gets mixed up with crooks. The Lying Year is a light, lively yet psychological read reminding us what a fun rollercoaster life can be.

From cats to killers

Somebody asked me the other day whether Russians have succumbed to the cat craze too. Cats are adored in Russia as much as dogs. It is no wonder that Ilya Boyashov’s The Way of Murihas become a popular bestseller. Muri is just a cat that has lost his owners in Bosnia during the recent war. He travels around Europe dealing with animals, people and supernatural creatures. What is he searching for? A new home and his previous owners? What are you looking for in your life? Do you know where are you heading? Home? What is home? Are we looking for shelter and comfort, or something more? And when we lose everything, where do we go? Muri’s path is a satiric allegory of a personal quest for meanings. Cat lovers should be warned: cats aren’t shown in the best light here.

The list wouldn’t be complete without a killer thriller, Sergei Kuznetsov’s Butterfly Skin, a terrifyingly visceral tale set in modern-day Moscow. A female journalist called Xenia sets up a trap for a serial killer only to discover her own dark side. Not scared enough? You should be.

Since scaring you is not my forte, I will wrap up. However, there are many other noteworthy Russian books I could add. These include Alexander Terekhov’s Stone Bridge, a retrodetective on an NKVD case set in the Soviet Period, Oxana Robski’s Casual about crooked new Russians and Peter Aleshkovsky’s Skunk on teenage crime set in modern Russia, and Max Frei’s The Labyrinths of the Echo, a fantasy crime detective series, all reviewed in other chapters of this guide. Enjoy reading them! 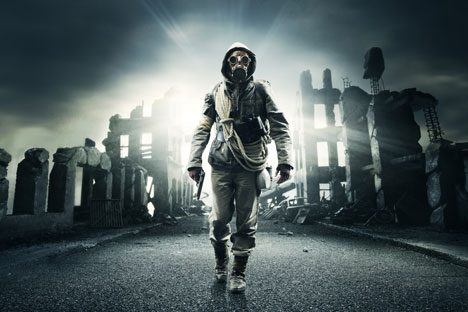