Nabokov vs Hemingway: Do you feel the difference? 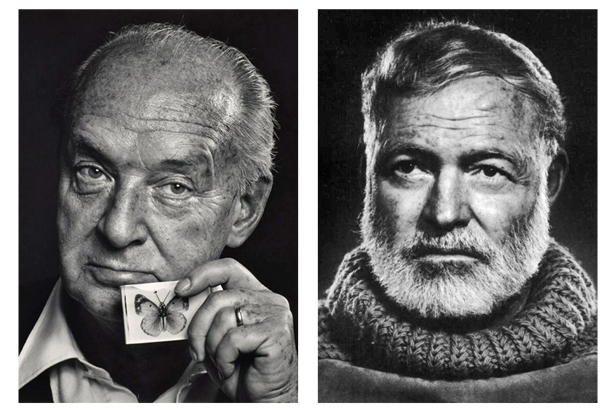 Hemingway and Nabokov could have met a hundred times, but never did. But never mind, we can compare them virtually.

July 2 is a tragic date in the history of world literature. For it was on this day, 16 years apart, that both Ernest Hemingway (1961) and Vladimir Nabokov (1977) passed away. 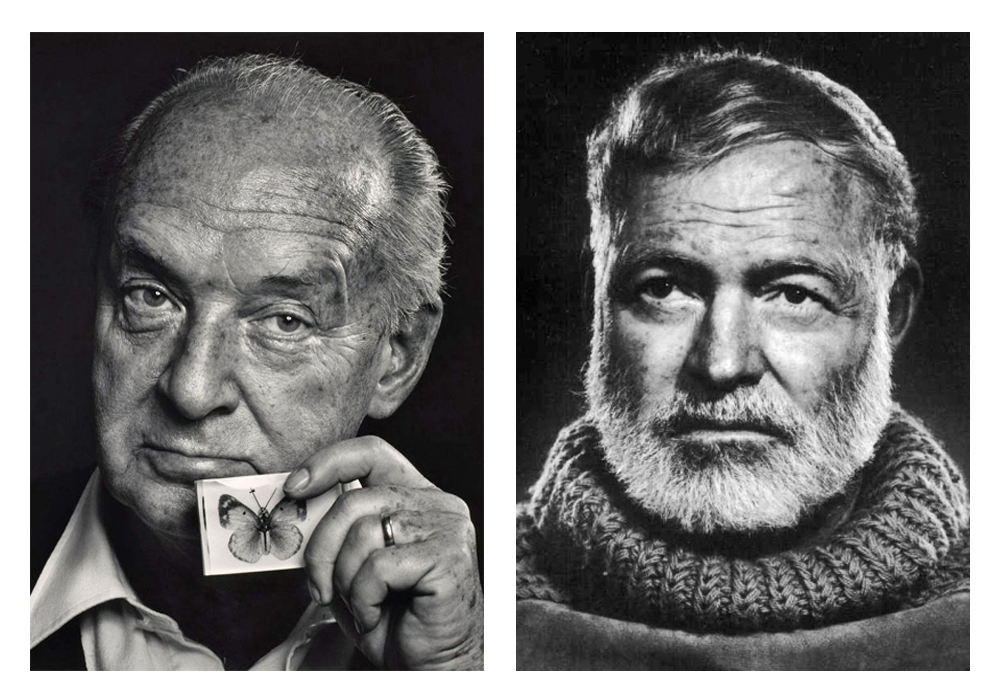 Both were born in 1899, both were ardent anti-fascists, both were fond of boxing and hunting, and both spent their life on the move. Hemingway came of age in Paris and wrote about it in his memoir A Moveable Feast; Nabokov’s equivalent was A Guide to Berlin. Hemingway won the Nobel Prize in 1954 for his novella The Old Man and the Sea, while Nabokov was nominated on several occasions (the last time at the personal request of Alexander Solzhenitsyn), but did not receive the award. This could have upset Nabokov, but he did not lose heart and a year later published the brilliant Lolita, after which he was reputed as America’s preeminent novelist for several years. That was when no one had even heard of Nabokov in his native Russia, while Hemingway’s honest, straight-talking texts were read avidly in the Soviet Union.

Hemingway and Nabokov could have met a hundred times, but never did. But never mind, we can compare them virtually.  Guess which quote belongs to whom, and find out where your empathy lies!