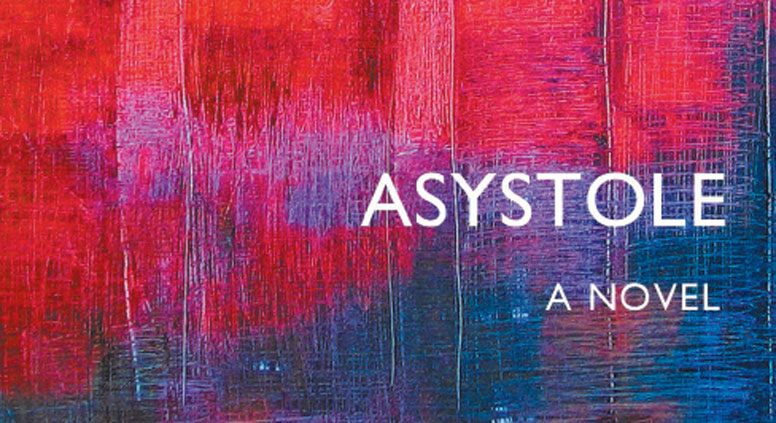 "Asystole", the new book by Oleg Pavlov, published in Glagoslav, is a challenging, hallucinatory narrative about a young Russian man's life. RBTH presents an extract looking back at the '90s, one of the most turbulent times in the country's recent history.

He remembers. The snow was falling and covered the corpse. Soon you could not even make out the outlines of the body. Everything was swallowed up. The season was winter. A man, his body which no one wanted, under the snow, not far from a standard issue cinema which looked like a crematorium. And now, as he arrived back home at the house on the Prospect, when he came out of the Metro, a corpse was lying a little apart in the trampled slush, covered by a large piece of cardboard. Feet were sticking out in shoes which seemed to have been squashed. The spot was being guarded by a lone police officer, dumb in the fullness of his powers, stern of mien, wearing a blue-grey greatcoat which made him look like an enormous pigeon flown down to peck at something and now strutting on the asphalt, but he was looking around with bird-like stupidity in all directions and at people, and in order to do so having to turn his whole body together with the head on its thick neck. He remembers this day, not for any horror but for a sense of hopeless weariness. He saw it. Was that really he? Was it on that day? He went back to his home with nothing, without even the keys to an apartment, deprived of that other one he had only rented. Because he had no money. Because life had to go on.

Sasha, his mother, his little room. Their apartment. That expression, “bare existence”, had yet to appear. He had lost all his money, never having got used to having any, but also never having learned to take care of it, unless by spending it immediately. Everything vanished into thin air. The old order was dying. The new order instantly became old and also died. In the streets people were peddling brassieres, trying to entice customers. “This is the latest style, my dear, you should buy it now. It’ll fit you!” A girl stares at the bra, feels it, trying it against her breasts to see how it will fit, visualizing them right there in the street. A tipsy violinist is playing his fiddle in the wine department and nobody chases him out, because without his plaintive, waif-like gut-scraping people would be turning nasty. He plays away, and from time to time someone steps out of the crush, tired of standing in the queue, cursing life itself, but at least still capable of taking pity on a fellow human being, and tosses him some change, recognizing his need to drown his sorrows. As the queue moves along he gradually accumulates, in full view of everyone, enough for a bottle and you hear people shout, “Let the fiddler to the front of the queue! Stand back, let the fiddler through!”

A pregnant Armenian woman with a vast belly is selling vegetables in the market. It looks less like she is working for two, than that the two of them are working, she and her huge belly, or rather, the little person inside that belly, as if he is pushing and kicking with his little arms and legs to help as best he can. Her husband, an Armenian, is sitting on a crate doing nothing.

A security guard in the car park looks like a looter, with women’s wristwatches on his massive forearm.

All these pictures he had floating in front of him and remembered them. What he forgot instantly were the pictures he painted.

Everything was dying, ceasing to exist, disappearing. Words, money, everything. People got used to hearing on the news about more and more murders. People were killing other people for money, but nobody was monitoring them. Existence. You had again and again to search for the meaning of existence. Hoarding was a manifestation of fear, not greed. Money. The realization that money was the road to salvation. In U.S. dollars? In Russian rubles? It was like trying to foretell the future, how to rescue yourself, how to safeguard yourself, and even, if possible, to accumulate a little interest, in other words, to gain rather than lose in the process. And if there was a crash, the important question was, in which currency would some huge part of the world collapse? Europe, America, Russia? But that came later. Words began to vanish without trace. Things disappeared: petrol, sugar, cereals, sunflower oil, butter, matches and salt, wine and milk. Something new was rationed every day.

He remembered standing in a queue with his mother at a tobacco kiosk. The queue was a crowd, with everyone trying to remember who was before or after them in order not to lose their place. A sea of humanity augmented one by one by further victims clutching their ration coupons. A sea united by a sense of solidarity as it waited for the next delivery; a sea which became pathetically, timorously agitated as people clamoured at the window; which became a river sucked into this seemingly empty hole which swallowed exhausted people one person, one drop at a time. The window would slam shut if the tide of indignation rose too high and became angry and derisive shouting was heard; and open again when the queue again became subdued, consenting to wait meekly as it moved forward. The odd person would try to shove in, and then the queue would suddenly unite to defend itself for a few moments. Some dodgy-looking characters were hanging around, buying whole blocks of cigarettes off people and reselling them instantly, fearing nothing and no one. It really felt as if the regime was no longer in power, the regime which had forbidden that sort of thing, which maintained order and protected everyone. The sea of humanity became restless when a whisper went round that the goods were running out and there would not be enough for everyone. The crowd pressed round the kiosk, the shouting and pushing began again, and screaming and choking.

He and his mother were close to the window. He remembered the fear they felt, not of the crowd but that they might come away with nothing. His dauntless mother minded his back. He could feel her behind him. At the window, right in front of them, a short, stocky man pushed in, thrusting forward his money and coupons. He grabbed the man’s arm and pulled it back, saw his face, contorted and scared. He was scared too and his body began to shake. The man stiffened and with all his strength pulled his arm free. He took a swing and suddenly punched the man in the face, afraid the other would get his punch in first. His mother put her arms round him and someone else put their arms round the man with the bloody face, who was yelling something. The crowd held the man and were smothering him and looked as if they would tear him to pieces. He remembered someone shouting, “What are you doing?” He remembered thrusting his fistful of rubles in the window and then, pushing back the crowd pressing in on all sides, letting his mother through to the window. They forced their way out of the crowd, and it was only then he realized that, for the first time in his life, he had hit a man and drawn blood.

The excerpt was provided by Glagoslav Publications

Read a review on Oleg Pavlov's Captain of the Steppe

Find more excerpts from the books written by Russian authors