'I would like to live and die in Paris': Mayakovsky abroad

Culture
Vera Efimowich
RBTH tells the story of the famous Soviet poet’s visits to Europe and the United States. 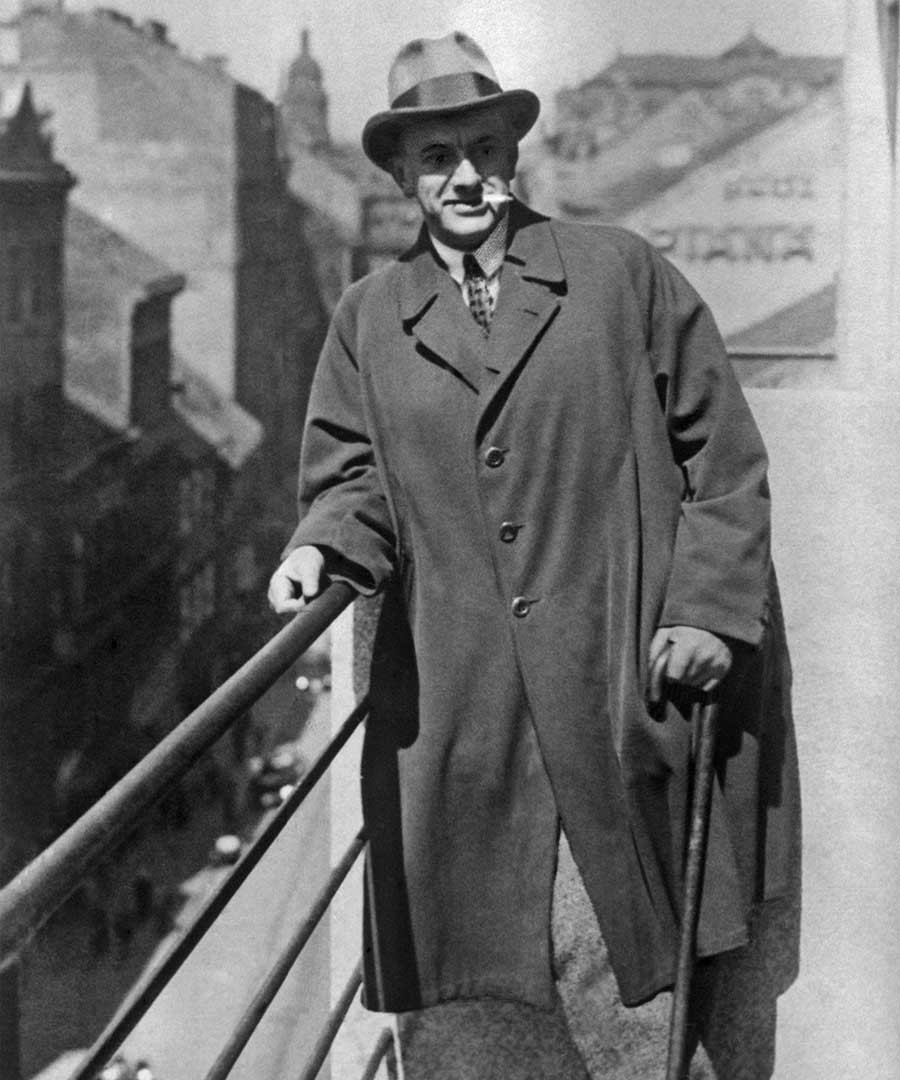 Vladimir Mayakovsky was one of the major Russian poets of the first half of the 20th century and a leading member of the futurism movement. His poems, which are marked by their rebellious spirit and unconventional broken rhythm, are still popular. He invented new words, randomly placing them within sentences, while the lines of his poems themselves form symbolic visual representations in their own right.

Mayakovsky was unconventional in his private life too: from 1918, he lived in a ménage à trois with his lover Lilya Brik and her husband Osip Brik. He conducted numerous affairs with other women at the same time.

Mayakovsky outside the Soviet Union nine times and had dreams of around the world. During his trips, he delivered lectures, recited poetry and had meetings with various cultural figures.

He returned from each of those trips with suitcases full of books, and copies of drawings, which he distributed them among his friends, eager to share new ideas the art world. Naturally, he also wrote about his journeys in his poetry. Mayakovsky summed up his attitude to other countries in this way: "I would want to live and die in Paris if there were not such a place as Moscow."

His works have been translated into English, German, Czech, French, Japanese and Chinese. The Malik-Verlag publishing house in Germany published the first translations of his poems, during his lifetime.

In the 1920s, Mayakovsky made several trips to Europe, which he used as a means of getting to know contemporary European art.

He made his first public appearance in front of a foreign audience on Oct. 20, at a meeting in the Berlin café Leon. During his stay in the city, the poet got to know several German artists, including the expressionist George Grosz.

Paris made a great impression on Mayakovsky. After his visit, he wrote an entire collection of poems called Paris, in which he professed his love for the French capital. "If I were a Vendome column: I would marry La Place de la Concorde,” he wrote.

In Paris, Mayakovsky visited the studios of Pablo Picasso and Fernand Léger, met with Jean Cocteau and even attended Marcel Proust’s funeral.

He returned to Berlin in 1924. In his biography of the poet for the Outstanding Lives series, Alexander says that Mayakovsky wanted to get a U.S. visa during this particular trip. As the Berlin-based newspaper Nakanune reported at the time, “Vladimir arrived in Berlin yesterday on his way to the U.S.”

A Muscovite in New York 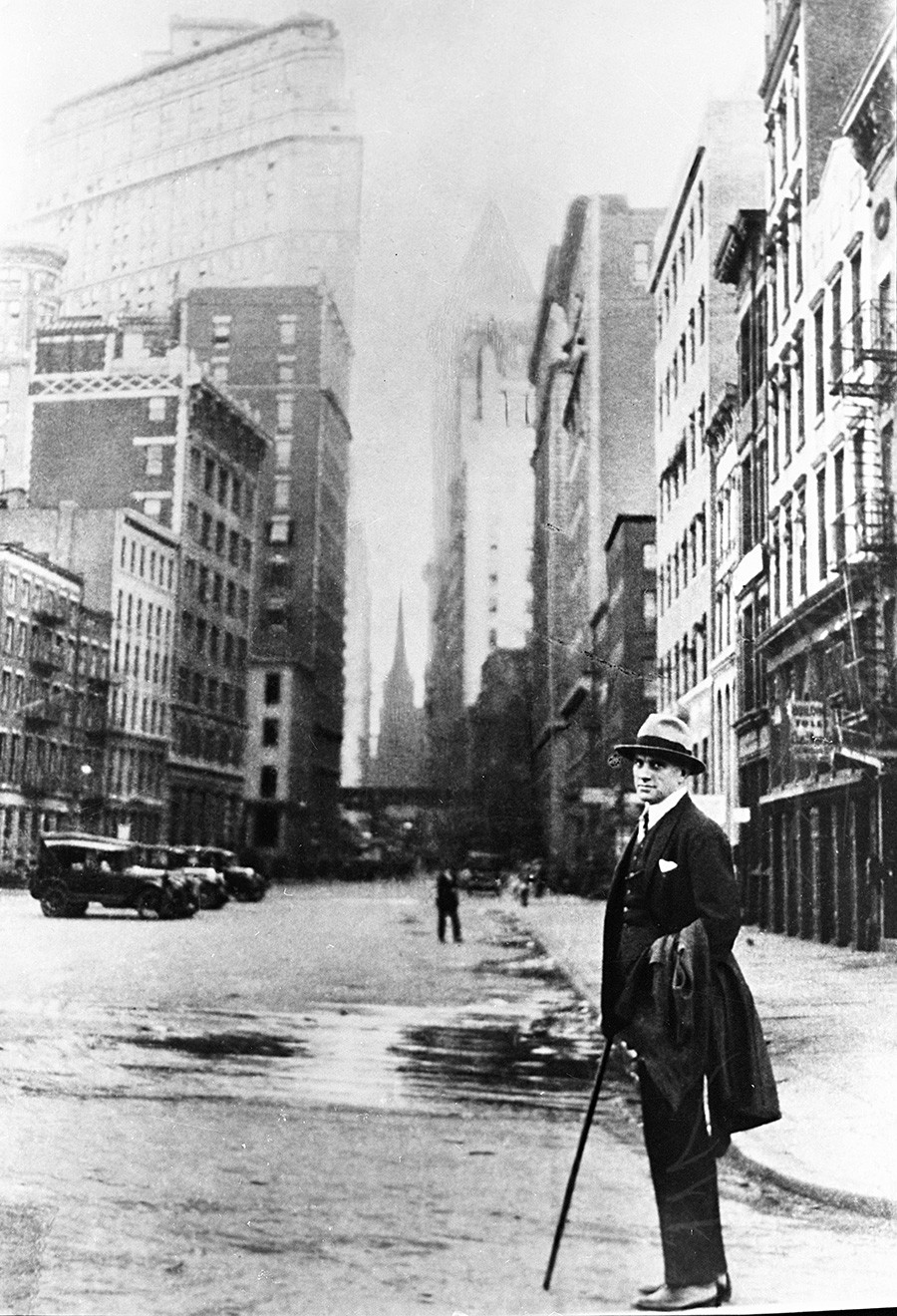 Mayakovsky did achieve his dream of visiting the U.S. in 1925. he went to Cuba and then on to Mexico, where he met the modernist artist Diego Rivera, a communist. Mayakovsky was enchanted by the Mexican landscapes, writing: “In an absolutely blue, ultramarine night there are four bodies of palm trees, looking like long-haired bohemian artists. The sky and the earth blend into one. There are stars both above and beneath. Two sets of them. Above are motionless celestial bodies that are available to all, and below are creeping and flying stars of fireflies.”

Mayakovsky then spent three months in the U.S., visiting New York, Chicago, Detroit, Philadelphia, and Cleveland, giving lectures and poetry recitals to workers and figures from the art world. He was captivated by North America’s technical prowess. “More than the twisted landscape of Mexico impresses you with plants and people, New York amazes you with its elaborate construction and technology as it rises from the ocean,” Mayakovsky wrote in My Discovery of America, an essay he penned on his return. He also described his impressions of the journey in a collection of poems entitled Spain, Ocean, Havana, Mexico, America.