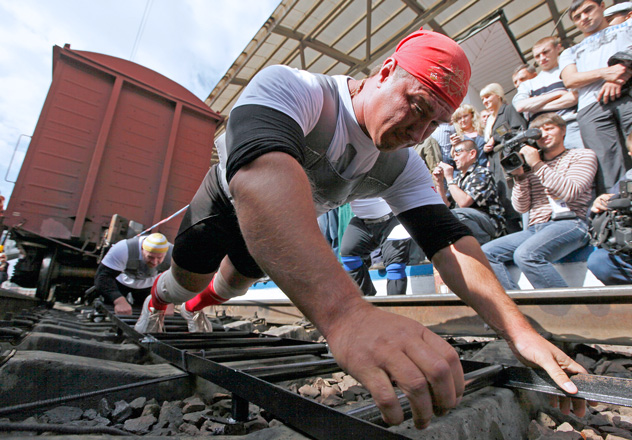 Athletes Vladimir Muravlyov (front) of Ukraine and Roman Gavrusik of Russia pull 10 railway cars, weighing 500 tons, over some 10-metres during in an attempt to beat a previous Russian record at the central railway station of Krasnoyarsk, July 29, 2011. They broke a previous record of 9 cars pulled, weighing some 460 tons in 2006. REUTERS/Ilya Naymushin