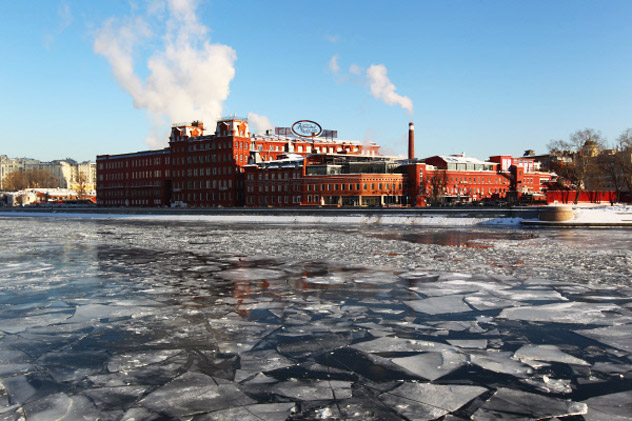 According to various Russian newspapers, the Krasny Octiabr (Red October) chocolate factory, one of the most prominent landmarks in Moscow, was due to be replaced with elite properties. This caused major discontent among the public. It was later revealed that the authorities had not approved such plans. Source: RIA Novosti/Andrey Stenin