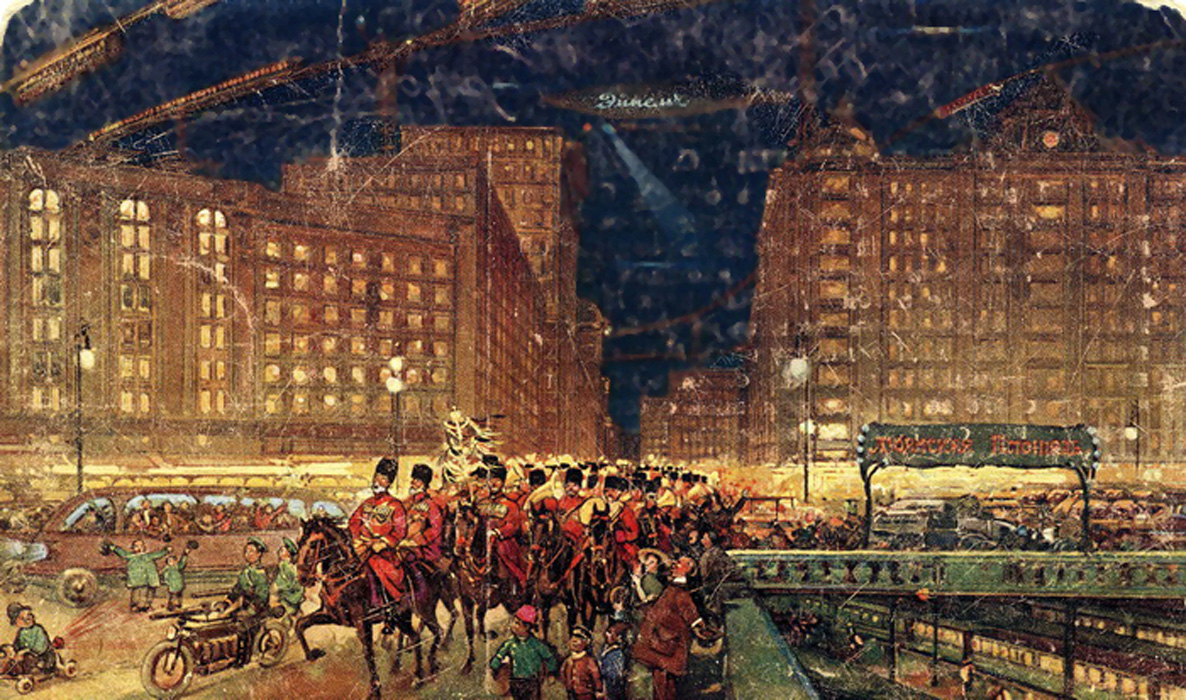 Lubyanskaya Square“A fair evening descends on Lubyanskaya Square. The sharp lines of gleaming aeroplanes, dirigibles and aerial railway carriages cut across the blue sky. Long carriages of the Moscow Metro, merely an idea today, in 1914, shoot out from beneath the square. Gallant Russian troops are lined up on the bridge in neat rows, in uniforms retained from our times. In the blue air overhead, we can see Einem’s cargo dirigible carrying a supply of chocolates to Tula to replenish the stock of local retail outlets.”

http://fototelegraf.ru/
The futuristic postcards were drawn in 1914, just a few months before World War I broke out. This is how visionaries of the early 20th century portrayed Moscow’s future.
Moscow Multimedia In pictures Nature People Culture Russian handicrafts