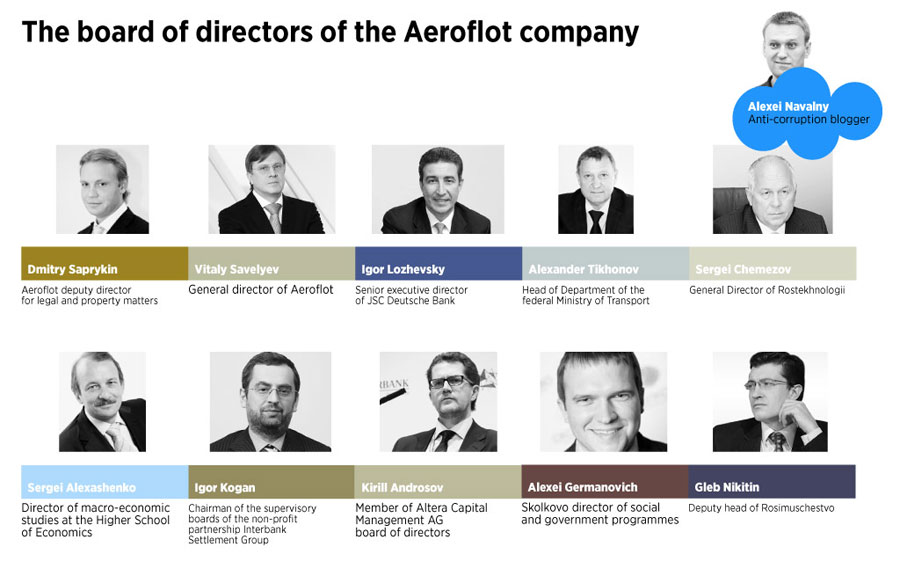 Anti-corruption blogger Alexei Navalny has become a member of the board of directors of the state-controlled company Aeroflot. His candidacy was backed by minority shareholders.

Blogger Alexei Navalny was elected to the board of directors of Russia’s largest state-controlled airline, Aeroflot. His candidacy was proposed by Alexander Lebedev’s National Reserve Bank, which controls about 15 percent of Aeroflot. Andrei Rozhkov of the Moscow-based investment and financial company Metropol estimates that Mr Navalny won 787 million votes, approximately 6 percent of the total number of shareholders.