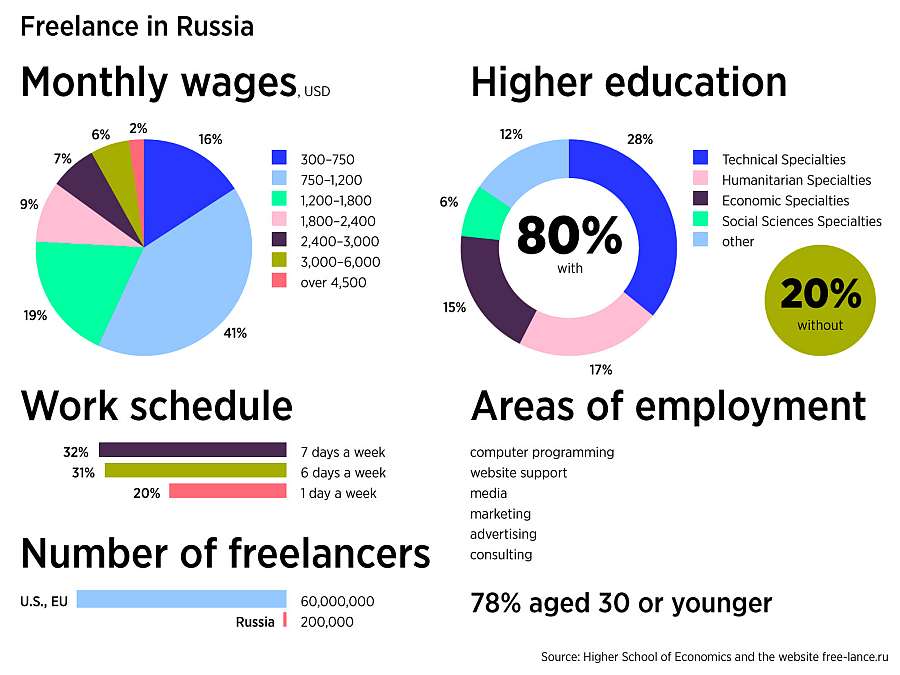 Freelancing is still a difficult concept for Russian employers to grasp, according to surveys. As an industry it is very young, both in the literal and figurative sense of the word. Working on a freelance basis was impossible during the Soviet era, when people without a permanent work place were considered parasites. As a result, few Russians had the ability to even explore this possibility until 20 years ago, and members of the older generation still find it a strange concept. Official statistics show that there are only 200,000 freelancers in Russia – just 0.3 percent of the working population. Many experts, however, believe that the actual number of freelancers is several times higher, but that these freelancers choose not to report their status fearing claims by the tax authorities.