London Olympics: A golden end after a tough start 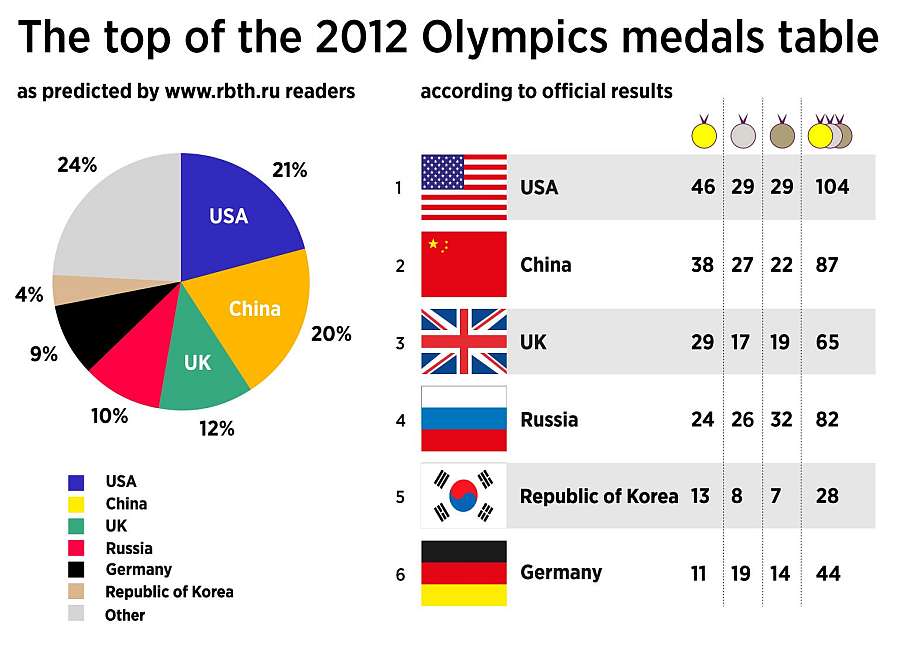 Russia sums up its Olympic results after the closing ceremony of the 2012 London Games. RBTH asked its readers to predict which countries would lead the medals table at the end of the Games. Here are results of our poll, along with the official count.

Despite a difficult start to the 2012 London Olympics, Russia eventually made its way to fourth place in the medals table with even better results than during the 2008 Beijing Olympics. In the end, Russia won 82 medals, including 24 gold, 26 silver and 32 bronze medals.