Abkhazia - a stirring child of Causasus 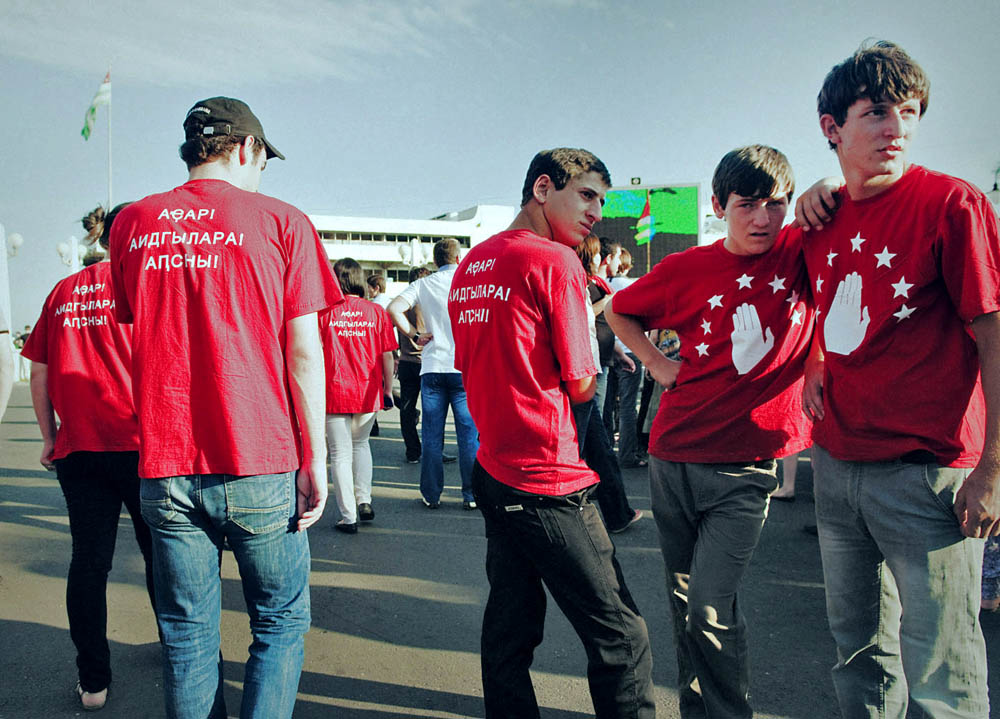 Abkhazia's coat-of-arms is a shield divided vertically into two halves colored white and green, with green symbolizing youth and life, and white symbolizing spirituality. The contour of the National Emblem and an episode composition is goldish. In the lower part of the shield, there is an eight-point star. In the top part, against the white and green background, are two more symmetrically placed eight-point stars. In the center of the shield is a horseman, the Nart Sasrykva, a protagonist in the Abkhaz Nart sagas. He is galloping on his magic steed, Arash, and pointing his bow and arrow toward the stars.