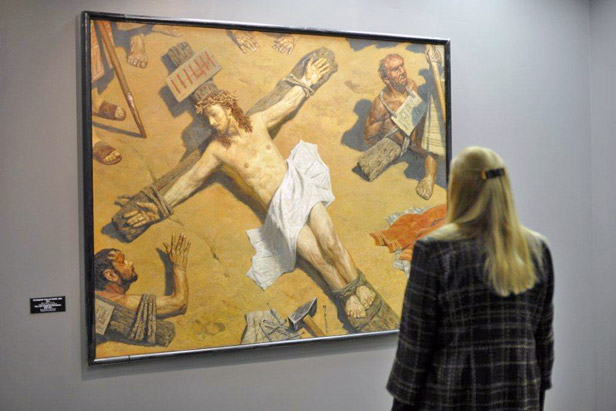 Gely Korzhev, a painter in Soviet approved style of Socialist Realism, he continued to be active after the dissolution of the Soviet Union.

The exhibition “The Bible through the Eyes of a Socialist Realist. Gely Korzhev” at the Institute of Russian Realist Art, Moscow, present his very unusual paintings, depicting Biblical themes. None of these pictures have been previously publicly displayed in Russia.

The work of Gely Korzhev has an important place in the collections of Russian museums. Korzhev has achieved high international acclaim featuring among others in the 2005 Guggenheim exhibition "RUSSIA!" and having a retrospective exhibition at The Museum of Russian Art in Minneapolis in 2008.