Ded Moroz and Santa Claus: It's hard to be a magician 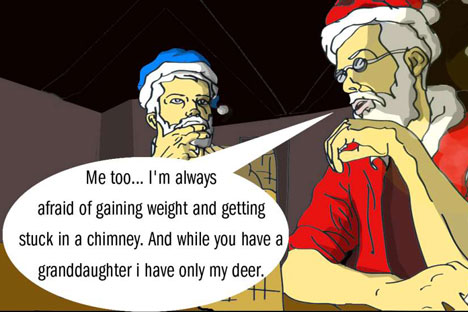 Ded Moroz, or Grandfather Frost, as his name translates, was introduced as the hero of the New Year’s Festival back in the Soviet days. When the atheist Bolsheviks took over Russia in 1917, they banned people from celebrating Christmas along with all the customs that went with it, such as decorating the fir tree. But years later, top party officials decided Russia could not do without a winter festival. They did not bring back Christmas but introduced New Year as the main festival – the first of which was celebrated in 1937.