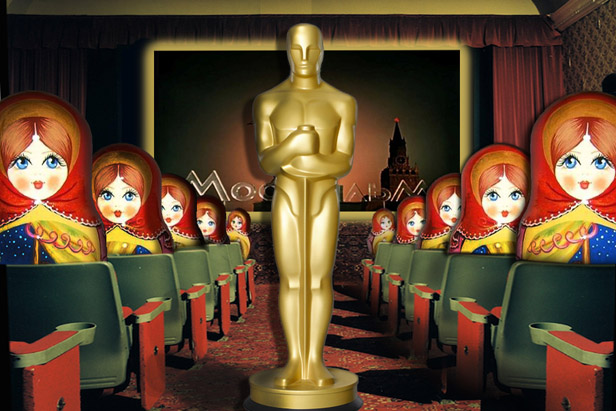 Today we commemorate the 115th birthday of one of the most prominent film-makers Sergei Eisenstein and take a brief glance at his major works, such as "The Strike", "October" and of course "Battleship Potemkin".

Russian cinema is like a matryoshka: following the recursive method, which in the art criticism is called "mise-en-abîme", it plays with the various meanings. This video-blog is to help you to gain an insight into contemporary (and as in this case - not contemporary, timeless) Russian cinema.

Today we commemorate the 115th birthday of one of the most prominent film-makers Sergei Eisenstein.

Last time in Cinematryoshka we've seen the recent Peter Greenaway's discourse devoted to video-art. Besides Greenaway hopes to shoot the Eisenstein biopic, Eisenstein in Guanajuato, which is focused on the Russian director’s stay in Mexico back in 1930. As we observed, practically every modern film maker (Russian or Western, or Asian, whoever) puts Eisenstein in the list of his influences. Not surprisingly.

Sergei Eistenstein, like other silent-film pioneers like Griffith and Murnau, has had such an impact on the history of cinema it's of course taken for granted.

Today we shall follow Eisenstein on his creative career path, taking a glance on his most prominent movies such as The Strike, October, Alexander Nevsky, Ivan the Terrible, and of course Battleship Potemkin, and keeping in mind Eisenstein's theory of montage. Through quick-cut editing, and distant shots of the multitudes of extras, the audience is not allowed to sympathise with any individual characters, but with the revolutionary population in general. Eisenstein does briefly break this mould, however, in a scene where Vakulinchuk flees the ship officer who is trying to kill him, and, of course, during the renowned Odessa Steps sequence, as our hearts beat in horror for the life of the unfortunate child in the tumbling baby carriage...