Number of the week: How much will Fabio Capello get if Russia fires him? 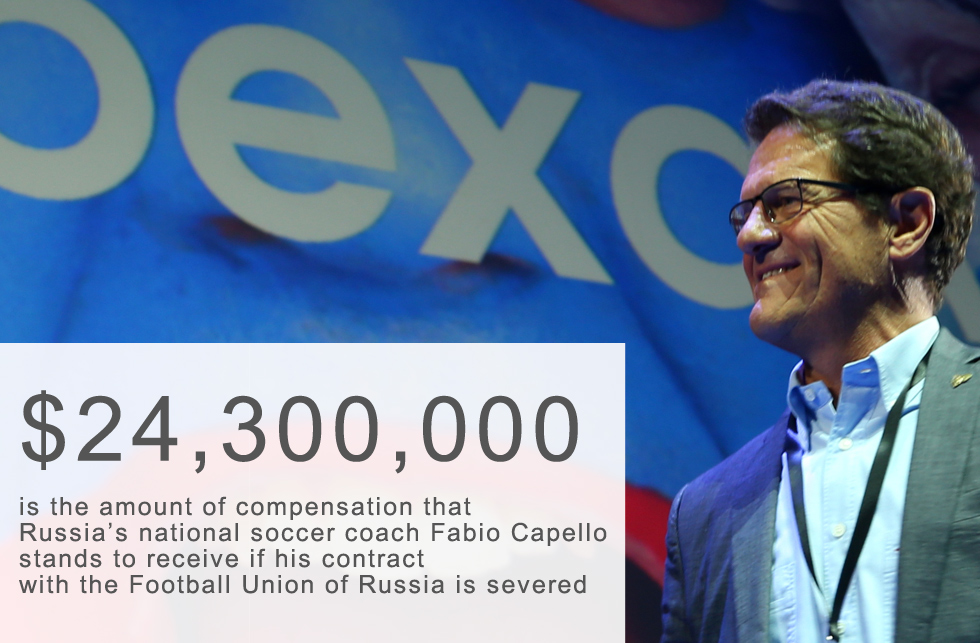 Russia’s national soccer coach Fabio Capello is in danger of being fired following a string of 10 matches in which the team has won only twice – against lowly Liechtenstein and Montenegro (the latter was declared a win for Russia after the match was abandoned). The recent 0:1 home defeat to Austria was labeled “a horror” by Kremlin official Sergei Ivanov.

Soon after the game, the president of the Russian Football Union Vitaly Mutko said that Capello’s dismissal was “under discussion.”

$24,300,000 is the amount of compensation that Capello stands to receive if his contract with the Football Union of Russia is severed.

This is equivalent to: