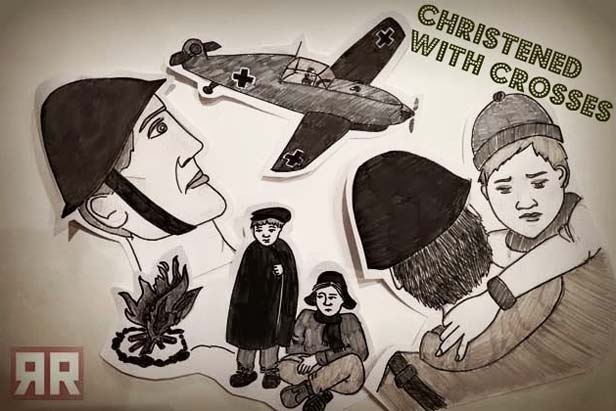 For those who want to become more familiar with Russian contemporary fiction, we have launched our audio book series for easy listening. Enjoy!

Voice over by Vladimir Sedov; back music by Belaya Gvardia, Utro: drawing and editing of the podcast by Daria Donina

Edward Kochergin was born in 1937, at the height of Stalin’s repression. He was separated from his parents as a small child. They were arrested under false charges of being foreign spies. The boy was sent to Siberia to an orphanage for children of “public enemies”. Some time later he escaped from the orphanage. It took him 6 years to reach St. Petersburg. He returned to his native city and, as if by a miracle, found his mother who had spent ten years in prison. The boy had survived only because he could make tattoos and bend wire in the shape of Soviet leaders’ profiles. It was only later, after studying at the academy of arts, that he was able to turn his artistic talent into his profession. Kochergin went on to become an internationally acclaimed stage and set designer and is currently the head of stage design at The Bolshoi Drama Theatre (Tovstonogov Theater) in St. Petersburg.